Well, the weekends for Halloween fancy dress parties are coming up fast, and you don’t have a costume yet. Maybe you do this every year, or maybe this is the first time in a long time you haven’t had a chance to sew something elaborate from the ground up. Either way, I’ve got you covered with another installment of my 10 Quick & Easy Halloween Costumes for Procrastinators! (Be sure to check my 2011 and 2012 editions for even more ideas.) 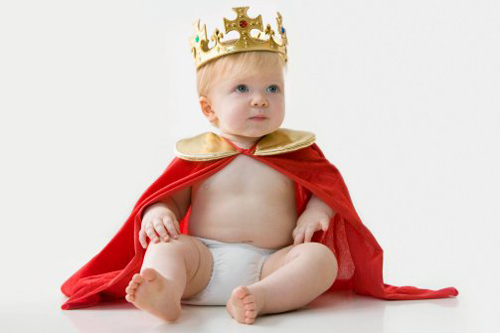 The Royal Baby
Footie pajamas, a crown, and a bejeweled (bedazzled) rattle and pacifier. Done! 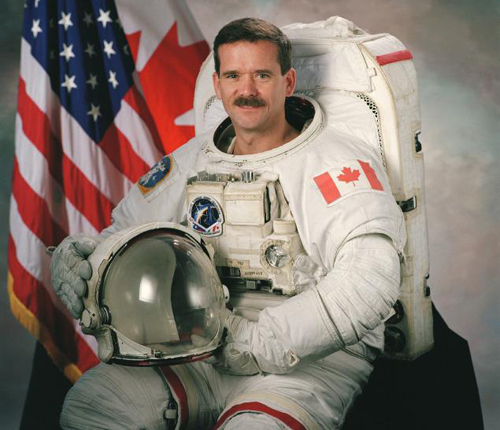 Chris Hadfield
The darling of the Canadian science community after his stint as the singing commander of the International Space Station, if you can borrow a cheesy astronaut costume and add a moustache and guitar, you’re golden. Otherwise, look for a polo shirt you can slap a NASA badge on. 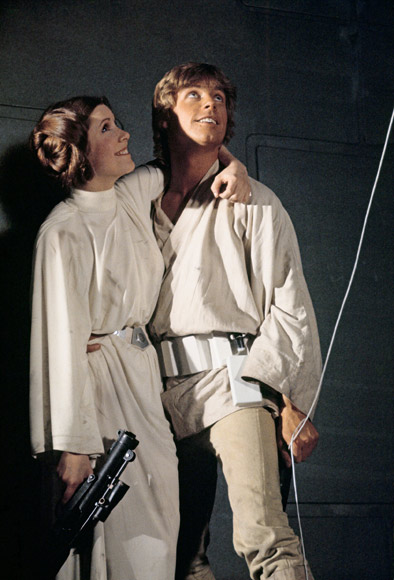 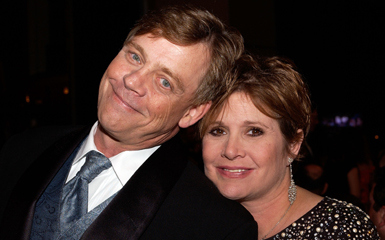 … and what they look like now. You get the idea, right?

Star Wars Re-Boot Character
Now that Disney has purchased LucasFilm and promised to make three more Star Wars films (they can’t be worse than the last three, right?), that opens up a plethora of new characters for Star Wars fans to dress as. Except we don’t have any new characters yet, just promises and a few vague descriptions. So, why not take the characters we do know about (Luke, Leia, Han, and the like) and go as senior citizen versions of them? Go with a similar outfit, but hike the pants up to your nipples, comb some baby powder through your hair, paint on some wrinkles, and hit up the intergalactic shuffleboard competitions. 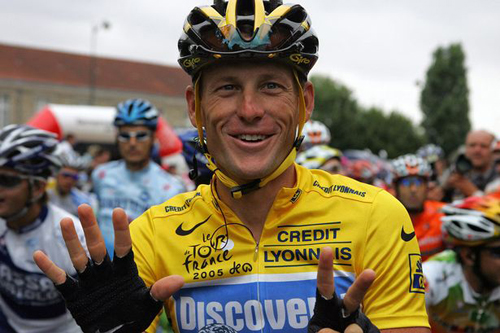 Lance Armstrong
(Yes, that really was this year). Anyhow, if you can borrow some heavily logoed cycling duds from a friend who enjoys cycling, that’s a great place to start. If you’d like to make some moderately tactless doping references with a syringe or two, that’ll complete the outfit. Be sure to brag that you’ve won just as many Tour de France races as the real Armstrong throughout the evening (you have, after all).

NSA Spy
Wear a dark suit and dark glasses, and then see if you borrow some cheesy kid’s spy gear (one of those “listening” devices with a neon green plastic dish/ray gun would be great). Transform a plain black wallet into a badge and then serve people imaginary warrants to borrow their phones all evening—a great excuse for an on-the-go photo booth. 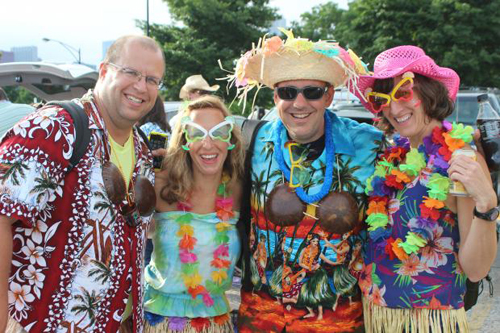 Summer
If your summer was as utterly rubbish as our was, I’d recommend dressing up as summer, and then going about and telling everyone that you decided to vacation in Britain summer, and you’re just terribly sorry you couldn’t make it this year. Interpret summer however you like—anything from a horrific Hawaiian print shirt to a summer dress with flowers in your hair will work (and likely be on hand). 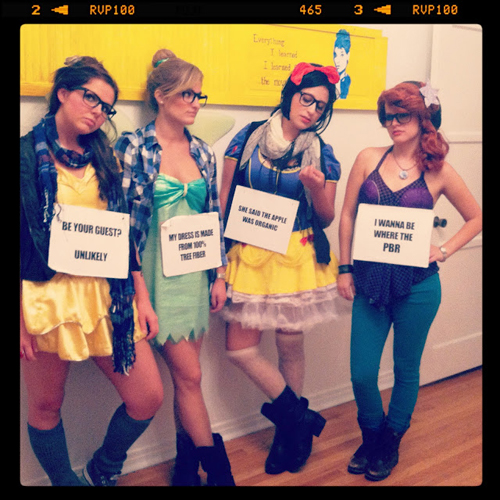 Hipster Disney Princess
A group of young women rocked this idea at ComicCon this year, and I just love it. Choose a princess you kind-of-sort-of resemble (I’d likely go with Belle since I have long, brown hair), and assemble a hipster-esque outfit that matches her colour palette. Large, ridiculous glasses are a must. Devise a few cliché hipster sayings that match your character (Belle might say “I liked hairy men in tight pants before they were cool.”), and off you go!

Leftovers
This one is pretty much the ultimate in last-ditch costume efforts. Using the supplies found in your kitchen, deck yourself out in tin foil and cling film, and make a hat out of an empty leftovers tin. And go as leftovers. Hey, at least you’re trying. (Cheers to Tim for this idea). Extra points if you carry around a half-eaten burrito or an old casserole and offer it to people as a conversation starter. 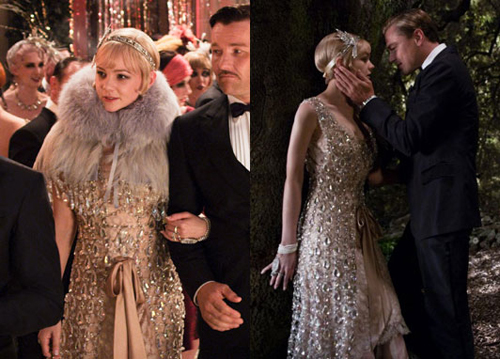 1920’s Flapper
A perennial Halloween classic, made all the more popular by this year’s The Great Gatsby. Given the (mysterious, in my opinion) popularity of drop-waisted/no-waisted dresses over the past few years, you shouldn’t have trouble finding one at your local thrift shop or in your closet. A few long strands of pearls, a boa, and some t-strap heels, and you are set. Bonus points for adding fringe and/or sequins. 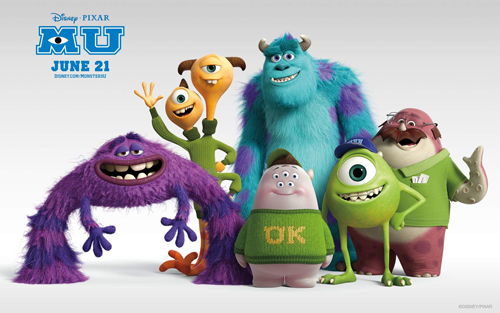 A Monster
Who doesn’t love Monsters Inc.? The best part about the new movie, Monsters University, is the wide variety of cartoony monsters it features, creating endless costume possibilities. Combine a bit of creative face paint (and maybe a set of deely-bopper eyeballs) with some studenty-looking clothing (old uni hoodies, etc.) and you’re golden.