10 Recipes to Make with Coconut Oil

It has recently come to my attention that I have over 800 (!?!) posts published on this humble little blog. Err… wow. I’m impressed by past me, that’s a lot of writing, photo taking, and recipe making. Anyhow, with that many recipes up here it’s pretty much impossible for anybody to have read ’em all, so I thought I’d start publishing some ingredient themed guides every now and then to draw some attention to some of my favourite recipes from the last 800 posts or so 🙂 Today’s theme is coconut oil!

Coconut oil has become crazy popular in the last few years, complete with legions of devoted fans (this video pokes some fun at that and definitely made me laugh). Hype aside, coconut oil is pretty awesome. It’s made from the meat of the coconut , and the virgin version smells downright amazing, like sunshine and tropical vacations. It’s a lightweight oil, sinking into the skin quite quickly. I don’t find it’s an amazing moisturizer for the dry climate I live in, but it’s still a good moisturizer, and I really like including it in lotions that I want to keep light, but still effective.

I have three kinds of coconut oil: a tub of food grade coconut oil in my kitchen for cooking and baking; a tub of super fragrant virgin organic cosmetic grade stuff for making delicious smelling body butters and lotions; and a pail of refined, bleached, deodorized coconut oil that I use in soap as it’s significantly less expensive than the virgin variety, which is great when you’re using it in soap-making sized amounts.

All three types of coconut oil I have are the 76°F/24°C variety, which is the normal straight-from-the-coconut variety (it melts at 76°F/24°C, hence the name). You can also purchase fractionated coconut oil, which is liquid at room temperature, and a 92°F/33°C variety with a higher melting point. Both of those have endured some chemical wizardry; the fractionated variety has had the long-chain fatty acids that are usually present in coconut oil removed, leaving us with an oil that’s liquid at room temperature and ridiculously shelf stable. The 92°F/33°C variety has been hydrogenated to raise its melting point (I don’t think I’ve ever seen the hydrogenated version for sale).

With a melting point of 76°F/24°C, coconut oil is generally solid at room temperature (in my life, at least—if you live somewhere extra beautiful and warm yours is likely always liquid), but liquefies as soon as it touches the skin, making it quite different from other “soft” oils like unrefined shea butter (USA / Canada) and mango butter, both of which have melting points a good 10–15°C higher.

Before we dive into the recipes, check out my Quick Guide to Coconut Oil & Beeswax Ratios to understand more about how coconut oil behaves when mixed with beeswax. It’s pretty handy! 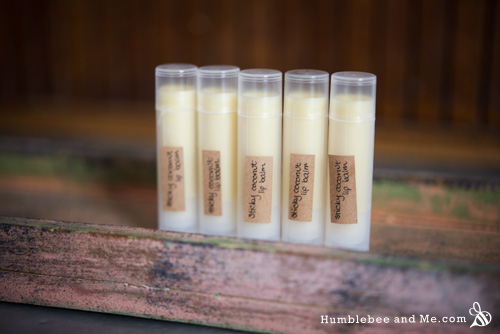 This super simple lip balm is a pretty recent recipe, but it’s awesome enough to share again. It’s a brilliant project if you’re new to DIYing as you really only need two ingredients and it comes together in a flash. This lip balm takes advantage of coconut oil’s super slippery nature—most oils paired at a 1:1 ratio with beeswax would make something wretchedly hard and sticky, but this lip balm defies that logic and ends up just being awesome. 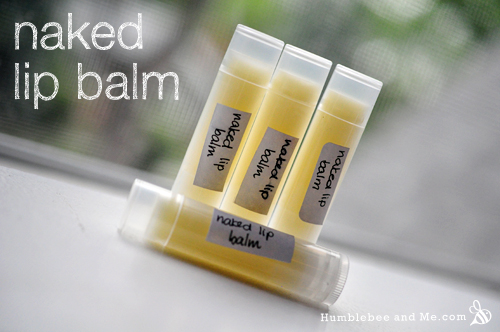 Step up your lip balm game with what might be my favorite lip balm of all time. This lovely Naked Lip Balm glides on beautifully and is essential oil free to allow the amazing coconutty scent of the coconut oil to really shine (along with decadent cocoa butter—the two make a beautiful pair. 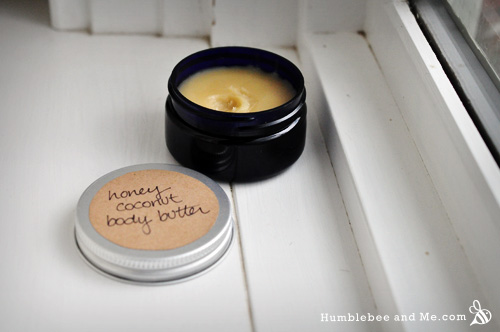 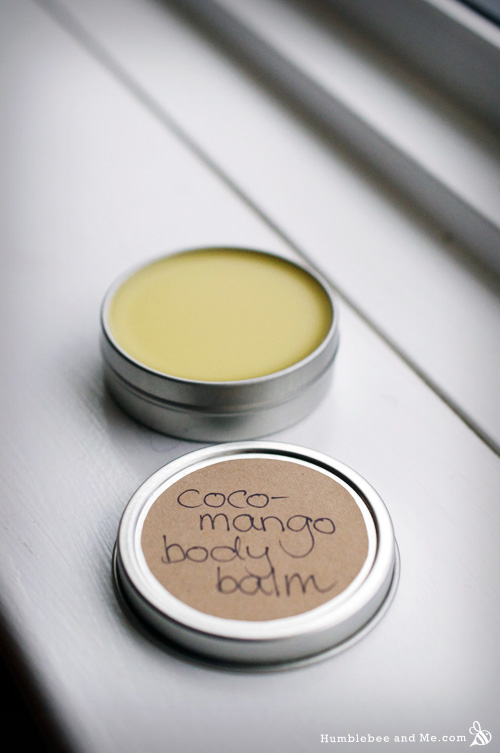 Amp up the tropical feeling with this really neat body butter. It smells like a summery coconut creamsicle and has a really dry finish, which is partly thanks to how light and absorbent coconut oil is. If you’ve been looking for a body butter that doesn’t leave you greasy, this one is a great choice. 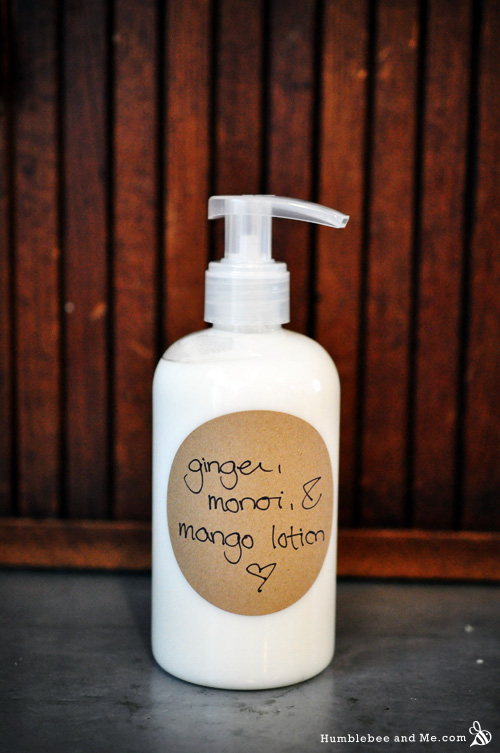 Monoi de Tahiti is coconut oil that’s been mascerated with the petals of the tiare flower, leaving you with coconut oil that smells divinely floral. Apparently the origins of Monoi can be traced back over 2000 years—James Cook documented its use in his early explorations of the Polynesian Islands! Combining this extra fragrant coconut oil with hydrating mango butter in a lotion makes for a lightweight cream that smells like daiquiris and sandcastles. 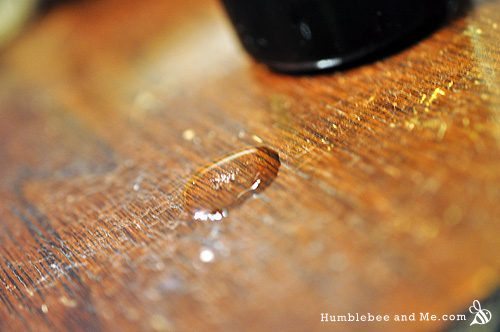 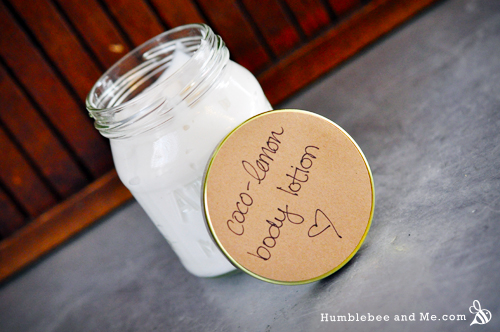 Pairing virgin coconut oil with a lemongrass scented tea, this lotion really lets the coconutty-ness of coconut oil shine. I find this lotion is wonderfully light; perfect for more humid climates or for anybody who handles a lot of paper and doesn’t want to leave a greasy trail of fingerprints everywhere they go. 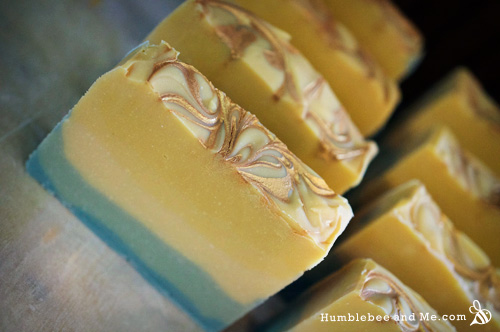 Coconut oil is indispensable in soaps; it gives bars a wonderful fluffy lather that has earned itself a space in almost every soap recipe you’ll find. I chose this Indian Summer Soap because it’s beautiful and I thought it deserves some more attention, but the vast majority of my soap recipes use coconut oil, so if this recipe doesn’t catch your fancy, keep looking—there’s loads more! 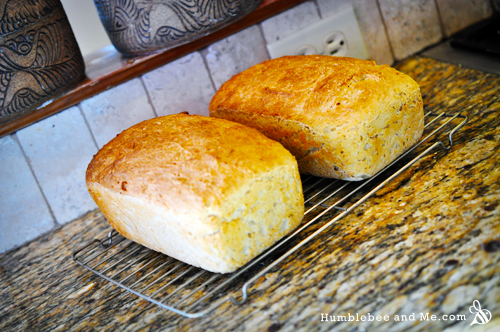 I know I don’t share many food recipes anymore, but this bread deserves a mention in an article about things to make with coconut oil. This bread is still my staple recipe, and the coconut oil is integral; it gives wonderful soft nutty warmth to the loaves that I can’t get enough of. 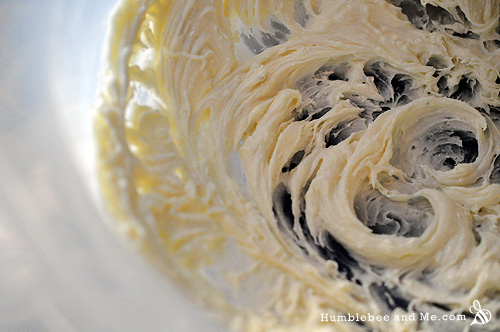 With just four simple ingredients (two of which you could drop, to be honest), this body butter smells so good it’s firmly in “please don’t lick yourself after applying” territory. Combining the mouthwatering scents of cocoa butter and coconut oil, it’s basically body frosting. Enjoy!

That’s it for the first one of these ingredient themed recipe round-ups! I hope you discovered some new recipes to use coconut oil in 🙂