Today we’re doing another “Quick Guide” experiment, this time featuring soy wax. We’ll be looking at how this vegetable-derived wax behaves when combined with olive oil in different ratios. I’ve often read that it can be a good vegan 1:1 alternative/swap for beeswax, so I was definitely keen to get acquainted. How much does soy wax thicken the liquid oil, if at all? How do the mixtures feel on the skin? How quickly do they melt? Once you’ve got answers to these questions you’re well on your way to being able to work with soy wax, so let’s dive in!

Soy wax is one ingredient I’ve had a weirdly hard time adding to my collection. Most of the soy wax sold in Canada is for making candles, not skin care, and when I have found skin care grade soy wax for sale it’s been in impossibly large quantities. So I waited. And thanks to Mystic Moments, I finally have some! The soy wax I have is flat, opaque, white flakes. 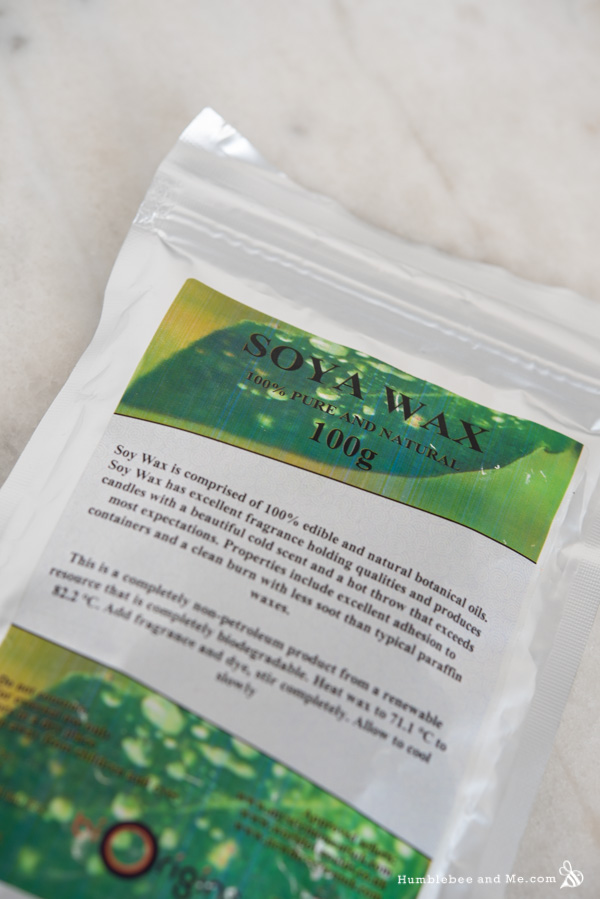 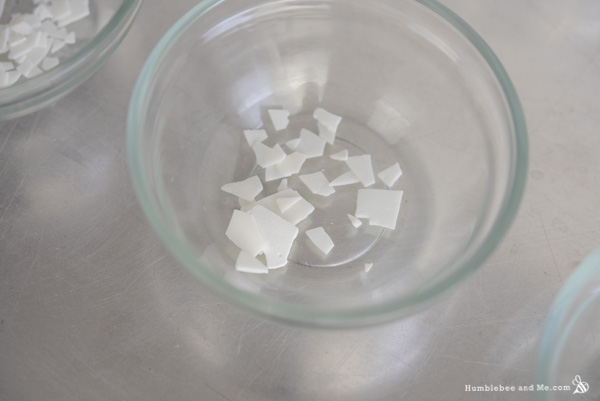 I structured this experiment similarly to the other “Quick Guide” ratio experiments I’ve done with waxes and hardeners for easy comparing to other waxes. I melted together mixtures of soy wax and olive from 3:1–1:8. The first number is the soy wax, the second one is the olive oil. So 3:1 would be 3 grams soy wax to 1 gram olive oil, and then 2:1 would be 2 grams soy wax to 1 gram oil and so on and so forth, all the way up to 1:8, 1 gram of soy wax and 8 grams of olive oil. After melting the contents of each wee dish together I removed them from the water bath, swirled to combine, and left them to cool overnight before making my observations. 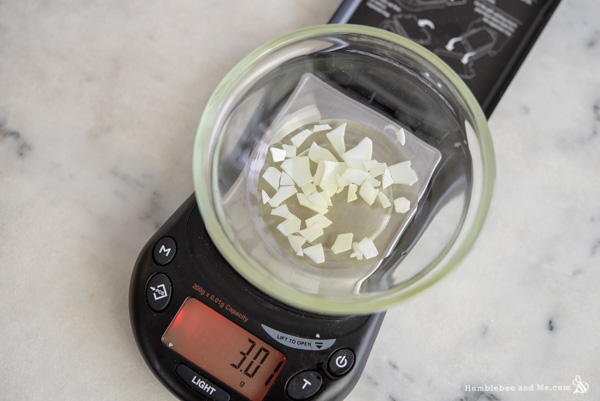 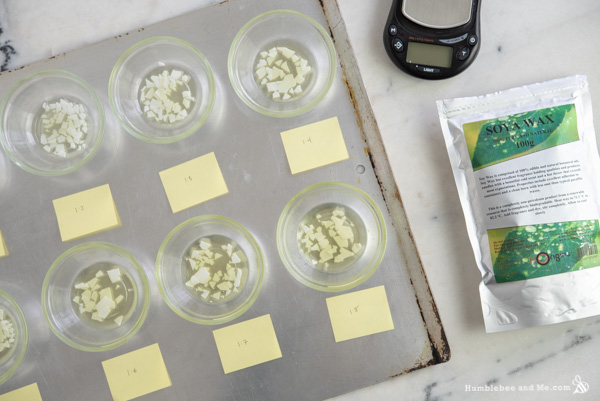 The first thing I did was poke the set mixture to get an idea for how firm it was. Rock hard? Easily dented? Did my finger go straight through to the bottom of the dish? From there I’d check to see how the mixture felt on my skin; did it melt readily? Was it skinny or silky? Soft, hard, sticky, oily? Creamy or greasy?

Some initial observations from all the different dishes: 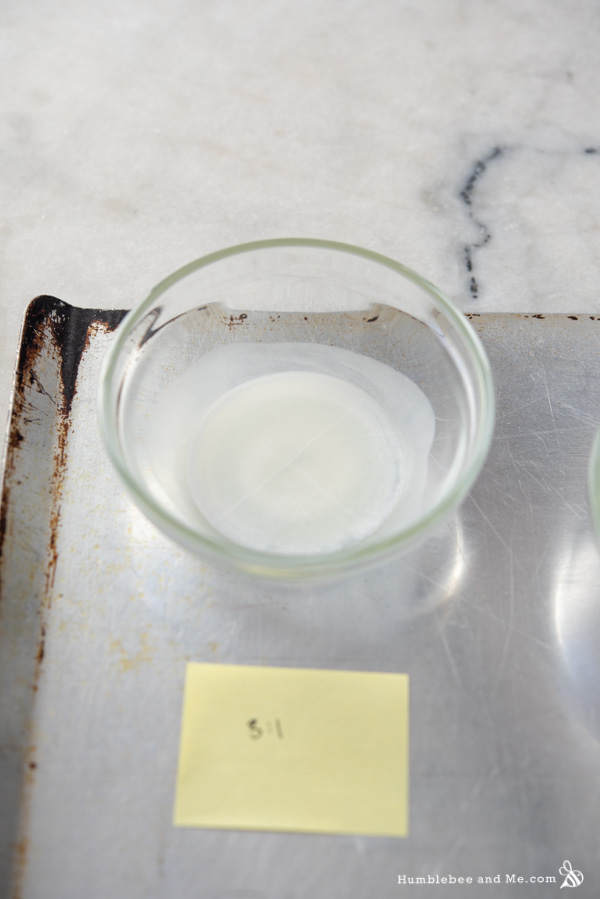 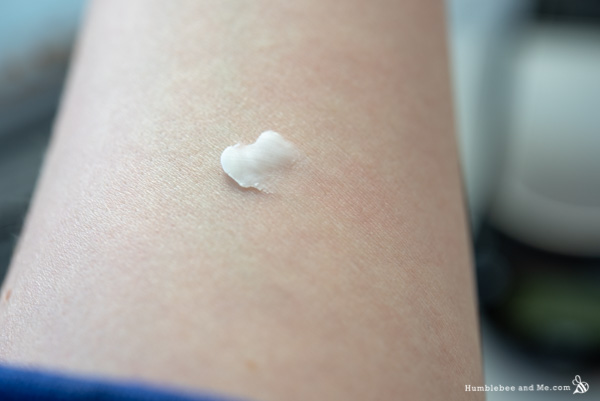 Appears solid, there are some fine lines/cracks across the surface. The mixture is very firm/solid—I cannot press my thumb through it at all—zero give. I can work up some fairly fine shavings with the back of a finger nail, but not much. The mixture smears across the skin but does not melt readily, remaining as a white streak on my arm. If I deliberately rub it in it does work into the skin, leaving it feeling quite tacky (if I press my palm to the arm and lift it I can hear a noise similar to pressing a sweaty hand to leather and lifting it up). There is an interesting powdery/waxy/creamy feel to it. 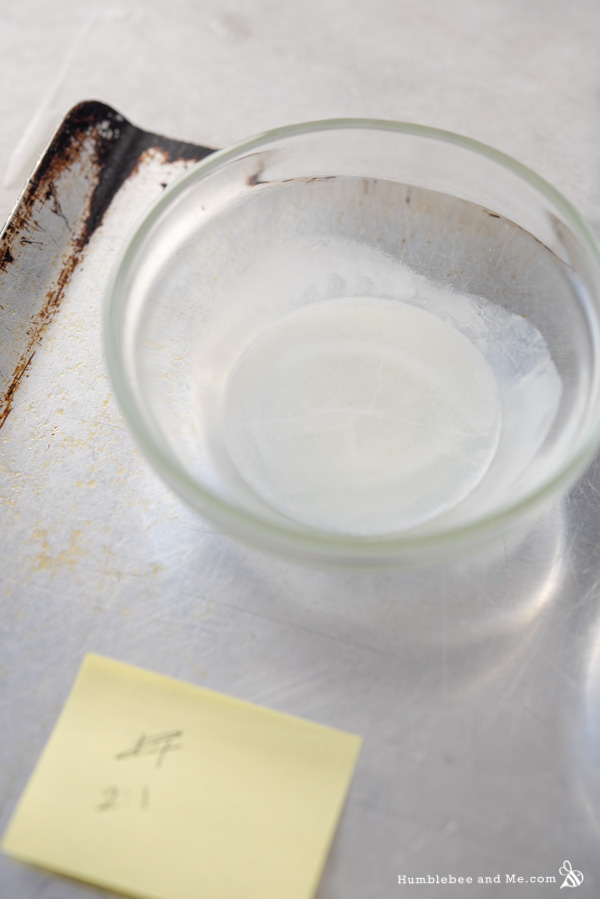 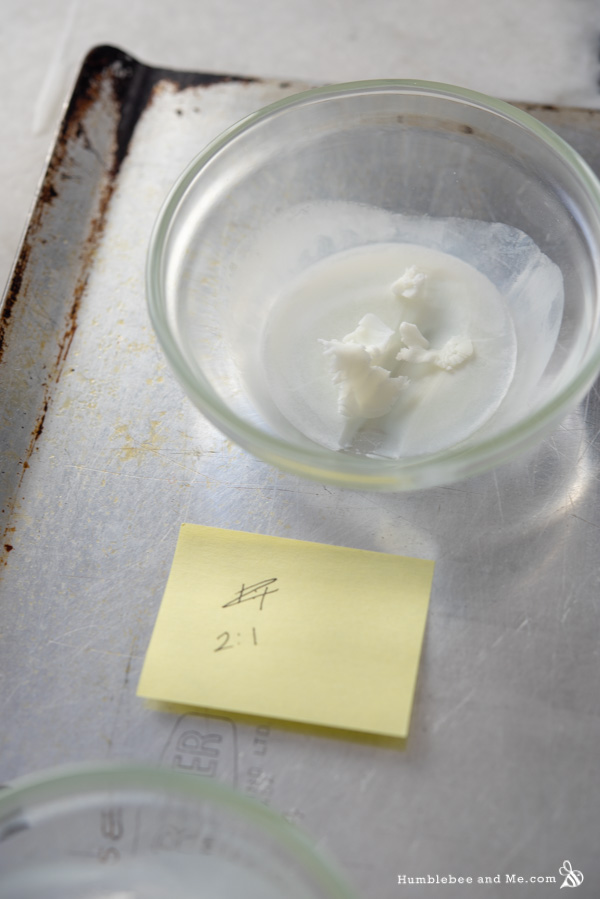 Appears solid, there are some fine lines/cracks across the surface. Very solid—I can’t press my finger through the mixture. I can fairly easily scrape some up with the back of a finger nail; it has an interesting creamy/pasty feel with a bit of tack to it. Has a relatively rich, occlusive skin feel. Melts eventually when massaged into the skin, and remains on the skin with a waxy/rich feel. 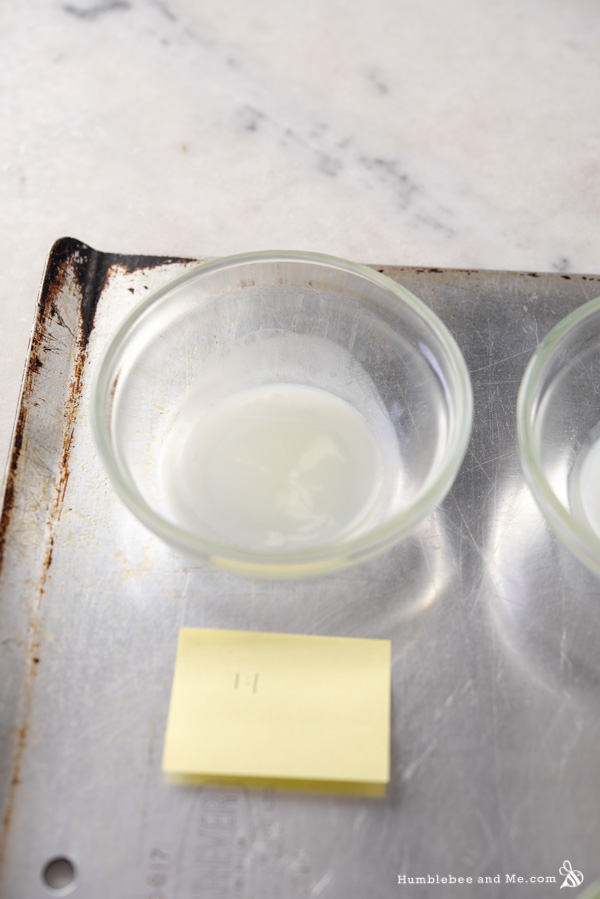 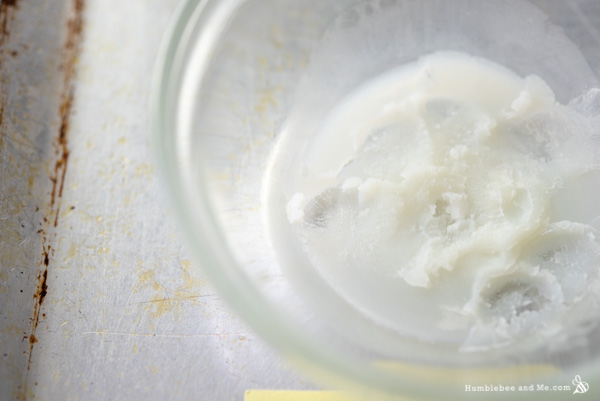 Much softer than I expected; I can easily press into it with my finger. It has an interesting powdery/creamy feel. Melts into the skin nicely leaving a dry, non-greasy finish. 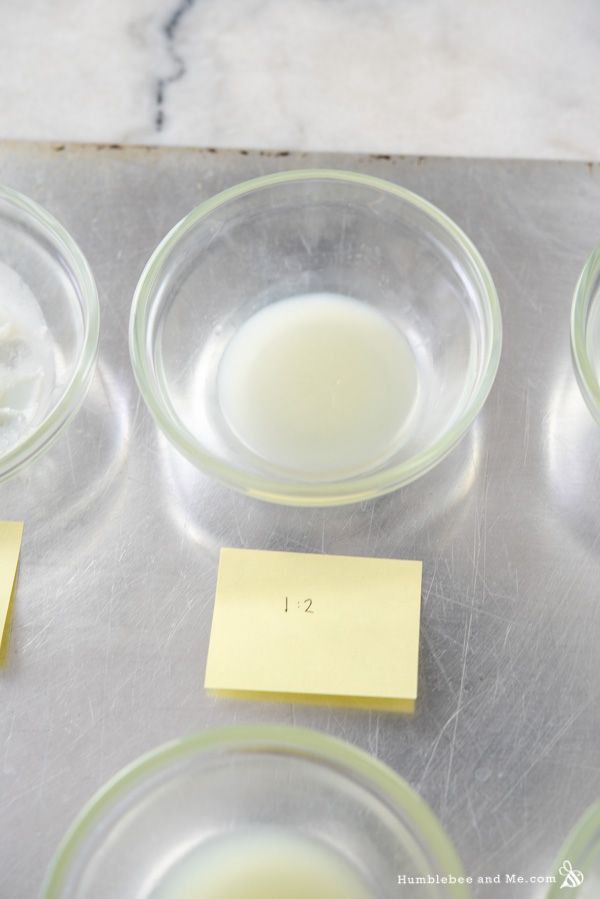 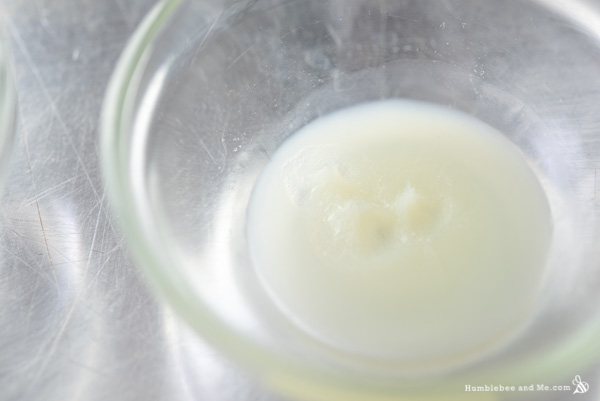 Has a bit of a wrinkled appearance on the surface. I can press through it with almost no effort and my finger pulls up little peaks in the mixture. A dollop on my arm starts to melt fairly quickly. It massages into the skin easily with good slip for a while before absorbing and leaving a fairly powdery finish with a bit of a tug. 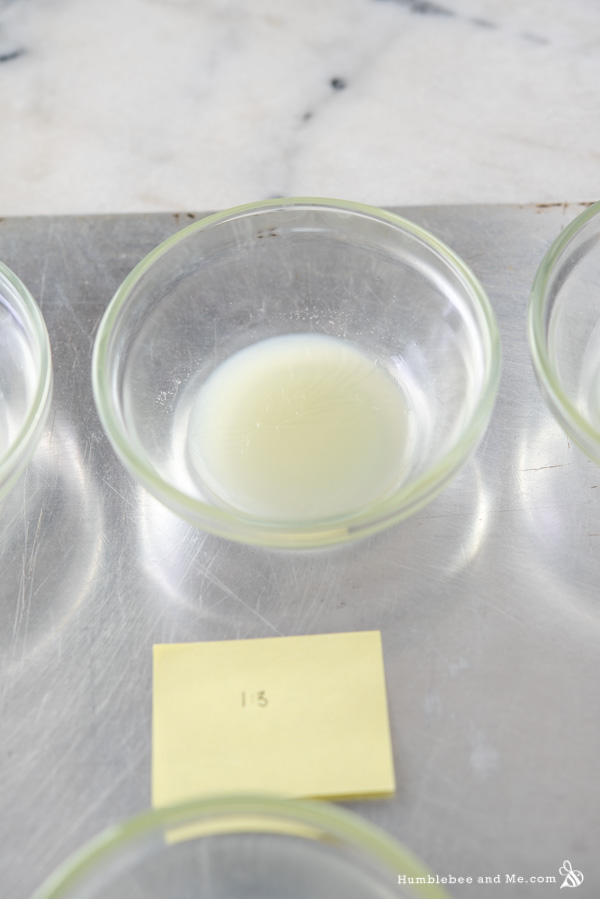 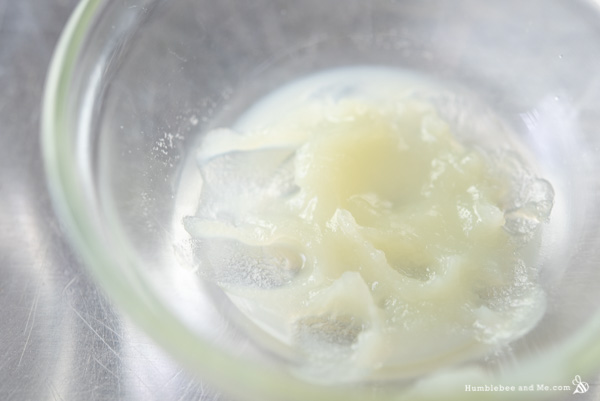 Same wrinkled appearance, and very soft—a few pokes with a finger have the entire mixture all mixed up. It is almost liquid. Melts quickly, massages into the skin nicely before absorbing with a non-greasy finish. 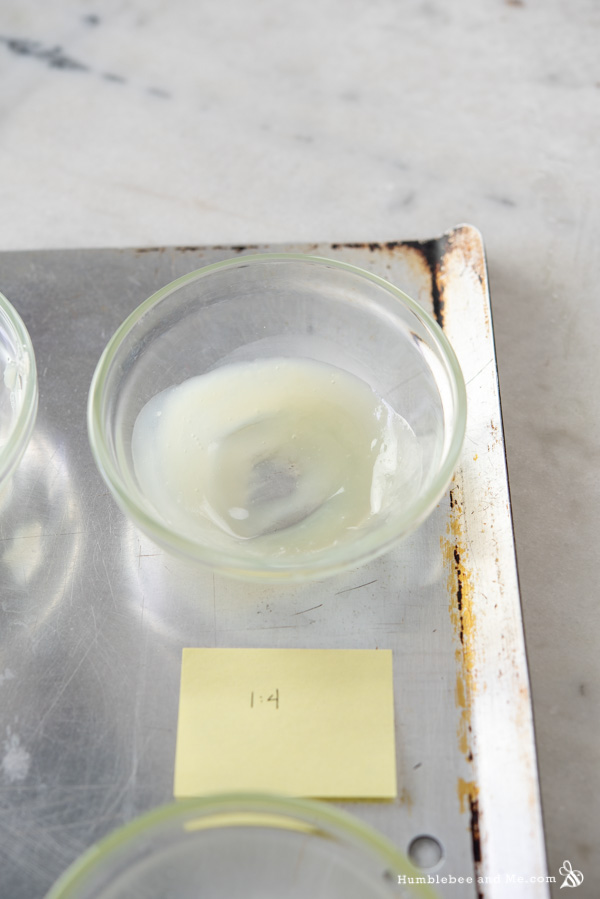 This one is definitely a liquid—I easily stirred it up with my finger and it slowly oozes back into place. Lovely satiny finish on the skin with creamy notes. 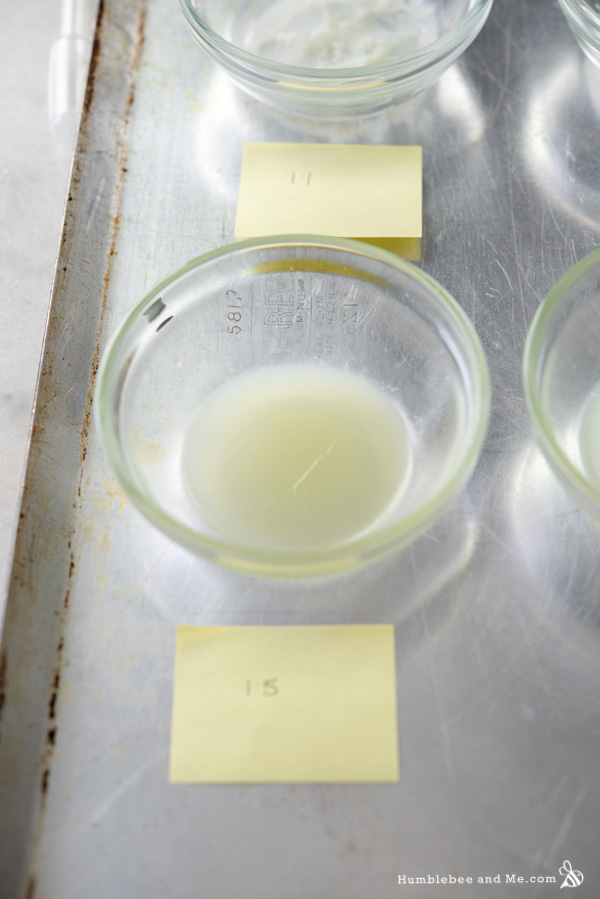 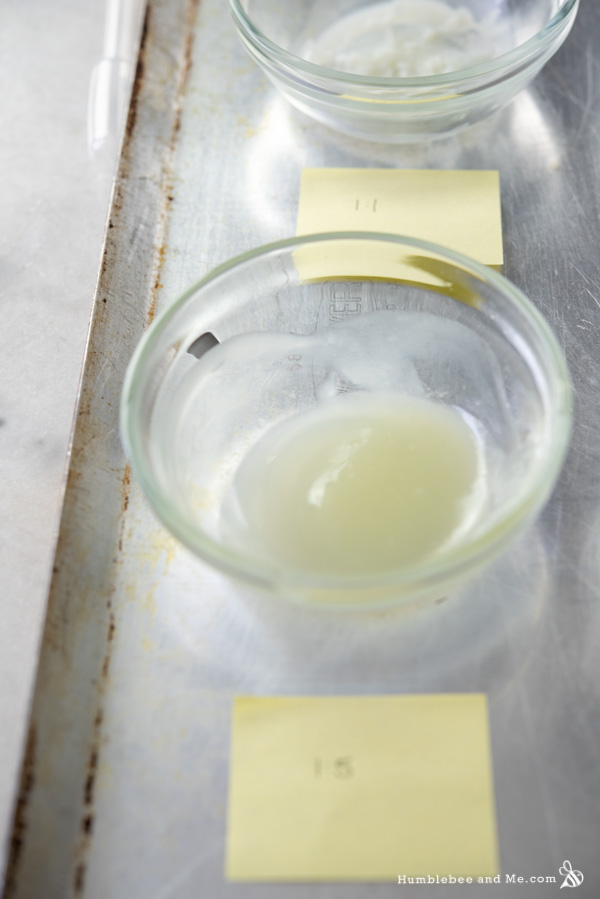 So soft/liquid it moves when I tip the dish before I’ve even touched it. It has a thickness comparable to castor oil 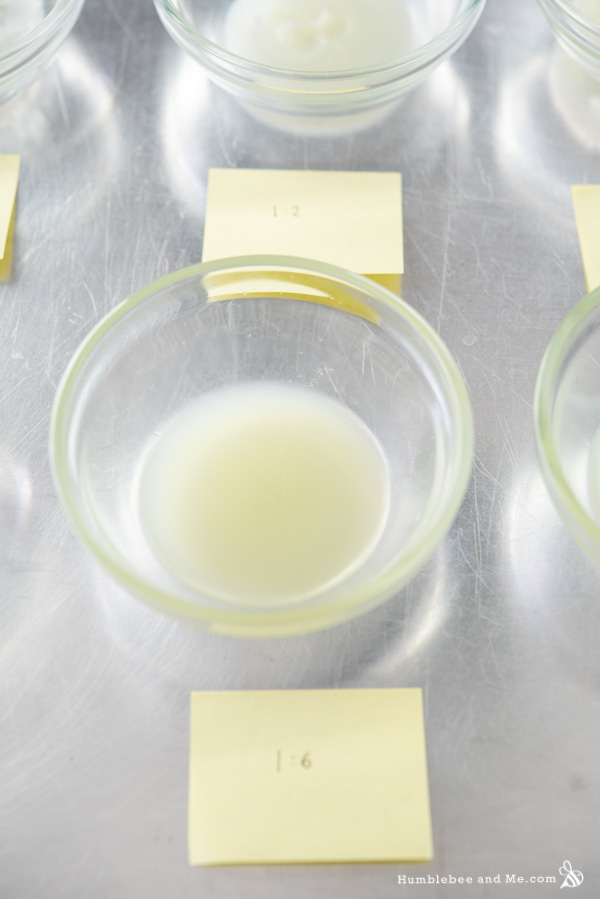 Full on liquid—you almost can’t tell there’s any wax in there. 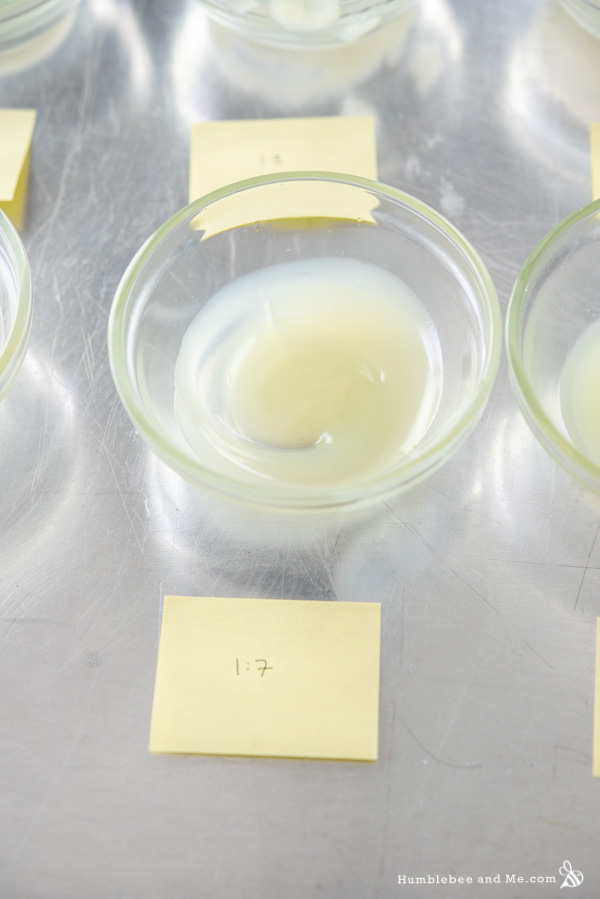 Feels like a rich oil; you wouldn’t guess it had been thickened. The rich/powdery feeling of the soy wax is much less noticeable. 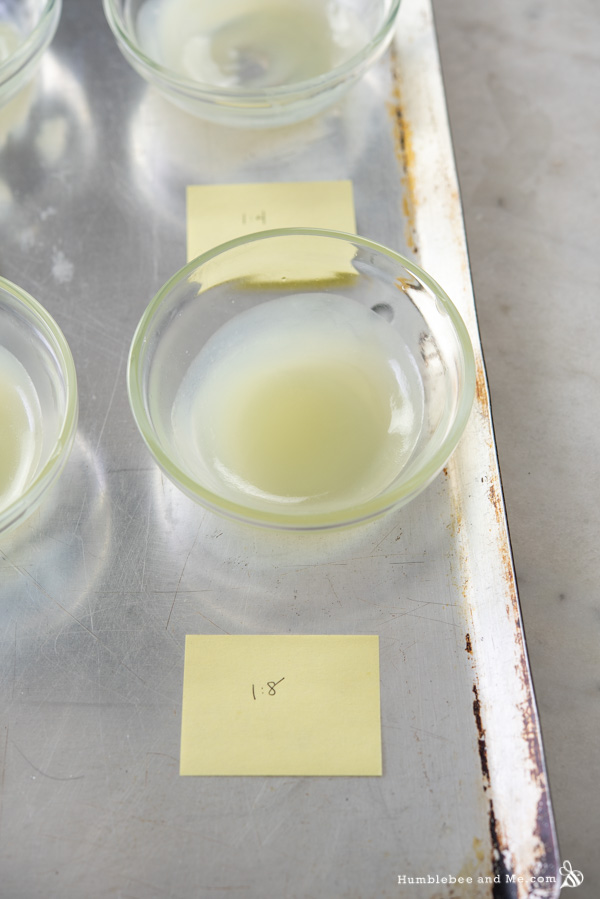 Barely distinguishable from the previous two.

What do you think? Have I piqued your interest? Watch for recipes featuring soy wax in the near future!

The soy wax was gifted by Mystic Moments.