My Aunt Karla was raving about this soup while I was at the cottage. I was there towards the tail end of August, so she was already starting to think about winter soup, and I heard about this soup enough times that I insisted she sent the recipe over. And so, last weekend, when I got dove head first into my autumn soup making marathon, this was the first soup I made. It’s worth all the raving. 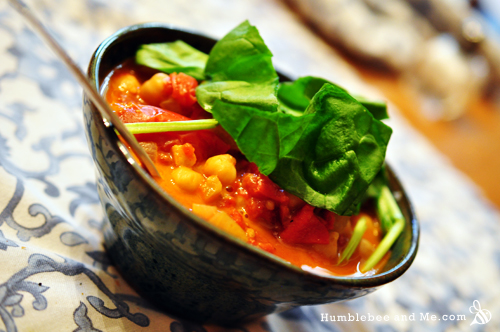 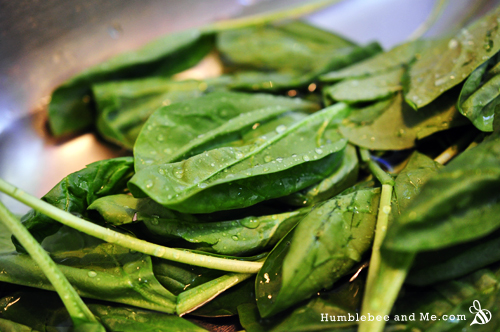 One of the best things about this soup is that it’s both vegan and gluten free, but it’s also rich, creamy, and delicious. It’s got lots of good protein from the peanut butter and the chickpeas, good fat from the peanut butter, and some great veg from the spinach and tomatoes. Yum. I love it with some good, crusty bread. 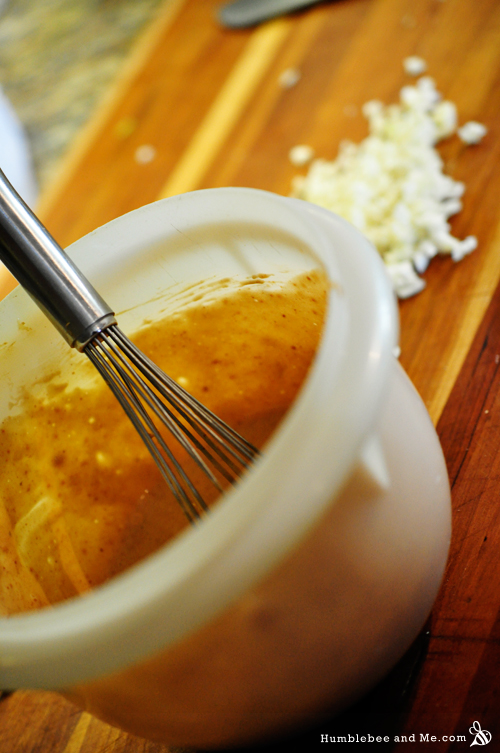 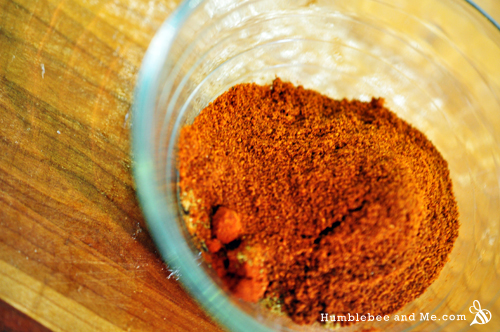 Heat the olive oil in large pot over medium heat. Sauté the onion for about 5 minutes, until soft and golden. Add garlic, and cook for another two or three minutes.

Whisk the peanut butter together with some of the broth to make smooth paste, and then whisk in the  remaining broth.

Add the paprikas, coriander, and cayenne to the onion & garlic mixture, and sauté until fragrant. Stir in the peanut butter mixture, chickpeas, and tomatoes. Simmer for five minutes. Season to taste with salt and pepper (you might also want to add a teaspoon or two of brown sugar). Stir in the spinach just before serving and enjoy!