I’m sure you’ve seen a variation of this around if you’ve even been on Pinterest. I’ve seen a lot of different versions of it, so I thought I’d give it a try when my necklace took a dip in the hot tub with me and it didn’t like it. In about three seconds the bromine in the hot tub water took my shiny silver necklace to a tarnished, green-tinged mess. 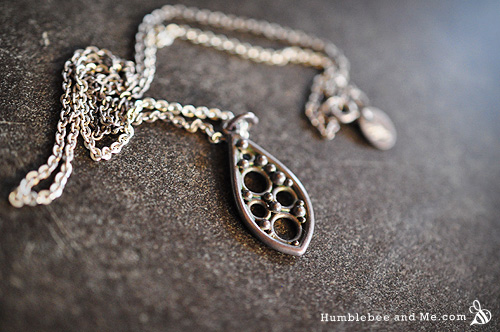 Before. The chain looks pretty good, but the pendant looks awful. 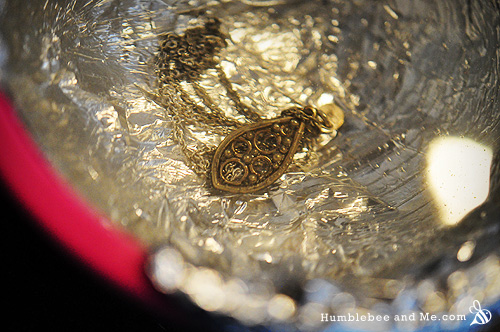 So, I lined a small bowl with a scrap of leftover aluminum foil, shiny(er) side up. I sprinkled in some baking soda (maybe 2 tsp), and poured in some boiling water from the kettle. After stirring everything with a wee spoon to dissolve the baking soda, I tossed in my necklace and watched. 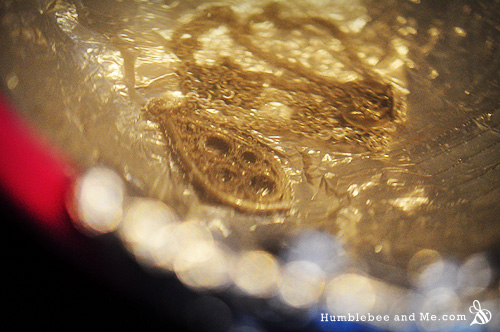 Check out the tip of the pendant! So shiny!

And you know what? It worked (partially)! I could actually see the tarnish fading away, which is pretty darn cool if you ask me. But it wasn’t totally tarnish free, so afterwards I had to polish it up with a microfibre cloth and then repeat the soak & polish to really bling it up. 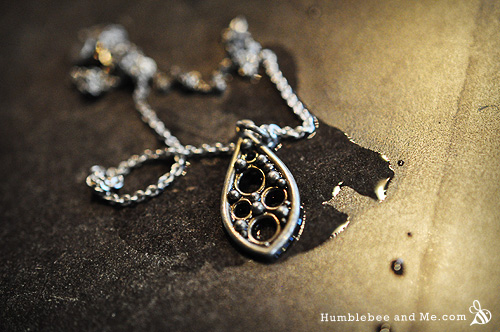 That was cool, but a few months later my silver plated cutlery was looking pretty blah (eggs + silver = brown). I wanted a quick polish, but I didn’t want to have to polish every piece with a cloth and potentially re-soak. So I experimented by tossing a bit of washing soda (a new cleaning love of mine) into the mixture, and the results were fantastic! Every piece of silver bounced back to its glowing, silvery self in mere moments, no cloth polishing & re-soaking required. Bam. Success.

Line the bowl with the aluminum foil. Sprinkle in the baking & washing soda, and pour the boiling water over top. Quickly stir to dissolve, and then drop in your silver. Let is soak for five minutes or so, turning a few times.

Once you can see a noticeable difference, pull out your beautiful, shiny silver and admire your (lack of) effort. 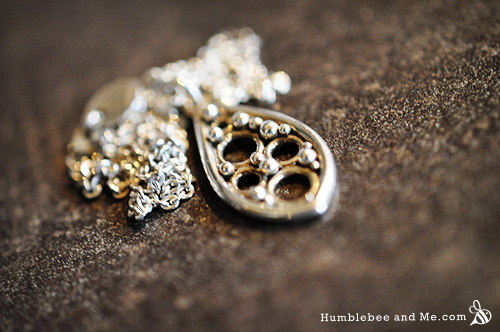 Just in case you were wondering, this beautiful necklace was made by Melissa Pedersen