The first argan oil I ever tried was Josie Maran‘s—a friend had got some, and as a gift she gave me the bottle with the last few remaining drops to try out. As I’m sure you can surmise, it was instant love. Anyhow, since then, Josie has really beefed up her line of, err, argan inspired products that bear her name. Some are a bit of a stretch (her magic markers don’t even contain any argan oil), but some are pretty cool, containing mostly natural ingredients. 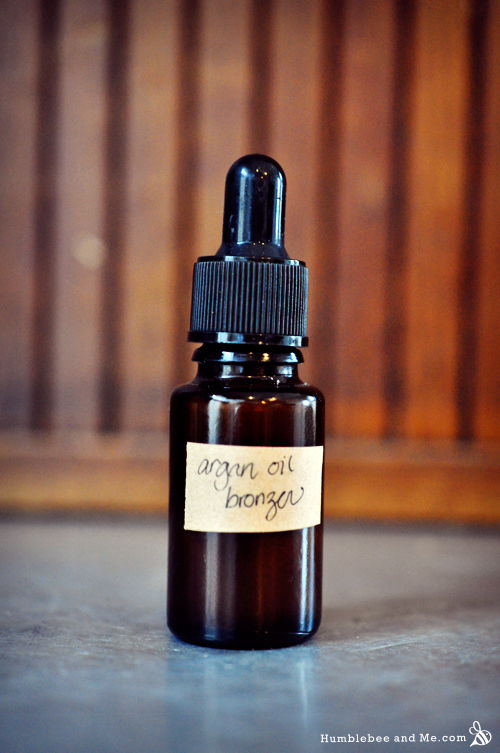 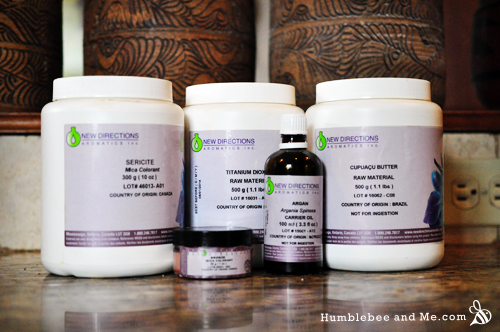 This argan bronzer is marketed as “Argan oil with radiance“, and it’s basically argan oil with some fragrance and bronzer ingredients in it—micas, oxides, and titanium dioxide. It’s also nearly $50, about $1/mL. Yowza. I can do better—and for far, far less. 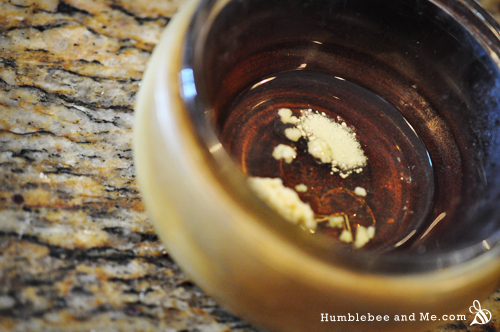 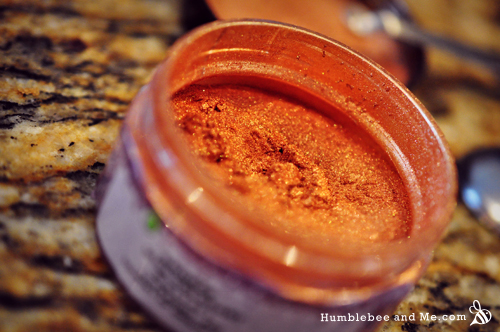 To start with, my base is argan oil. I use New Direction’s unrefined stuff, and it rings in at just over $12 for 100mL here in Canada. I’ve been using it for years, and it’s great. It absorbs quickly, moisturizes beautifully, and boosts healing thanks to its high vitamin E oil content. I also added in a tiny amount of capuacu butter to boost the viscosity of the argan oil to help the colourants stay suspended. 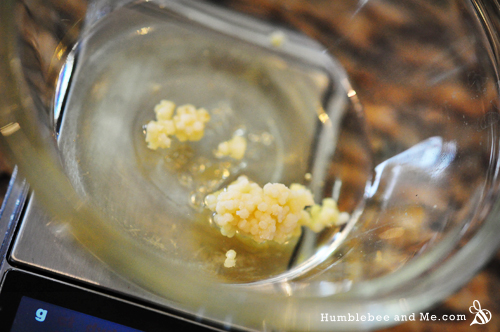 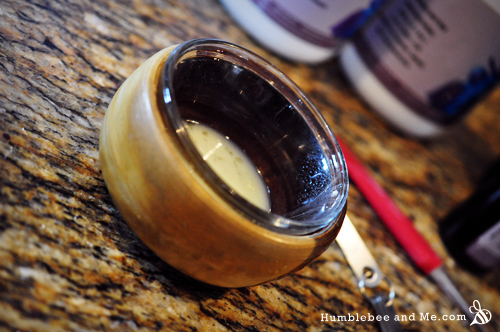 Up next, a wee bit of oil-soluble titanium dioxide for a small amount of brightness and opacity. Then, some bronze mica. I chose bronze, but if gold or copper suits your skin tone better, feel free to use a mica of that colour instead. 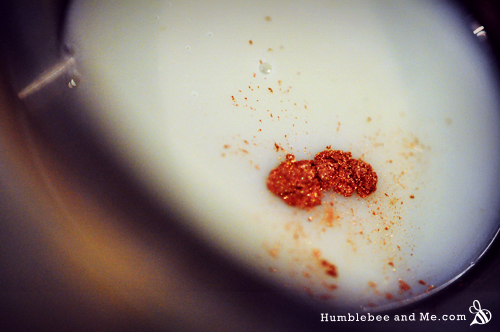 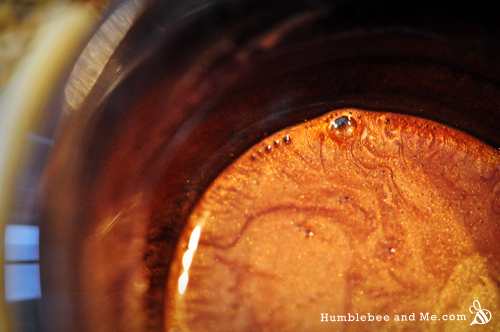 And that’s pretty much it. Shake the bottle to stir the mica up before use, and you’re off to the races with your newly bronzed, moisturized face 🙂 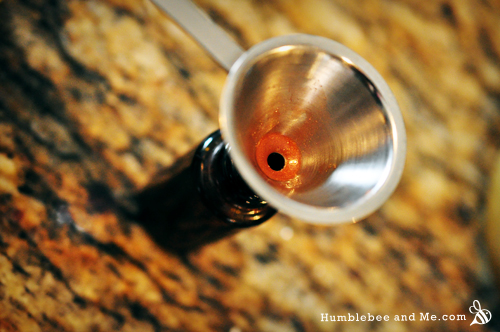 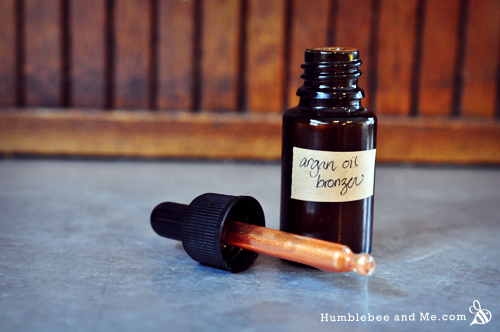 Measure the argan oil and capuacu butter out into a small dish. Place this dish in a slightly larger dish that contains some just-boiled water. Stir the oils mixture until the capuacu butter melts from the heat of the water bath.

Stir in the titanium dioxide and sericite mica. Then, slowly add the bronze mica. Begin testing the mixture on your skin after you’ve added 5 nips of bronze mica, adding more as needed to achieve the look you want.

Decant the mixture into a 15mL glass bottle with a dropper top. To use, spread over the skin and blend in with your fingertips. 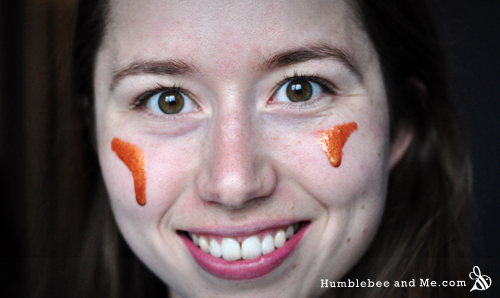 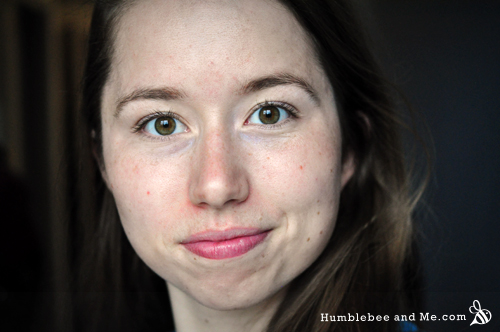 Obviously I’m not wearing much here, but you can put on more or less to suit your skin. 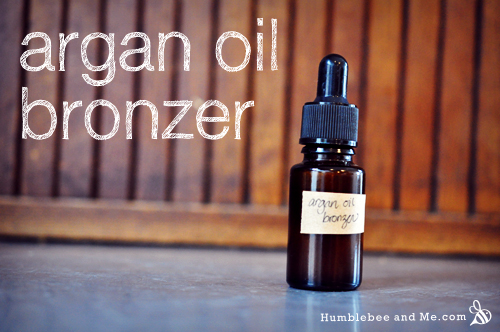 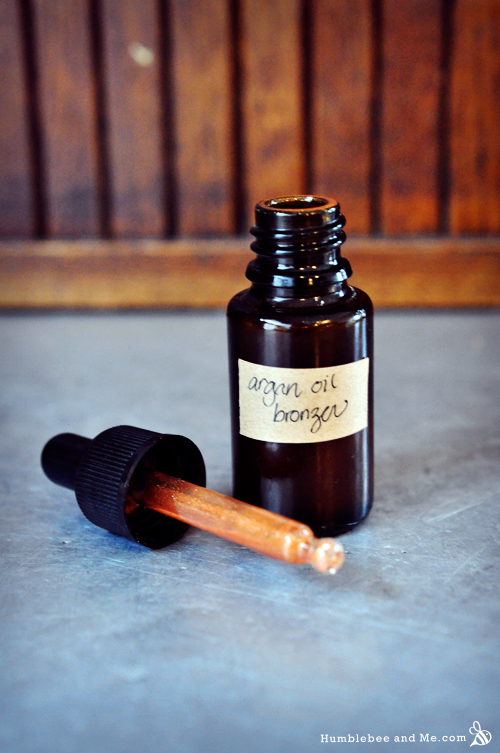