Whenever I make pizza I tend to go on a bit of a pizza spree. Maybe it’s because the dough is already made and I already have the ingredients, maybe it’s because I’ve just been reminded of how delicious pizza is, or maybe it’s that one delicious pizza begets another (and another… and another). Anyhow, suffice it to say that if I make pizza once in a week, that will quickly balloon to three or four times (I’m ok with it). 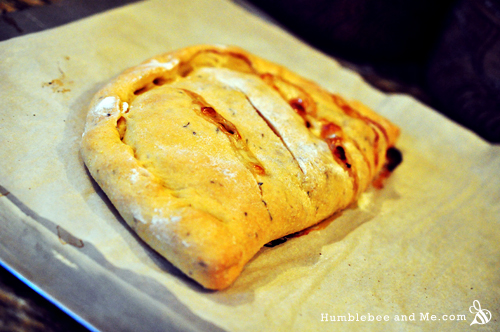 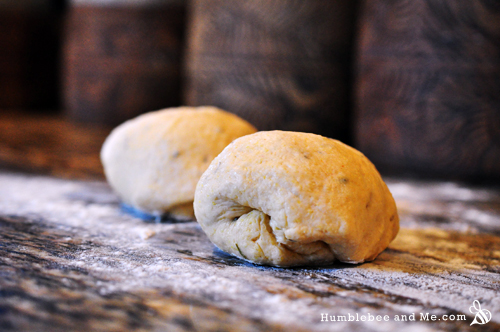 On my last pizza spree I decided to branch out into calzones, the grown up pizza pop (my favourite lunch treat when I was 7… they were notorious for exploding in the lunch room microwave/scalding the roof of your mouth). You’ll be happy to hear I didn’t fill it with cubes of probably-not-ham and sugar laden tomato paste—I opted for sun dried tomatoes, marinated artichoke hearts, herbed ricotta, and smoked mozzarella cheese. Yum. 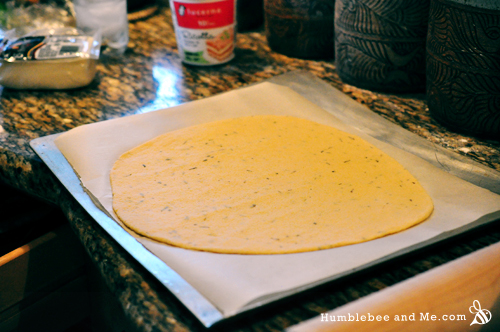 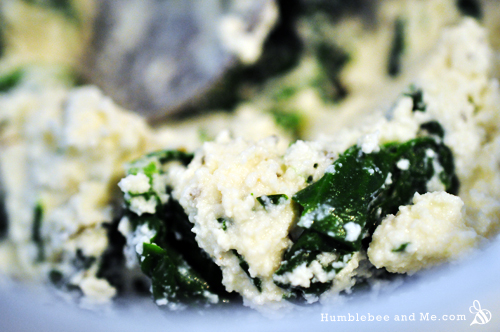 Calzones are really quite easy to make. Roll out the dough into two rounds, and fill one half with all your tasty fillings. Fold, seal, and bake. They’re like giant empanadas. 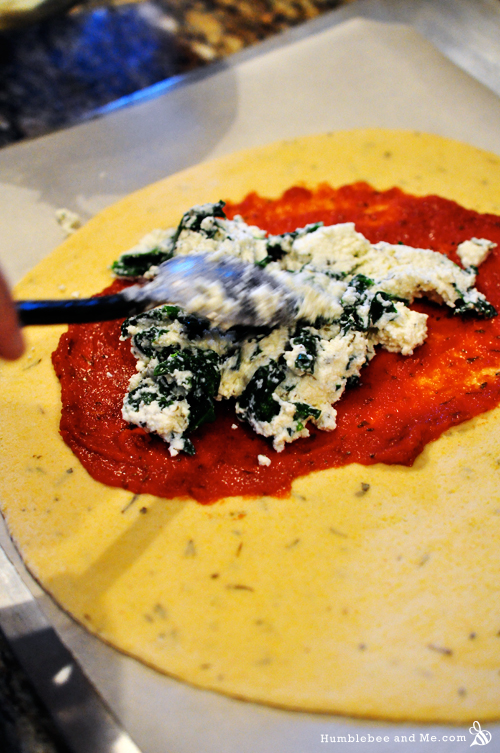 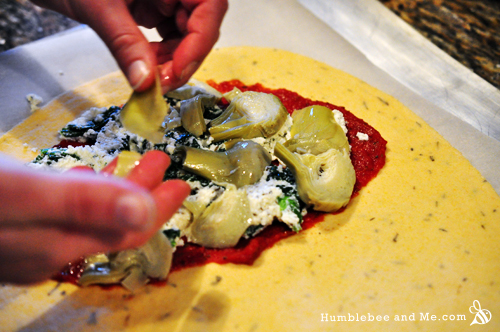 Preheat the oven to Roll out each ball of dough into two rounds that are about ¼” thick. Cover half with tomato sauce, leaving a ½” border around the edge.

Mix together the ricotta cheese, spinach, and herbs. Divide the mixture between the two calzones. Top with sliced marinated artichokes, the sun dried tomatoes, and the grated mozzarella.

Fold the empty half over the filled half. Pinch to seal with damp fingers. Slice a few vents into the top and bake on a parchment lined cookie sheet until golden and bubbly, about 20 minutes. 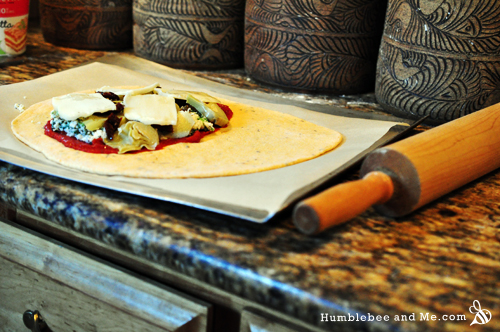