When I posted my diaper creme recipe, Melissa commented to tell me about her recipe, which was basically a herbal salve loaded with zinc oxide, and the idea stuck. So, when a coworker’s wife had a squishy little baby girl, I thought it was time to whip up a batch of baby bum balm. 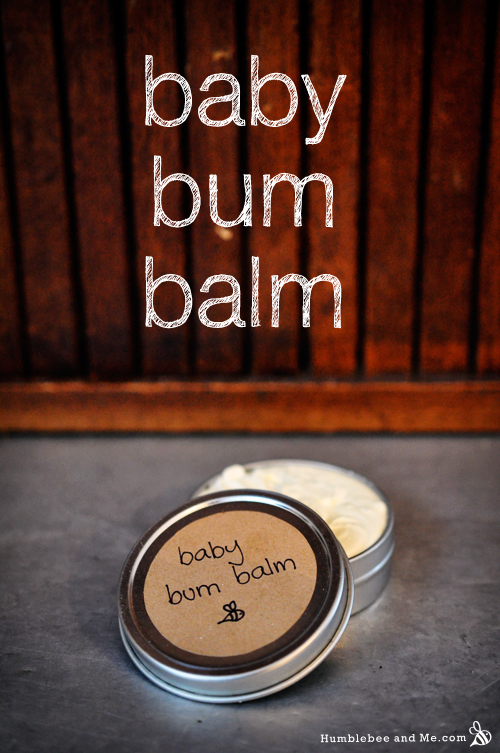 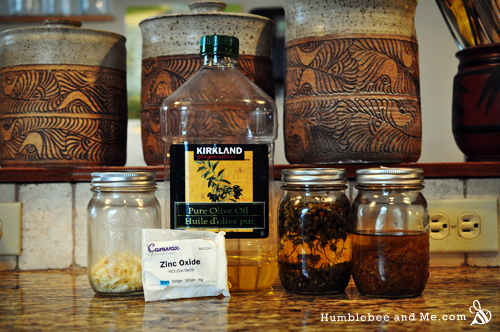 One of the things that most appealed to me was the lack of water. I’m hardly a diaper creme connoisseur, but most of the stuff I’ve seen is a lotion, and as such, contains a liberal amount of preservatives to make it shelf stable. I wasn’t about to add preservatives to something for tender little baby bums, but without preservatives, that leaves me handing new parents tubs of cream that need to be used quickly, and even stored in the fridge. 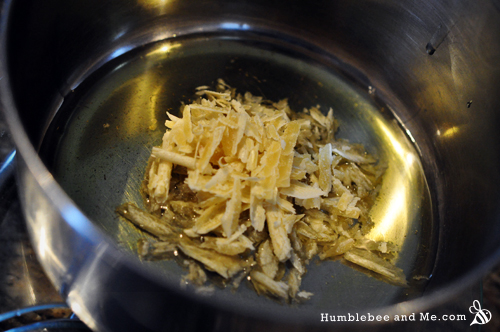 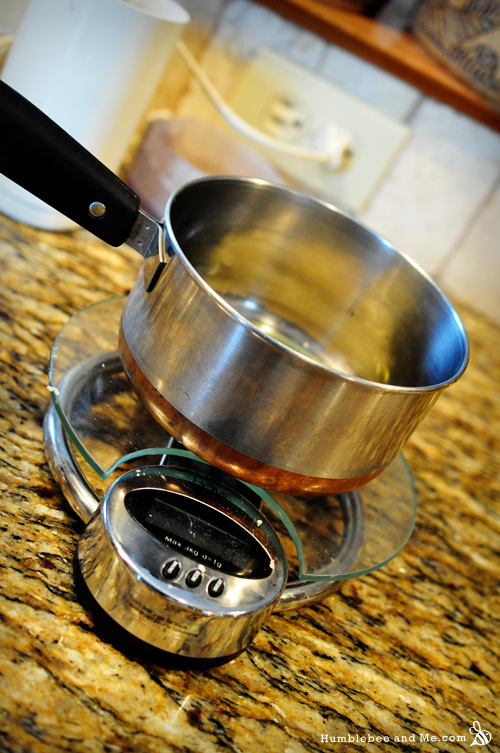 I don’t know about you, but I can barely function for a day on low sleep, let alone weeks on end. I doubt fussy diaper creme storage instructions would be anywhere close to the top of mind in such situations, especially if you’re used to lotions with indefinite shelf lives. So, a water-based diaper creme was starting to sound like a pot of creme destined to mould. 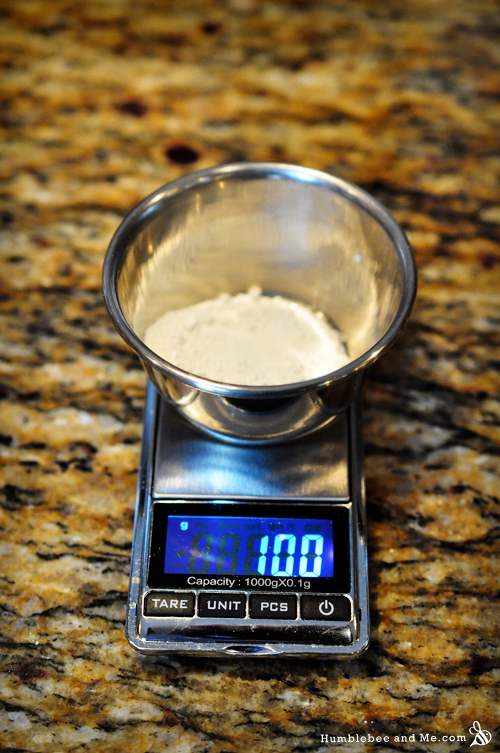 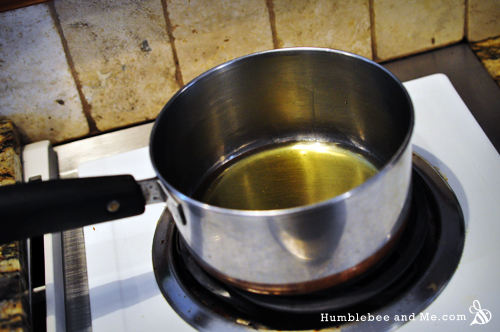 I wanted something a bit more foolproof, and that’s where this baby bum balm comes in. It’s a purposefully simple recipe, with just three to five ingredients. It comes together quickly, and can be easily scaled up to make several tins for diaper bags, change stations, and stashing. I formulated it to be a bit on the softer side for easier scooping and spreading on soft skin. It’s essential oil free because you shouldn’t be using essential oils on babies, so please don’t add any if you plan to use this on babies. 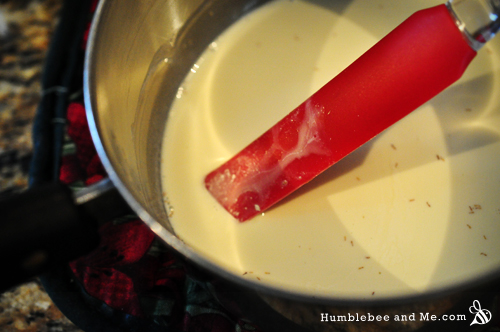 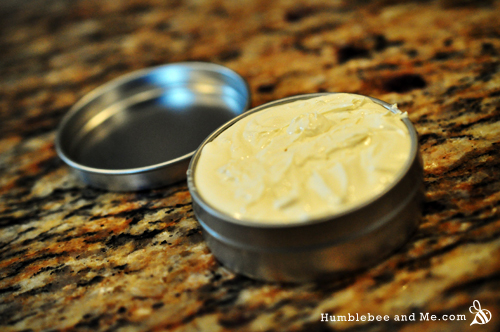 My tester mum reported back that this salve cleared up some red spots overnight, but stays zinc-y in that the zinc doesn’t absorb overnight. This isn’t surprising given the relatively high percentage of zinc and its insoluble nature, but it’s nothing a baby wipe won’t take care of once you’re done with it.

Melt the olive oil (pomace) (USA / Canada)s and beeswax together in a small saucepan over medium low heat.

Remove from the heat, let cool slightly, and add the zinc oxide. Stir to blend with a silicone spatula, using the flexible blade to smash the zinc oxide around and bust it into smaller bits. Keep stirring as the mixture cools.

Once the mixture has cooled enough to be about as thick as custard, decant it into a 60mL/2oz tin and let it set up.

To use, smooth a small amount across the skin. 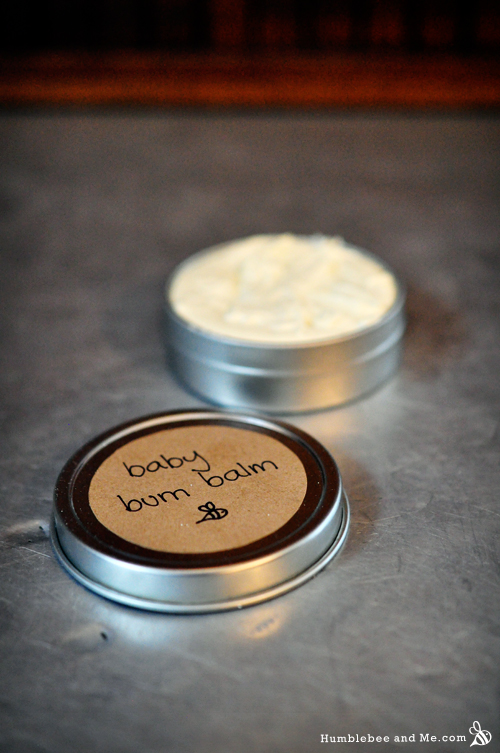 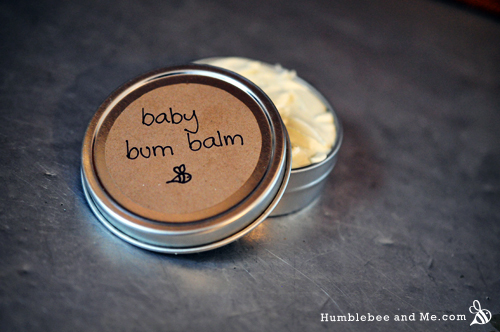