I tried a recipe for pore strips last week made from gelatin and milk. They worked pretty well, but smelled… horrible. Like a dairy and a rendering plant. And the gelatin was so lumpy that it looked like I had leprosy when I spread it on my face. Not a good look. 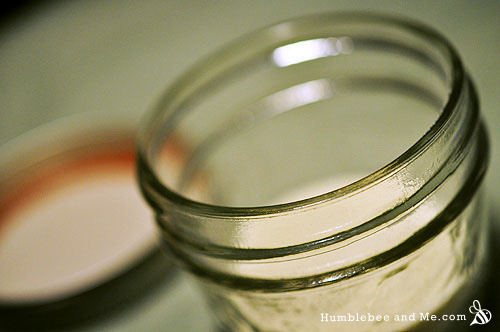 I found another recipe that used honey instead of gelatin, but doubted it would be quite as efficient; honey may be sticky, but gelatin is very temperature sensitive and solidifies very quickly as it cools. Honey, however, does have the distinct advantage of not smelling like a rendering plant, so I decided to mix the two recipes and see what happened.

Once it had hardened, I nuked the mixture for about 6 seconds (not long since there wasn’t much). That liquified everything again, and the gelatin was dissolved (unlike last time), so I was able to spread it on my chin smoothly. 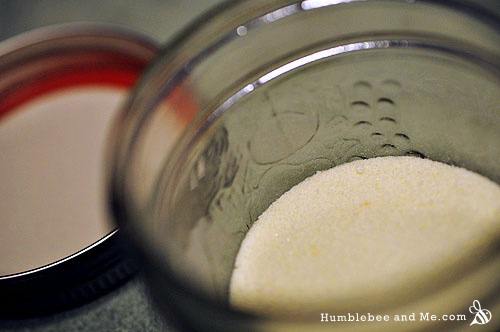 I respect you too much to show you a picture of it after it's peeled off my face.

The results? Compared to the original my recipe smells better, goes on smoother, comes off much more cleanly, and is easier to prepare in large amounts and use in small ones. I call this a win.

Compared to the originals, well—this entire batch was about 70¢ (which will probably yield about ten ½ tsp ‘strips’), compared to about $1 per Biore strip. Niiiiiiice.

Mix all ingredients together in a resealable airtight container.

To use, mix ½ tsp of the dry mix with a scant ½ tsp hot water (this will cover an area about the size of a normal-sized chin). Mash and stir until the mixture solidifies. Reheat in the microwave for about 6 seconds, until liquified. Quickly stir and spread in a thin layer on your face. Allow to dry, and then peel it off and admire your pore’s handiwork.