I had so much fun creating these sunny, speckled bars. The idea was to create a swirl using texture—as opposed to colour—to differentiate the swirl from the rest of the soap. When I set out to make these bars it had been positively ages since I’d made soap. Who else gets sucked into those strange inertia loops where you haven’t done something in a long time, so you keep not doing it, and then BAM… it’s been months? That’s me and… so many things. Anyhow—as I brought the lye water and fats to trace and starting working with the batter I wondered why it had been so long. Soap making is far too fun to fall victim to the do-nothing inertia loop!

One of the first soaps I ever made was a lemon poppy seed soap, done up to look a bit like a loaf of lemon poppy seed cake. It was bright yellow thanks to the addition of some vibrant buriti oil, and was speckled throughout with wee black poppy seeds. I only recently chucked out the last one of those bars while moving—it had long since donned many dreaded orange spots, and had aged so much that every surface was concave (much like many of its c. 2011 brethren). Anywho—as I went through the dregs of my early soaping days I realized it was high time I made another poppy-seedy bar, so with poppy seeds + textured swirl on the mind, these bars were born. 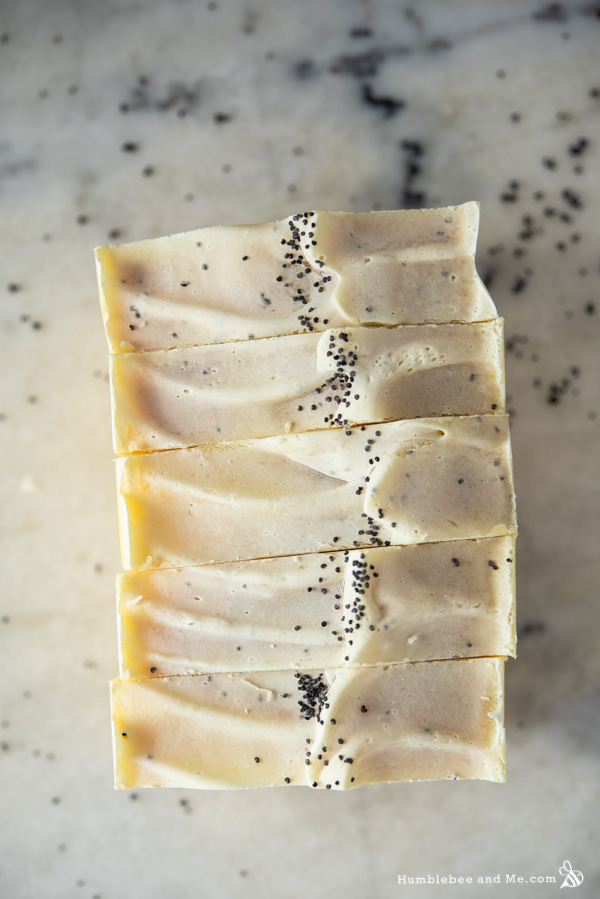 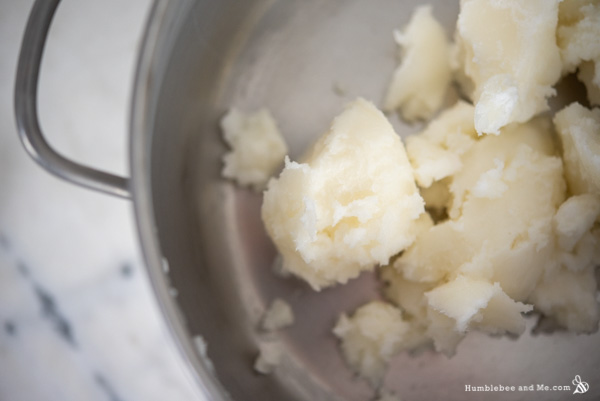 I knew I’d need a pretty slow-tracing batter to give me time to create a more liquidy swirl, so I designed a batter that uses more liquid oils than my typical blends. I also worked a wee bit warmer than I usually do—just a titch above room temperature. While cooler batters do trace slower than hotter batters, I’ve found very cool batters start to thicken up faster than slightly warm batters. Slightly warm is where it’s at for working time. 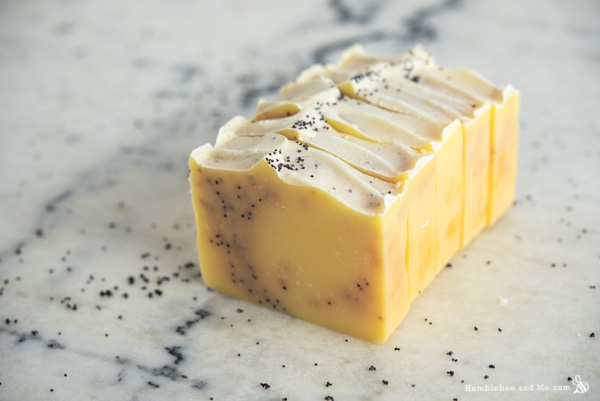 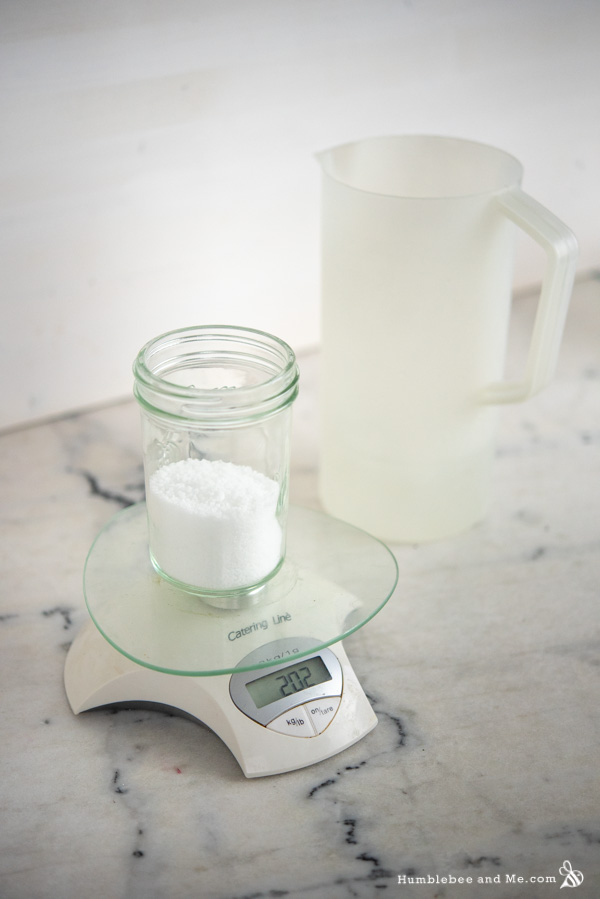 The colour of these bars comes from the essential oil blend, so they’re really simple to make. Once I had the batter at a fairly light trace (it needs to be viscous enough to support the weight of poppy seeds) I blended in the essential oils and poured a quarter of it into another container. I stirred a healthy dose of poppy seeds into the quarter of the batter—enough that the seeded batter would contrast with the seed-free batter. 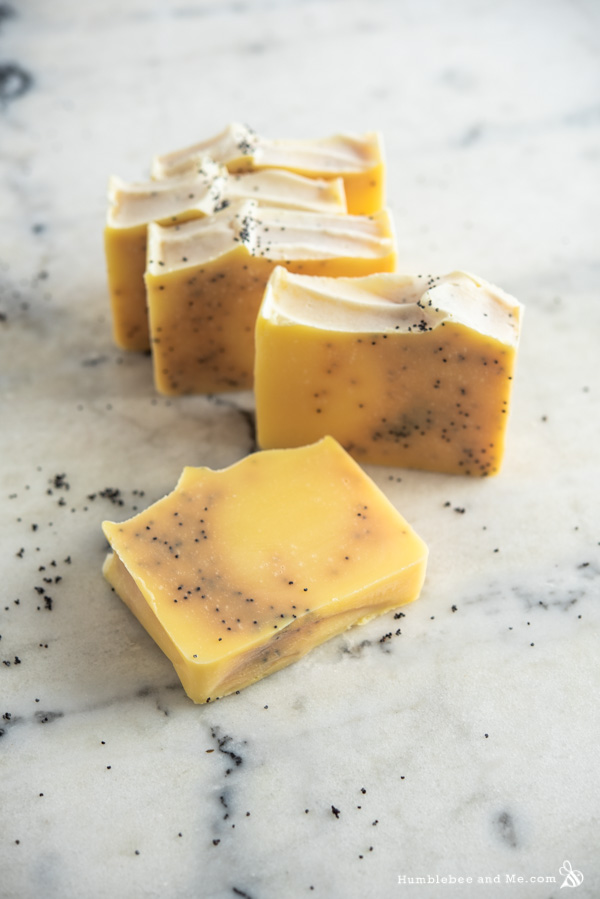 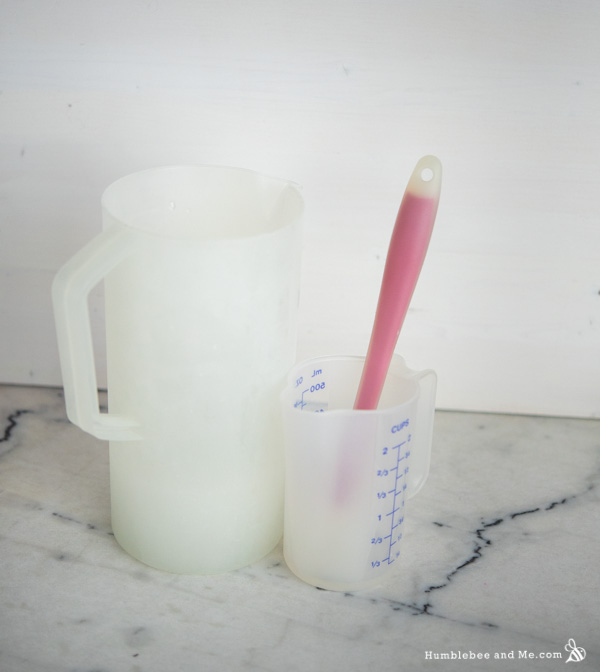 Given the liquidy state of the batter, and the fact that the poppy seed batter would need to be pretty concentrated to create a noticeable swirl, I decided to let the pour into the mold do the work rather than risking a pot swirl become too diffuse for the effect to be noticeable. I poured against a spatula to keep things from getting too mixed together; the poppy seed part is poured overtop about half of the non-poppy seeded batter, and then the remaining seed-free batter is poured down one side of the mold to create a swirl. 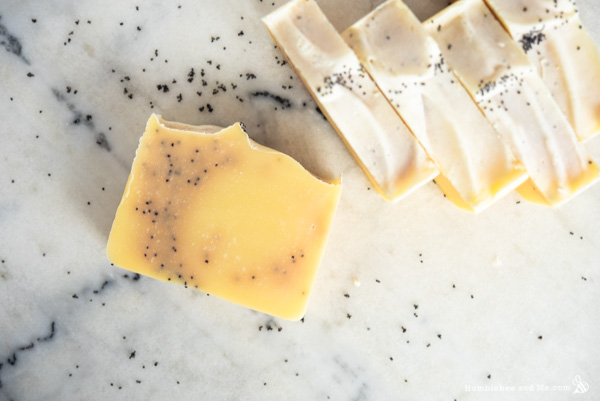 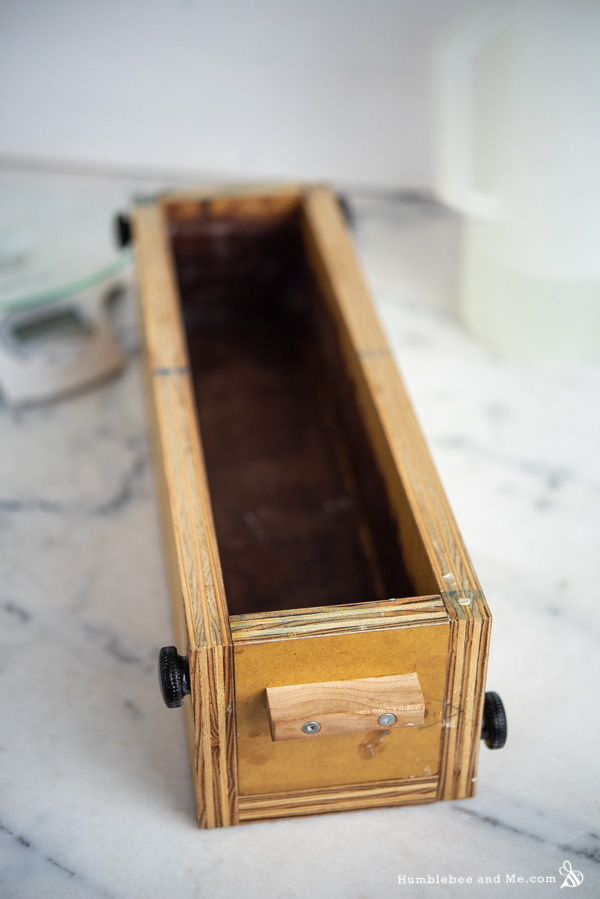 I gave the very liquidy batter about twenty minutes to set up before sculpting the top, and then left it to saponify and set up for three days. That’s a pretty long time according to general soaping guidelines, but with this softer blend of oils more time in the mold gave me a firmer bar that was easier to slice without accidentally damaging it. I made sure to slice it through the side so I didn’t drag the poppyseed topping through the bars. 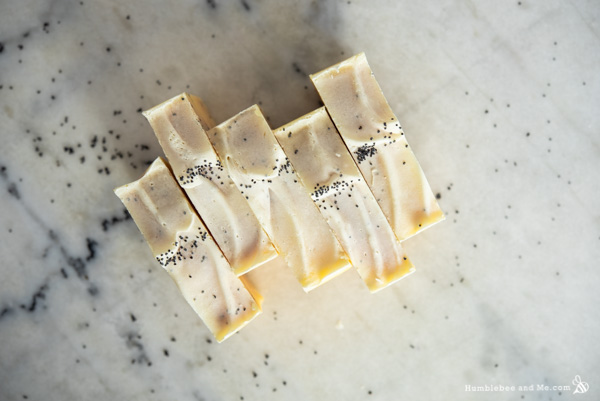 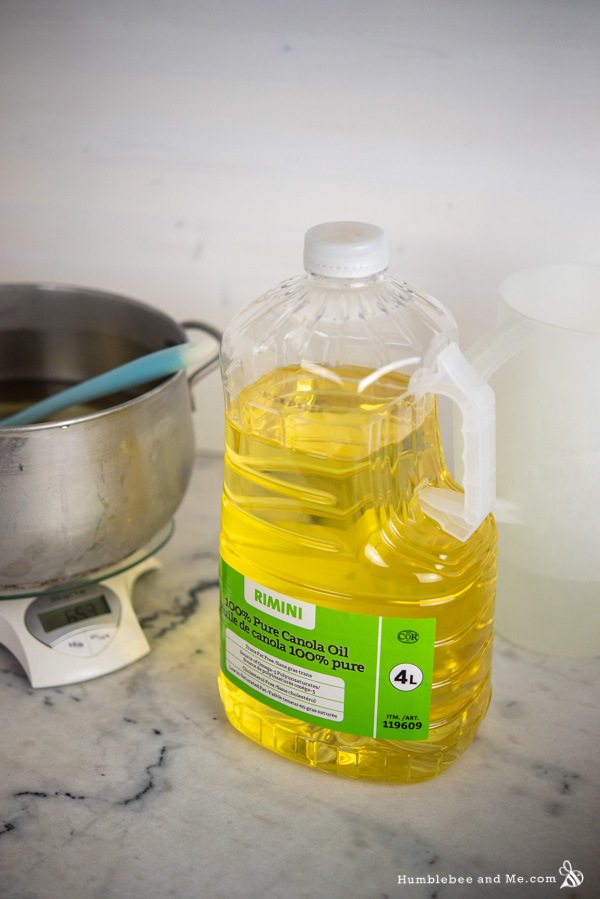 Every slice looks different, but the final bars definitely have a noticeable cloud of nebula-like poppy seeds dancing through them. There’s been a bit of darkening around the seeds, so it looks a bit like a galaxy with a sort of glow around each star creating a cloud-like appearance. The bars smell wonderfully citrussy, and kept a bit of colour from the vibrant essential oil blend. I love ’em!

Prepare your mould—you’ll want a loaf mould for this soap. Melt your oils together in your soaping pot, and have a container with a pouring spout handy (I use these awesome funnel pitchers). Let your oils cool to slightly warmer than room temperature. Mix up your lye water and let that cool to about room temperature (you can use ice for part of your water to speed up the cooling process).

While everything is cooling, weigh out your essential oils.

Once the melted fats and lye water are just slightly warmer than room temperature, follow standard soap making procedure to bring them to a fairly light trace. Once you have a relatively thin trace, blend in the essential oils.

Now it’s time to divide up our batter! Pour about 25% of it into the small pitcher and stir enough poppy seeds into that portion to create a noticeable contrast with the remaining 75% of the batter.

Once the batter has been poured, leave it for twenty minutes to thicken before sculpting the top and decorating it with some more poppy seeds—watch the video to see what I did.

Leave to saponify for 48–72 hours. Remove from the mould and slice, and then leave to age for at least four weeks before using or gifting. Enjoy! 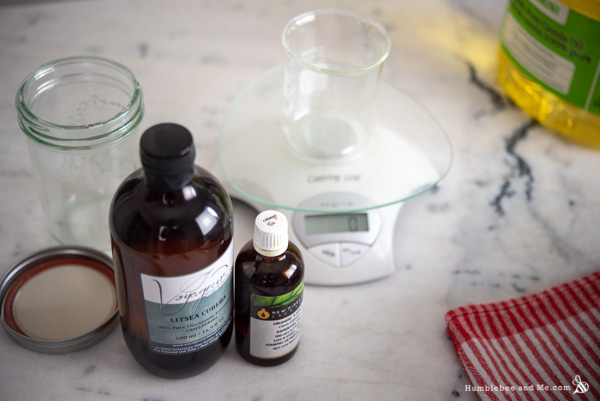 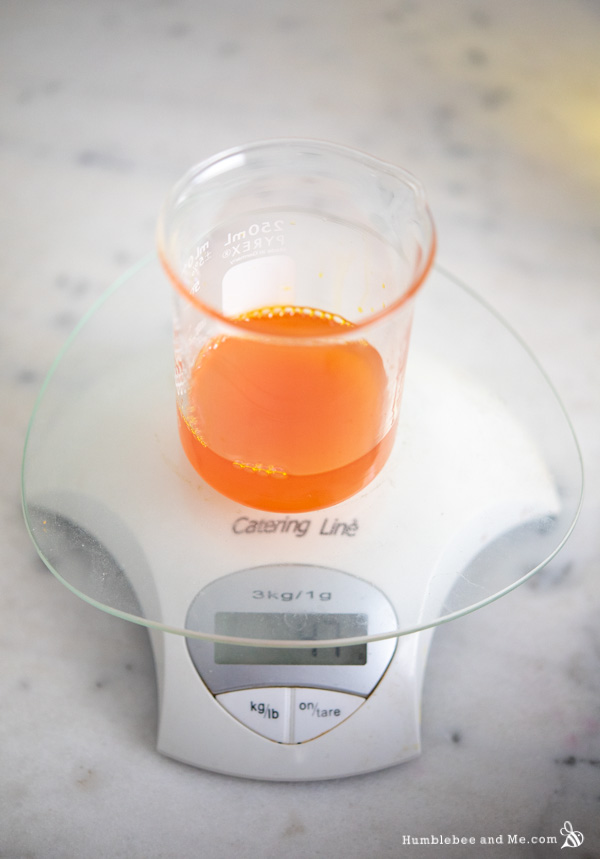