I’ve been wanting to make beer soap for ages, and I’m pleased to say I finally got around to doing it! A friend of mine makes beer (and great beer, at that!) and had some mostly flat stuff that he passed off to me for soaping purposes. And it worked brilliantly! I’m hooked—all my friends now have open invitations to dispose of their flat beer with me. 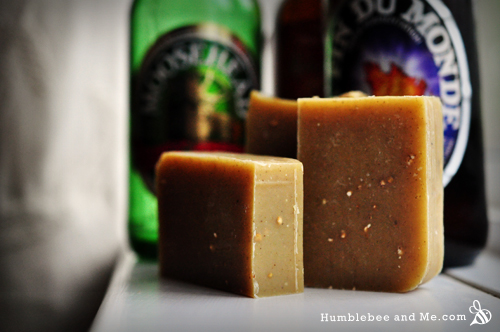 I scented it with essential oils of orange, lime, and pink grapefruit, with just a hint of cloves. Then, I toasted up some pearl barley (because beer is made from barley, of course!) and ground it up to add to the soap for a bit of exfoliation. 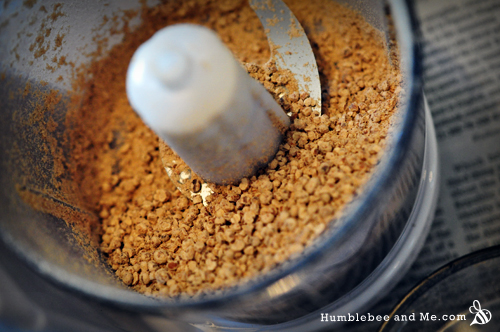 Barley does not really grind that well. It took ages to get to this point. Then I gave up and decided I was ok with some larger chunky bits. 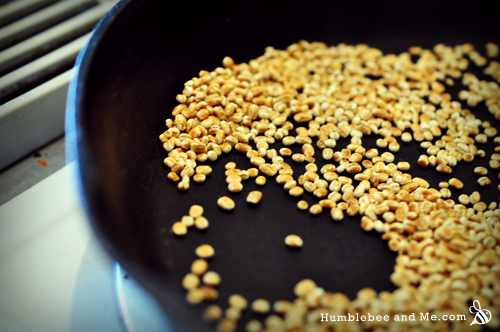 To start with, I made sure the beer was super, super flat. I froze half of it into ice cubes, and left the rest out at room temperature. I also melted the fats ahead of time and let them cool all the way to room temperature—no matching 120°F temperature points here, you want everything to be as cool as possible as soap containing beer reaches trace extremely quickly, so you’ll be matching the lye water and melted fats around room temperature instead. 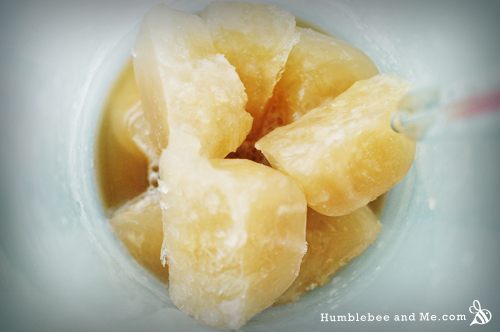 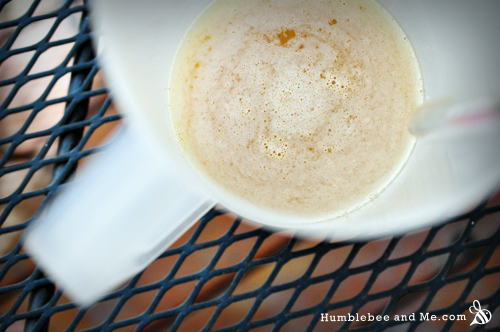 When it came to making the lye solution, I used about 60% beer ice cubes, and 40% liquid beer. For the first time ever, I made the mixture outside to ensure I had great ventilation, since beer + lye = big chemical stink. I added the lye very, very slowly—sprinkle, stir, dissolve, repeat. Even with all that ice I ended up having to chill the mixture even further in an ice water bath to get it down to room temperature (~70–80°F). 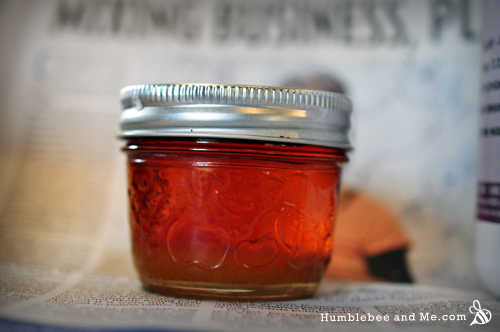 I made a 1.5kg batch, which requires a full 125mL of essential oils. 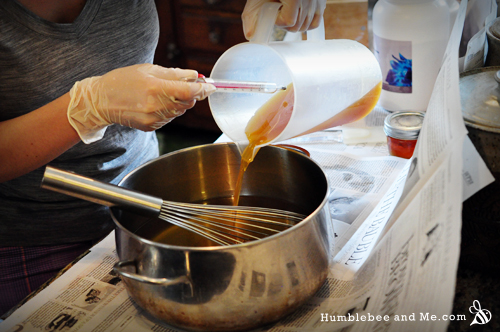 When it came time to add the lye water to the fats, things moved very quickly, so I was glad I had the essential oils, clay, and toasted barley all sitting there, ready to add. I reached trace in less than two minutes without using my immersion blender, and then quickly stirred in the essential oils, the clay, and the barley, and then poured everything into the mould. 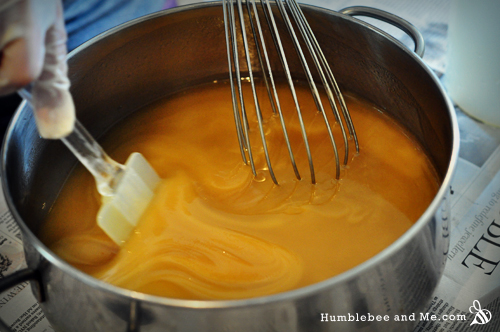 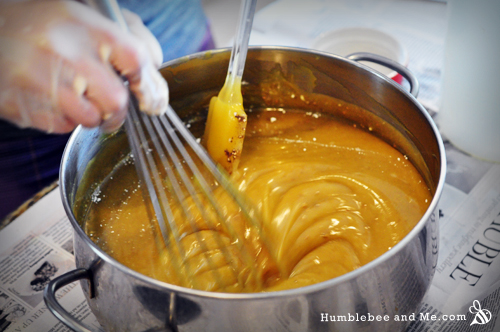 The batch reached trace very quickly—and a very thick trace at that.

Beer soap doesn’t need to be insulated, so the mould just sat out on my counter for the next day while it saponified. In the end I had a slightly greenish, citrus scented (with a hint of root beer, oddly enough), creamy soap with wee flecks of barley. Brilliant! 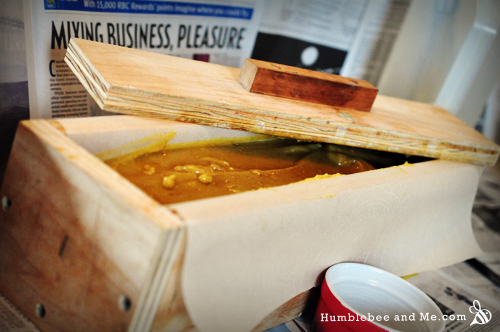 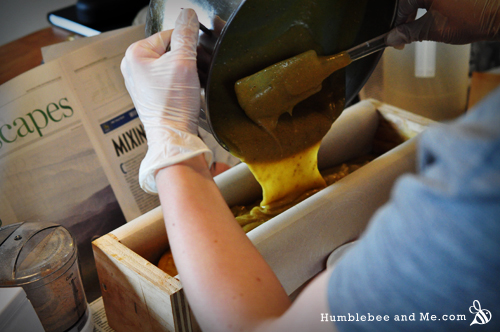 Instead of water, use very flat beer (I used a lighter wheat ale here)

If you’re not familiar with soap making, review my basic instructions and work in what I discussed above. Above all; go slowly and keep things cool! 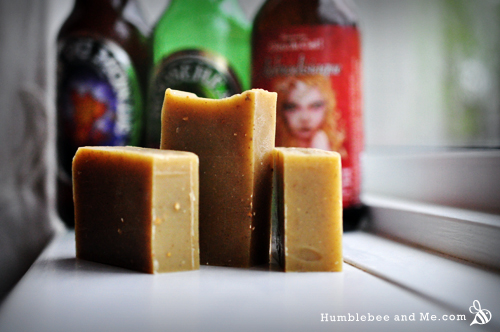