After inventing Shea Butter Body Meringue and sharing it with everybody, I was eager to try some variations on the theme. That is, a thick, luxurious lotion with lots of air whipped into it for a decadent, fluffy, final product. This cocoa butter body meringue is my first such variation. 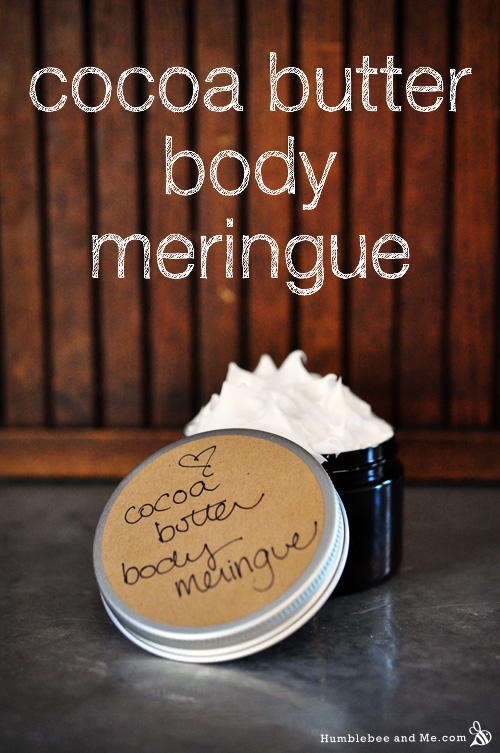 The original was stiffened up with some added candelilla wax to give it enough structure to be whipped up. For this version I dropped the added wax and opted to use just brittle cocoa butter. Cocoa butter is one of relatively few fats that’s brittle at room temperature, and it also happens to smell divine, so it is a great choice for a body meringue. 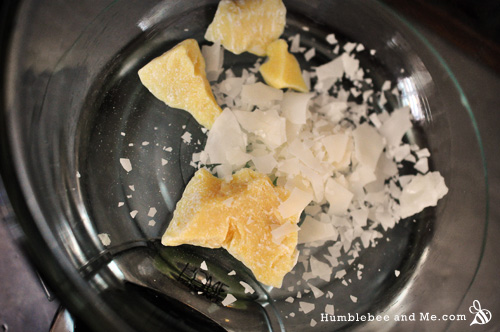 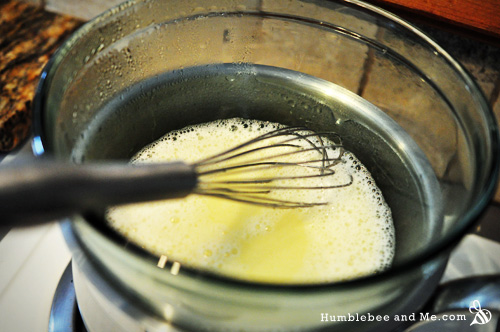 Body meringues come together mostly like a lotion, though at the end there’s a bunch of whipping to get that lovely, light final product. Melt, whisk, and whip! I do recommend adding a broad spectrum preservative, though. Because of its texture you’ll want to store this body meringue in a wide-mouthed jar, but it’ll spoil pretty fast from finger-dipping without a preservative. 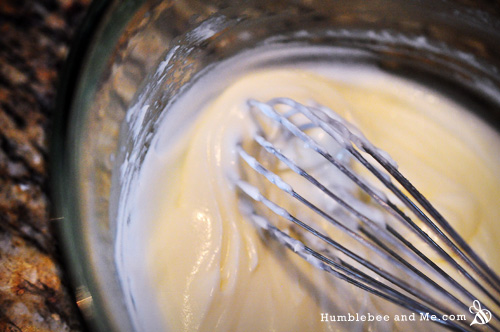 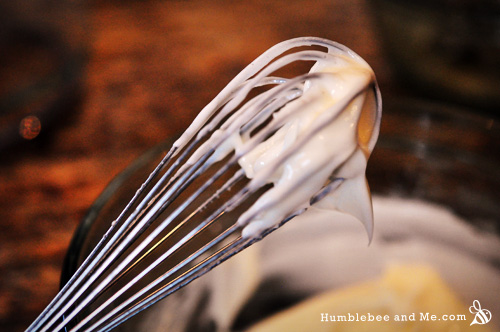 So, if you love the smell of chocolate and are intrigued by a light, fluffy body lotion that leaves your skin lightly hydrated and happy, give this recipe a try—it’s great 🙂 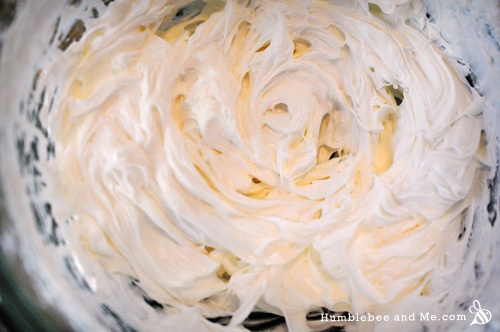 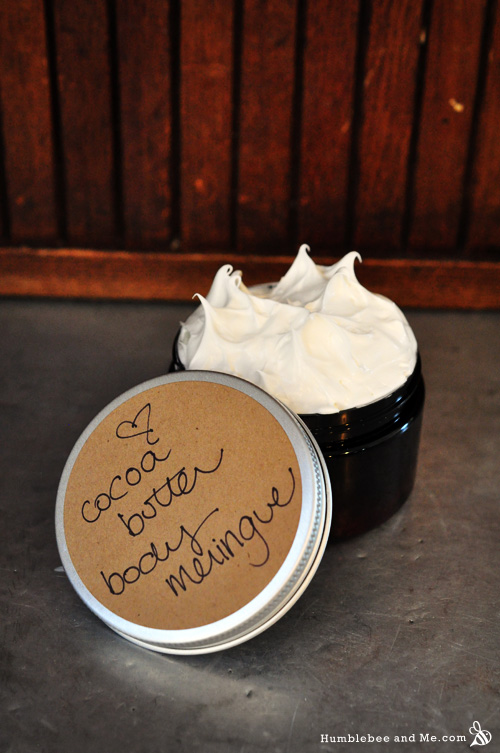 I do really recommend using emulsimulse/ritamulse here over other e-waxes as Emulsimulse/Ritamulse thickens up immediately, where other e-waxes require a few days to stop being watery (unless you use an immersion blender rather than hand whisking). If you don’t have another e-wax you’ll need to wait three or four days for the e-wax to thicken up before you can whip the lotion.

While the oils melt, combine the water with the vegetable glycerine (USA / Canada), honey, and silk peptides in a small glass measuring cup. Whisk to combine.

Once the oils have melted, add the water mixture and heat everything through before removing the mixture from the heat.

Whisk to combine as the mixture cools. Once it’s at room temperature, place the bowl in the fridge.

Whip the chilling lotion with electric beaters every hour or so, placing it back in the fridge between whippings. Whisk in your preservative when on the second or third whipping. Once you’ve got a thick, glossy lotion that forms soft peaks when daubed with the back of a spoon, lightly spoon the mixture into a 250mL/8oz wide-mouthed jar.

Because of the lovely texture of this lotion, I don’t really recommend storing it in a pump-top bottle.

Don’t have the oils called for in the recipe? Check this out. 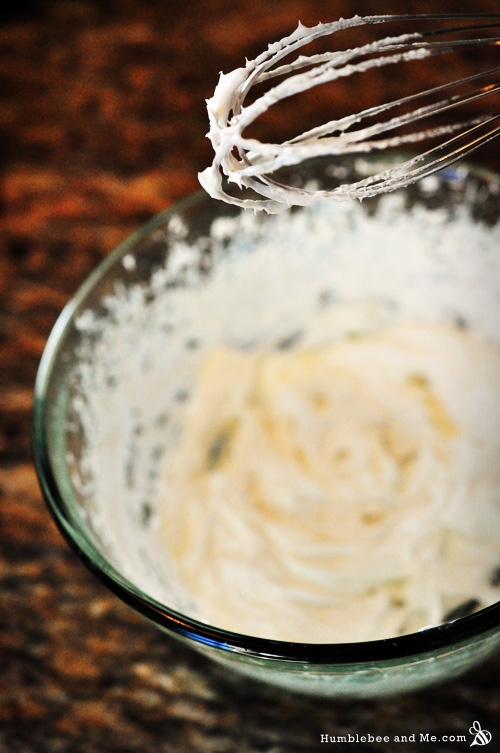 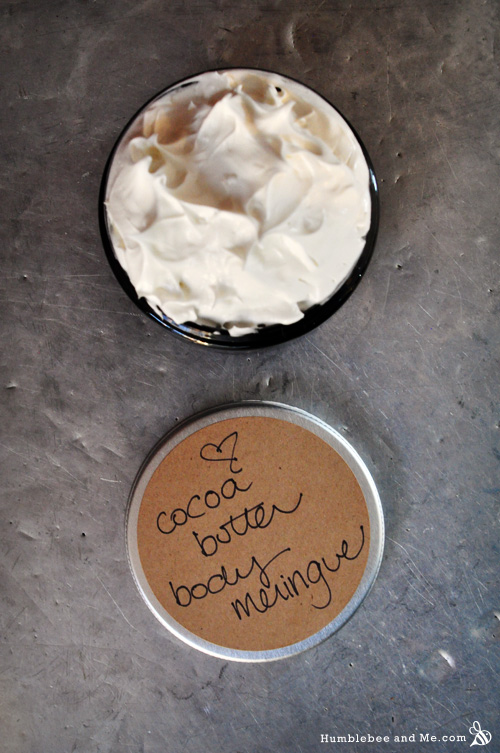