Dead sea mud was one of the first DIY ingredients I ever bought. I mean, it just sounds so exotic and amazing, and it doesn’t hurt that the reviews rave about how it leaves skin firm and happy. It turns out, however, that there are only so many things you can add mud to, so two and a half years later I’ve still got a wee tub of it hanging out in my cupboard. It’s not that I don’t like it, I just haven’t found loads of uses for it. It smells a bit like the air just before it rains, and it’s a luxuriously thick mud—the sort of thing you’d be thrilled to play in as a kid. Anyhow, I am always game to try adding something to soap, so that’s where this experiment started. 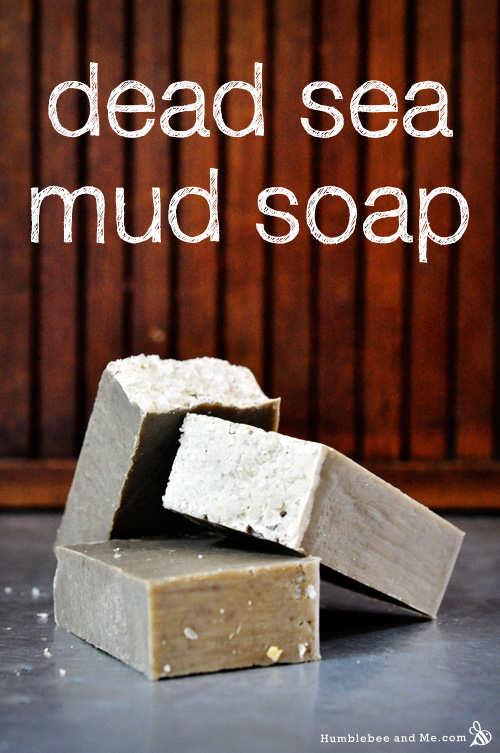 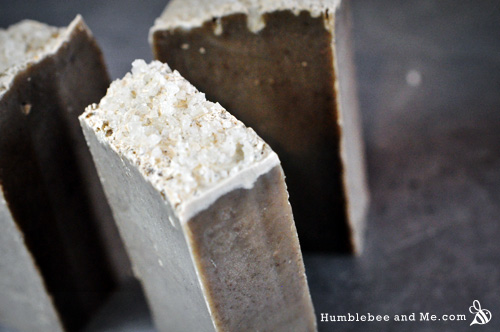 The base is a variation on my all in one soap, with slightly more beef tallow and a bit less olive oil (pomace). I let the oils and lye water come to room temperature overnight before combining them, so I had some time to work with the batch before it reached a thick trace. 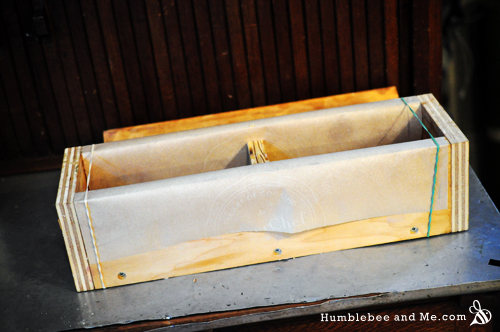 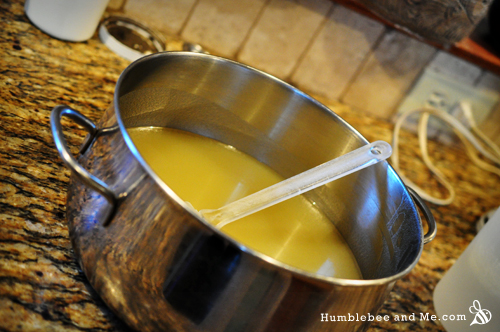 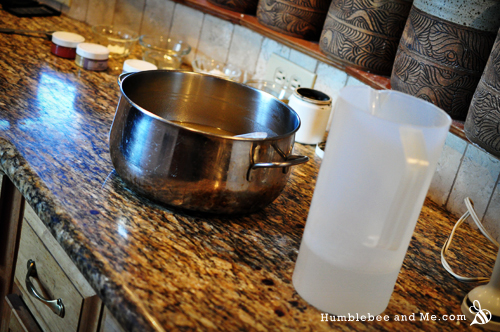 At first I couldn’t figure out what to scent this soap with. I was thinking citrus, but that didn’t seem quite right. Then, as I was going through my essential oils cupboard, I came across my bottle of petitgrain essential oil, and I immediately knew that was it. Petitgrain essential oil is derived from the bitter orange tree—the same tree that gives us neroli essential oil. Petitgrain smells vaguely of citrus, yet it smells very dry. It’s hard to describe. It’s fresh and fruity, but not juicy. Something about it just begged to be paired with Dead Sea mud. 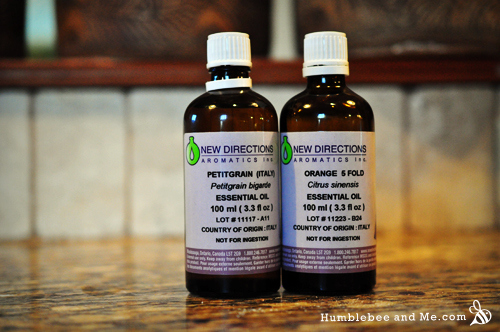 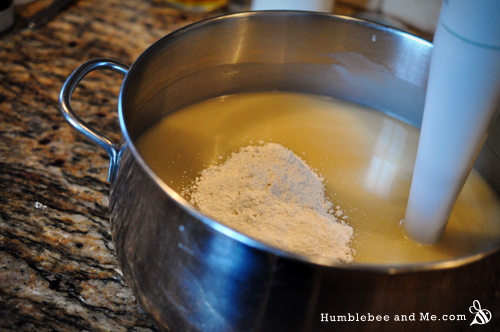 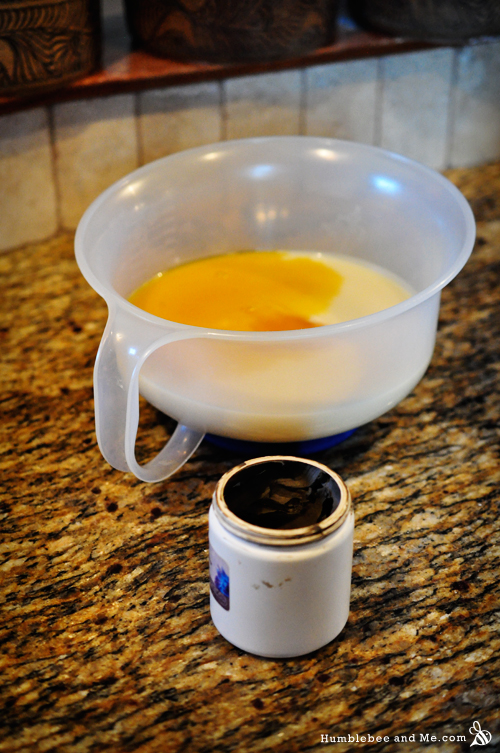 The first thing you’ll notice about the final bars is their weight. They’re heavy. I suppose that shouldn’t be surprising considering they’re spiked with mud from a lake with extremely dense, saline seawater. They’re also a smooth, cool grey that lightens considerably in the first few weeks as the bars age. 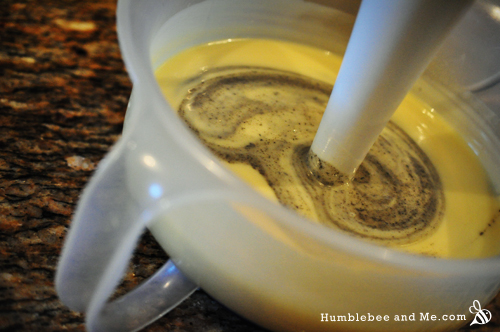 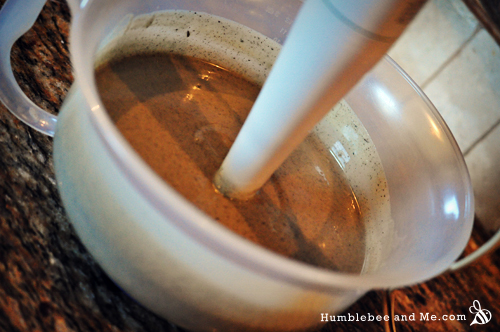 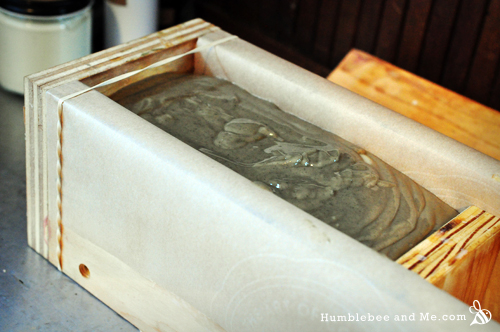 The finished bars make for divine gifts. The luxurious, exotic appeal of the Dead Sea combined with a serious hit of minerals and some seriously lovely lather makes for a divine shower experience. And, legend has it drinking Dead Sea water means you’ll live forever, so perhaps an accidental mouthful of your bathwater will have unexpected benefits in 50 years or so 😉 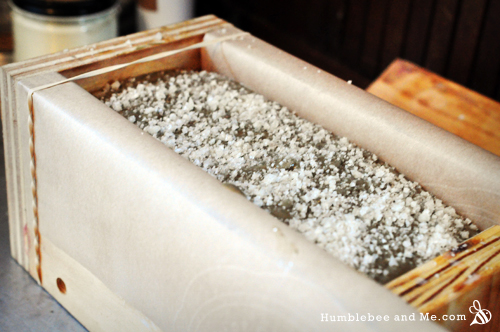 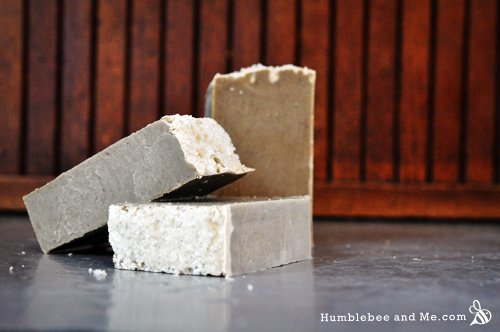 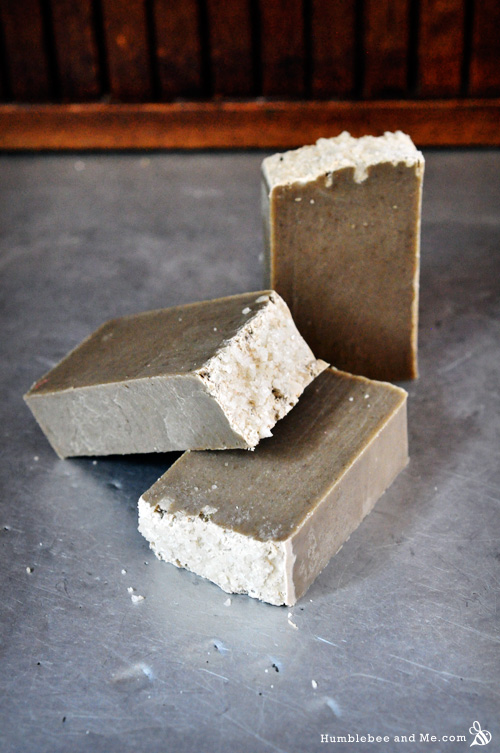 Follow my standard soap making instructions. Once you reach a medium thick trace, blend in the clay and essential oils. You’ll want to ensure you’re using an immersion blender for this batch or you’ll end up with clods of mud and clay in your final product.

Add the mud slowly, blending away with the stick blender, until it’s nice and smooth.

Pour the soap into the mould and top with sea salt, lightly patting it down so it sticks. Cover and let saponify for 24 hours. Remove from the mould and slice the loaf into bars. I recommend rotating the loaf so the salt topping is on the side, otherwise your knife will drag salt crystals through your bars as you slice, which leaves funny looking little gutters/scars in the bars. Let cure for at least 3–4 weeks before using. Enjoy! 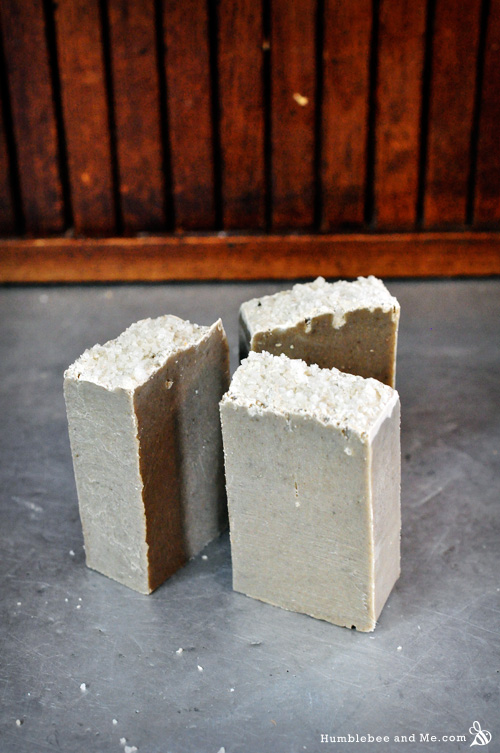 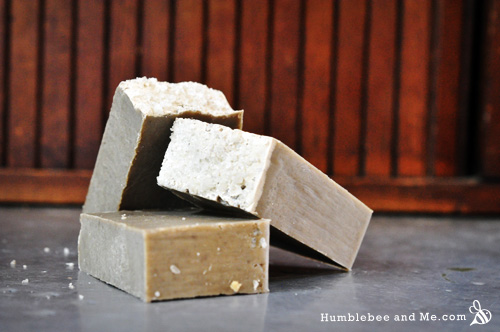