I recently purchased myself a pair of Merrell Pace Gloves. I love how lightweight and flexible they are, and even though I haven’t really been putting much effort into training myself to barefoot run, I still wear them all the time. And it’s starting to show… in the nose. After six weeks of barefoot wear, my new shoes smelled like bad, bad cheese. 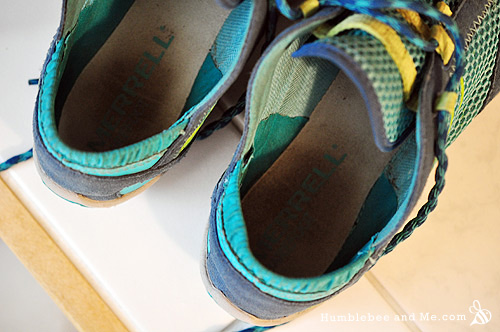 This isn’t the first time this has happened to me—I had a pair of barefoot shoes from Rockport a few years ago, and they turned into the stinky stuff of legend. I couldn’t take my shoes off anywhere, lest I kill some poor old lady with the rank cloud that emerged from them whenever they were released from my feet. Yelch. We tried throwing them in the wash (as they were washable, as are the Merrell ones), using a mild bleach solution, and using borax. Nothing killed the stench for more than two wears. So, eventually the shoes ended up getting thrown out. Sad. 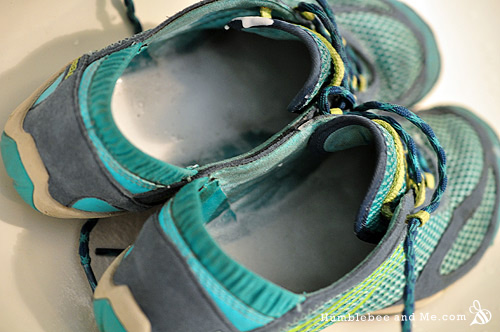 The Merrell shoes have built in antimicrobial action from Aegis®. Unfortunately, this is not the be-all-and-end-all of keeping your shoes from smelling like the backside of a cow with digestive problems. I think it helped delay the onset of the stench, but once the stink had set up camp, the antimicrobial didn’t stop the stink’s relatives from moving in. 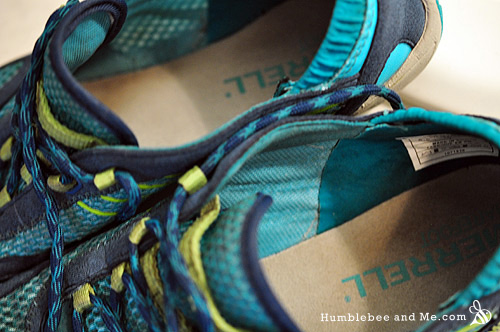 So I fixed it. The stench, that is. And it was incredibly easy, and has lasted more than two washes. It’s just baking soda and hydrogen peroxide. Baking soda is a deodorizer, and hydrogen peroxide is a great antibacterial. Simply make a slurry of the two ingredients and pour half of the mixture into each shoe. Leave the shoes in the sink to soak, and after an hour or so, rinse. You can reach in there with an old toothbrush and scrub a bit if you’re feeling so inclined.

Et voila. Your barefoot shoes are bare of the foot smell once again.