I’ve had a ton of requests for a lip oil recently, and I thought this year’s Frosted Cranberry theme was a great backdrop for a shiny new lip oil formulation 😄 This cheery red oil imparts moisture and shine to our lips and it smells softly of fresh, juicy cranberry oil. 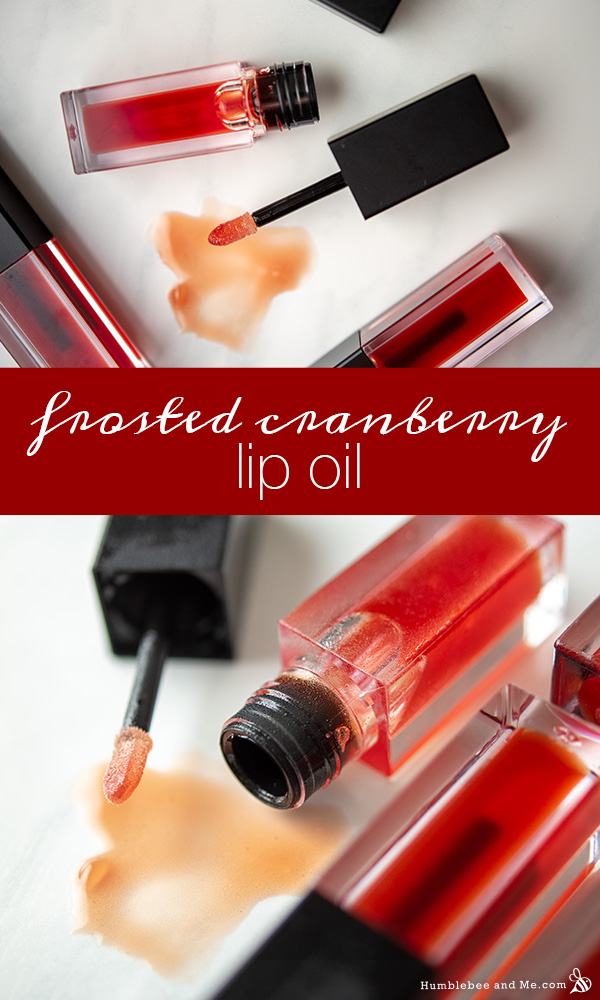 When I first heard about lip oils I will admit I didn’t get the excitement; I’ve tried putting straight oil on my mouth before and the sensation was mostly “just ate a liberally-dressed salad” and not at all “just applied a lovely cosmetic” 😂  So, I decided to take a couple of formulation cues from lip gloss to add a titch of body to the formulation so it felt richer and more substantial. 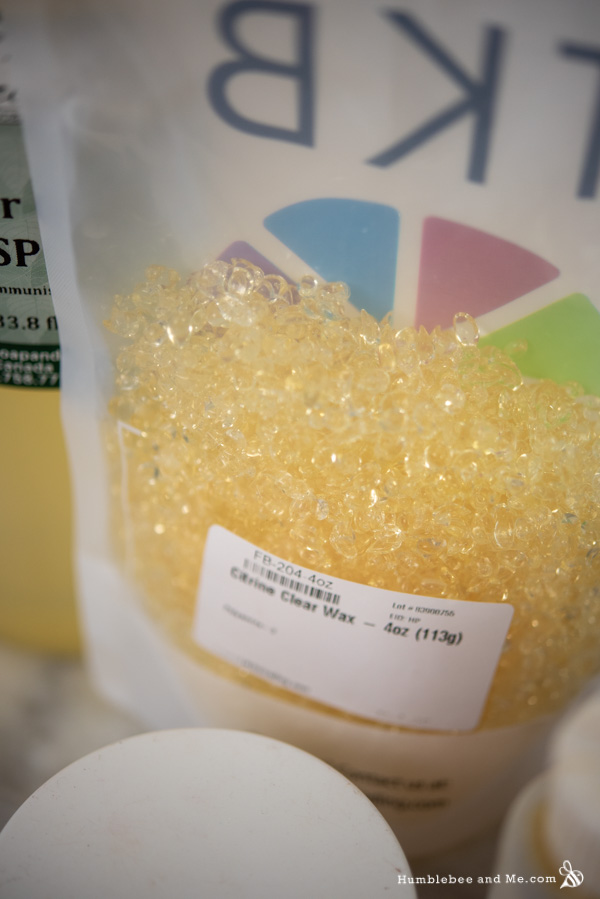 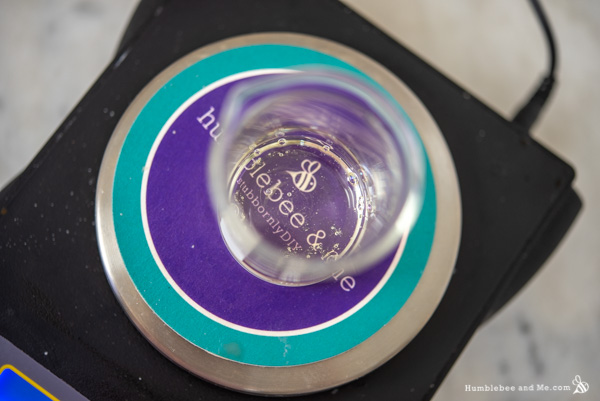 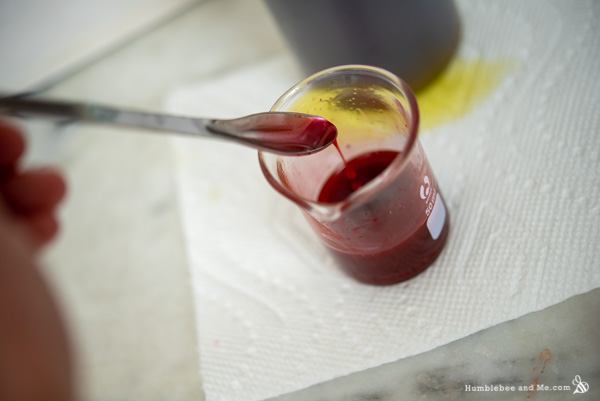 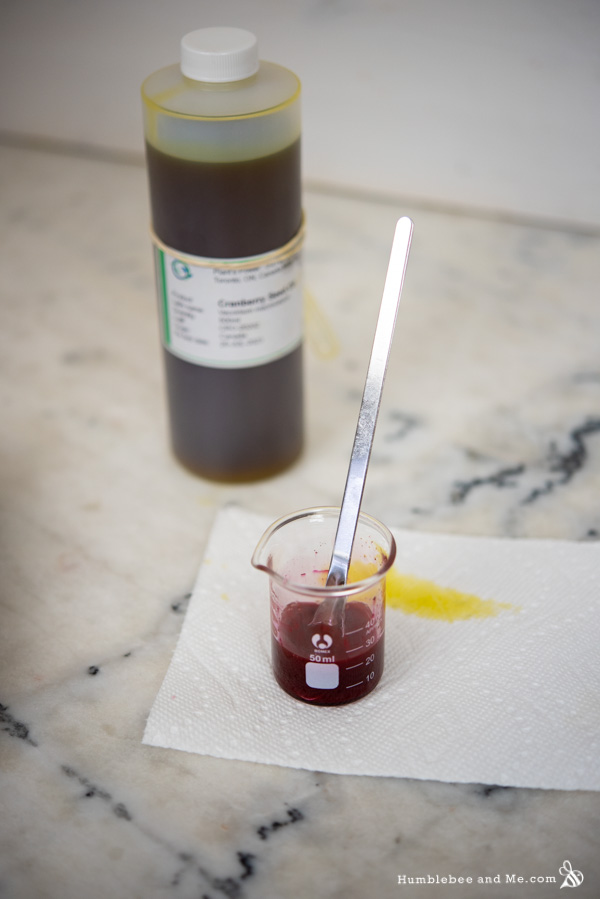 Anywho—that slightly thickened castor oil forms the majority of the formulation, creating a base that has some richness, shine, and decent wear time thanks to polyamide-3’s film-forming abilities (I say decent in comparison to other lip oils and glosses—this definitely doesn’t compare to long-wearing liquid lipstick!). That base is then rounded out with some cranberry seed oil, which is surprisingly fresh and fruity-smelling. So many fruit-derived carrier oils smell like mostly nothing, so I was very pleasantly surprised to crack open this bottle from Plant’s Power (gifted) and get all kinds of juicy fruity olfactory goodness 😋 That scent comes through in the finished lip oil—yum! 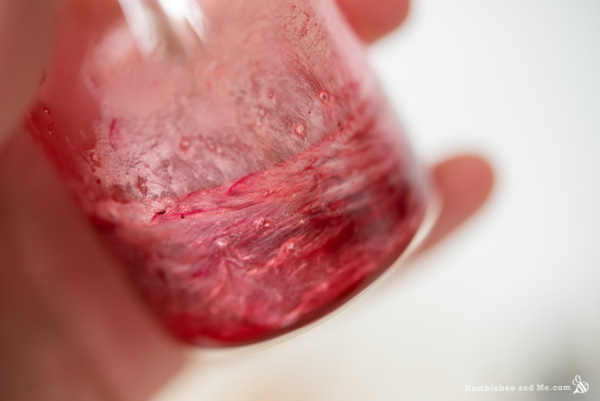 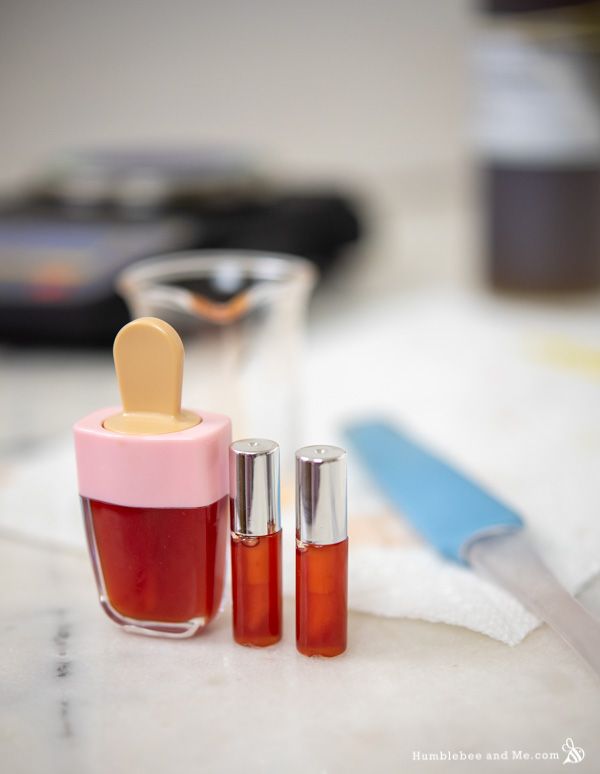 I also included a wee bit of colour for a cranberry-ish hue. I used a titch of carmine—I tried both powdered and the pre-dispersed version, and the pre-dispersed version was definitely my preference. If you prefer not to use carmine you can definitely use a dye instead; I think red 40 or red 7 would be lovely alternatives! I don’t recommend using red iron oxide as the colour is much browner than carmine or red 7. I’ve kept the pigment level low enough that this lip oil barely tints the lips—you can use a wee bit more if you want a stronger colour punch. (If you’re in Canada, Windy Point has a selection of pre-dispersed dyes!) 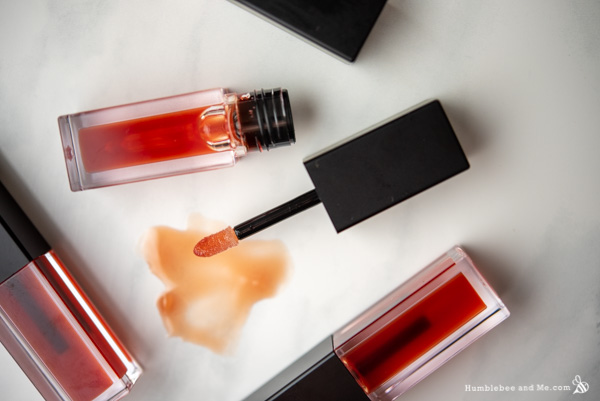 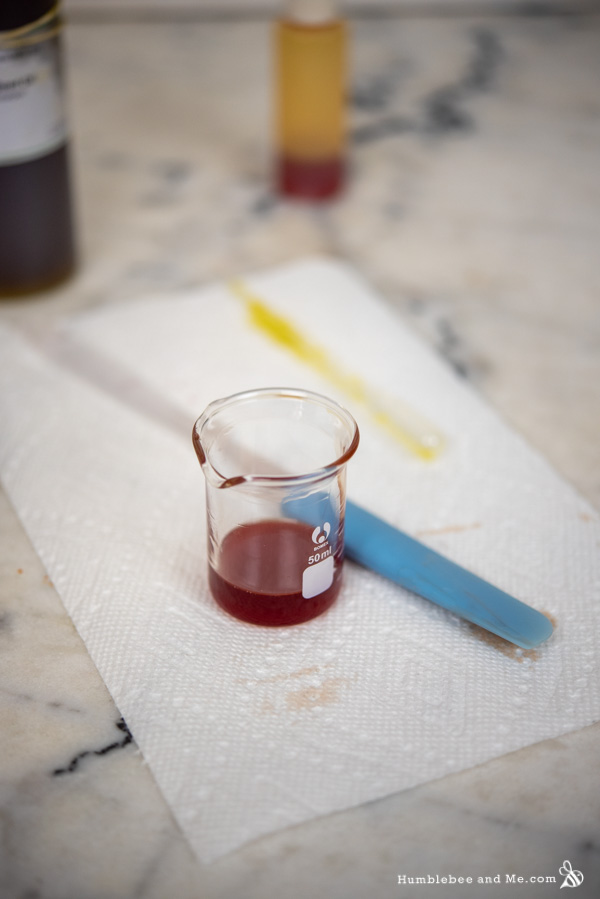 Once the lip oil is done I recommend packing it in some sort of wand/doe foot tube. I picked up some really tiny ones on Amazon back in the summer, and I also have some larger ones from TKB Trading. A nail polish bottle would work, too! I think this oil is too thick to work very well in a roller bottle, and it’s too thin to dispense well from a squeezy tube.

Stovetop method: Weigh the heated phase ingredients into a small stovetop safe beaker or saucepan. Place that on the stovetop over very low heat to gently and slowly melt the polyamide-3.

Oven method: Preheat your oven to 210°F (100°C). Weigh the heated phase ingredients into a small heat-resistant glass measuring cup or a heavy glass custard cup—what makes the most sense for you will depend a lot on your batch size. Place the measuring cup in your prepared oven to melt everything through.

After about 20–30 minutes everything should be completely melted through. You’ll know it has melted when you can no longer see any wee air bubbles in the mixture; the beads vanish into the oil and the only visual sign they leave is a bubble of air in each bead. Remove the mixture from the heat and set it on a towel or hot pad to insulate it from the counter and stir the mixture with a flexible silicone spatula to combine everything. Add the cranberry seed oil and stir—the mixture will get thicker as it cools.

Once the mixture has cooled until it’s barely warm to the touch, add the cool down phase. Stir to thoroughly combine and transfer to your packaging. I used some 5mL square tubes with wand lids from TKB Trading (gifted) and loved how that worked!

Because this lip oil is 100% oil-based, it does not require a broad-spectrum preservative (broad spectrum preservatives ward off microbial growth, and microbes require water to live—no water, no microbes!). Kept reasonably cool and dry, it should last at least a year before any of the oils go rancid. If you notice it starts to smell like old nuts or crayons, that’s a sign that the oils have begun to oxidize; chuck it out and make a fresh batch if that happens. 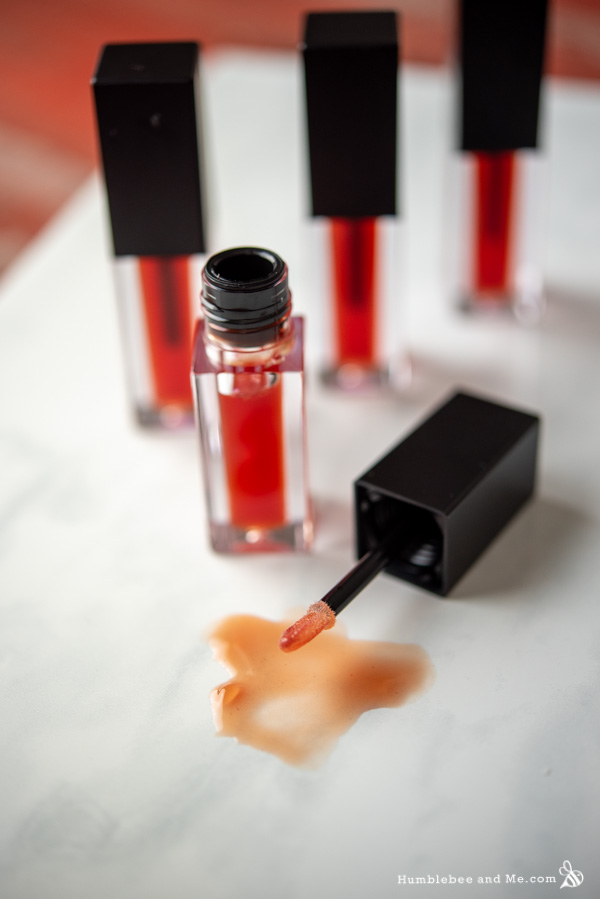 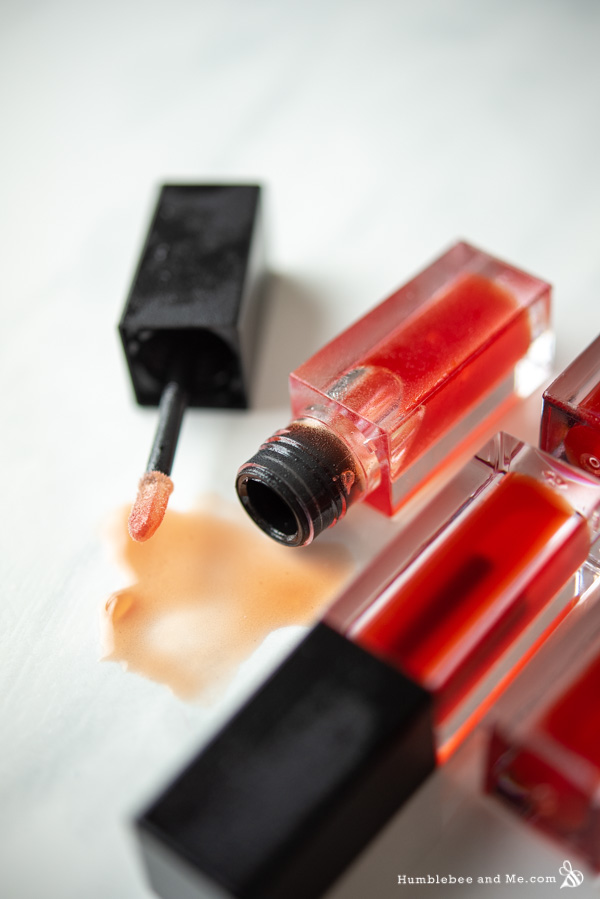