I have fallen hard and fast for this Gentle Aloe Facial Cleanser. So much so that I made a video of it because I was using it up so rapidly that I needed more, so I figured I might as well film the making of batch #2. If you make anywhere close to as many things as I do, you’ll understand how great of an honour a second batch of anything is, let alone a second batch within weeks of creating the first! This cleanser is quite simple to make, and has the loveliest, luxxy, silky lather. A small amount leaves my skin feeling clean, but not stripped dry, and it smells so awesome that I find I can’t wait to use it. Lurvely.

The surfactants I’ve chosen for this cleanser are both very gentle—Sodium Cocoyl Isethionate (SCI) and Cocamidopropyl Betaine (Amphosol CG). SCI is has a beautiful, fine lather than I’ve read described as “lace glove lather”, and is often referred to as “baby foam” since it’s so gentle. 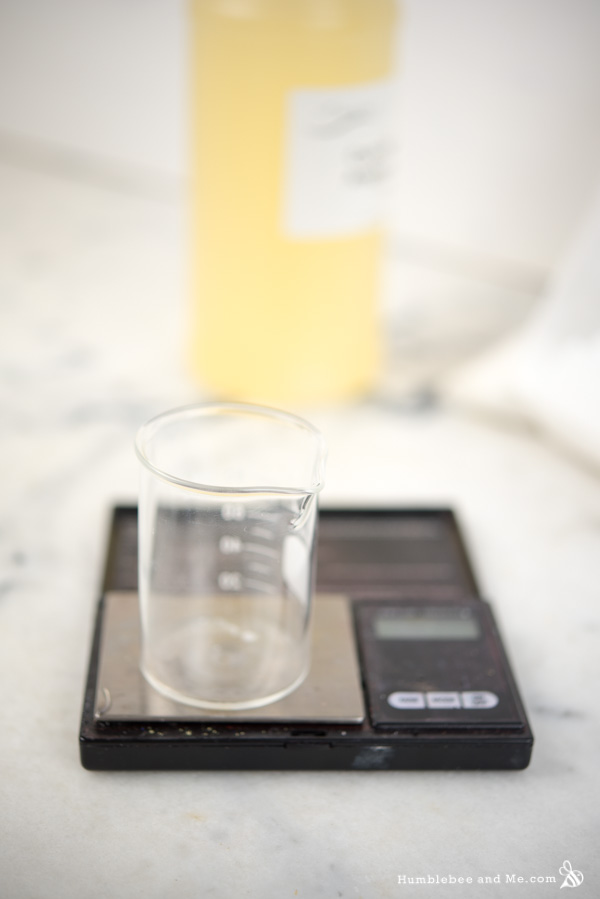 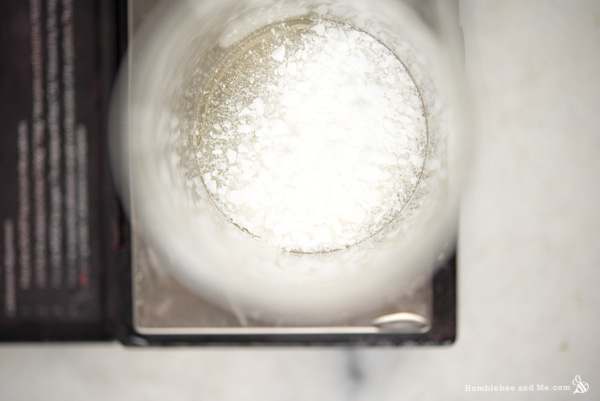 Since this cleanser is almost entirely water based, we can include all kinds of awesome water soluble goodies. I included conditioning honeyquat PF; panthenol, glycerin, and silk for their humectant properties; and allantoin and aloe vera for their soothing goodness. Because this cleanser is almost entirely water it’s also prone to being quite thin, so I’ve included some xanthan gum to give the cleanser some body. 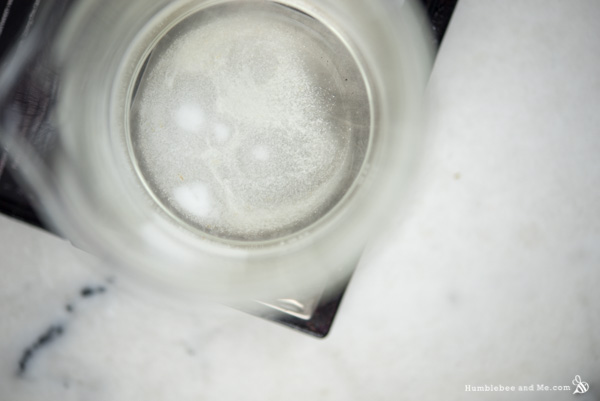 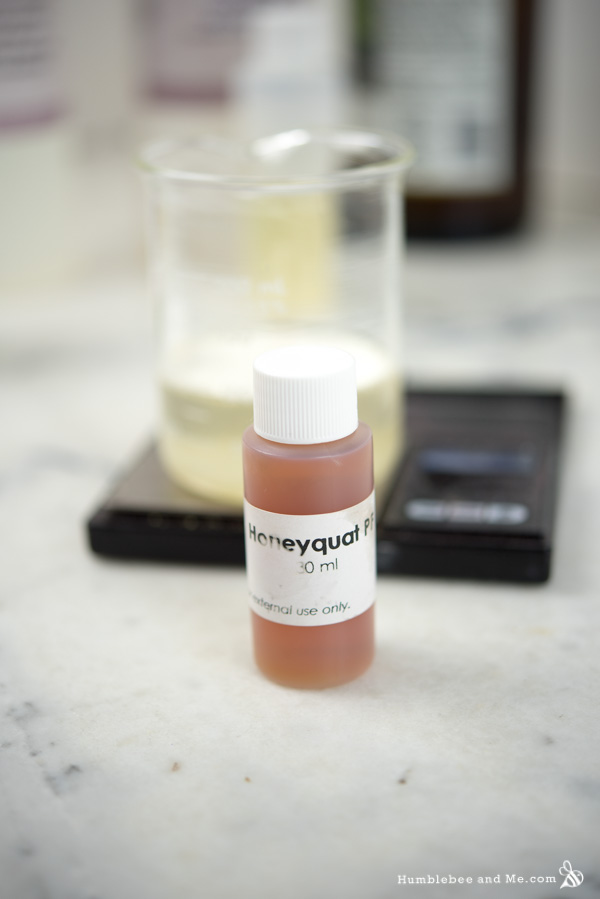 A subtle, bright blend of soothing chamomile and uplifting spruce rounds this cleanser off, and the surfactants are good enough emulsifiers that we don’t need to add another to get those 10 drops of oil-soluble essential oils to incorporate. 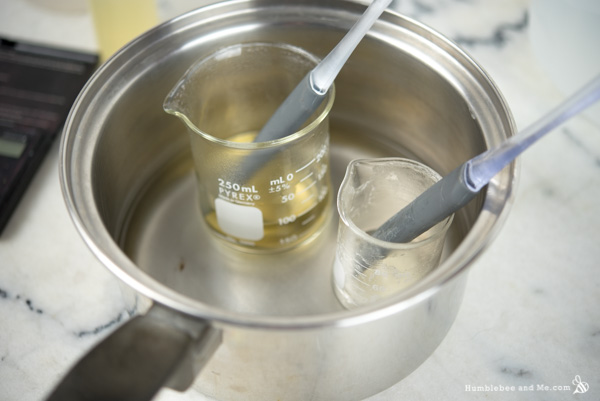 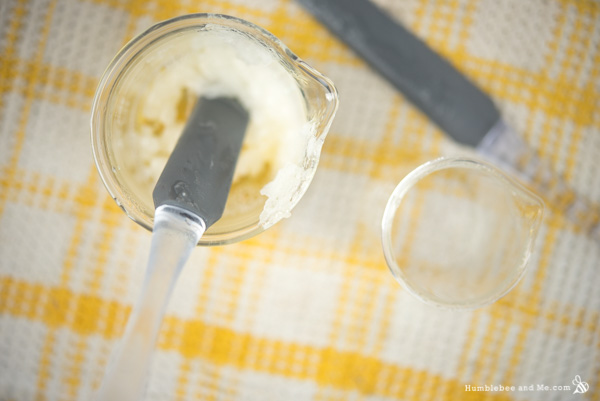 The tricky bit of this cleanser isn’t even that tricky—it’s just a bit time consuming. Once the SCI has dissolved in the Amphosol CG, all you’ve got to do is whisk the water and xanthan gum together, and then stir the rest of it together. The surfactant blob will take a while to dissolve, but it will (and with fairly little effort on your part), and you’ll be left with a downright lovely pumpable Gentle Aloe Facial Cleanser that is perfect for sensitive skin. Try it! 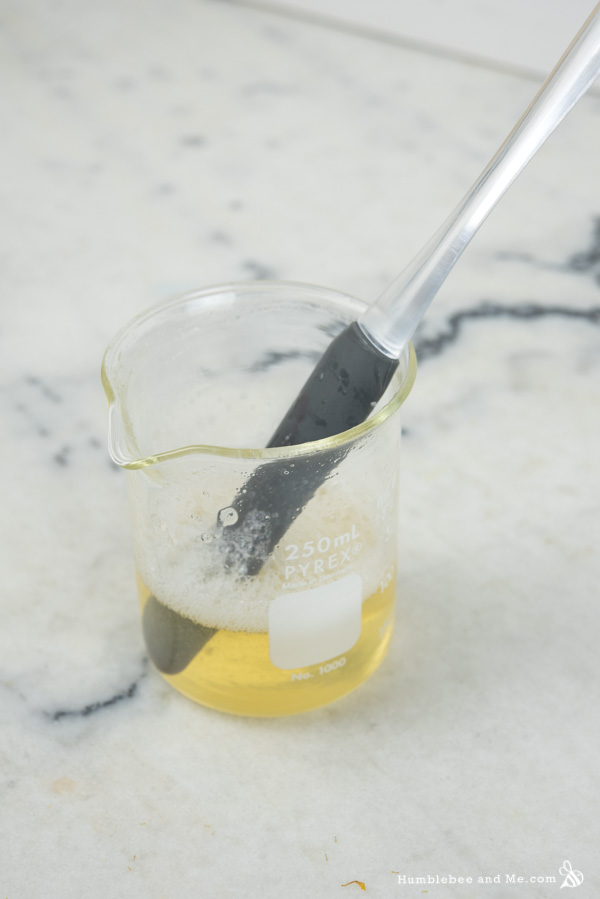 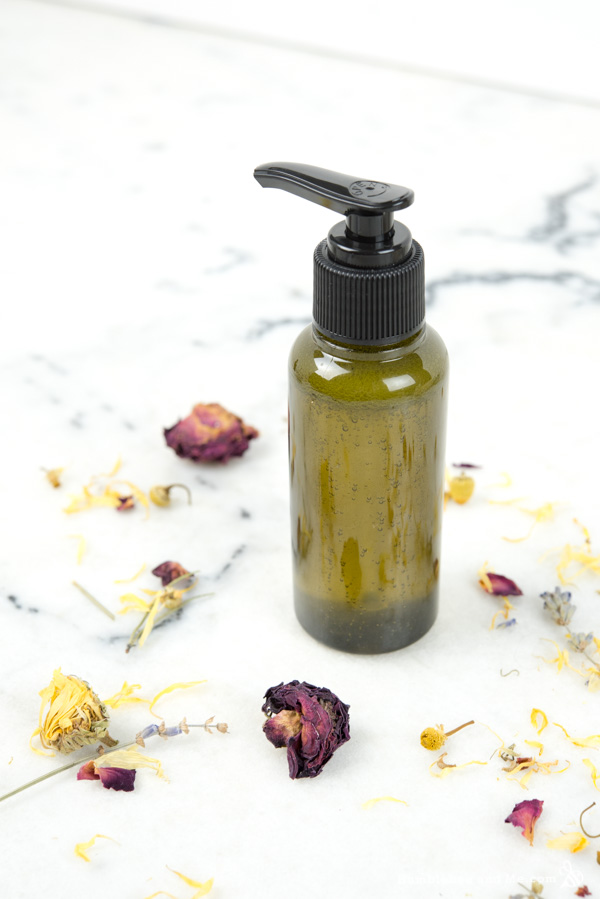 0.5g | 0.017oz liquid germall plus (USA / Canada) (or other broad spectrum preservative of choice at recommended usage rate [why?])

Prepare a water bath by bringing about 3cm/1″ of water to a bare simmer over low to medium-low heat in a wide, flat-bottomed sauté pan.

Put on your dust mask and weigh the SCI and Amphosol CG into a small heat-resistant glass measuring cup. Place the measuring cup in your prepared water bath to let the SCI dissolve into the Amphosol CG. This will take a while! It took about an hour for me—keep an eye on your water bath so it doesn’t simmer dry.

While the surfactants do their thing, weigh the water into another small heat-resistant glass measuring cup or beaker. Stir in the honeyquat, panthenol, silk, allantoin, and aloe vera powder. When the surfactant mixture looks mostly uniform (perhaps just one or two white blobs left), pop the water mixture beaker into the water bath as well to heat that through so we can be certain the allantoin dissolves (it’s very unpleasant if it doesn’t!).

When the water part has heated through and appears uniform (no powder sitting at the bottom), sprinkle the xanthan gum over the surface of the water and whisk it in—be sure to only sprinkle in a wee bit at a time so you can whisk it in without it forming clumps. Sprinkle and whisk away until you have a substantially thicker gel, and there aren’t any blobs yet.

Once the mixture is completely uniform and there are no more surfactant blobs, remove the beaker from the heat and leave it to cool for about half an hour. When it has cooled so it’s just slightly warm to the touch, stir in the essential oils and preservative, and decant the cleanser into a 100mL pump-top bottle (I used this bottle paired with this pump-top).

If you like a thinner final product you can use 1/4 tsp xanthan gum instead.

I know there’s some weird stuff in here. You can make it without the honeyquat PF, panthenol, allantoin, silk, and aloe vera, but that will give you a much less conditioning, more drying final product. It’ll still clean, though! Replace the missing weight of any dropped ingredients with more distilled water.

Because this cleanser contains water, you must include a broad-spectrum preservative to ward off microbial growth. This is non-optional. Even with a preservative this project is likely to eventually spoil as our kitchens are not sterile laboratories, so in the event you notice any change in colour, scent, or texture, chuck it out and make a fresh batch. 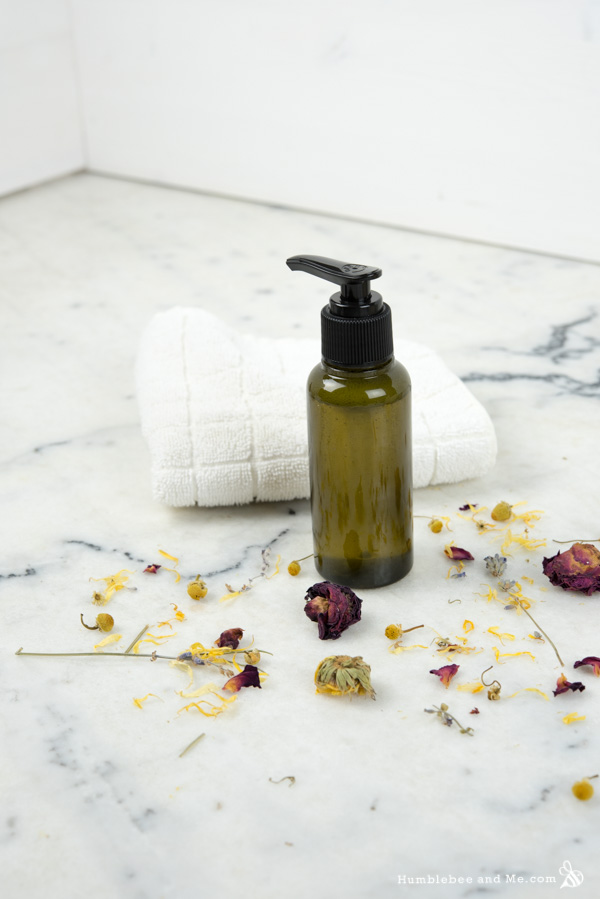