The count of babies due to pop up in my life continues to rise—it’s currently at 7. That’s got me thinking about all the crap that’s in diaper creme. It’s mostly petroleum/mineral oil, which is a sad thing to put on anybody’s skin, let alone your darling baby’s. My homemade diaper creme has a nice, short ingredient list, and nothing in it is related to plastic. 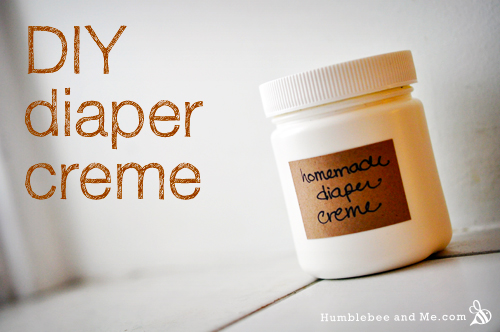 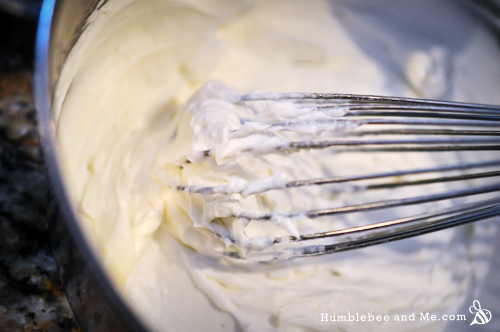 The active ingredient in this diaper creme, like many you can buy, is zinc oxide, at about 10%. Zinc oxide helps soothe and prevent rashes by creating an inert barrier between sensitive skin and the outside world. 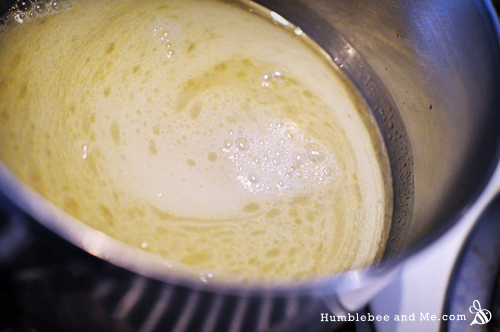 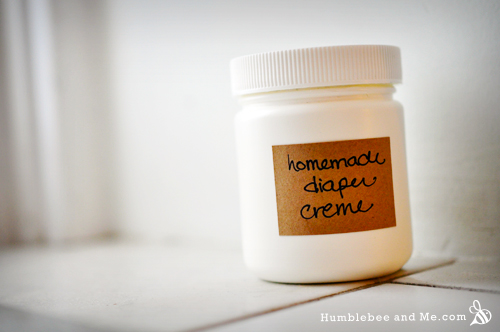 Instead of mineral oil, the oil I’ve used is grapeseed oil, which is gentle, quick-absorbing, and mildly astringent. I’ve used plain water as the base, but you could spice things up by steeping chamomile flowers in the water first or using aloe vera juice. 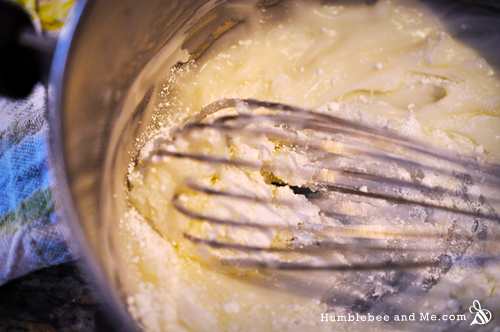 Whisk together the water and vegetable glycerine in a small glass measuring cup.

Weigh the emulsifying wax and grapeseed oil into a small saucepan and melt together over medium heat.

Once the oils have melted, add the water mixture and heat through. Remove the pan from the heat and whisk as it cools until you have a thick lotion (the thickening may take a few days if you are using a different emulsifying wax from emulsimulse/ritamulse).

Whisk in the zinc oxide and preservative, and transfer into a small jar.

Don’t want preservatives near your baby? Try my Baby Bum Balm, which doesn’t need any preservatives because it doesn’t include any water.

Don’t have the oils called for in the recipe? Check this out.

New to lotion making? Watch my basic lotion how to video! 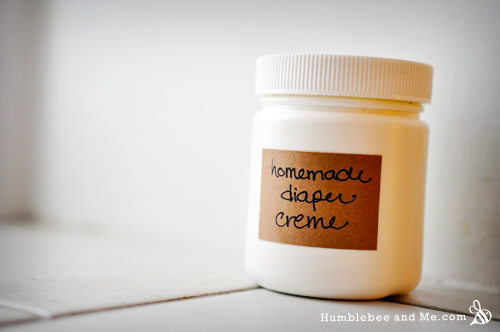