I keep hearing about aloe and shealoe (shea + aloe) butters, and they confuse me. You see, aloe is water soluble, so somewhere in that butter there is some sort of wizardry going on, because aloe is patently not a butter. That’s about as ridiculous as the idea of celery butter. New Directions explains the creation of their aloe butter as “developed from the extraction of the Aloe Vera pulp using a fatty coconut fraction to produce a soft-solid butter”. Huh. That sounds suspiciously wizard-like. 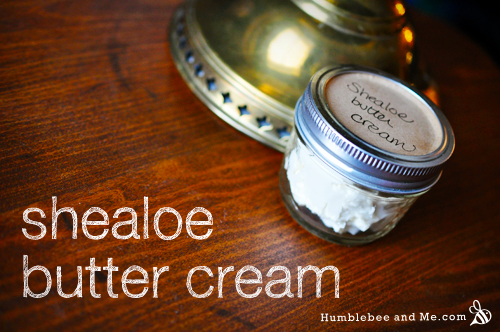 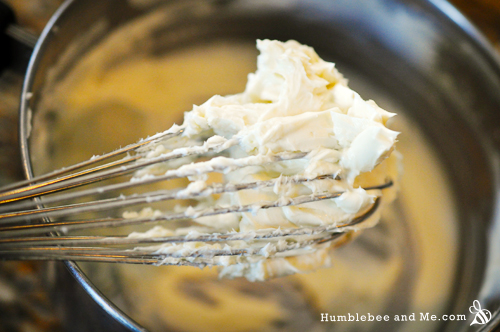 I wanted something that’s moisturizing and awesome, that utilizes all the great qualities of both shea butter and aloe vera that didn’t require chemical wizardry (or the rather steep price tag that often accompanies such wizardry—$23/kg vs. $8/kg for plain shea butter). Making some homemade shealoe butter cream myself also put me in charge of any preservatives. 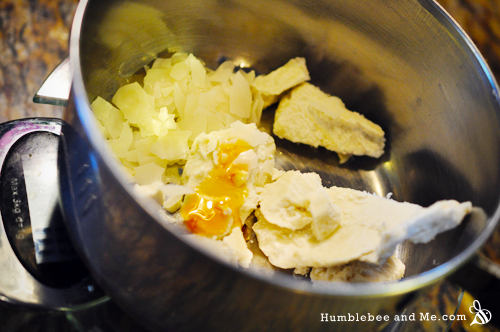 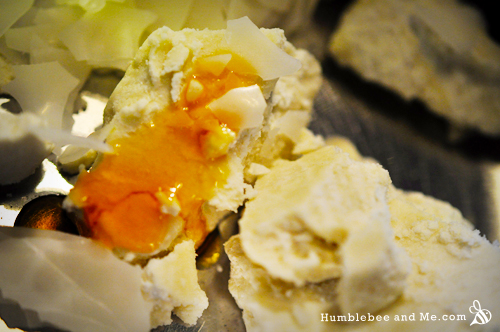 You won’t be hard pressed to find recipes for some sort of shealoe butter online, but the ones I found all used processed aloe vera gel, and contained no emulsifiers. I’m assuming there must have been something emulsifying in the store bought gel as they seemed to work out in the end, but that’s not my style. 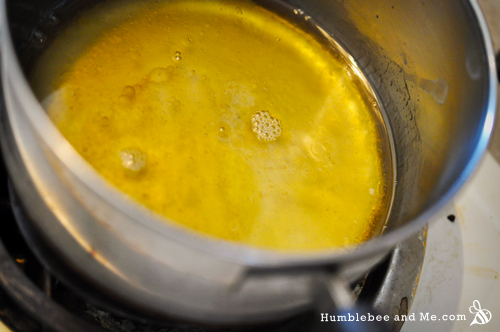 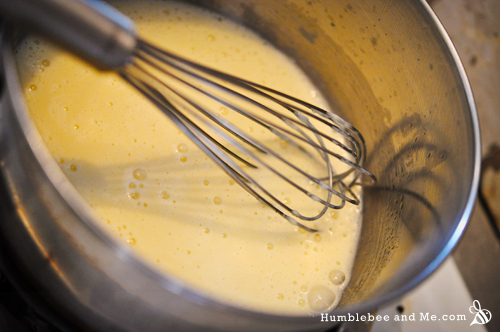 Mine isn’t a butter, really—butters are all fats. No shealoe butter is really going to be a true butter without some chemical wizardry thanks to aloe’s water soluble nature. So, it’s technically a lotion, but it’s a thick, rich lotion, so that’s why I’m calling it a “butter cream”. Think of that thick, delicious cake frosting that is just oh-so-divine, and that’s what I’m talking about. It acts a lot like a body butter, but isn’t quite as thick and greasy. I love it. 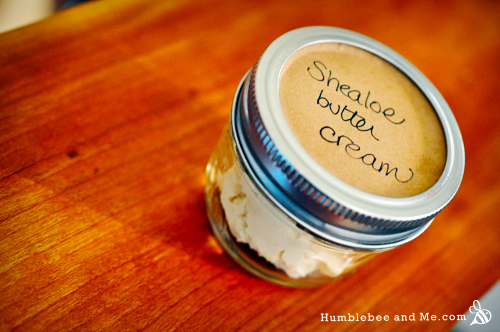 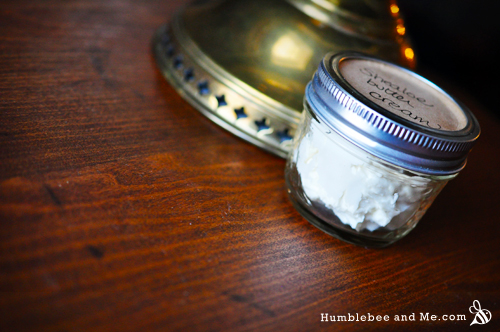 Weigh the shea butter and emulsifying wax into a small saucepan and melt together over medium low heat.

While the shea butter melts, combine the aloe vera juice and glycerin in a small glass measuring cup and warm through, stirring so the glycerin dissolves.

Once the shea butter and emulsifying wax have melted, add the aloe mixture and heat through, ensuring everything comes to the same temperature (and that everything is melted at that temperature).

Begin whisking. Do not let it cool too quickly or it may split. Whisk away as it cools until you have a beautiful, thick butter cream (the thickening may take a few days if you are using a different emulsifying wax from emulsimulse/ritamulse). Whisk in your preservative and decant into tins or a 125mL (4oz) mason jar.

New to lotion making? Watch my basic lotion how to video! 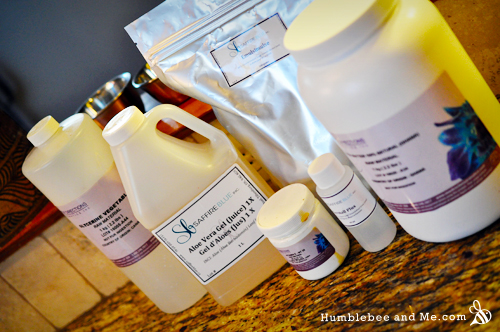