How to Clean Textured Tiles

If you’ve been following me on social media you’ll know that I recently moved (again). I am no fan of moving—between all that packing, hauling, unpacking, and the general chaos it unleashes on my life, I would generally prefer to stay put, but… life happens. Anywho, among the many things about moving that are not awesome is the move-out deep-clean. One particularly irksome part about the move-out deep-clean for the house I just moved out of was the tiles that covered the entryway, kitchen, and bathroom. They had a very fine, hair-depth texture to them that trapped dirt that defied removal. That’s where this cleaning solution comes in.

So—these tiles. They were the bane of my clean-floor-desiring existence whilst I lived in that house. They had lines running parallel to the length of the tiles, and these lines we just barely three dimensional—perhaps raised as much as a coarse hair. Over the year I was in that house those tiny little hair-like grooves collected and stubbornly held onto an infuriating amount of dirt. 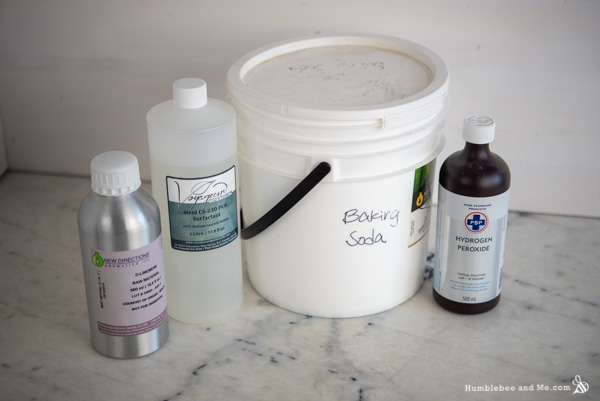 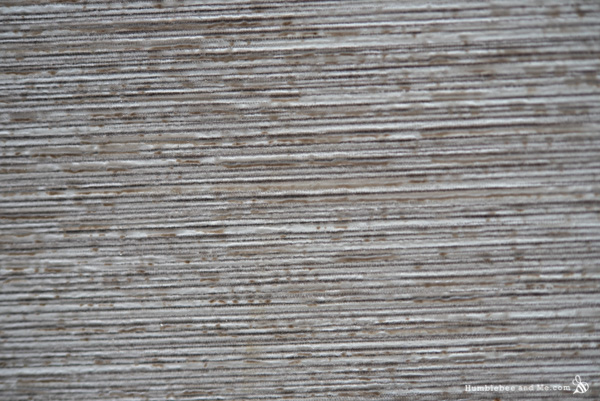 Simple mopping did nothing. Scrubbing on hands and knees with my usual arsenal of floor cleaning things proved utterly fruitless. So, I turned to the internet and I eventually found this video. The video itself provided very little in the way of details beyond the title (“Amazing chemical cleaner for floor tiles with peroxide and baking soda”) and the demonstration, which was undeniably very effective. 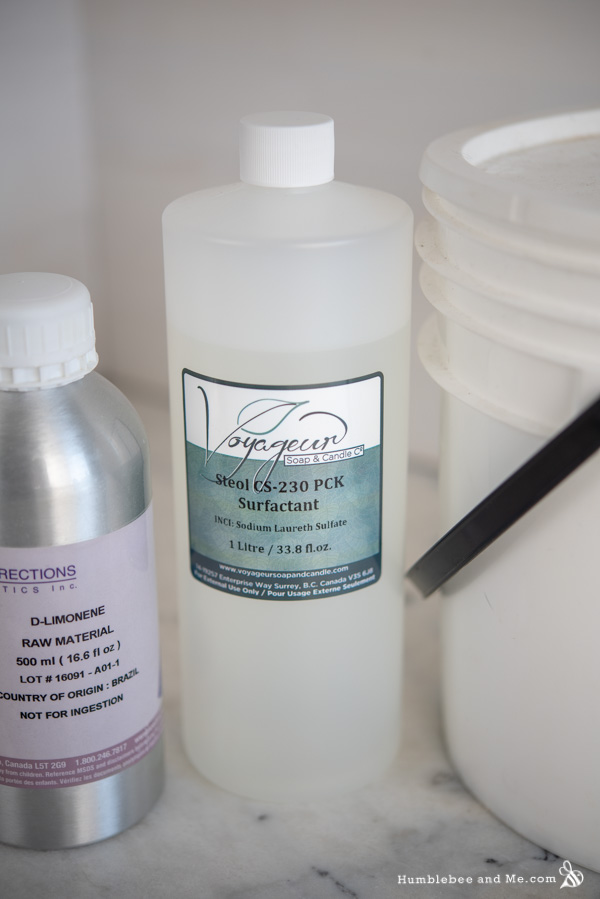 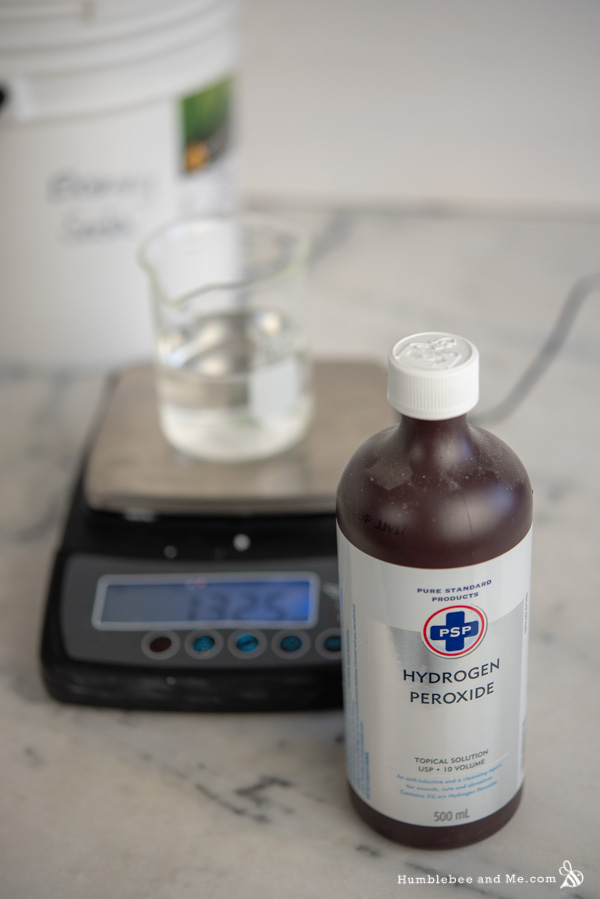 The top comment talked about combining baking soda, hydrogen peroxide, and a bit of dish detergent with great success. If that combination sounds familiar, then you’ve likely used Pinterest before. I’ve seen that mixture touted as a fantastic stain remover for clothing as well! Anywho, I figured I might as well give it a go on my stubborn floors and see what happened. I did some weighing, stirring, and note-taking, aiming to create something with a workable viscosity and some added cleansing/grease-cutting power, and tested it on my floors. 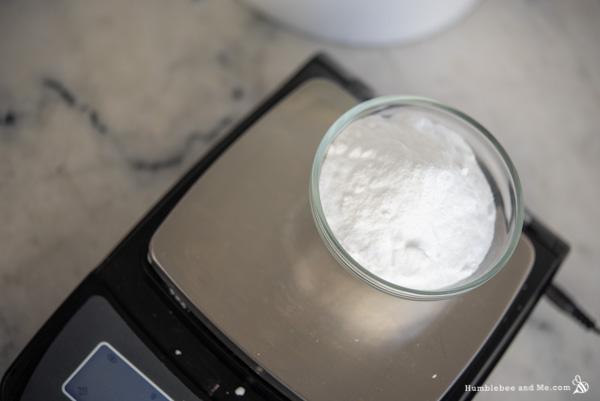 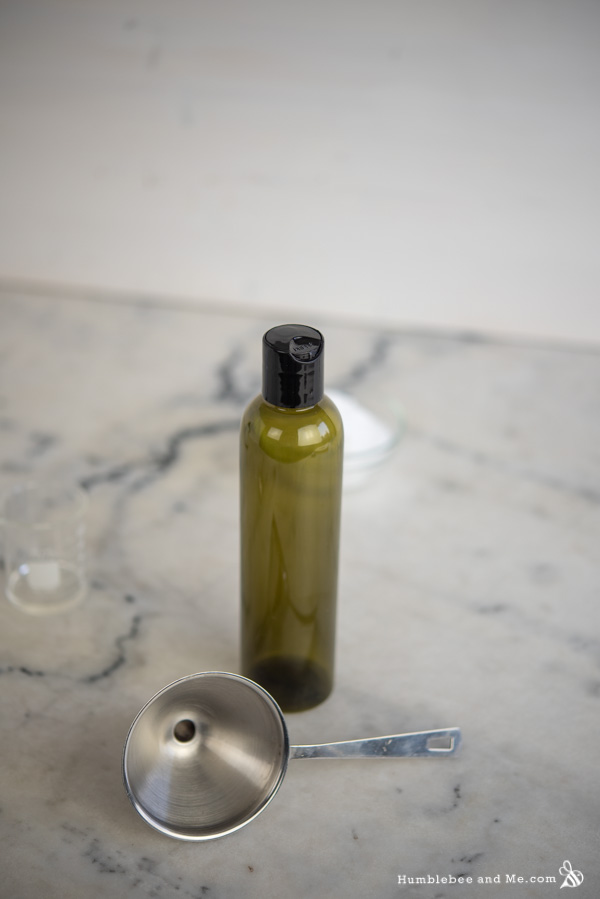 It worked beautifully! Instead of dish detergent, I used some Sodium Laureth Sulfate (SLeS), and I also included some d-limonene for added de-greasing and a bit of lemony scent. Simply mix, scrub, and rinse. This is definitely a “make and use immediately” sort of deal—it reacts and off-gasses, making storing it in a sealed bottle a bad idea! Compared to many of the skin care formulations I share, this one is definitely a bit more flexible; more like a face mask than a lotion. I’ve formalized the measurements, but if you over-pour a bit somewhere I wouldn’t worry about it too much. Your tiles will still get clean!

Weigh all the ingredients into a bottle (I used this one from YellowBee), cap, and gently shake to combine. Use immediately.

To use, dispense some of the cleaning solution onto the floor, scrub with a bristly brush, and rinse. I recommend patch-testing the cleanser in a discrete area before diving in.

Do not store this solution—use it immediately after making. It reacts with itself and can cause a bottle to burst if stored in a sealed container. 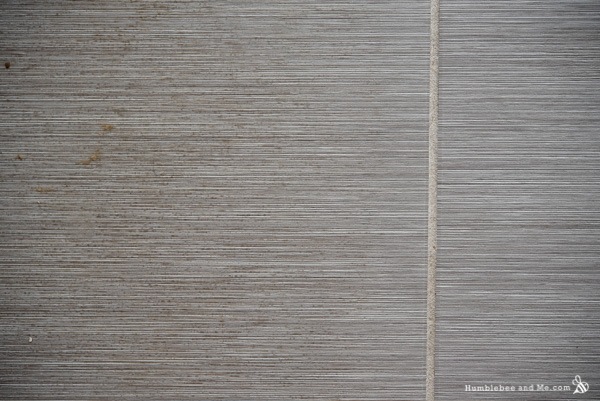 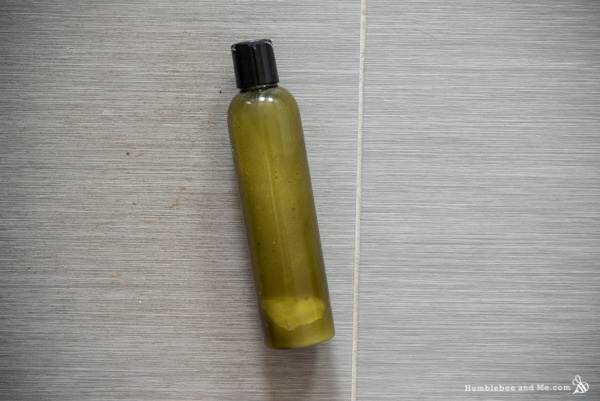 The green bottle & disc top were gifted by YellowBee.