How to Render Tallow for Making Soap

There’s a bit of a debate in the soap making community as to which types of fat to use for the hardening fat. Lots of people like palm oil. It’s cheap, plant-based, and works. But the harvest of palm oil is also threatening a lot of vulnerable real estate and species in the tropics. And the people that harvest it don’t really have a great time doing it. Beef tallow, on the other hand, is from cows. Some people don’t like that. As a vegetarian with environmental reasons I found myself a bit conflicted when I started making soap. 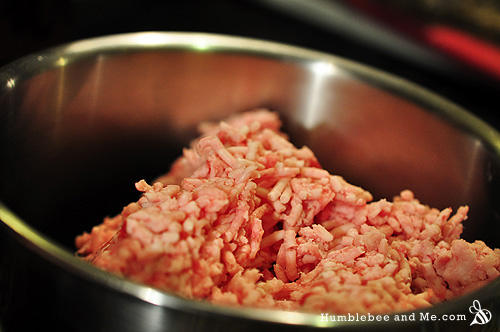 Start with some ground fat from your butcher. It will look like pale ground beef.

I ended up settling on using tallow. The cow is already dead, and the tallow would just be thrown out if I didn’t use it. I can get it for free from my local grocery store meat department, and the guys working there always look happy enough. 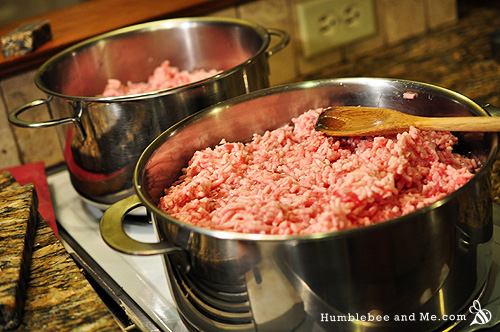 Rendering your own tallow for soap making is really easy. Start with beef tallow from your local butcher. Have them run it through the grinder before they give it to you. Otherwise you’ll want to mince it or send it through the food processor before you begin. Put the tallow in a large stock pot with a little less water than necessary to cover it. You don’t want to use too much water, as it will prove rather annoying further down the line. 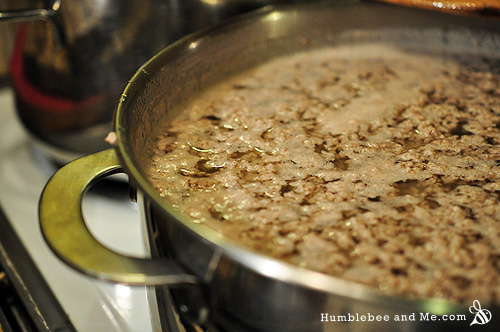 Heat the tallow/water mixture until it’s steaming. Cook until the remaining meat is brown and you don’t see any white bits. The liquid should be a yellowish colour. 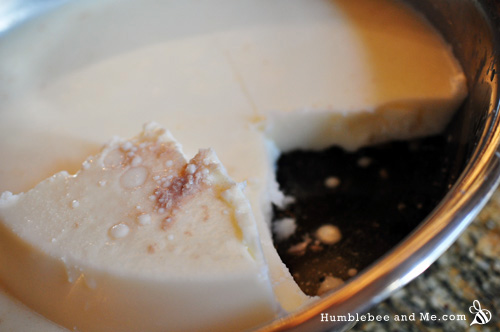 After the fat/water mixture has chilled overnight, you'll be able to lift the fat off the top. Make sure you rinse it to get rid of the icky bits.

Pour the mixture through a fine sieve to remove the meat chunks. Chill the fat/water mixture overnight (I just put mine out on the porch as it’s rather chilly these days). The fat will float to the top in a thick layer, at which point you can pick it up, rinse it off with cold water, and store it in the freezer until it’s ready to use. 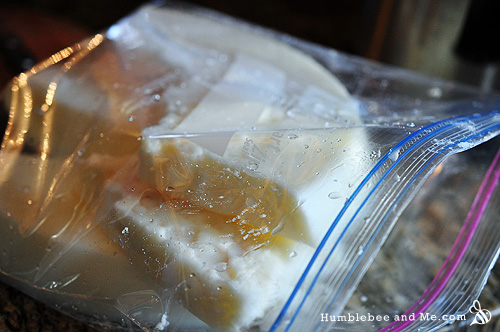 What are your thoughts on the palm oil vs. animal fat debate? Remember, every post you comment on is an entry in the monthly draw!