This pretty speckled, swirl-topped soap smells of soft lavender and vanilla. It brings to mind warm, dry summer days in Provence (in my imagination, at least). I can see pretty pastel-painted wooden furniture, bundles of lavender hanging to dry in the window, and a basket of fresh produce on the counter. A bar of this soap rests in a chipped porcelain dish next to the wash basin, with a striped dish towel hanging nearby. 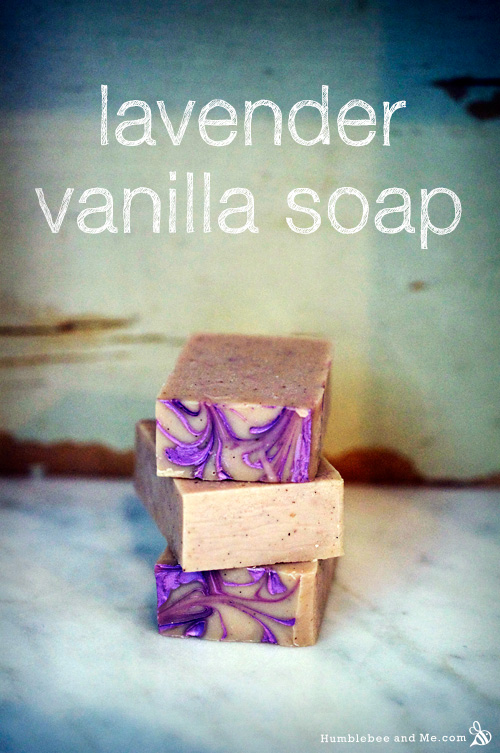 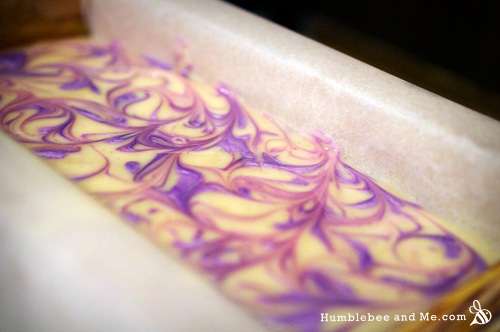 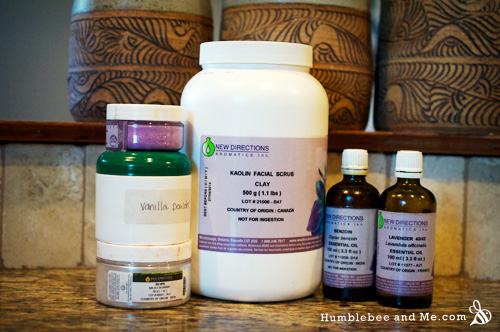 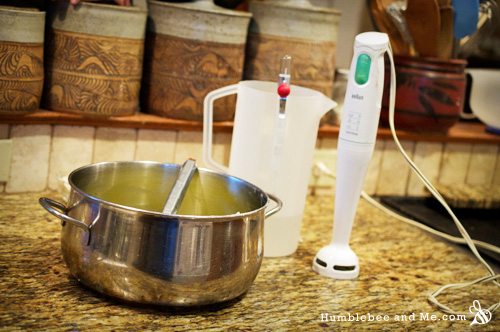 Use SoapCalc to calculate your final amounts of oils, lye, and water based on the size of batch you want to make. Unsure about how to use SoapCalc? I made a video to walk you through it!

Once your soap has reached a pudding-like trace, blend in the clay, vanilla flecks, and essential oils with your immersion blender. Pour the soap into the mould.

In a small dish, blend the silver mica, oxide, and liquid oil to make a shimmery purple liquid. Drizzle the liquid over the surface of the soap, and then swirl with a toothpick. Discard the toothpick once it looks swirly enough for you.

Cover the soap, lightly insulate it, and let it saponify for 24 hours. After 24 hours have passed, remove the soap from the mould, cut it and let it age for at least 3–4 weeks before using. 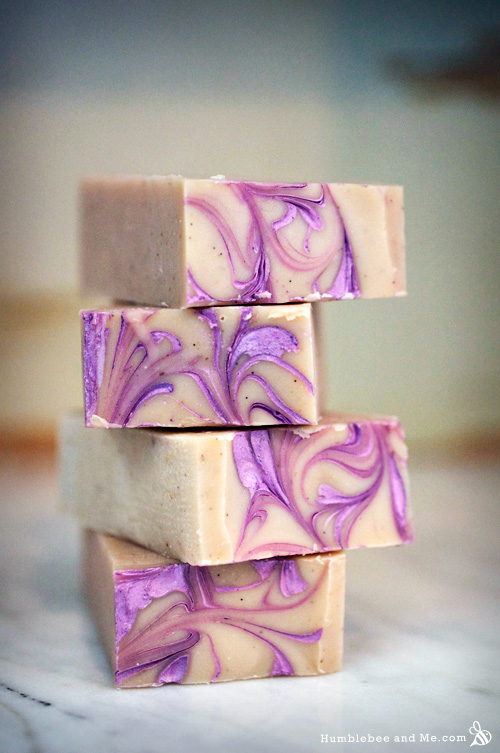