This soap is inspired by pie. Delicious, bright, lemon meringue pie. The real thing is made from puckering sweet and sour lemon curd and topped with airy whipped egg whites. My version is a lovely blend of oils, spiked with lemon and litsea cubeba essential oils and coloured to match its tribute pie. It doesn’t taste as nice, but I think your soap dish will appreciate a bit of citrussy dessert. 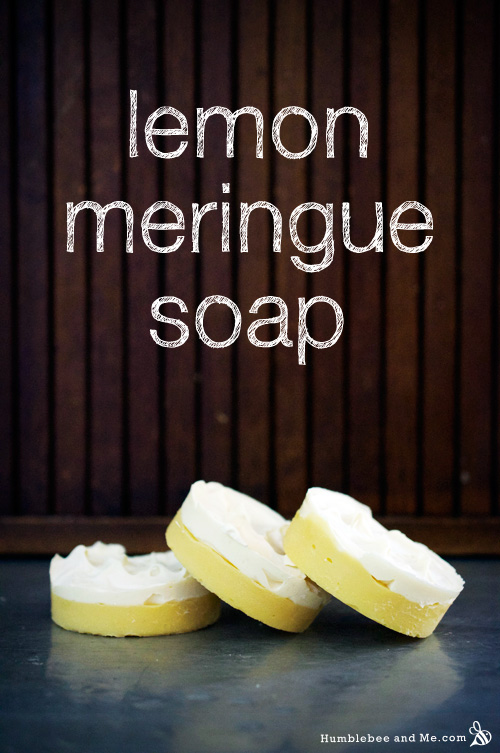 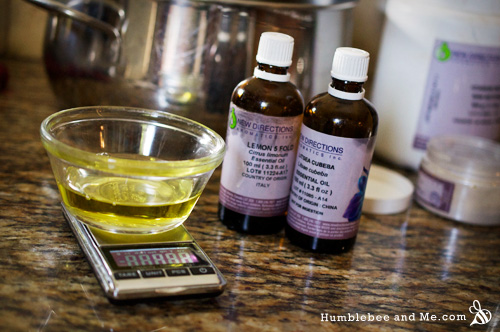 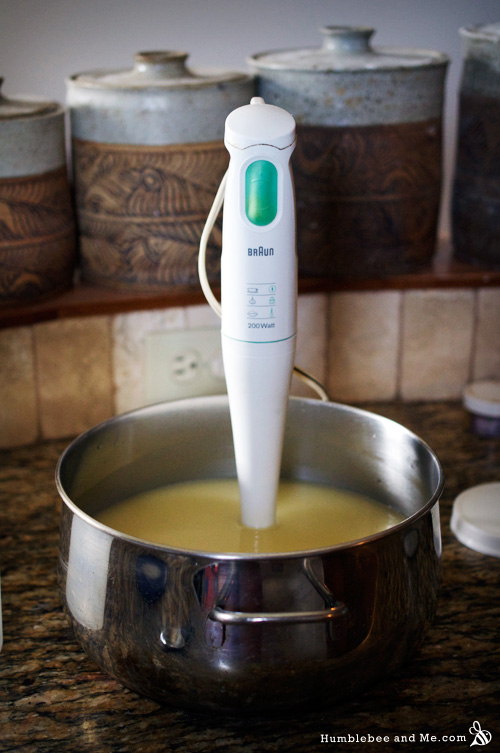 After scenting, I divided the batch into two parts—two-thirds and one-third. The larger part became the lemon curd bit of the pie. I coloured it yellow with a blend of buriti oil and yellow iron oxide (only because I ran out of buriti oil before achieving the colour I wanted). Either one (or a blend of the two) will work—just use whatever you have on hand. The buriti oil does have the added benefit of not causing glycerin rivers with over-use, while the yellow iron oxide can. 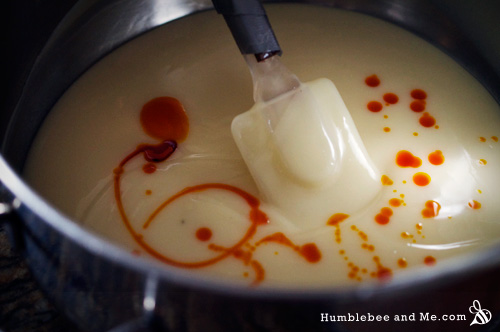 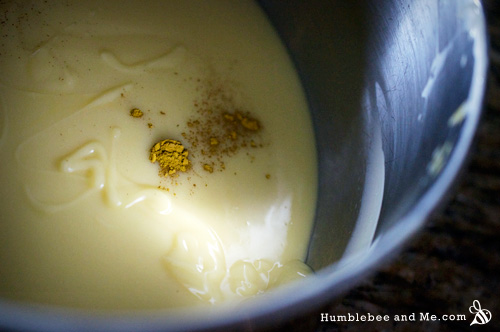 The meringue part gets its lovely whiteness from the addition of some titanium dioxide. I don’t recommend adding too much more than I’ve used or you could end up with glycerin rivers through your meringue. I’ve found the soap tends to whiten as it saponifies and ages, so it’s ok if your batter isn’t bright white. 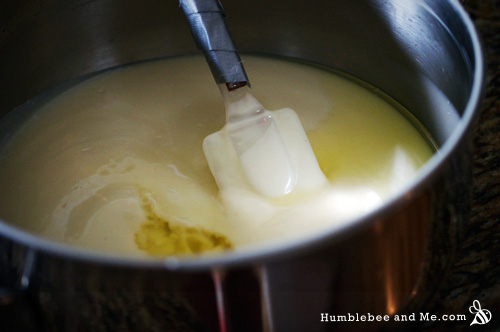 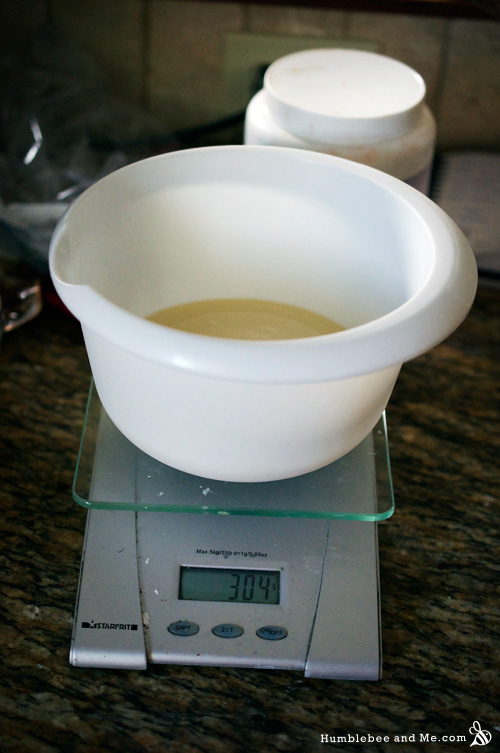 I brought both parts to a fairly thick trace, but it’s important the meringue is thick enough to dollop about like actual meringue. Test it by tapping the batter with the back of a spoon—it should spike up and stay that way. 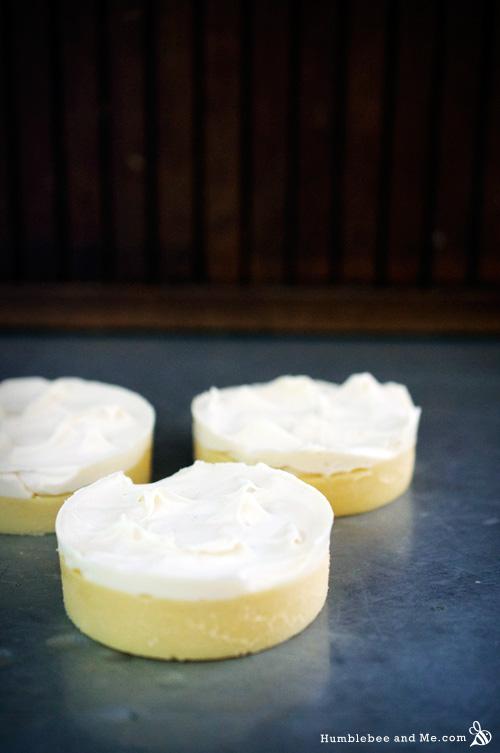 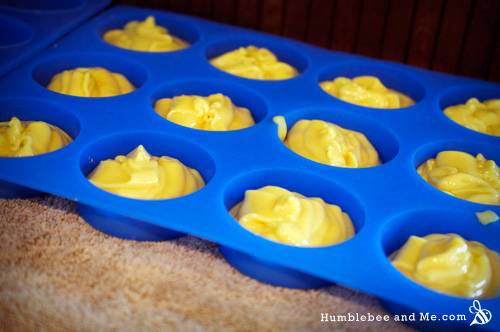 For the strongest pie game possible, I used my round cavity silicone mould. Because the soap is so thick and the mould’s a bit floppy, I recommend putting it on a rimmed baking sheet so you can rap the mould on your counter to knock our air bubbles. And, because of the fancy tops, I let these bars saponify uncovered on my counter over a long weekend. I left them in the mould for 48 hours just to be sure they were firm enough to remove from the moulds without damaging them. 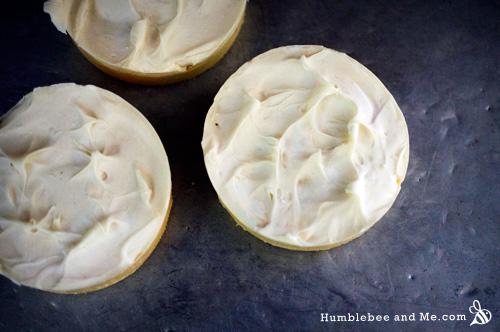 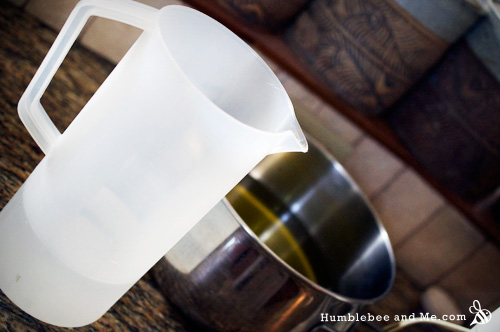 Use SoapCalc to calculate your final amounts of oils, lye, and water based on the size of batch you want to make. (Unsure about how to use SoapCalc? I made a video to walk you through it!) Please ensure you’re familiar with standard soap making procedure before diving in.

Once your soap batter has reached trace, blend in the clay and essential/fragrance oils. Then, divide the batter between two bowls, with roughly two thirds of the batter in one bowl, and one third in the other.

Add your buriti oil or yellow iron oxide to the larger portion, using an immersion blender to ensure the colour is fully and smoothly integrated (oxide + no blender = clods of oxide in your soap). Bring the batter to a fairly thick, pudding-like trace.

Wash your immersion blender, and blend the titanium dioxide into the smaller portion of the soap batter. Bring the batter to a thick, dollop-able trace. 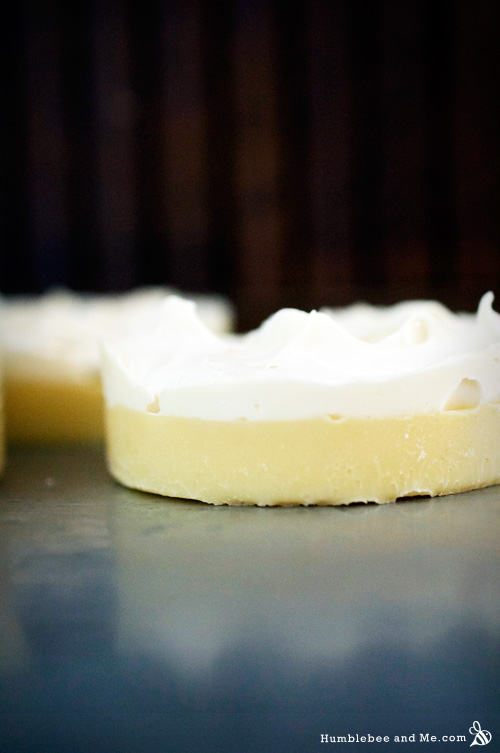 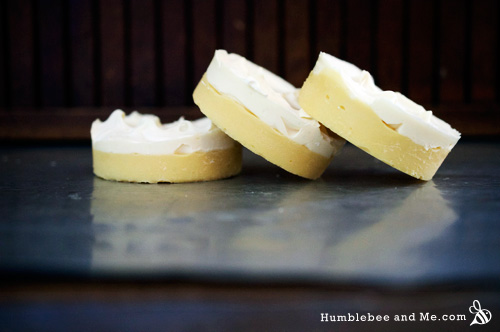