When was the last time you listened to the entirety of the Lime in the Coconut song? Technically it’s “Coconut” by Harry Nilsson, first released in 1971, but to me it’s just “the Lime in the Coconut” song. The song is definitely a bit ridiculous and the music video is mildly terrifying, but it has unbelievably strong ear worm capacity, for which I suppose I should apologize as you are probably going to be humming it for a few days now. Anyhow, all of this is to say that when I started thinking about making a coconut cleansing oil, this song started playing in my head incessantly, and that’s how this coconut facial cleansing oil became Lime in the Coconut Facial Cleansing Oil.

Let’s quickly recap what makes an oil a cleansing oil? Basically, it’s a blend of oil that includes oil-soluble emulsifiers. Emulsifiers are surfactants, but the ones we’re using here don’t lather up into the fluffy bubbles you might think of when you think about surfactants. These emulsifiers allow us to easily combine the oil cleanser with the water we’re washing our faces with. The oil and the oil-loving end of the emulsifiers will dissolve the gunk on our face, and the water-loving end of the emulsifiers will carry it all down the drain all nice and non-greasy like. This gives us an effective cleanser with a clean rinse-off—double win! 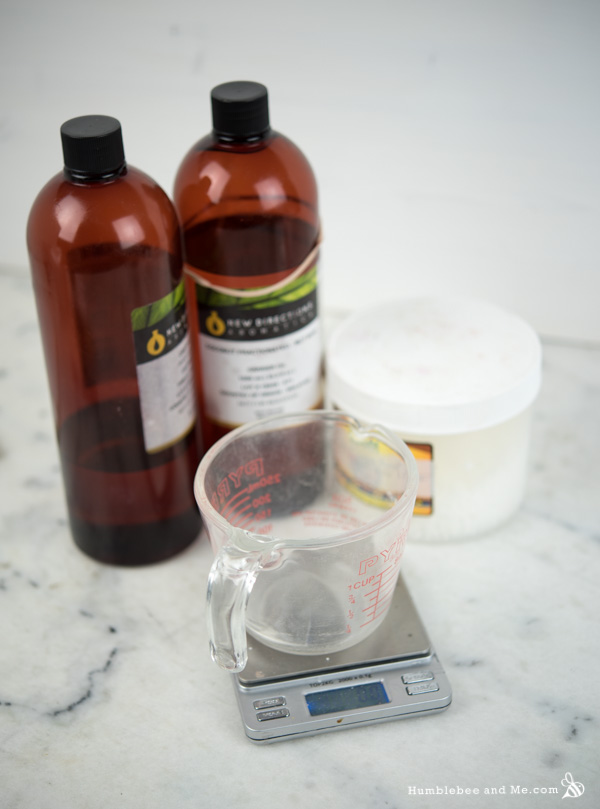 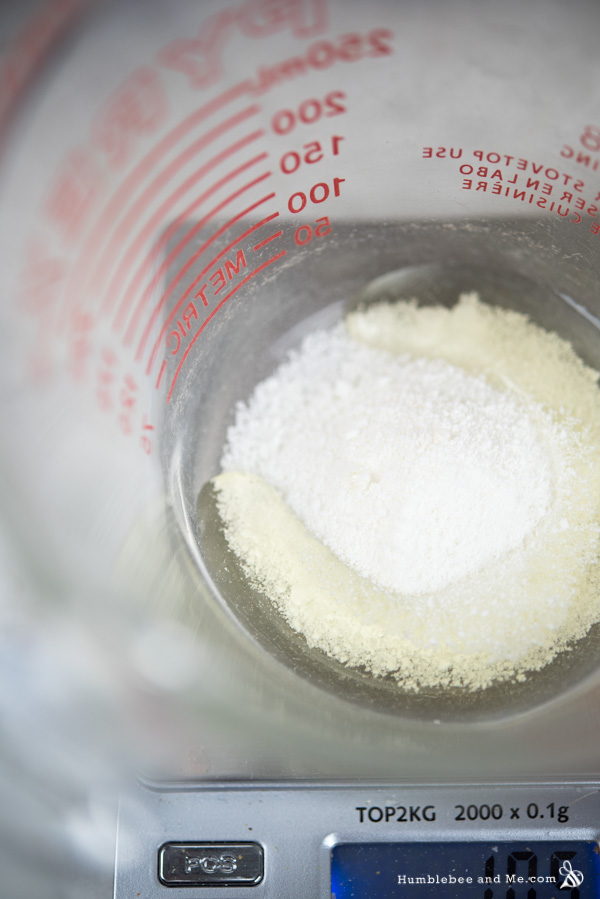 In this cleansing oil I’ve used just one emulsifier—emulsifying wax NF (you could use Polawax or BTMS-50 instead; Emulismulse/Ritamulse should also work, but I haven’t tried it). This makes this recipe a bit more accessible than some of my other cleansing oils that use a liquid emulsifier as well, and it also makes this cleansing oil a bit thicker. This is great, because we’re including some dried coconut milk powder, and that added thickness helps hold it in suspension. 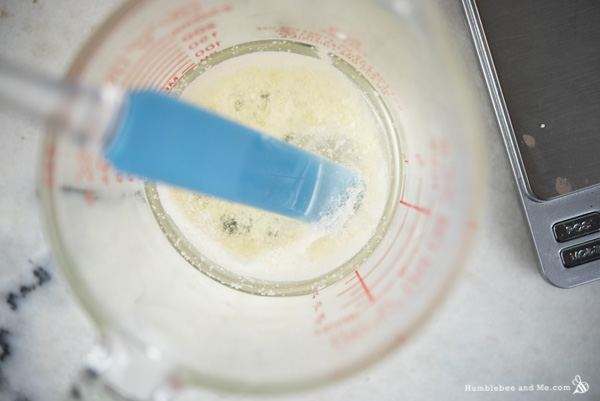 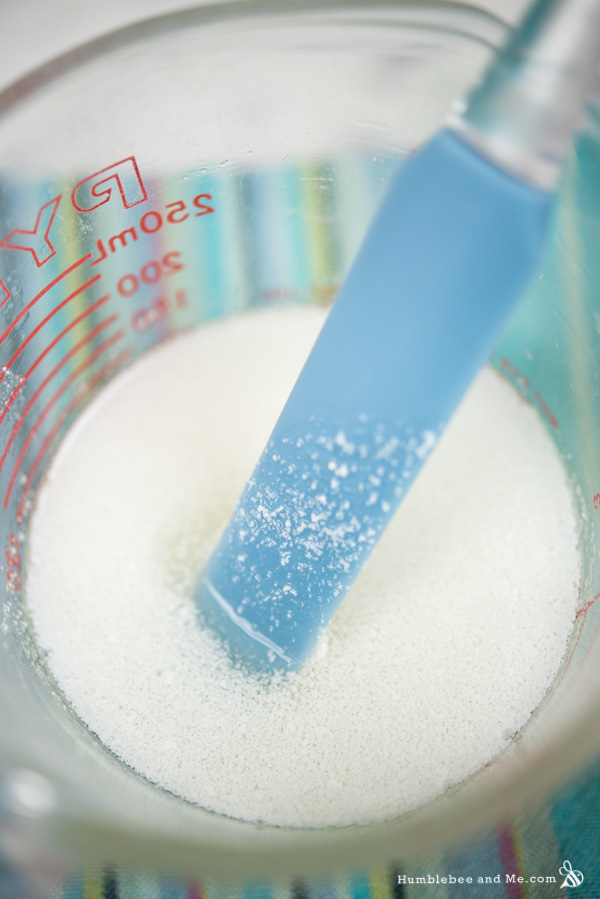 The oil blend is just cheap. That’s really all we’re going for here since you are effectively pouring these oils down the drain after a brief interlude with your face. Feel free to use a different, inexpensive, relatively lightweight oil instead of fractionated coconut oil. Cleansing oils are also a great way to use up oils that are getting close to their expiry date, so if you want to make up a 54g blend of all the oldest oils in your DIY pantry, that’ll work, too. The castor oil helps boost the cleansing power of the oil, so I recommend leaving that as it is. 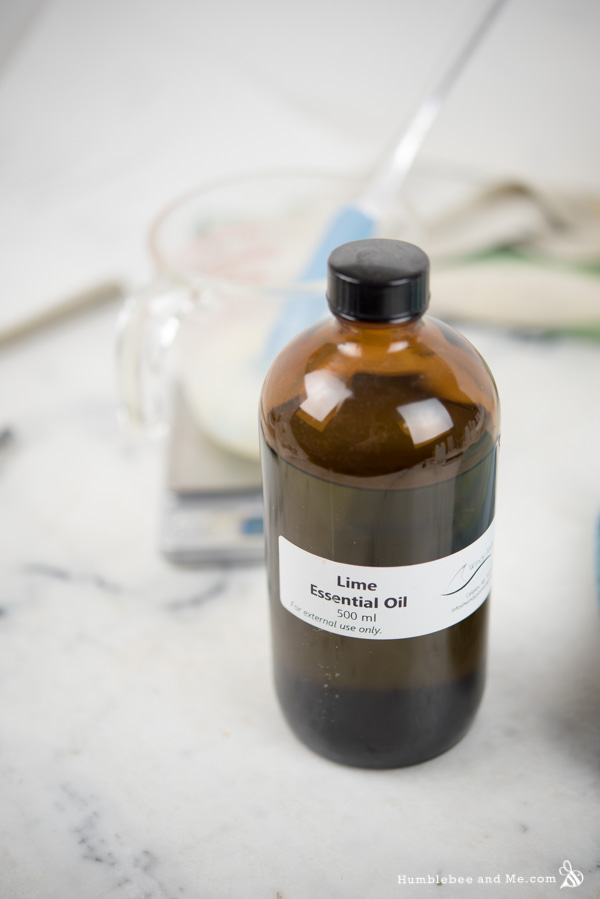 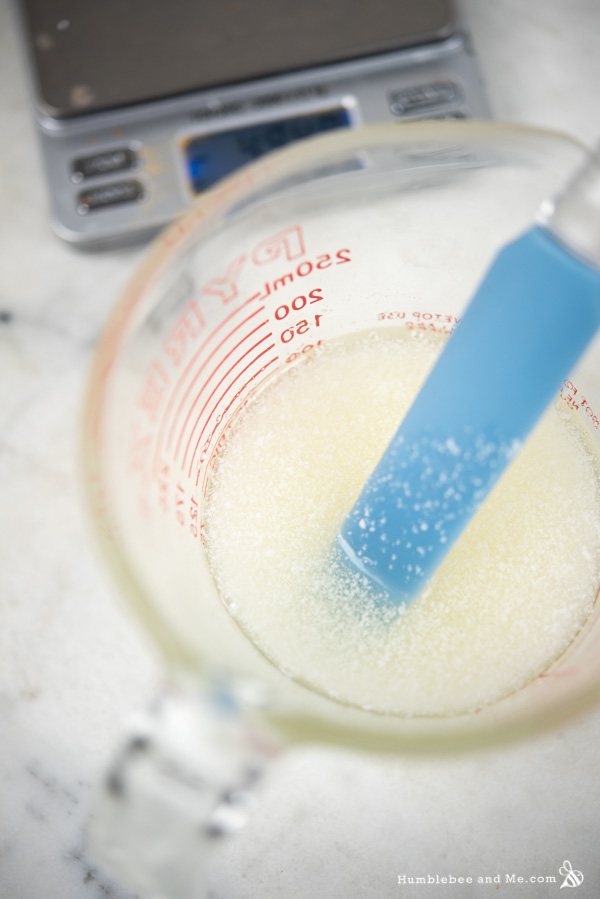 One of the neatest things about cleansing oils is the really groovy in-between world they live in. They’re 100% oil based in the bottle, so we can include hard-to-preserve, water-soluble things (like coconut milk powder!) without worrying about spoilage. Technically we could do this with anything that’s 100% oil based, like a body butter, but in most cases that would mean having quite a gritty finished product as you’d just have blobs of that water soluble thing lumping around. However, because cleansing oil is mixed with water at the moment of use, that water will dissolve the hard-to-preserve water soluble thing, giving you the awesome experience you want without worrying about spoilage. Sweet, no? 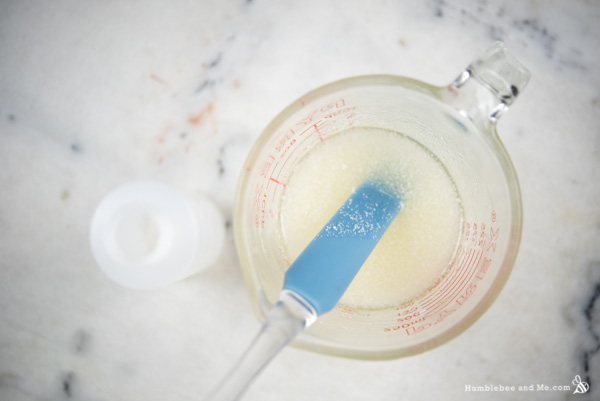 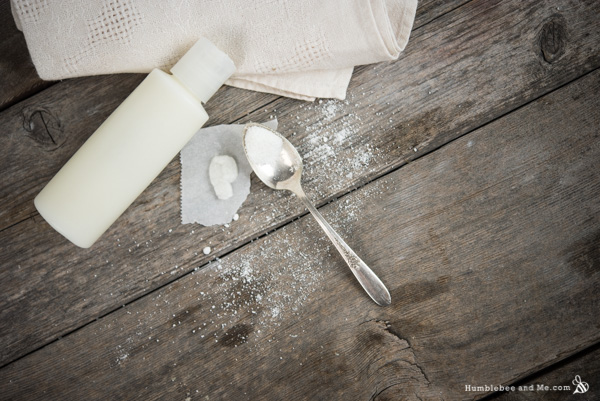 In this particular recipe I chose coconut milk powder as my hard-to-preserve water soluble thing. It’s an ingredient that I don’t get to use a whole lot because, as I noted, it’s hard to preserve once it’s been mixed with water (a can of open coconut milk lasts less than a week in my fridge, so think about what that’d do in a lotion—erk!). However, here it’ll turn into re-hydrated coconut milk at the moment of use, which gives you the most wonderful, lightly coconut-scented super creamy facial cleansing oil. It’s awesome! Just be sure to blitz your coconut milk powder in your DIY-only coffee grinder first, or press it through a sieve; it isn’t hugely inclined to dissolve in water, so the larger chunks can be a touch scrubby for the first few seconds of use if you don’t break ’em up. 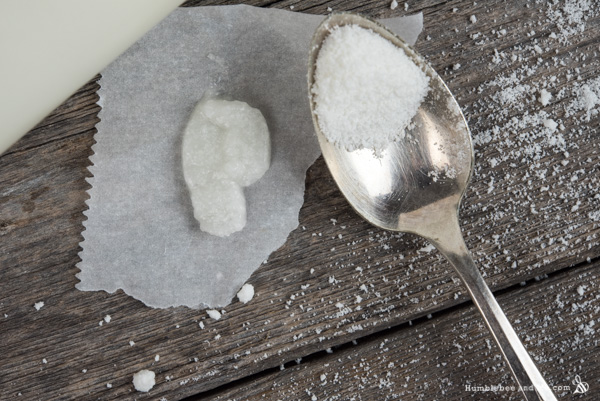 We’ll wrap things up with some lime essential oil for that full Lime in the Coconut Facial Cleansing Oil experience. Enjoy!

Weigh the coconut milk powder and castor oil into a small heat-resistant glass measuring cup and use a flexible silicone spatula to stir that together until as smooth as possible (which isn’t very smooth). Add the emulsifying wax and fractionated coconut oil. Place the measuring cup in your prepared water bath to melt everything through.

Leave the melted mixture to cool for 20–30 minutes before stirring in the vitamin E and essential oils, and then decant into a 120mL/4oz plastic pump-top bottle or a 120ml/4oz squeeze bottle. That’s it!

To use, take a nickel-sized amount of the cleanser into your palm and combine it with a bit of warm water. Massage it into your face and wipe it off with a damp cloth. Follow up with the rest of your skincare routine.

If you live somewhere on the cooler side or have air conditioning I recommend using 15g emulsifying wax and 59g fractionated coconut oil. It’s pretty hot in Calgary right now (~25°C in my bathroom) and mine is close to being too thick to squeeze out of the bottle.

Because this cleanser does not contain any water, it does not require a broad-spectrum preservative (broad spectrum preservatives ward off microbial growth, and microbes require water to live—no water, no microbes!). Be sure to keep it dry to ensure it lasts as long as possible—don’t let any water get into the container and it should easily last a year. 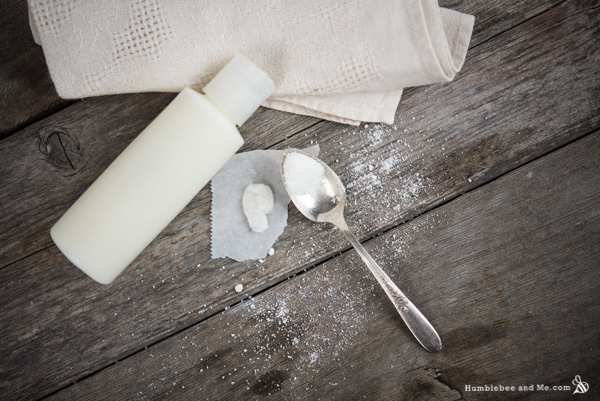 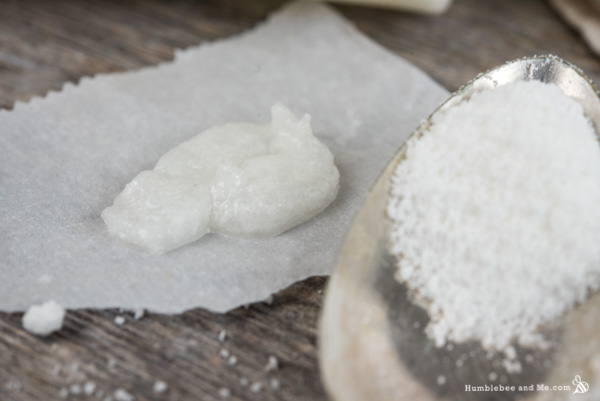