I’ve been meaning to whip up a makeup brush specific cleanser for a while. In the past I’ve just swirled my brushes on whatever bar of soap was sitting next to my sink, but for the past six months or so I’ve had foaming hand washes there instead, and I’ve found those don’t work nearly as well for getting makeup brushes clean. Happy to have an excuse to make something new, I set off to create an awesome Makeup Brush Cleanser!

Before starting my own formulation I took a look at what was out there, and there was quite a lot of variety. Some were simply liquid soap made from coconut oil and palm oil. One cheaper one was just water, alcohol, cocamidopropyl betaine and a preservative. Most were surfactant based, and almost all of them seemed to be very watery in consistency. Some of the better rated ones included essential oils or fragrance, hydrolyzed proteins, and cationic ingredients. They also frequently included quick-dry ingredients like alcohol or isododecane. Most did not contain blends of surfactants—likely to save money as gentleness isn’t as prized (or noticed) in the world of cleaning cosmetic brushes. 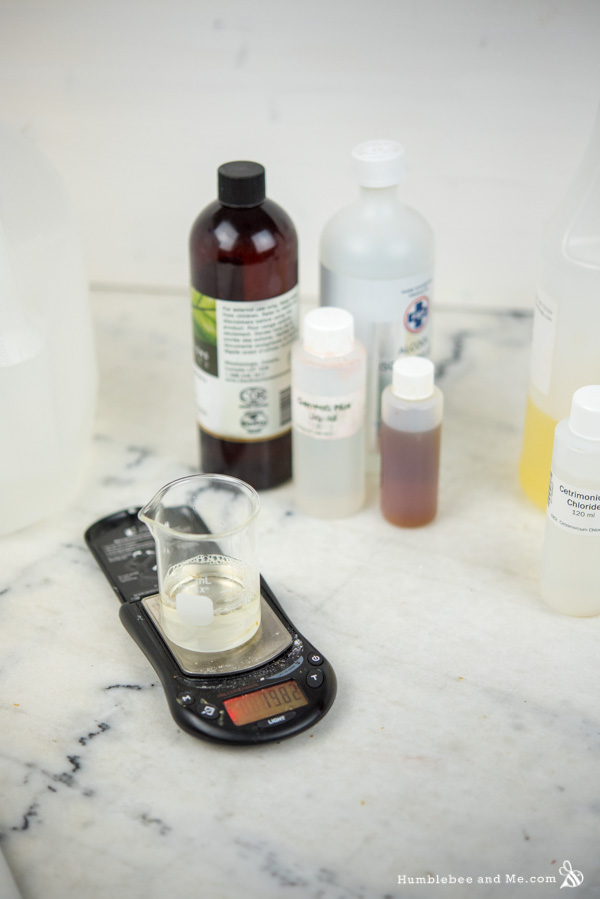 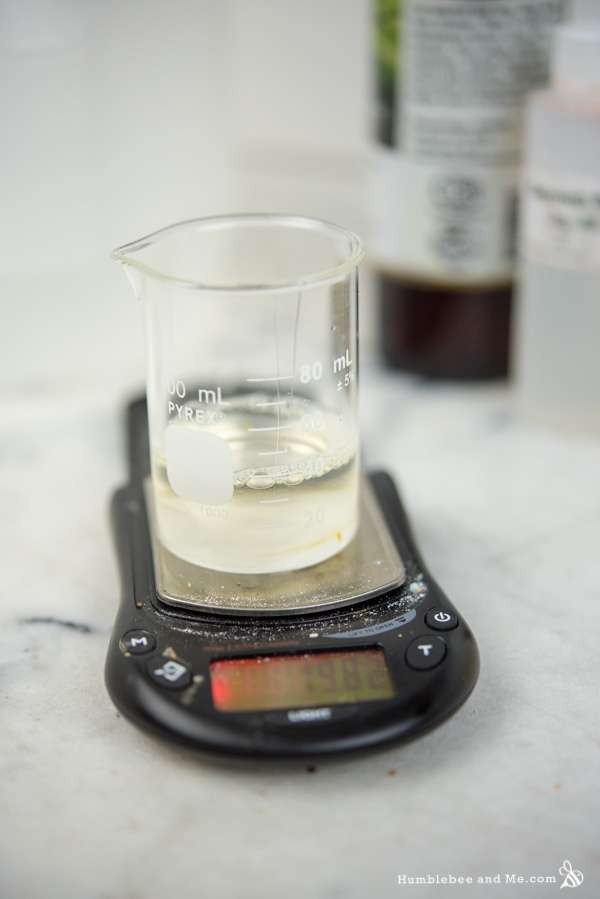 I was originally planning on making a paste of Sodium Lauryl Sulfoacetate (a powdered anionic surfactant) and Cocamidopropyl Betaine (a liquid amphoteric surfactant), but after reviewing the rest of my formula I realized this was the only part of it that would necessitate heating, and given my supply of untouched liquid surfactants, I figured I could easily switch up the blend to make a super simple, no-heat-needed recipe. 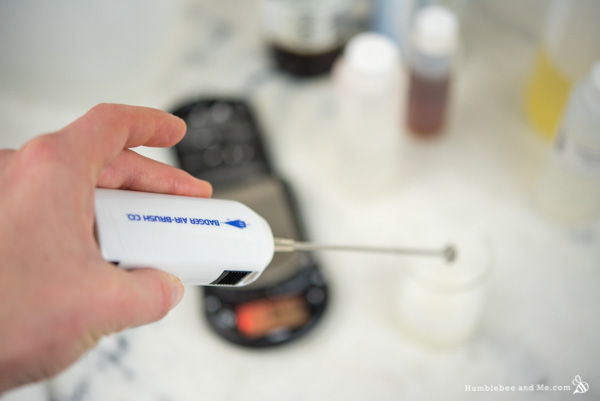 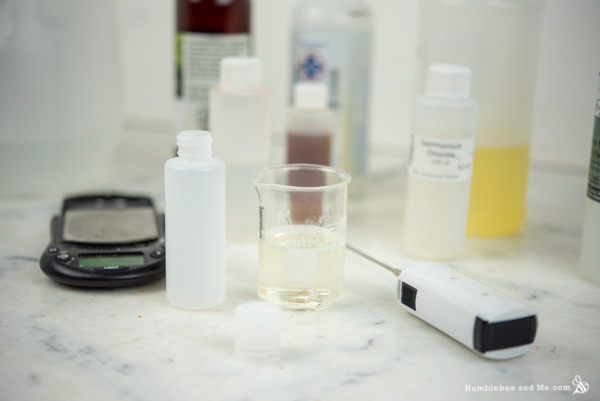 I chose Stepan Mild LSB as my liquid; it’s a blend of Sodium Lauryl Sulfoacetate and Disodium Laureth Sulfosuccinate, so I got the same surfactant I was originally going to work with, but in a highly viscous liquid format along with Disodium Laureth Sulfosuccinate (a gentle anionic surfactant). This blend is really very viscous, so take care when measuring it—it tends to blob out so it’s easy to blob out too much all at once! I blended the Stepan Mild LSB with some Cocamidopropyl Betaine and we were off to the no-need-for-heat races. 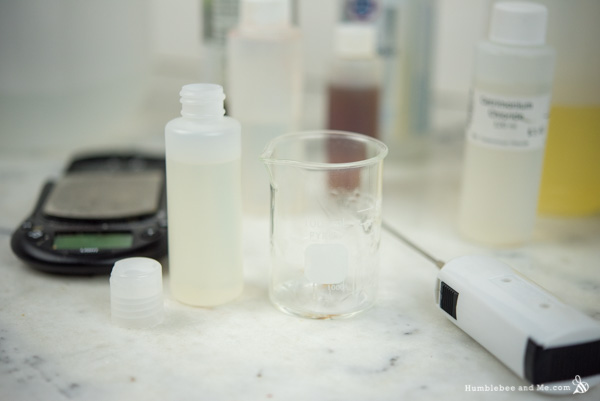 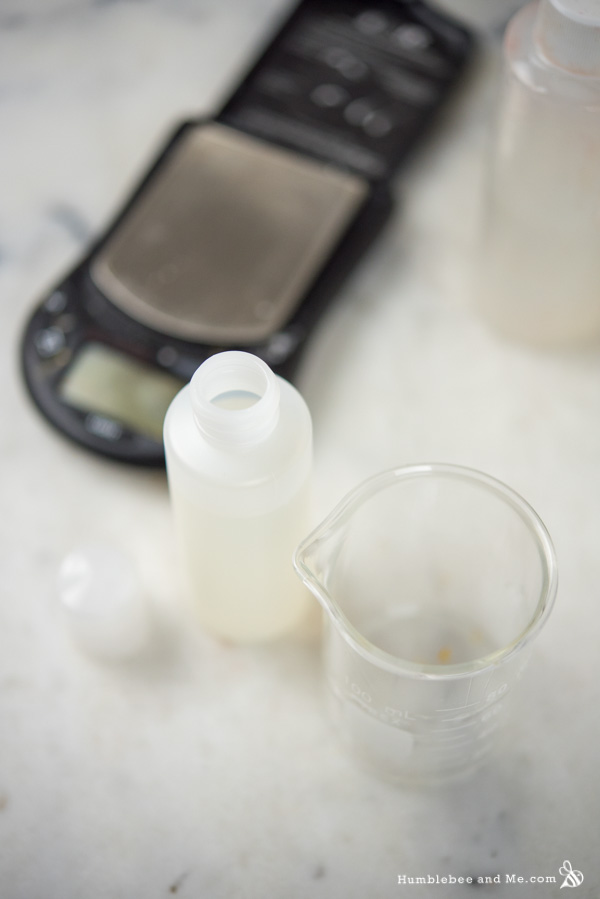 Taking cues from some of the posher (aka more expensive) makeup brush cleansers I looked at, I included some vegetable glycerin, cetrimonium chloride, and hydrolyzed oat protein. These additions will be especially beneficial if your brushes are made from natural bristles, and will help keep them from drying out, becoming brittle, and breaking. 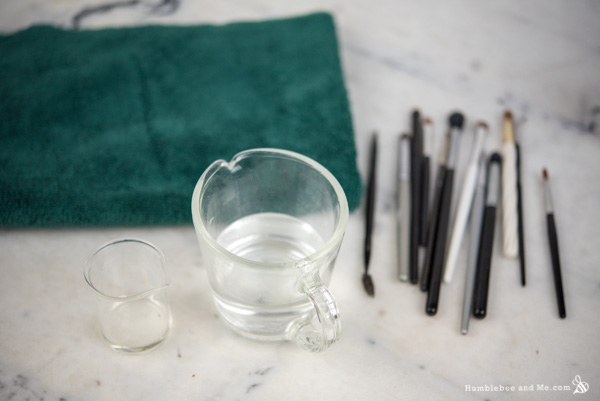 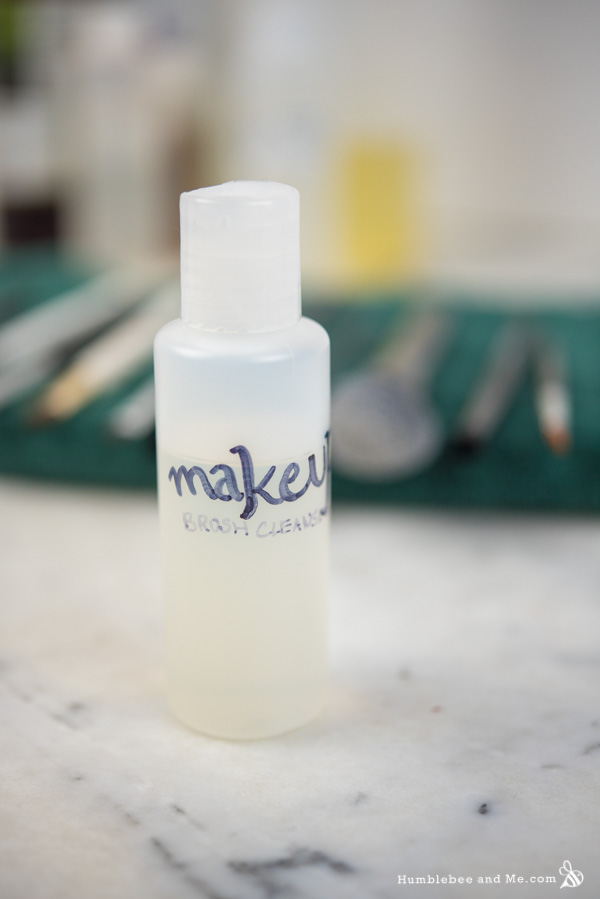 The rest of the cleanser is mostly water, with some added high proof isopropyl alcohol to help speed drying, and a broad spectrum preservative. That’s about it! The final cleanser comes together incredibly easily (no heat party!), and works like a charm. I definitely noticed my brushes dried much faster than they did when I was just using soap, and I’m so happy to have an awesome makeup brush cleanser on hand. I’m sure my brushes agree 😉

Weigh everything into a small heat-resistant glass measuring cup or beaker. Stir to combine; I used the MICROMini™ Mixer from Lotion Crafter, which is quite a lovely gadget. It’s a Badger Air-Brush Co. Paint Mixer, which you can also get on Canadian Amazon. It’s smaller than the Minipro Mixer, and well suited to less viscous projects like this one.

Once everything is all blended up, transfer it to a 60mL/2oz bottle.

To use, squirt a teaspoon or two of cleanser into a small dish (the amount you’ll need is obviously dependent on the number and size of brushes you’re washing). Wet your brush under running water, dip it in the cleanser, and swirl it in your palm to work up a lather and clean the brush. Rinse until you can no longer work up any bubbles, and then swirl the brush on a dry towel before re-shaping the bristles with your fingers and leaving it to dry on its side. 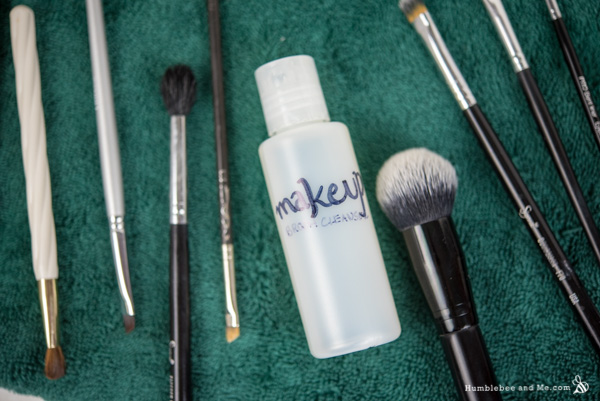