Prepare to feel like you’re sudsing up in a lagoon in Neverland with the mermaids; these seriously beautiful Mermaid Silk Shampoo Bars are just the sort of thing I imagine mermaids would use (do mermaids wash their hair? A question for another day, perhaps.). Super pretty colours, a lovely shimmery top, and a fantastic, fresh scent. I love ’em. I think you will, too.

The base of this bar is a lovely, high-lather blend of moisturizing olive oil (pomace), bubbly coconut oil, rich unrefined shea butter (USA / Canada), hardening beef tallow, and luxurious castor oil. All these oils and butters come together to make a bar that ages up fairly quickly, lasts a good long while in the shower, and lathers up into fistfuls of luxurious, thick lather. Awww yeah. 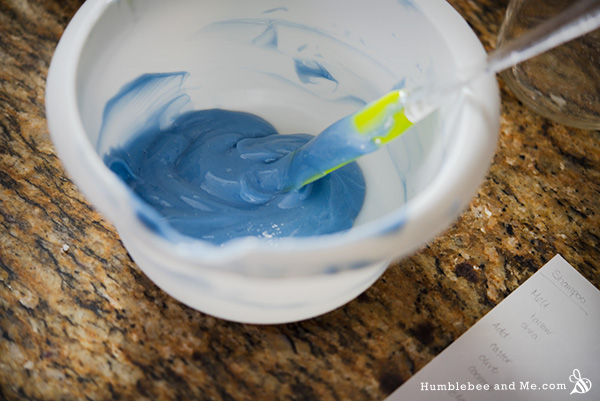 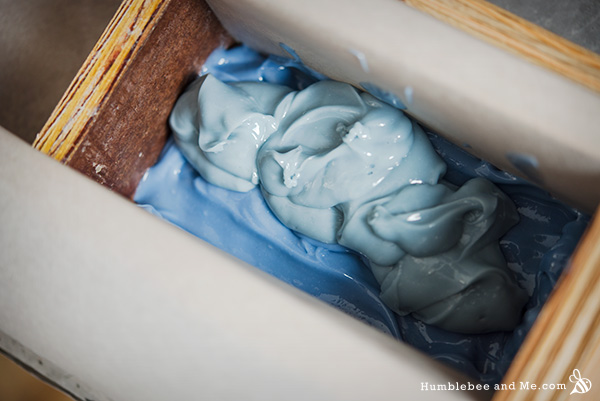 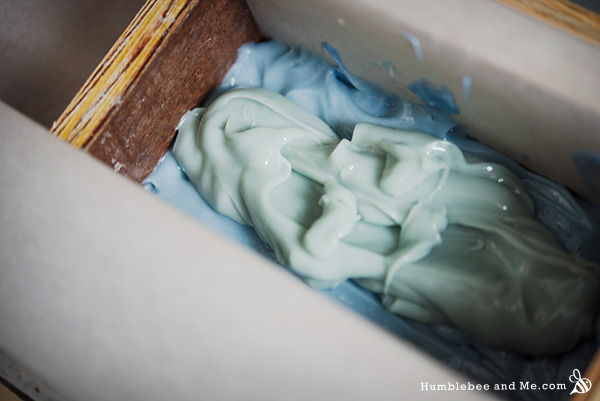 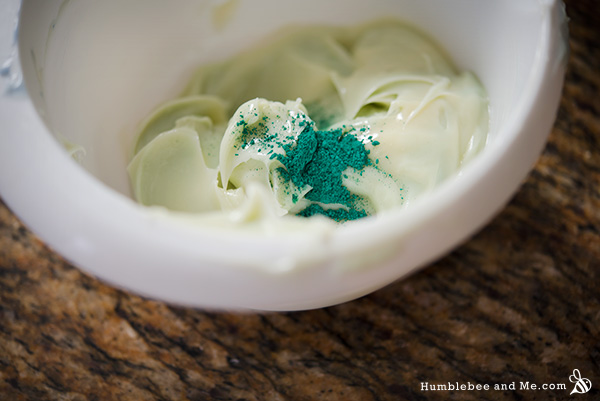 As you can see, they turned out rather pretty! That’s always a bit of a relief when you start doing layering things in a soap as the whole thing becomes a nice-or-not Schrödinger’s cat situation until you can slice the bars a day later. 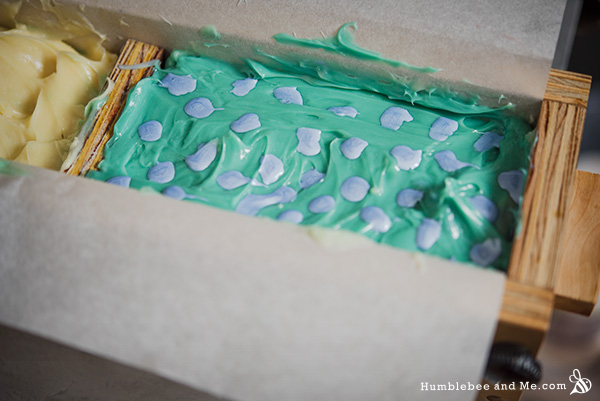 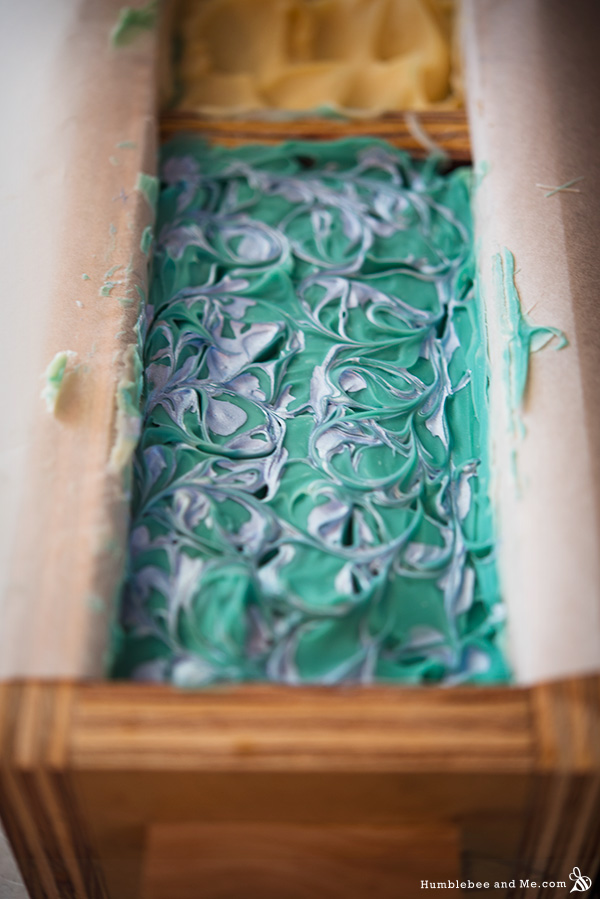 Annnnd you’ll be happy to hear I’ve finally filmed my first soap tutorial! It’s not for this recipe and it’s not out yet, but it’s coming, I promise. Subscribe to my YouTube Channel so you’ll be the first to know when it goes up! 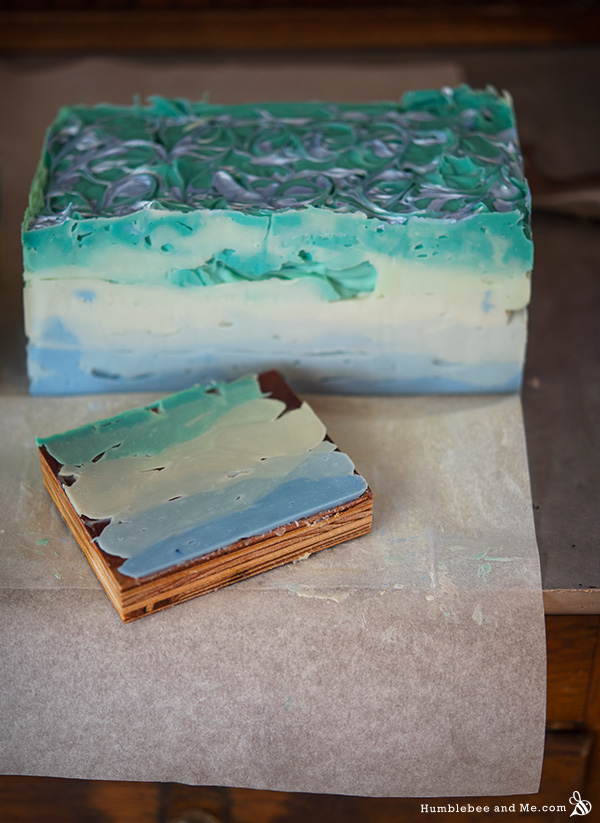 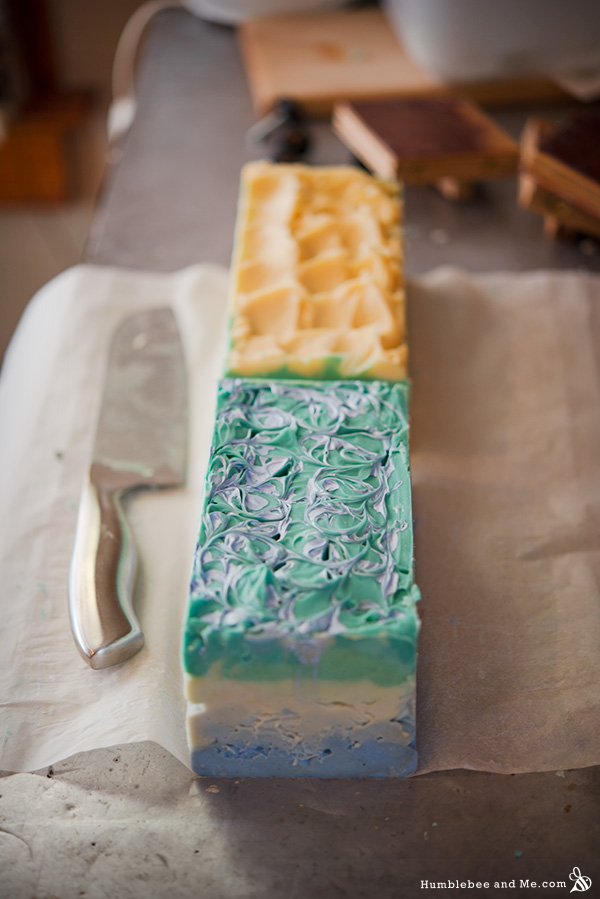 Kick things off by calculating out your recipe (unsure about how to use SoapCalc? I made a video to walk you through it!) for the amount of soap you’re making to get the finite amounts of the fats, lye, and water. Ensure you’re familiar with standard soap making procedure before diving in.

Since we’re doing so many layers, I’d really recommend soaping this batch at room temperature. For this batch I tried something new; I gently melted the beef tallow and unrefined shea butter (USA / Canada) in my soaping pot (since those two fats have the highest melting points), and once they were just melted I removed them from the heat and stirred in the olive oil (pomace), castor oil, and coconut oil. The residual heat from melting the beef tallow and shea melted the coconut oil, and the added room temperature oils helped bring down the temperature of the melted oils. I used a potato masher to break up the coconut oil to help it melt faster; if you’ve only just melted the beef tallow and shea it will need some encouragement. When you’re done you should have a pot of liquid oils that feel only just a wee bit warm/room temperature to the touch.

I added my still-hot lye water to this mixture of melted and mostly room temperature oils and brought that to trace, stirring and intermittently blending the mixture with my immersion blender. Once I’d reached a trace around the consistency of loose pudding I blended the clay, silk, and essential oils, and then it was time for colouring!

So; you’ll notice there are lots of different layers in this soap, and that they fade from blue to turquoise. I did this a delightfully lazy/easy way and I’ll attempt to write it out to make it sound as easy as it is. This gist of it is: we are making a blue batter, diluting it with uncoloured batter, and then starting to add green pigment towards the end, diluting with uncoloured batter (and adding the hydrated chromium green chromium oxide) and pouring layers as we go, until we end up with many layers that fade from blue to green.

Once you’ve built up all your layers, rap your mould on your counter top a few times to knock out any air bubbles and help things settle down. And now it’s time for the top swirl!

In a small bowl, combine 1–2 teaspoons of silver mica with a wee bit of blue ultramarine (somewhere around 1/64th of a teaspoon). Add a bit of liquid oil (more olive oil (pomace) is fine—whatever you have around) and stir to make a runny shimmery liquid. Using a disposable pipette (like these ones—they’re super inexpensive and crazy useful, so go ahead and grab a multi-pack), dot the shimmery oil up and down the top of your soap loaf, and then drag a toothpick through the dots to create swirls. Pretty! I didn’t really have any rhyme or reason to which dots I swirled through, I just went to town and stopped when I liked the way it looked. Give your mould another counter rap or two at this point to help fill in any mini crevices your toothpick has made.

That’s it! Cover the soap, and leave it to saponify for at least 24 hours before slicing (I did closer to 40 because I had plans at the 24 hour point and then went to sleep). Once you’ve sliced it, leave it to age for at least three weeks before using. Enjoy! 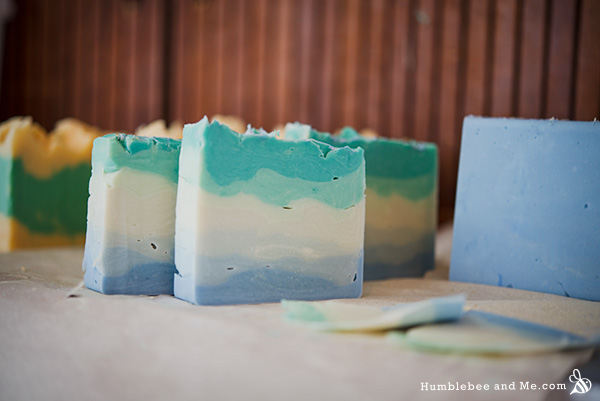 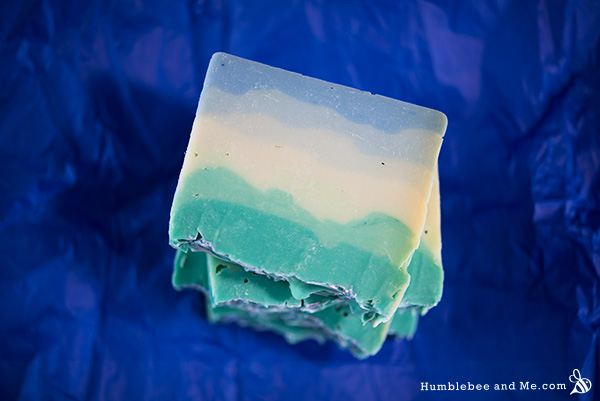