This pretty double-sided bar of Minty Poppy Seed Scrubby Soap has one end that’s scrubby and one side that’s minty fresh for a bit of end-of-summer tootsy scrubbing. If your summers (and feet) are anything like mine, you likely need it! These bars are also fantastic for gardeners or anybody who regularly gets their hands proper dirty, so I’m sure you’ll have no trouble gifting them as we head into fall harvest season.

If you’re familiar with cold process soap making, you’ll find these bars come together quite easily. You can use a loaf mould or a cavity mould—it’s all up to you! You will need extra indigo powder if you choose a cavity mould, though, as you’ll have more surface area to cover with your seaming. 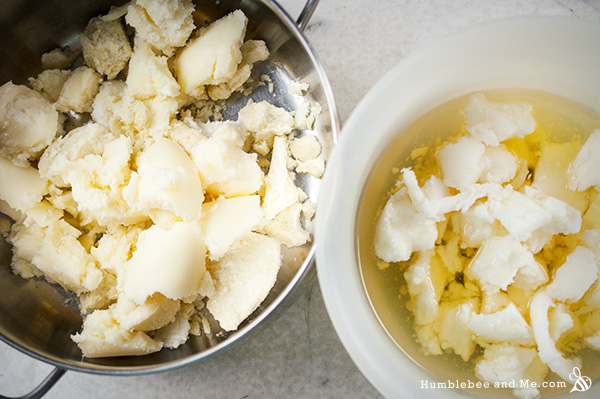 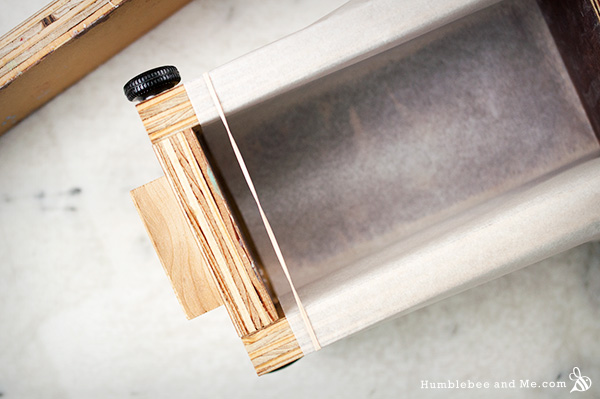 The scrubby layer gets its scrubby kick from some ground pumice, which gives the layer a rather greyish tone, and some pretty black poppyseeds. The top layer is a pretty turquoise, thanks to the addition of a lovely turquoise mica that gets its hue from hydrated chromium green chromium oxide (which you could use instead of the mica). YellowBee sent me this mica, it’s part of their new line of micas (there are so many and they’re so pretty!). 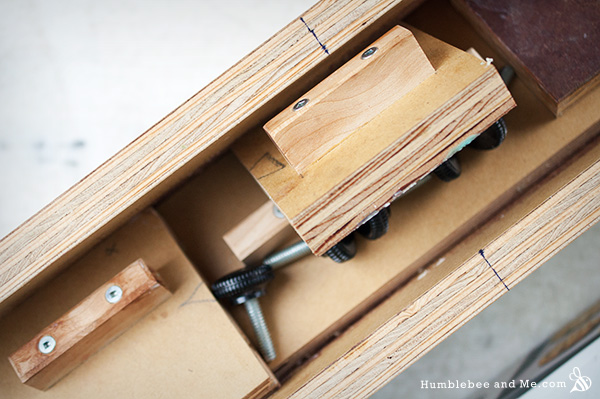 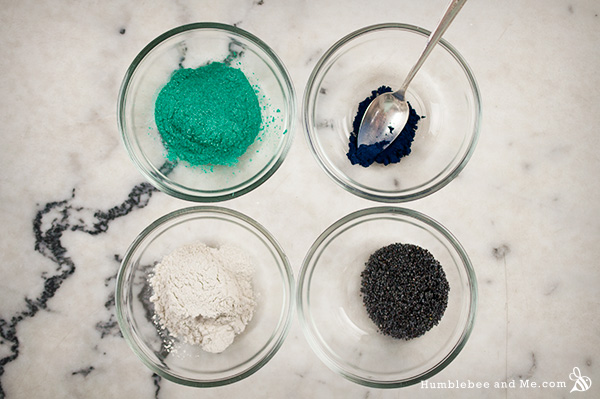 The essential oil blend is a mixture of straight-up-chilly menthol and peppermint for a cool, crisp, clean scent that’s like standing under the AC unit in a peppermint candy workshop. 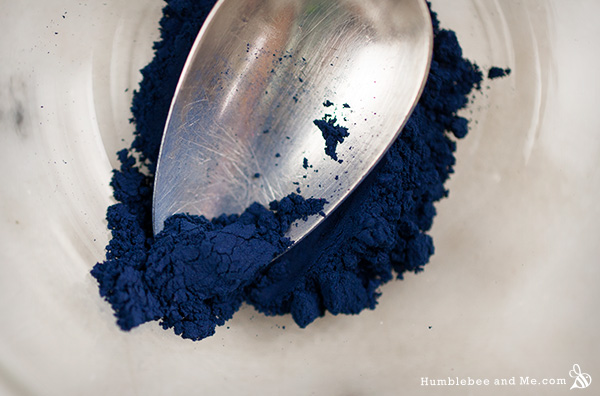 Indigo powder is so pretty! 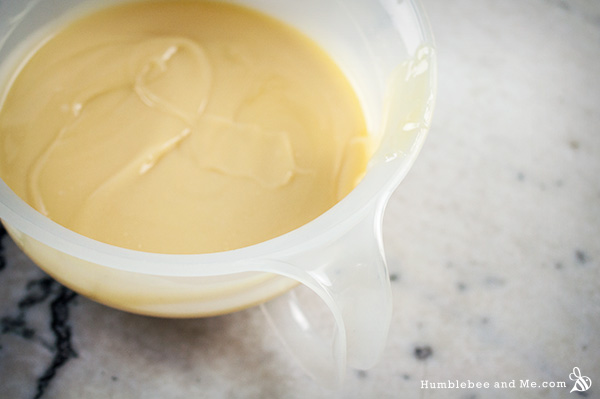 You’ll also want to prepare your mould, measure out all your additives into small bowls so they’re ready when you need them, and add up the weights of the water, lye, and fats to get the total weight of your batch. Divide that number by 2 and write it down for later—we’ll be dividing the batter in half by weight, and doing different things to each part.

Since we’re doing two layers, I’d recommend soaping this batch at room temperature. To do this, gently melt the beef tallow and unrefined shea butter (USA / Canada) in your soaping pot (since those two fats have the highest melting points), and once they have just melted, remove them from the heat and stir in the olive oil (pomace) (USA / Canada), castor oil (USA / Canada), and coconut oil. The residual heat from melting the beef tallow and shea with melt the coconut oil, and the added room temperature oils will help bring down the temperature of the melted oils. You can use a potato masher to break up the coconut oil to help it melt faster; if you’ve just barely melted the beef tallow and shea it will need some encouragement. When you’re done you should have a pot of liquid oils that feel only just a wee bit warm/room temperature to the touch.

Add your still-hot lye water to this mixture of melted and mostly room temperature oils and brought that to trace, stirring and intermittently blending the mixture with your immersion blender. Once you reach a medium trace, blend in the clay, silk, and essential oils, and now it’s time for colouring and layering!

Using your scale and that number you wrote down earlier (the 1/2 batch weight number), divide your soap in half into two smaller bowls. Add the pumice to one half of the batter, blend that in with your immersion blender until it’s smooth, and then stir in the poppy seeds (we don’t want to blend them or you’ll break them up). Add the mica to the other part, and blend it in with your immersion blender until the colour is smooth and uniform, and you see no clods of mica.

Spread the pumice/poppy seed layer on the bottom of your soap mould and spread the top down. Using a sieve, tap a fine layer of indigo powder over the pumice batter. Be sure the layer is quite thin so you don’t create a weak spot between the layers. Once you’ve got good, even coverage, wipe down the sides of the mould with some rubbing alcohol on a paper towel and gently spoon the teal layer over top. Rap the mould on your counter to help knock out any air bubbles, and shape/sculpt the top of the soap however you like.

Cover and leave to saponify for 24 hours before slicing. Slice, and let age for at least  three weeks before using. Enjoy! 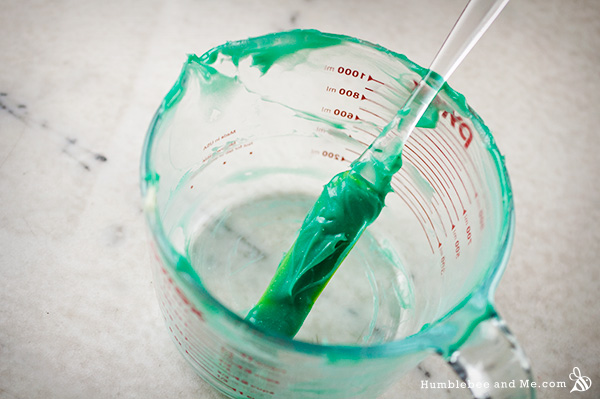 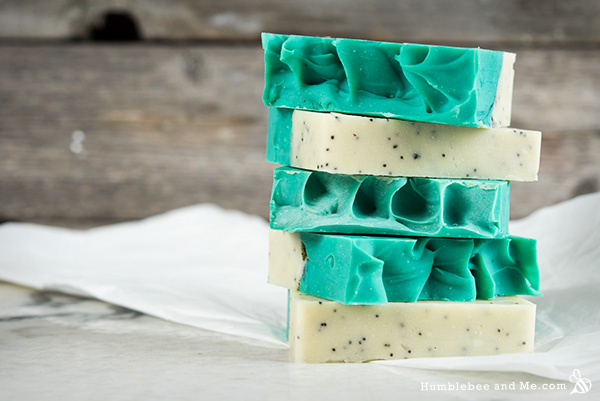