This Morning Frost soap was inspired by a beautiful walk I took back in November with the oh-so-friendly Scotch—potentially the world’s nicest goldendoodle. Scotch and I were out in the morning, walking down one of Calgary’s bluffs into a valley. This was before real snow and winter set in, but it was one of our first colder days, with frost and a bright blue sky. The leaves of autumn were long gone, so the valley was covered in wilted golden grass and naked trees—and every surface was covered in the most stunning frost. It was big, flaky frost that caught the light in every direction, making the entire valley glitter. This kind of frost is called hoar frost, and you should definitely check out this blog entry of beautiful photos of it so you know why I got so excited about it. Anyhow, I didn’t want to call these bars Hoar Frost soap … so Morning Frost Soap it is!

Colour-wise, the scene was excellent inspiration. A bottom layer of gold echoes the fading prairie grasses, beginning to wilt and sag under the weight of more and more frosty nights. Above that, blue and white swirl and bob, like blue skies and passing clouds. Last but not least, the swirly top is generously dusted with silver-white mica for that diamond-coated touch. 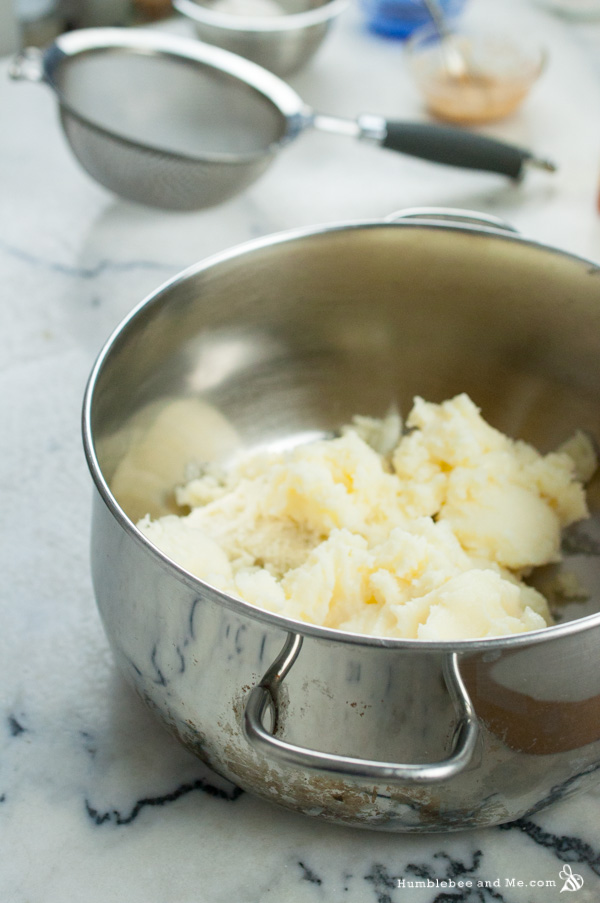 When I was dreaming up a blend of essential oils I was thinking minty, but I ended up settling on camphor instead—mint seemed to fresh for a crispness that comes from cold and the onset of winter, when the only thing that is really fresh is the air. Camphor is really clean and fresh, but in a fresh air sort of way rather than a fresh herb garden kind of way. To that I added some warm benzoin and soft cedarwood for a final blend that is fresh and cool, with warm, woody base notes. 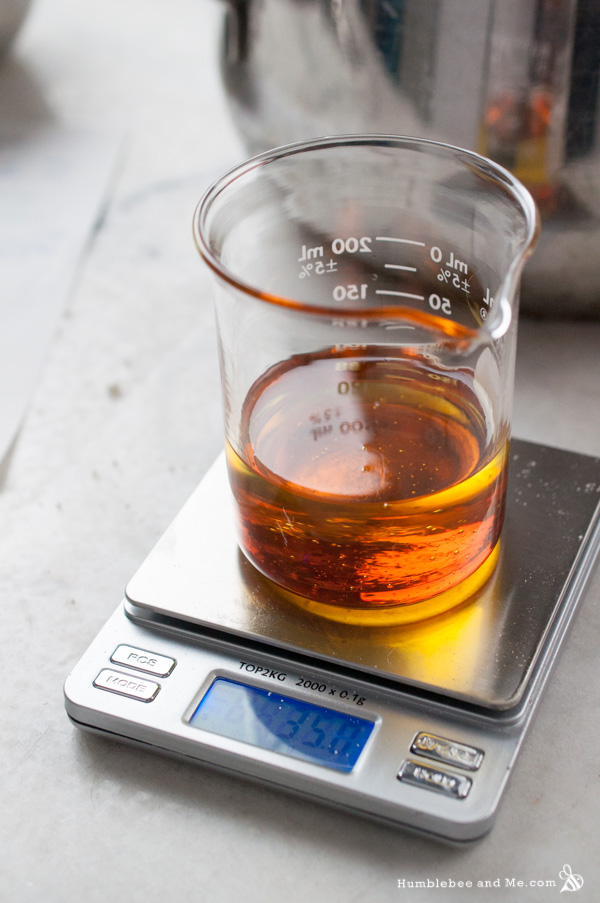 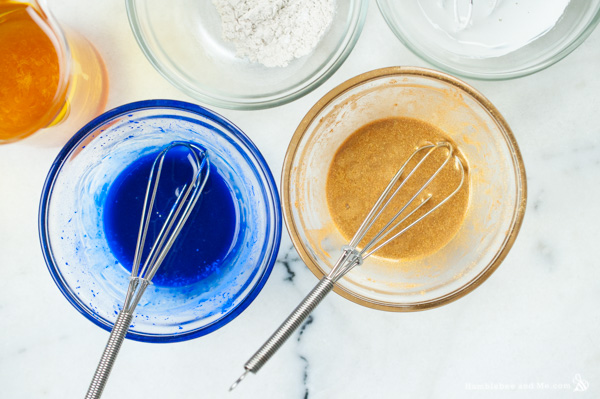 I decided to soap this in two parts, bringing 1/3 of the batter to trace and then the other 2/3, but I’m not convinced this was really necessary. That’s how I wrote it out, but I suspect you could get away with bringing all the batter to trace at once and then diving that into thirds, rather than doing it the way I did. My aim was to get a smooth, thinner trace for the first layer so it would be perfectly level, but that didn’t happen, and in the end I rather like how it turned out, uneven as it is. 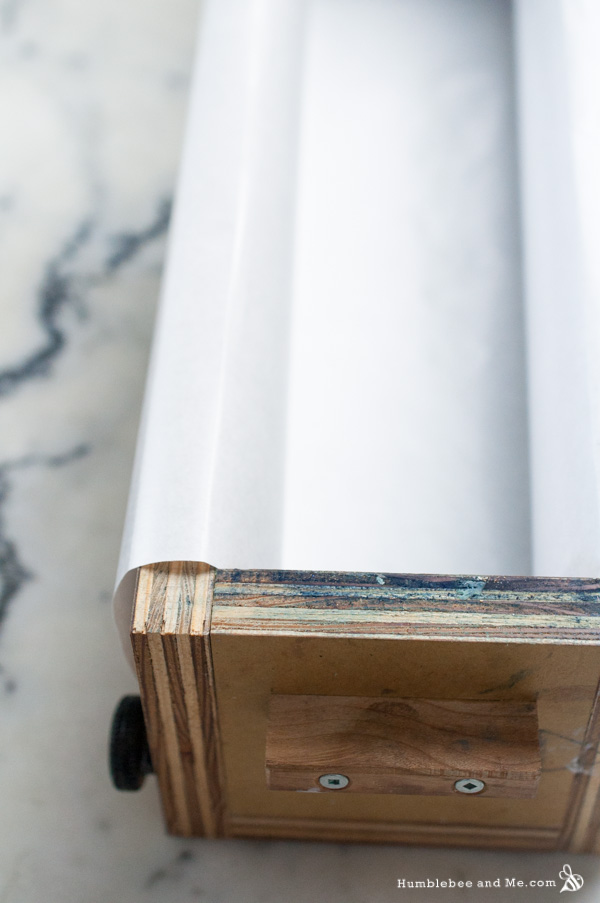 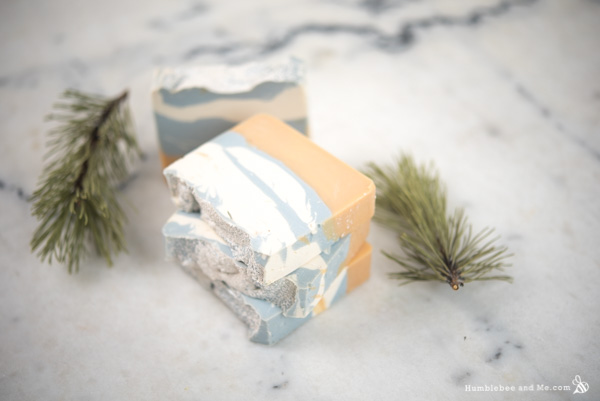 The finished bars are really lovely. I think the scent is my favourite part—it’s lovely, but hard to pin down. It’s warm, and sweet, and a little spicy, and definitely crisp as well, but it’s hard to tell what kind of warm it is, and where the spice comes from, and I love that in a scent blend. I’m also a sucker for mica dustings, so there’s that, too. Let’s make some Morning Frost Soap!

While you’re letting everything cool, add up and write down the weights of the oil part, the water + lye part, and your essential oils. Divide each of those numbers by three, and write those numbers down as well. Keep all that handy while you soap. You’ll also want to measure out some of each mica and pigment into small dishes and whisk in some extra rice bran oil to create a liquid pigment solution for easier pigment incorporation later on (I’ll often skip this step with micas, but it is pretty darn useful with oxides and ultramarines).

To kick things off, weigh 1/3 of the oils and 1/3 of the lye water into your smaller container (I used a 4-cup Pyrex measuring cup). Bring that to trace, and then add 1/3 of your essential oils, and approximately 1/3 of the silk and clay. Blend all that together until smooth.  Up next, add just enough gold mica or yellow iron oxide to get a soft gold colour, and pour that batter across the bottom of your prepared mould.

Combine the rest of your oils and lye water, and bring that to trace. Add the remaining essential oils, silk, and clay, and blend until smooth. Now, divide that batter roughly in two. Add titanium dioxide, as required, to one half, until you have a soft white colour. Add blue ultramarine, as required, to the the other half, until you have a soft blue.

Layer and swirl the blue and white parts on top of the gold layer; I poured my first addition over top of a spatula to break the batter’s fall to try to minimize the displacement of the gold layer.

Once you’ve got all the batter in the mould, rap it firmly on your counter to bonk out any air bubbles. Swirl the top a bit with your spatula, and then dust the surface of the soap with silver mica by tapping it through a fine sieve, as if you were dusting a cake with icing sugar.

Leave to saponify for at least 24 hours before slicing; I recommend slicing this soap through the side so you don’t drag the mica topping through the bars. Leave to age for at least three weeks before using. Enjoy! 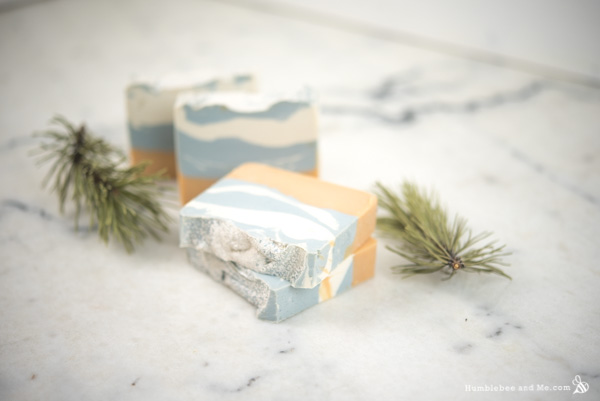 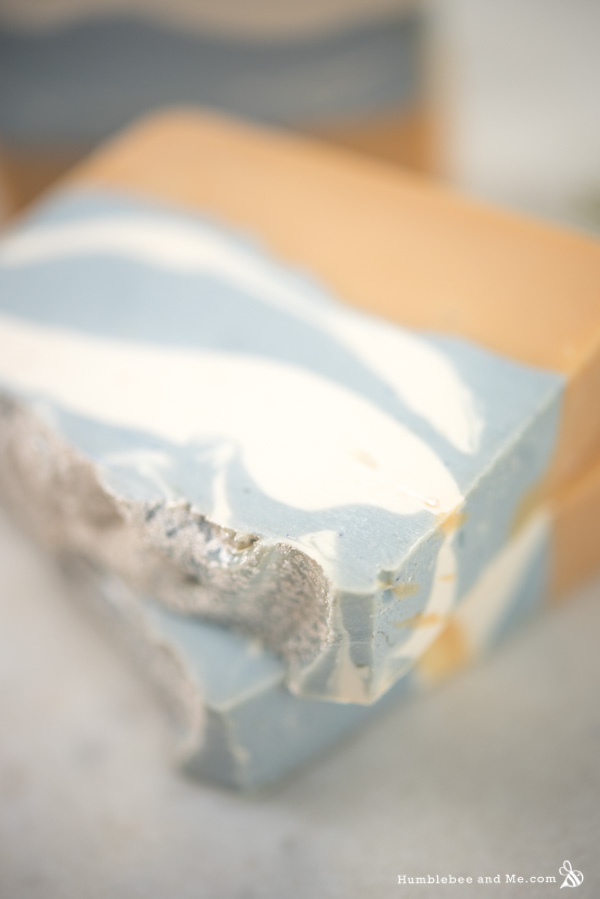