My wooden soap mould is really awesome, and I get a fair amount of questions about it, so I thought I’d do an entry on it for anybody who’d like to re-create it. My dad made this for me a couple years ago, and it’s awesome. 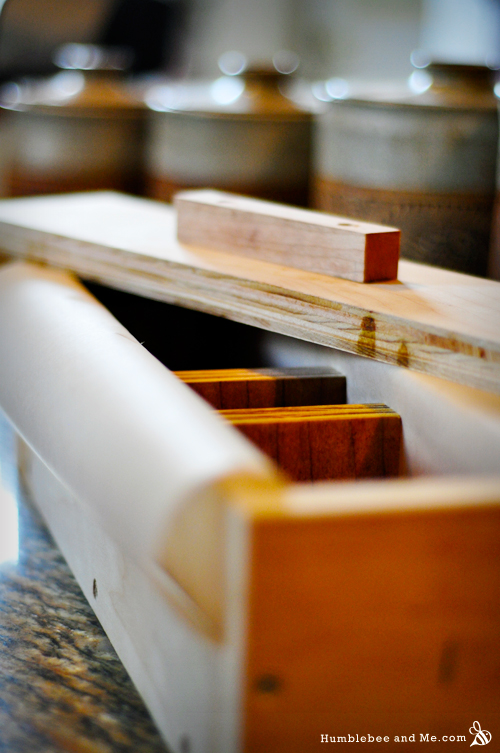 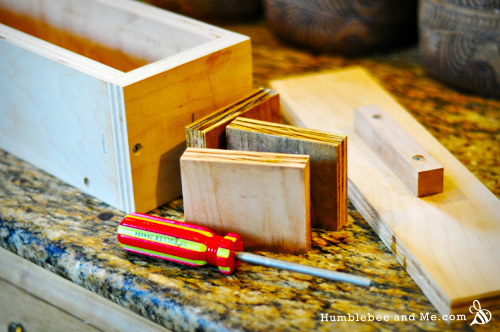 There are a few things that are particularly awesome about this soap mould. First off, it’s exactly the the right size to be easily lined with parchment paper, being just as long as a standard roll is wide. Brilliant. 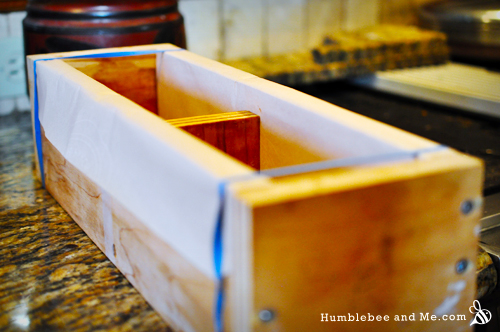 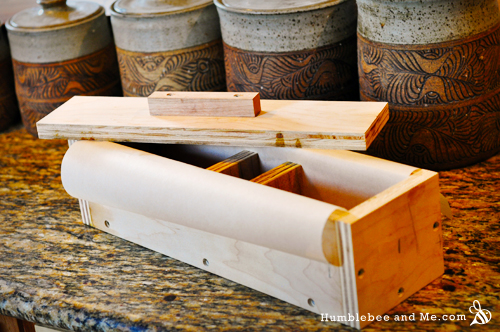 Up next; each inch of the mould holds a 100g of oils portion of soap. Yes, I realize this is really mixing my measurement units, but this is Canada, and we have commitment issues in that department. That’s 1″=3.3oz oil or 2.54cm=100g oil, for those who prefer not to bounce between the systems. That means that, at 38.1cm/15″ long, this mould can hold a 1500g/52.9oz (of oils) batch of soap. That batch ends up weighing more than 1500g once you add in water, lye, and essential oils, but it sure is handy. If my batch is based around 700g/24.6oz of oils, I’ll measure out 7″/17.7cm of the mould, slide in a partition, and the batch will fit perfectly. 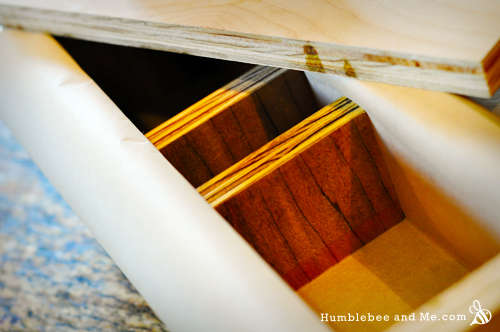 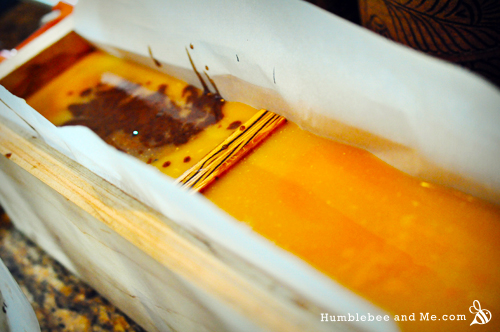 The ends are attached with screws, which I remove/fasten with a screwdriver. The partitions just slide in and out, though a bit tighter now than when the mould was new as the wood has swollen thanks to its relatively frequent contact with moisture.

I’ve started using elastic bands to hold down the edges of the parchment as it’s so non-stick that tape doesn’t work. I remove the elastics after pouring the soap so I can put the lid on it.

I line the main trough of the mould with parchment, but not the ends or the partitions. This way I am able to unscrew the ends and then basically lift out a log of soap with the ends still attached. I’ll cut those off with a knife (ditto to the partitions, if used), and then be on my merry way to slice & age the soap. 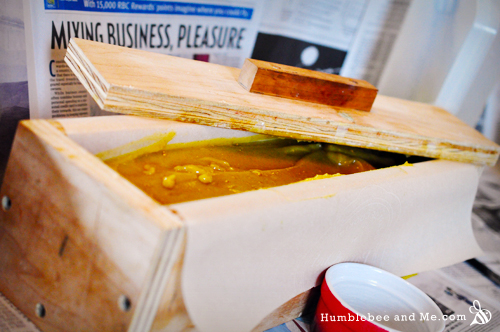 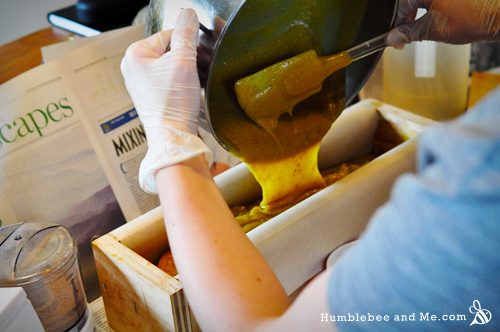 The mould also has a lid, which is fantastic for covering the batch while it saponifies. 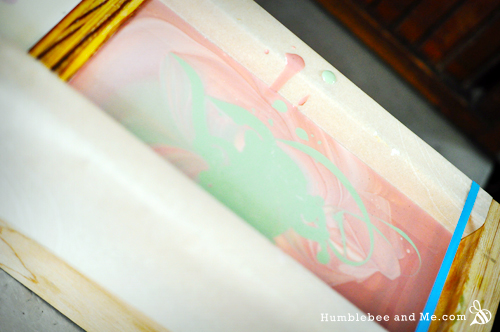 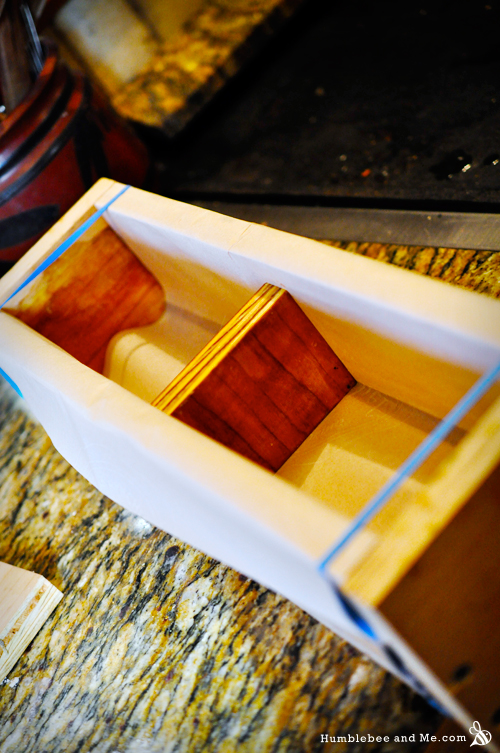 The wood used is a smooth plywood, unfinished, 0.75″ [1.9 cm] thick. The three main pieces that form the length of the mould are held together with screws. All you’ll really need is a saw and a screwdriver! Fantastic.

Well, that’s about it. Feel free to ask about any details I may have neglected 🙂 And no… you can’t buy one from me, though I have told my dad there’s a good business opportunity here 😉