Pumpkin pie is easily one of the best things about autumn. Americans seem to have really taken this to heart as the array of pumpkin pie flavoured and scented things available in October and November south of the border is truly shocking. From bagels to lattés to candles, their love of pumpkin-y goodness outstrips anything I’ve ever seen up north. So, not one to be left behind, I thought I’d add some Pumpkin Pie Soap to the mix as a Canadian contribution (and just in time for Canadian Thanksgiving). 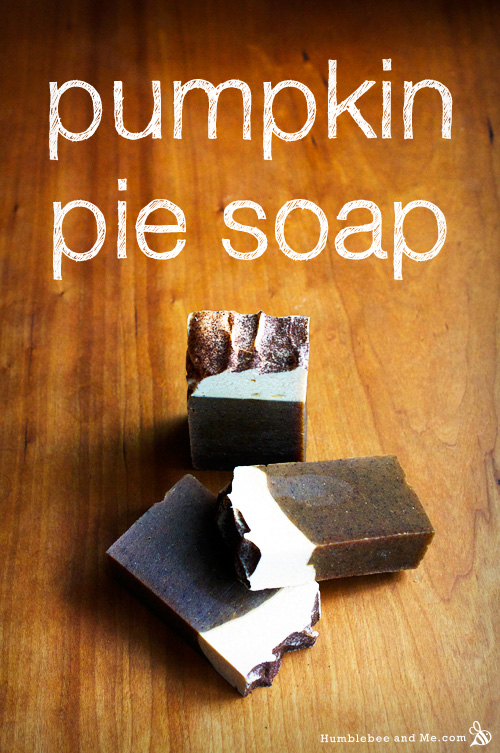 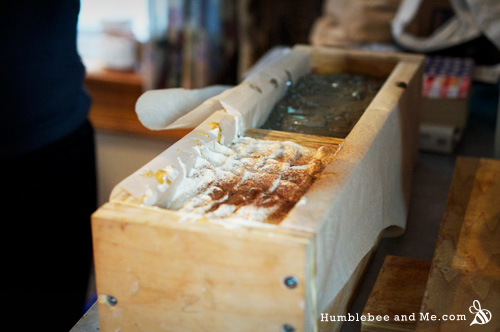 The base of this soap is a slightly modified version of my all-in-one soap, with a bit more beef tallow than the original for a harder final product. As always, it makes for a lovely smooth bar with luxurious lather and a reasonably quick cure time. 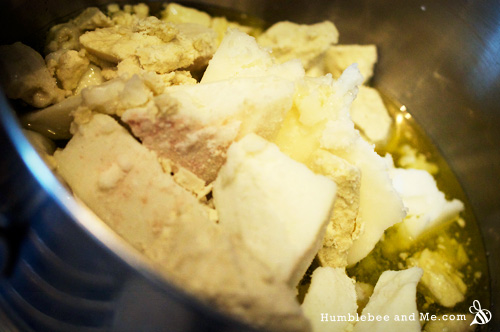 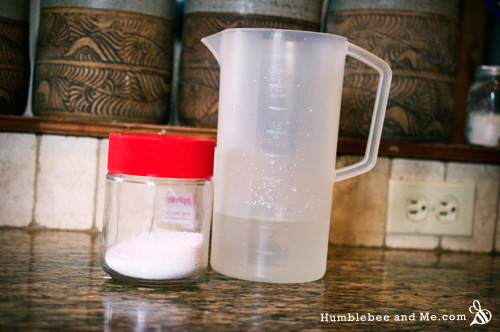 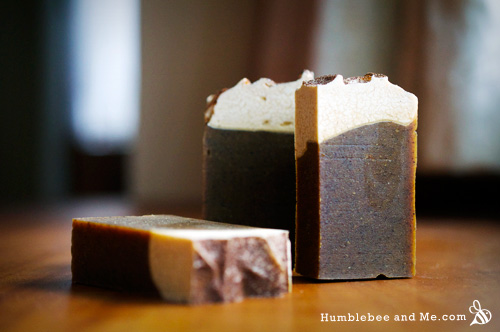 The whole bar smells deliciously of cinnamon, cloves, nutmeg, and vanilla. You will likely be tempted to take a bite, but I really don’t recommend it 😉 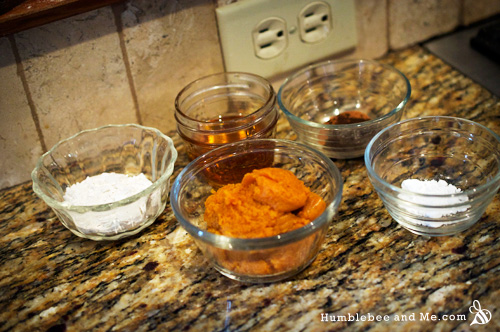 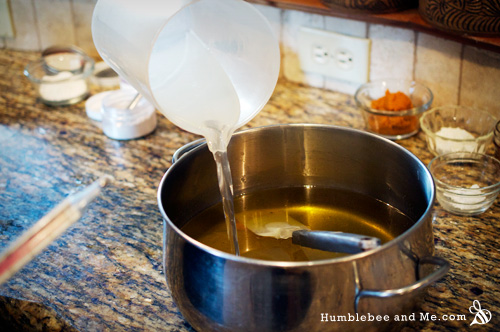 I’ve divided the batch a bit to have a pie part and a whipped cream part—yum. The pie part has a bit of added pumpkin purée, some vanilla flecks, and a touch of ground cinnamon, but do be careful to stick to just a touch—it’s an amazingly scrubby additive and large amounts of it can be rather irritating in a bar. 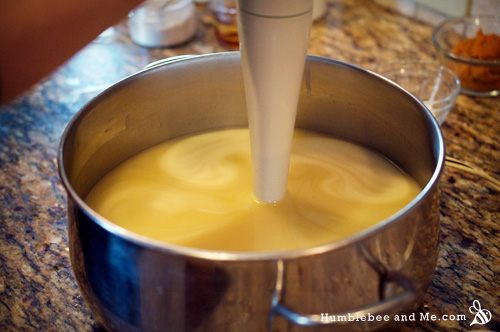 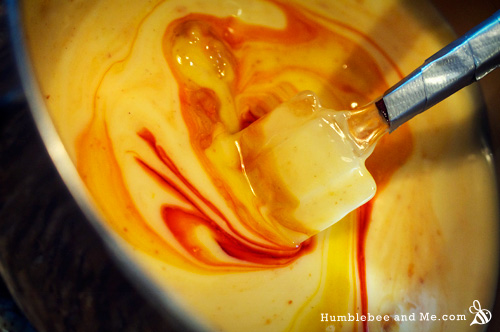 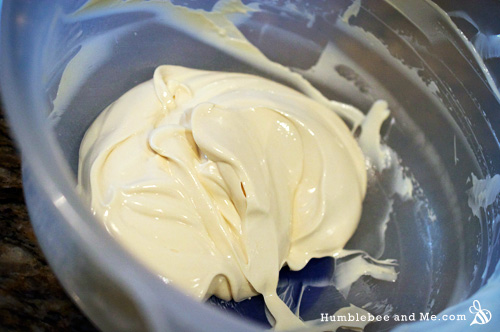 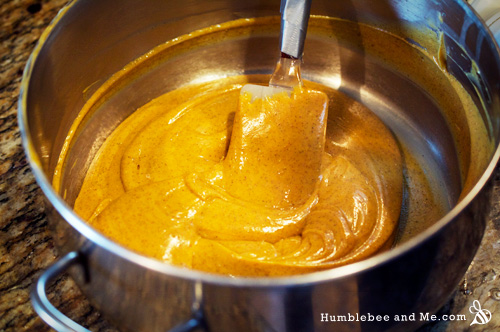 Follow my standard soap making instructions. Once you reach a thick trace add the essential oils, clay, and white kaolin clay (USA / Canada). Thoroughly blend with your immersion blender, and then divide the soap between two bowls, putting about 2/3 in one bowl (that’ll be the pumpkin part) and 1/3 (the future whipped cream part).

Stir the pumpkin purée, vanilla flecks, buriti oil, and ground cinnamon into the 2/3 portion, and blend the titanium dioxide into the other. Ensure you still have a nice, thick trace for each part as you need to dollop the whipped cream part on top of the pumpkin part, so you’ll need some structural integrity there.

Scrape the pumpkin part into the bottom of your mould, smoothing the top down and tapping the mould on the counter to knock out any air bubbles.

Dollop the whipped cream part on top of the pumpkin part, taking care not to blend the two. If you like, you can dust the top with a bit of ground cinnamon tapped through a sieve.

Cover the mould and lightly insulate it. Let saponify for 24 hours before removing from the mould to slice. Age for at least 3–4 weeks before using. 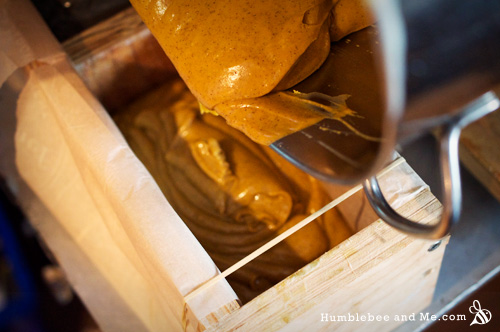 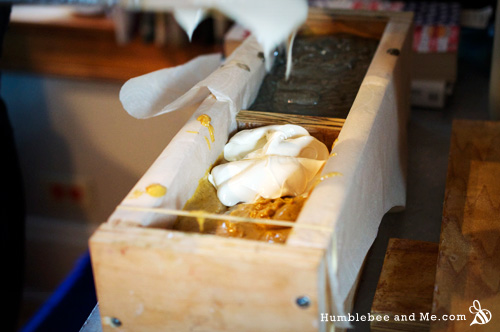 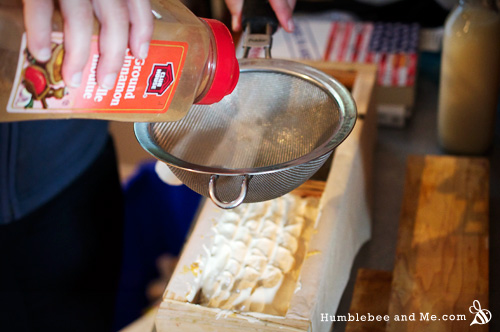 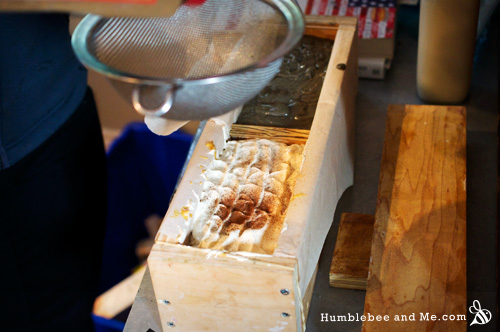 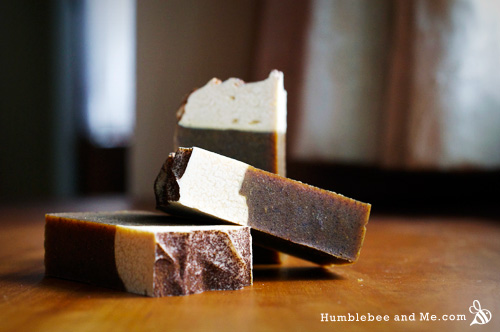