Today’s soap is in honour of Robbie Burns’ day, but it also doubles up nicely as a Valentine’s Day soap with its rosy scent and dusty pink layers. I had a lot of fun making this soap, even though it turned into a bit of a learning experience (a.k.a. things didn’t go precisely as planned!). Though it’s not quite what I had in my imagination when I started soaping I love how the rustic angled layers turned out in the end, and I hope you will as well!

This soap employs (or was supposed to employ…) the super even layer technique I learned from Ariane. The general gist of the super even layer technique is this: bring the soap batter to a very thin trace in batches, pouring each layer and leaving it to set up a bit before bringing another portion to trace and gently pouring that over the previous layer. This allows us to ensure every layer is poured at an absolutely liquid trace so gravity can do all the levelling. Once you’ve got this down there’s lots of fun to be had with different angles, portion sizes, and so on. 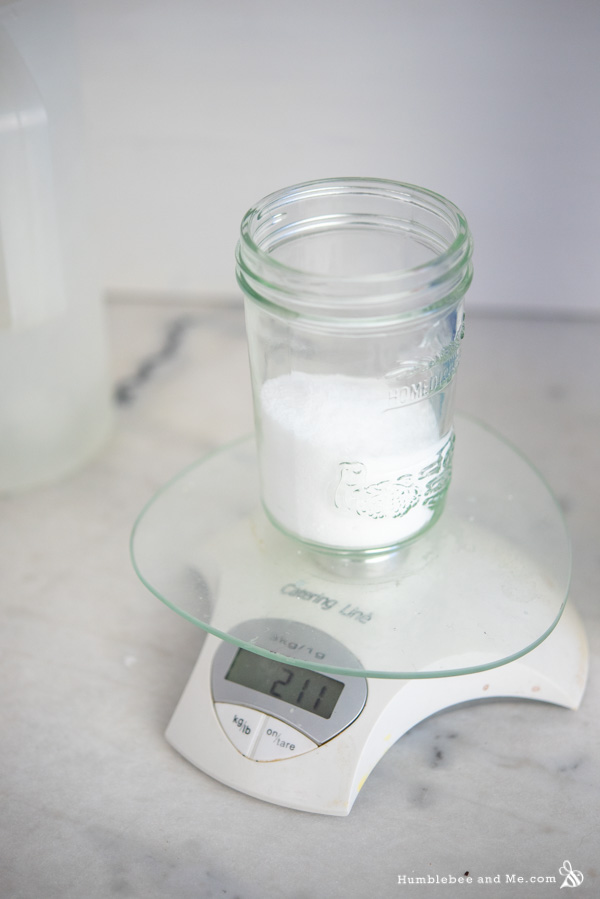 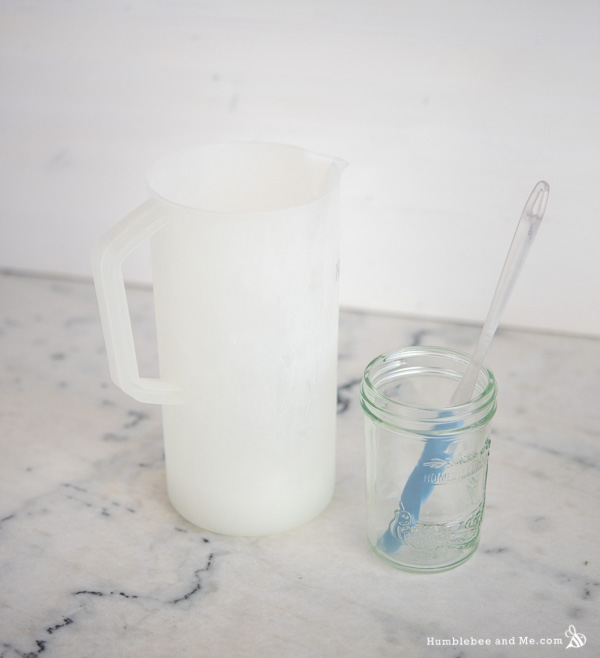 The corner layer technique isn’t a new one for me, and I know from experience that a very thin trace is essential to success. As I was gathering ingredients for this particular soap I decided to use up my bottle of rose water lemonade fragrance oil, blending it with some rose fragrance oil to create a slightly citrussy rose medley. I googled the fragrance oil to find out if it was likely to cause any soaping disasters and all that was really noted was some slight warm/brown tinting over time and slight acceleration, which sounded like it should be fine. 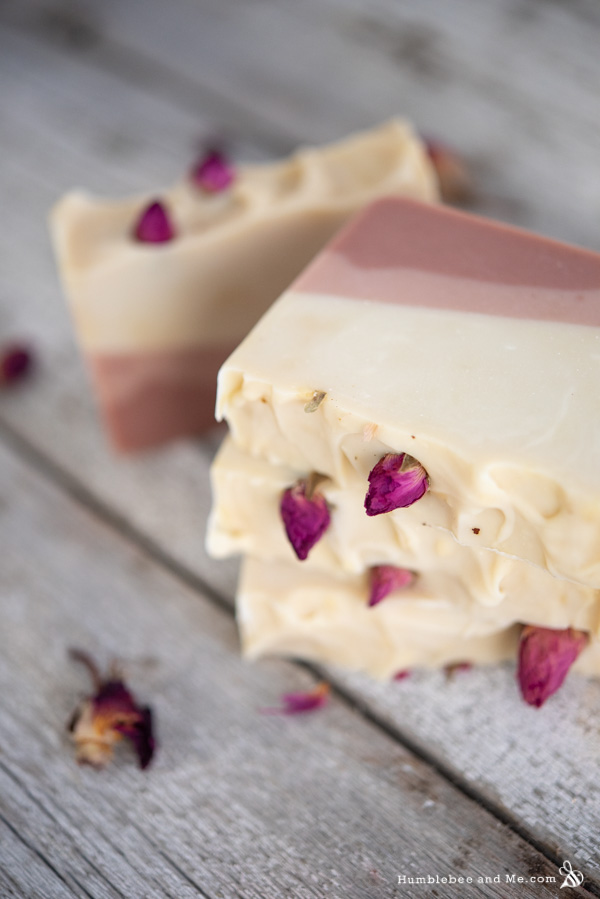 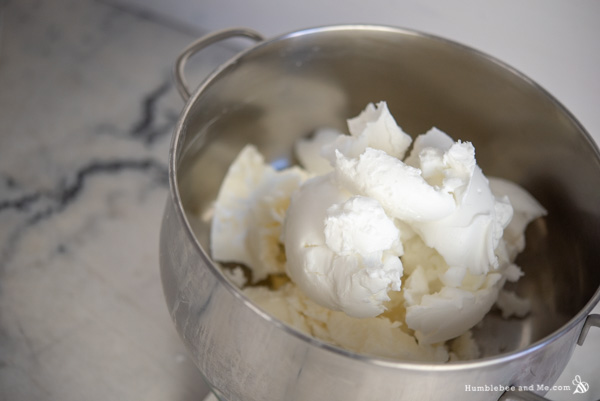 Uh, spoiler alert… it was not quite as fine as I’d hoped. It turns out that the acceleration, which was pretty slight, was still enough to be troublesome for what I wanted to do. The bottom layer ended up much thicker than I’d been planning for, so that layer ended up rather… rustic. I smoothed it out as best I could, but nothing replaces a thin trace and gravity! For the second layer I brought it to trace first, and then stirred in the fragrance before pouring. That worked much better, and that layer has a pretty even top to it. 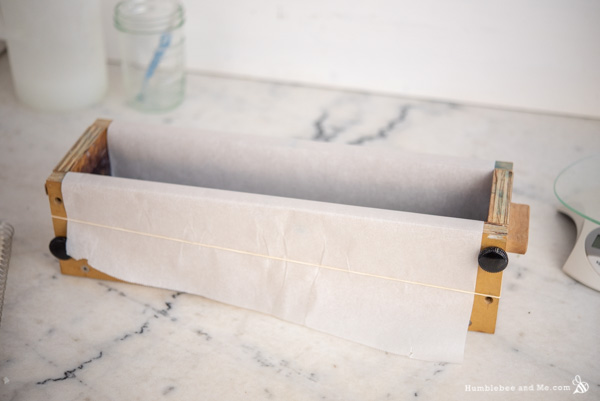 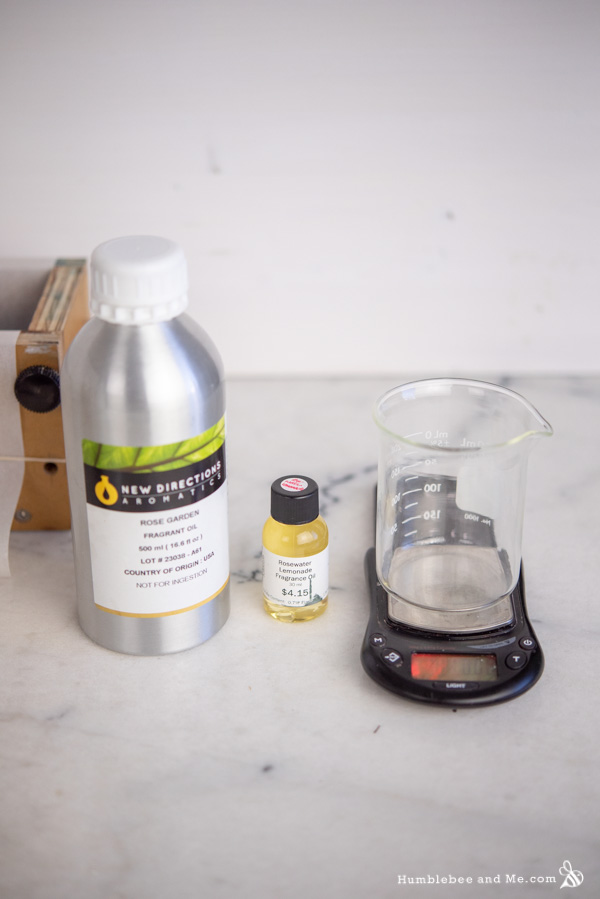 I did the same thing with the third layer, but in my haste to pour while the batter was as thin as possible I didn’t incorporate the fragrance oil and titanium dioxide as thoroughly as I thought I had, leading to some interesting white wispy bits and brown spots where we get quite a lot of that slight brown tinting happening all in one place. Whoops. If I was going to make this soap again I would avoid any fragrances that have even the barest mention of acceleration anywhere in the reviews—it’d make life way easier! Learn from my slightly blotchy soap and avoid any fragrance you aren’t sure about. And, if you do stir the fragrance in by hand, make sure you do a good job! 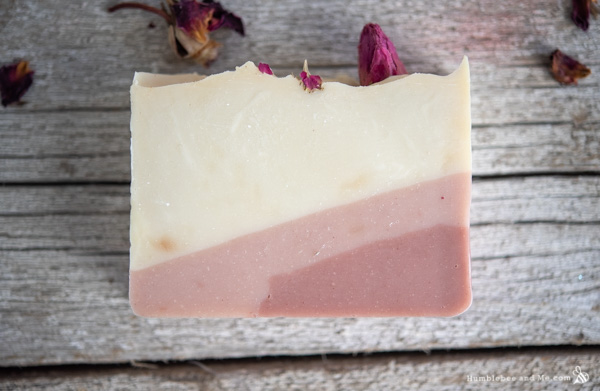 Here you can see a little brown hotspot or two and some white wispy bits. I’m a on the fence about using this soap due to concerns about those higher concentration spots of fragrance being potentially irritating—what do you think? 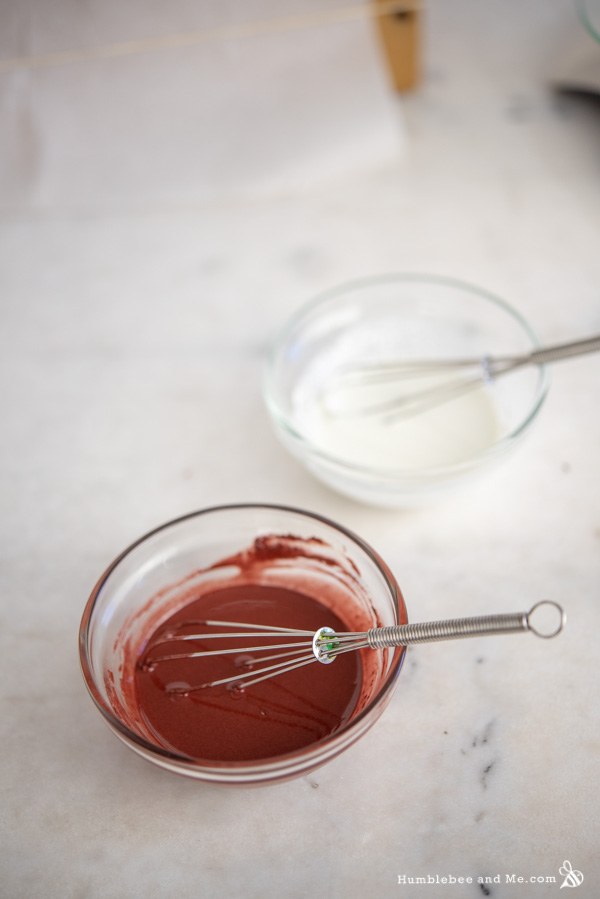 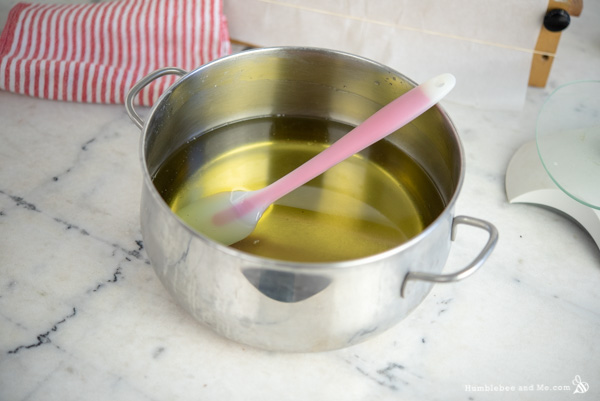 I let the top batter set up a bit before swooshing it around with the back of a spoon and studding it with some dried rose buds. A bit of a mica swirl or dusting would be lovely as well if you’re feeling it. Because this batter is designed to be softer to make it easier to achieve a very light trace I’d recommend aging these bars for at least four or five weeks after slicing, depending on ambient humidity. You might also consider a bit of a water discount if you’re feeling confident with the technique and your fragrance oils!

Prepare your mould—you’ll want a loaf mould for this soap. Melt your oils together in your soaping pot, and have one container with a pouring spout handy (I use these awesome funnel pitchers). Let your oils cool to slightly warmer than room temperature. Mix up your lye water and let that cool to about room temperature (you can use ice for part of your water to speed up the cooling process).

You’ll also want to ensure all of your other ingredients are all ready so you aren’t left scrambling and don’t potentially end up with too thick of a trace. Lay out your work area so you can easily grab your pre-dispersed pink clay, and be sure to pre-disperse the clump-prone titanium dioxide in some extra liquid oil so you don’t have to over-blend the batter to smoothly incorporate it.

Prepare your mould by lining it (if required), and then propping one long edge of it up on something about 1”/3cm tall—the angle created by this propping is what will create our angled corner. Ensure the mould is stable and well balanced, and that it’s sitting somewhere you can easily access it, but won’t need to move it immediately after pouring.

Now you’re ready to get started! Begin by blending the kaolin clay into the lye water. Now, pour 20% (by weight!) of your lye solution and fats into a secondary container. Add 20% of your fragrance and enough pre-dispersed pink clay to create a deep pink and bring the lot to a very thin trace. Pour that into your mould (take care not to pour down the sides—pour straight into the bottom on the mould), and then leave it for twenty minutes (set a timer).

After twenty minutes have passed, bring another 20% of the batter to trace, adding another 20% fragrance and enough pre-dispersed pink clay to create a light pink. Pour the thin pale pink batter into the still-angled mould, breaking its fall by pouring it over a spatula held close to the surface of the darker pink layer.

After twenty minutes have passed, bring the remaining 60% of the batter to a very thin trace, adding some titanium dioxide to ensure it is relatively white (don’t forget the last 60% of the fragrance!). Level out the mould, and pour the thin white batter into the mould, breaking its fall by pouring it over a spatula held close to the surface of the blue corner.

Once the white batter has been poured, leave it to set for ten minutes before scooping and sculpting the top with the back of the spoon and studding the top with dried rose buds. Leave to saponify for about 36 hours before removing it from your mould and slicing; be sure to slice it through the side so you don’t drag rose bud bits through the bars from the top down. Place the soap somewhere cool and dry to age for at four to five weeks before using or gifting. Enjoy! 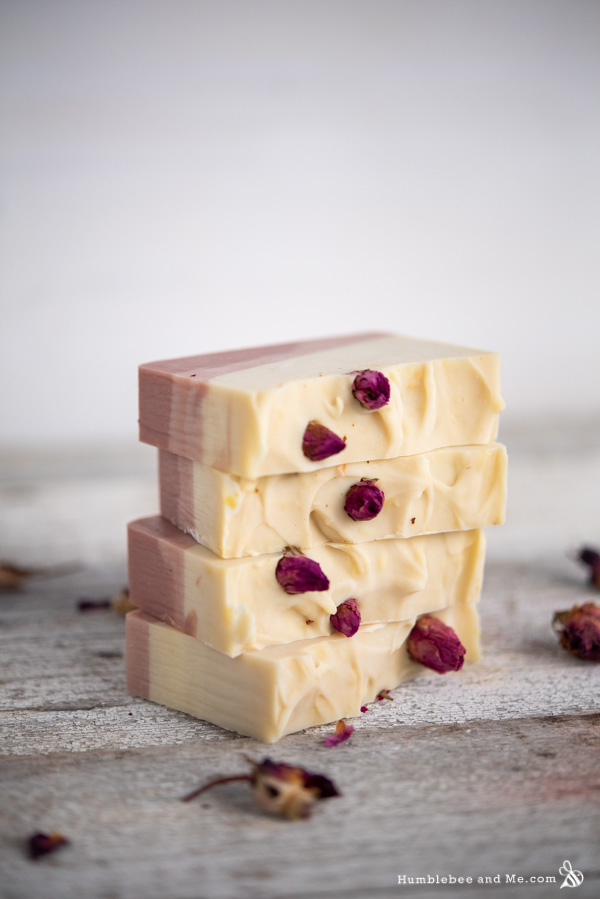 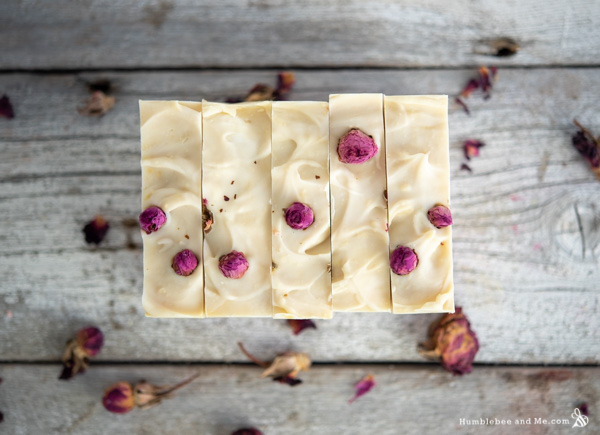