This decadent Rich Shealoe Butter Cream is the first project I’m tackling in my Bee Better series; it’s an update of the Homemade Shealoe Butter Cream I shared back in February 2014. The idea was to create my own shealoe butter type product, inspired by the plethora of shea/aloe butters for sale from DIY suppliers. I’d like to thank Rhonda for inspiring me to update this project—she shared some of the changes she’s made to it over the years in the comments section on the 2014 version and they sounded divine! I’ve adopted a couple of her improvements and added a few of mine as well.

First things first; percentage-izing the formulation. The 2014 version was roughly percetange-d in that if you add up the ingredients they total 100g (3.5oz), so 1g = 1%, but the preservative was left out, and also left up to the reader. Reading through the comments and my replies you can really see how far I’ve come in terms of preservative use! 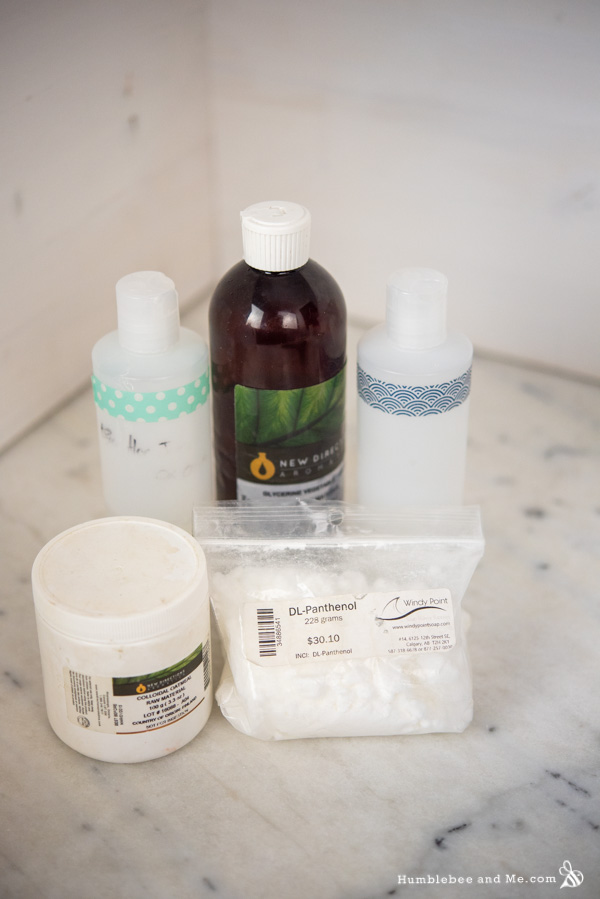 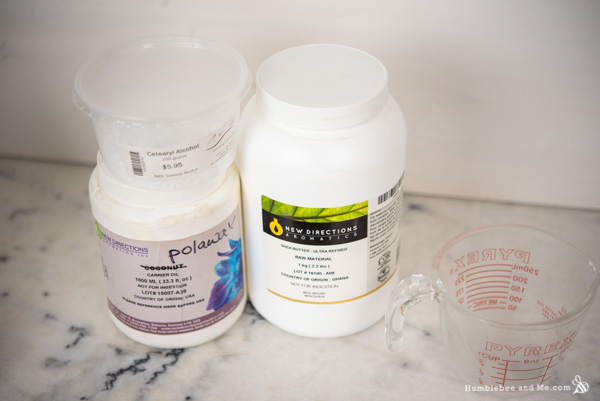 With the formula fully percetange-d, it’s time for some upgrades! With lots of soothing aloe vera and rich shea in the butter cream, it seemed very sensible to really embrace the soothing/heavy-duty moisturizing angle. Panthenol (vitamin B5) was a no-brainer, as it’s both moisturizing and soothing! Colloidal oatmeal is also wonderful at soothing and moisturizing the skin; I love it in my Pemberley Hand Cream as well. 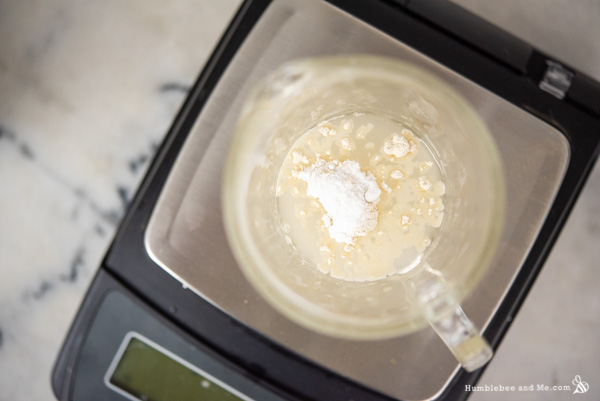 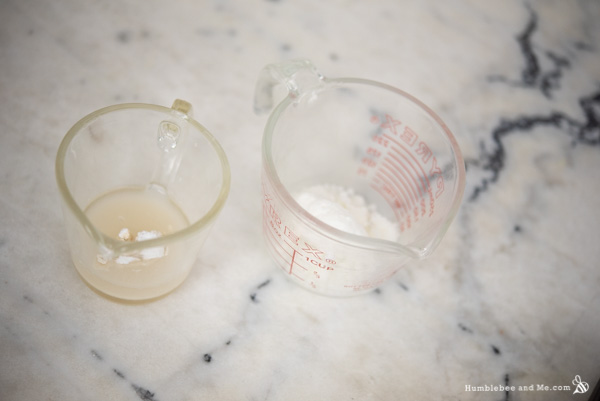 The oil phase features two new ingredients compared to the older version; dimethicone 350 and cetearyl alcohol. Dimethicone is one of those ingredients I definitely wouldn’t have used back in 2014, but I’ve since changed my mind about it. It’s a safe skin protectant and emollient, and it improves slip in almost magical ways. I made a version of this Rich Shealoe Butter Cream without the dimethicone and found the slip to be lacking, which isn’t surprising given the skin feel of shea butter and the high usage of it. Some cetearyl alcohol further helps improve the slip while lending its fluffy thickening goodness to the end product. 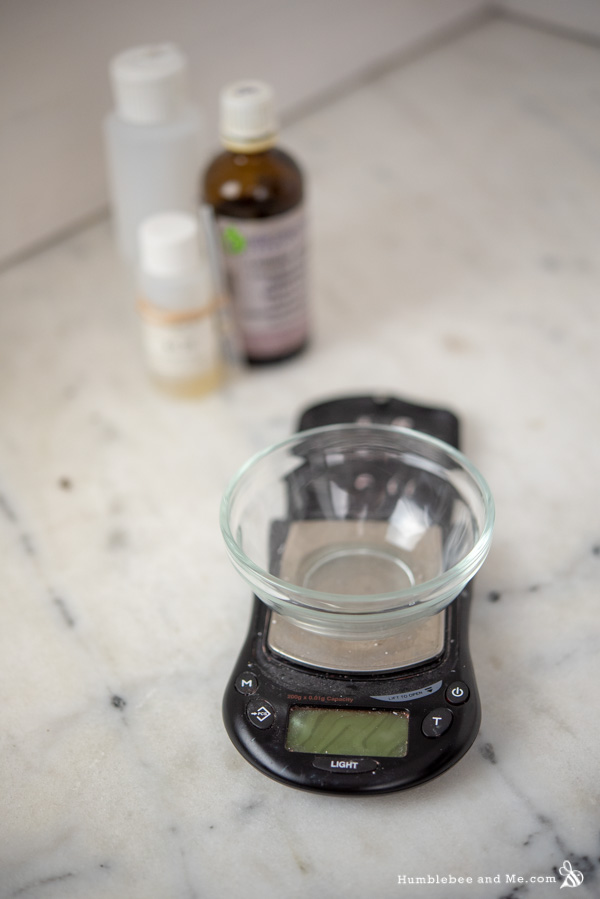 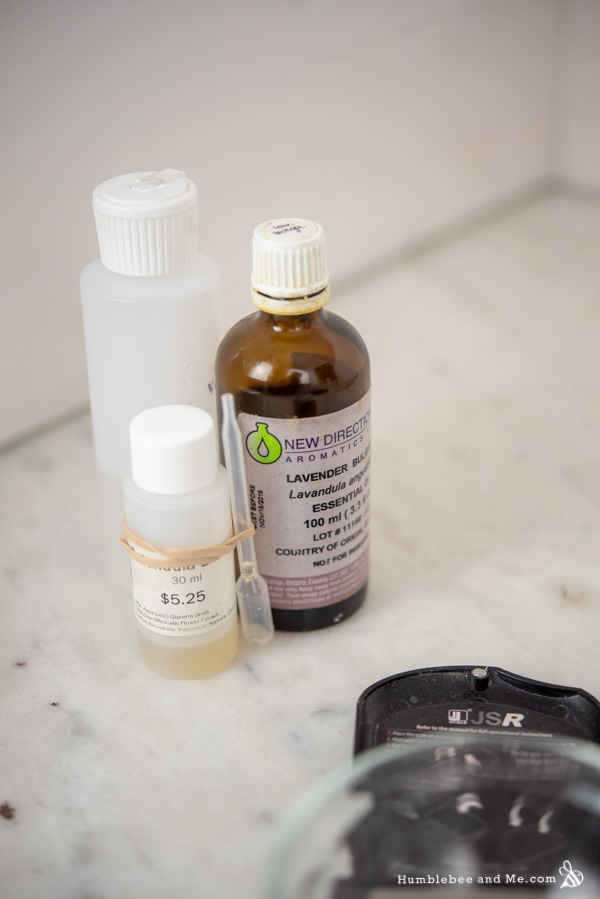 In the cool-down phase, I’ve incorporated some lavender essential oil and calendula botanical extract, which further amps up the soothing factor of this formulation while also adding a touch of lovely scent. I find the colloidal oatmeal lends a touch of an oat-y base note to the smell of this butter cream and the lavender compliments that really nicely. I chose refined shea butter to let the lavender and oat smells shine (they’re pretty subtle), but you could use unrefined shea butter if that’s what you’ve got and you don’t mind the smell of it. 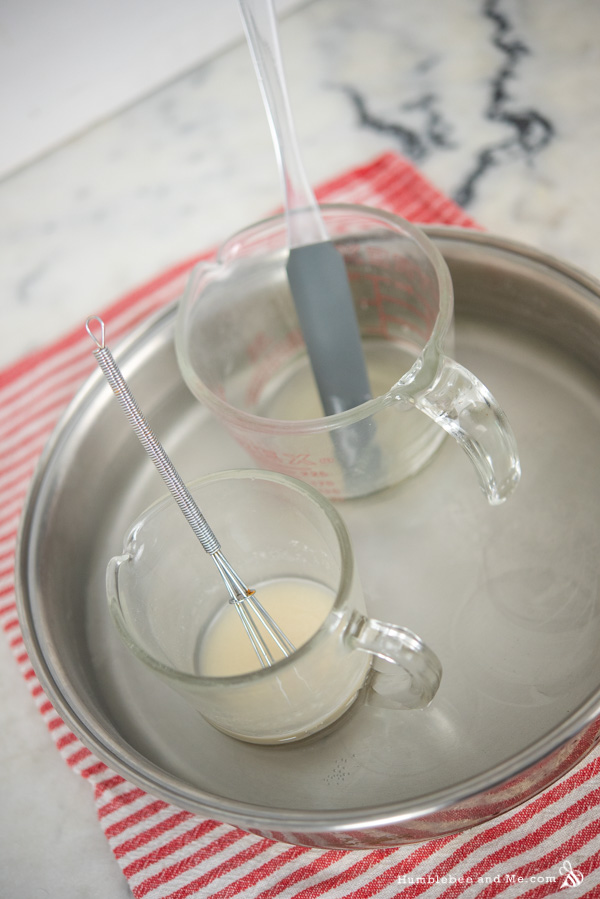 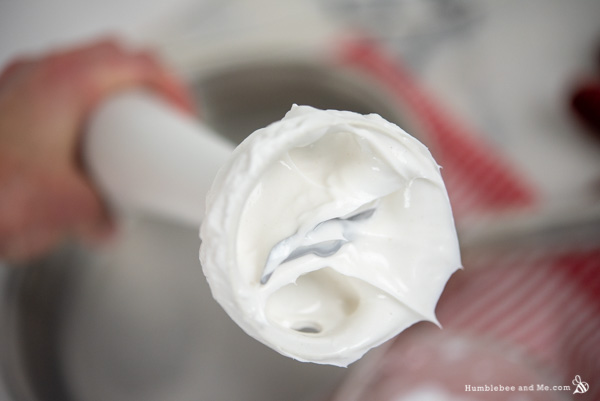 You’ll find the instructions are also a whole lot better for this one—not only in terms of clarity but in terms of procedure. 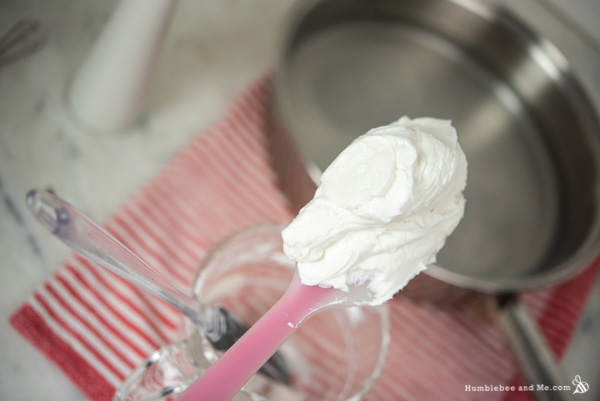 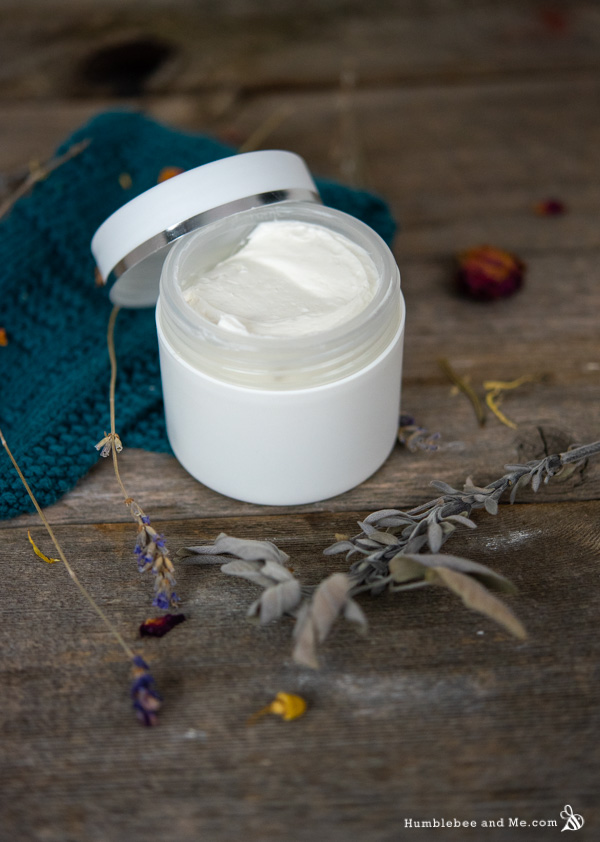 The finished Rich Shealoe Butter Cream lives up to its name—it’s very rich, and it’s like a hybrid between a butter and a cream. It’s lighter than a butter, but heavier than most lotions or creams. It is intensely moisturizing, with plenty of soothing goodies to help dry skin recover. I hope you’ve enjoyed this first Bee Better project, and be sure to stay tuned for more!

Prepare a water bath by bringing about 3cm/1″ of water to a bare simmer over low to medium-low heat in a wide, flat-bottomed sauté pan.

Grab your immersion blender and begin blending the lotion, starting with short bursts so the still-very-liquid lotion doesn’t whirl up and spray everywhere. Blend for about a minute, leave to cool for ten, blend for another minute or two, and repeat this blend-cool-blend cycle until the outside of the glass measuring cup is barely warm to the touch and the lotion is thick and creamy.

Once the cool-down phase has been incorporated, it’s time to package it up! You’ll want a wide-mouthed jar for this one; it’s much too thick for a pump-top bottle. It might work in a squeeze tube, but you’d have to get it in the tube first, and it’s so thick I think that would be very challenging given the narrow opening most of them have.

Because this cream contains water, you must include a broad-spectrum preservative to ward off microbial growth. This is non-optional. Even with a preservative this project may eventually spoil as our kitchens are not sterile laboratories, so in the event you notice any change in colour, scent, or texture, chuck it out and make a fresh batch. 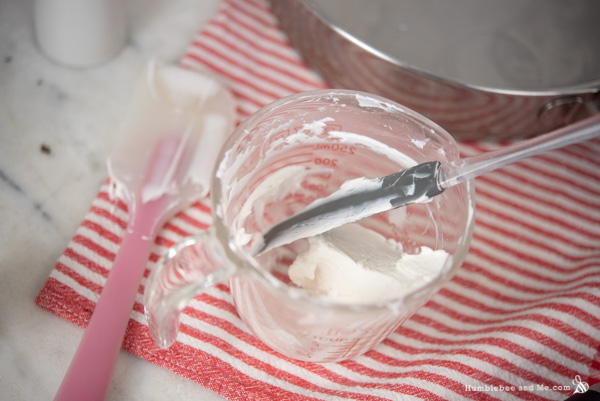 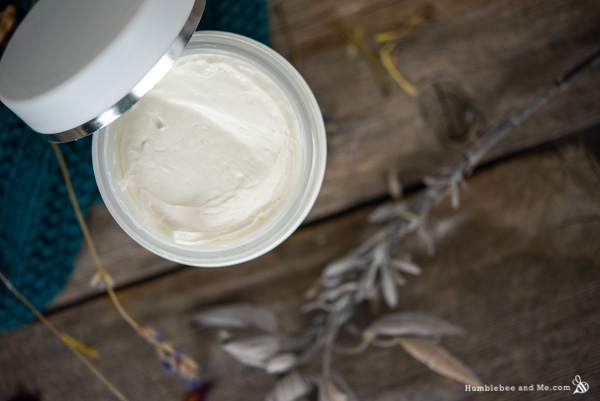