A few months ago I got to thinking about princess soap. Something the littler ladies would love. Something with a bit of sparkle and swirl, and some pretty colours. Something that would smell pretty and be perfectly at home with a Disney Princess shower curtain and toothbrush, but something grown-ups would love, too. This is what I came up with. 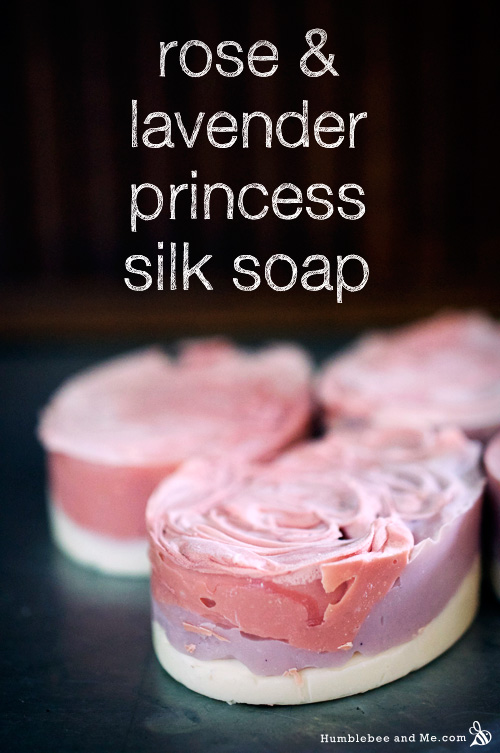 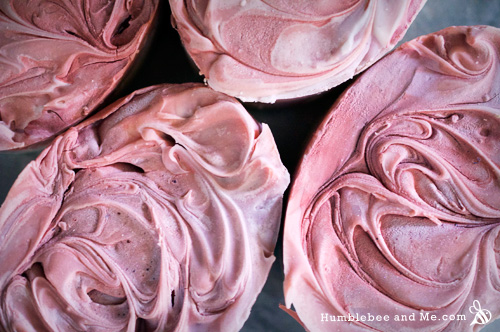 I started with the colours I wanted to use—pink, purple, and white (plus sparkle). I know not all little ladies love these colours, but little me sure did (and I have the photos of the dresses to prove it). Those colours quickly led me to and rose and lavender scent blend. As usual, the crazy high price of rose essential oil (close to $150/5mL at this writing) has sent me off towards fragrance oils. I don’t love them for a multitude of reasons, but it feels like a bit of a necessary evil with those prices. You are, of course, more than welcome to use the real thing if you can. Rose geranium essential oil is also a reasonably good compromise. 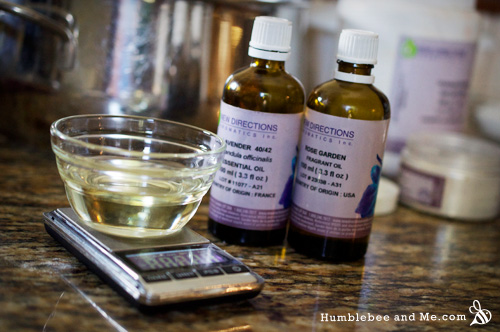 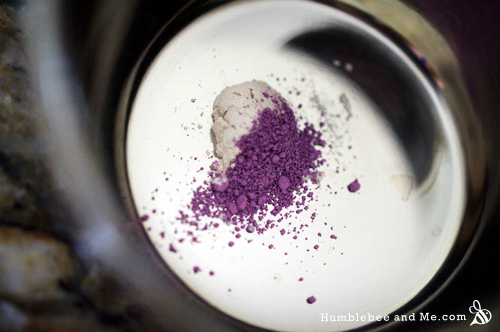 For colours, I used some iron oxides and titanium dioxide to get the three different shades I wanted. I aimed for roughly equal parts of each colour, but I wasn’t too concerned about it. Be sure to use an immersion blender to blend in the oxides for a nice, smooth colour (no immersion blender = clods of dry oxides in your soap). I ended up with a white part, a purple part, and a pink part. 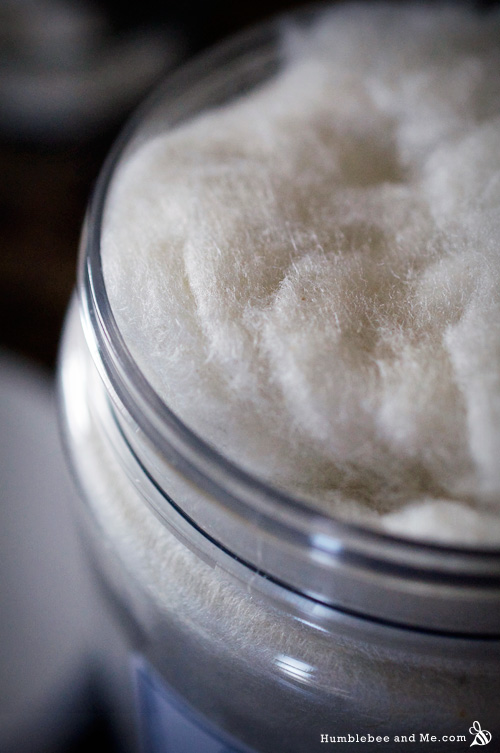 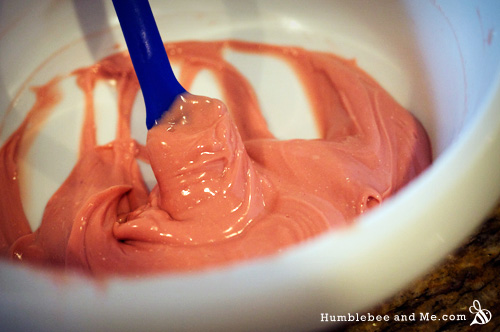 To top everything off, I blended some oxides with some silver mica and a bit of oil to give each bar a sparkly topping. I made these bars in my oval cavity mould, and since I brought the soap to a pretty thick trace I didn’t get quite the, err, precision, I was hoping for with the topping, but it still looks pretty cool. 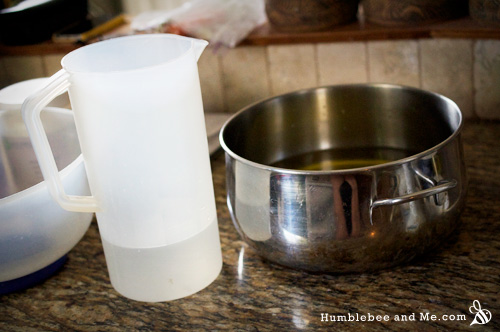 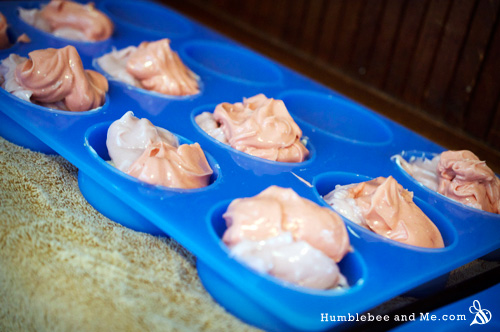 The final bars are colourful, sparkly, fragrant, and fun. My child at heart loves them 🙂 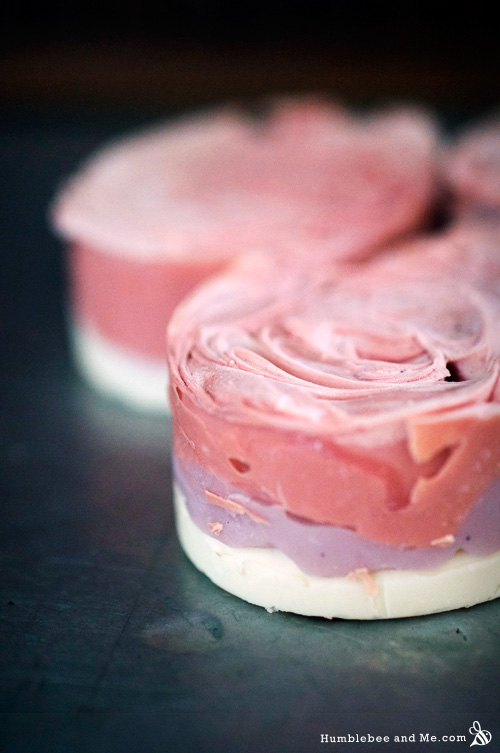 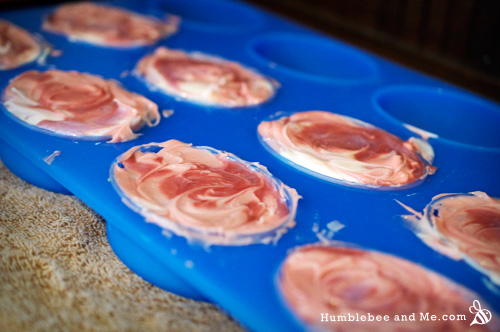 Once your soap batter has reached trace, blend in the clay and essential/fragrance oils. Then, divide the batter between three bowls, aiming for the portions to be roughly even.

I spooned a scoop of each colour into each mould cavity and gave them a gentle swirl with my spatula before smoothing/smooshing them down. If you’ve reached quite a thick trace you might consider a pot swirl (combine in a pot and gently swirl before pouring). Be sure to firmly rap your mould against the counter to knock out as many air bubbles as you can—this is especially important if your batter is very thick.

For the topping, drizzle the mica/oxide/oil mixtures lightly over the top of the soap, and then swirl with a toothpick.

Remember—even though this soap was designed with kids in mind, it’s still real soap and will sting if it gets into eyes. 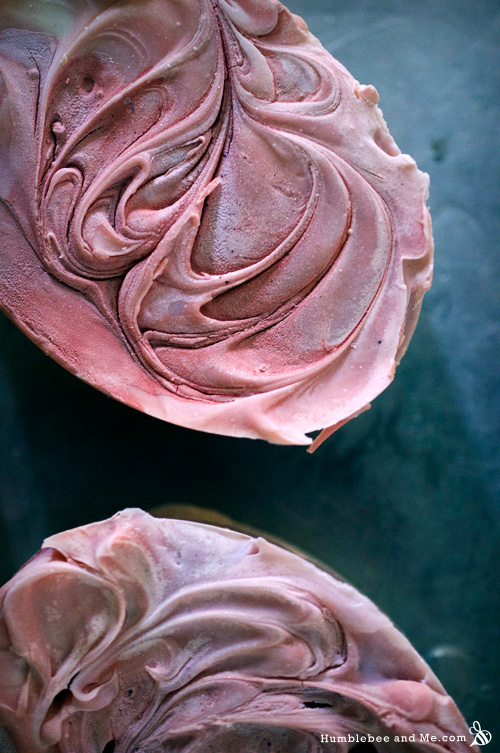 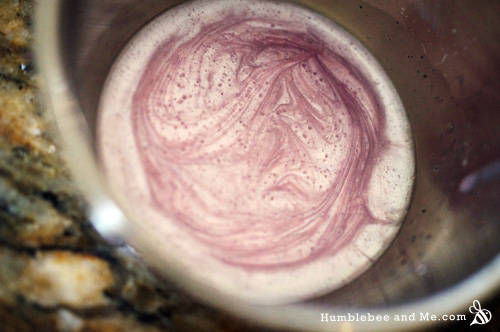