I was rather sad when my rosehip lip stain totally failed to do much of anything. It had so much promise! The name sounded so nice! The powder was so, so very pink! And I now had a bag of rosehip powder that I now had no other use for… at least the last problem could be solved. 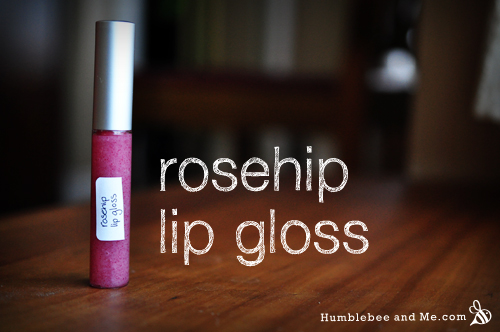 Rosehips grow all over here in Alberta. I can remember a rather tame field trip to a nearby wild bluff as a kid, where our teachers showed us a gigantic anthill, wild roses (our provincial flower), and rose hips. They invited us to try the rose hips, since they’re edible and all. One kid did (I’m fairly certain he also ate glue), and we all learned via his puckered up facial expression that they are downright sour. 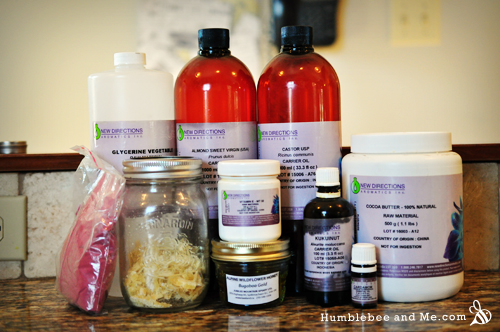 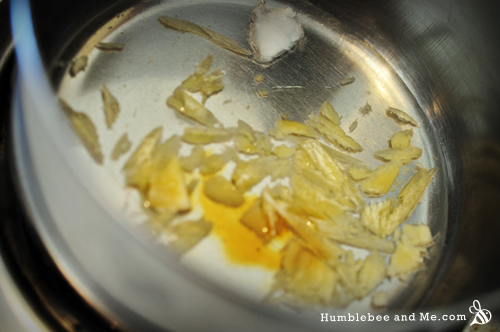 The closest I’ve come to eating a rosehip is getting a wee taste of a rosehip extract solution, and they are definitely sour, so I’ve added vegetable glycerine (USA / Canada) (which tastes sweet), as well as a touch of raw honey to my lip gloss to ward off any puckers and grimaces. 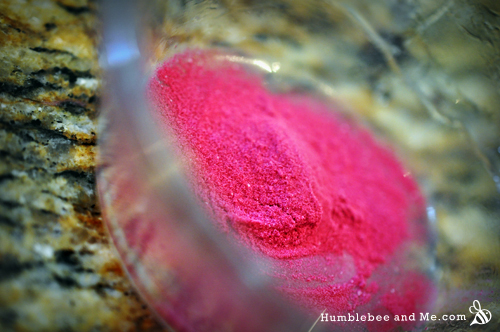 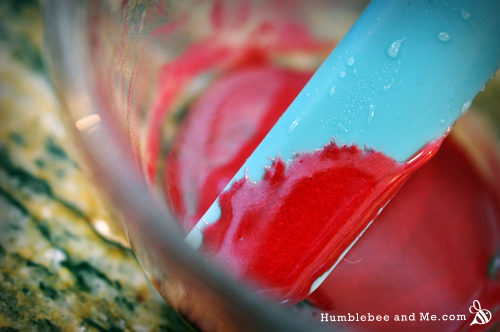 Despite being a pretty shade of bubblegum pink in the tube, this gloss goes on pretty much transparent (yet another testament to rosehip extract’s very weak colouring abilities). The little flecks of pink don’t effect the lip gloss or feel gritty, but they’re definitely not interested in dissolving. I think they’re rather pretty. 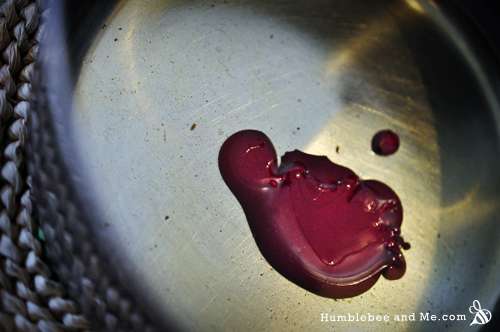 Just after adding the rosehip, honey, and glycerin mixture. 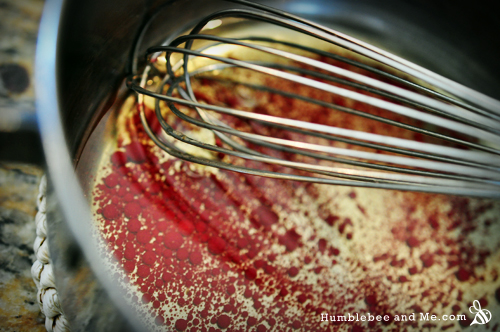 The start of whisking. Things look bad now, but have faith!

I added a few drops of cardamom essential oil to the final product, but if you like floral scents/tastes around your mouth, those would work brilliantly as well. 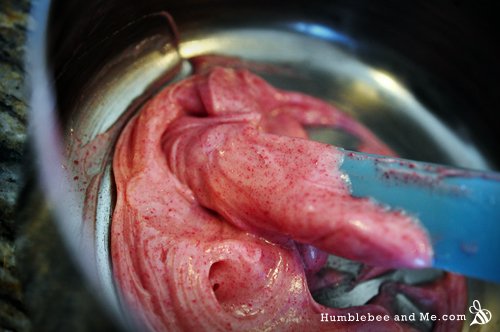 We have emulsion success!

Melt the oils together in a saucepan over low heat.

While they melt, combine the vegetable glycerine (USA / Canada), honey, and rosehip extract. Warm in the microwave a little as necessary, stirring to combine. You will end up with a fairly viscous, bright pink mixture. Take care not to overheat the mixture in the microwave or you’ll cook the raw honey.

Once the oils have melted and the glycerin part has combined, whisk the two parts together, whisking as they cool. When the mixture is still warm the pink mixture will just bead up refuse to incorporate. No worries, just keep whisking. Once at room temperature, you’ll have a thick, pink mixture. The glycerin acts as a surprisingly effective emulsifier here—I’ve got a tube of lip gloss I made over two years ago that is still emulsified and has not spoiled.

Decant into squeezy tubes or hard tubes with a wand lid (a syringe or funnel helps greatly here) and enjoy!