I’m pretty darn proud of my Scottish heritage. It allows me to love plaid, defend haggis an an actual food item, and sincerely enjoy the sound of the wailing bagpipes. It has led me to half a dozen or so years of highland dance lessons, and on two summer (could have fooled me…) trips to Scotland. I feel it also adds a bit of fuel to my love for shortbread. Ah, shortbread. 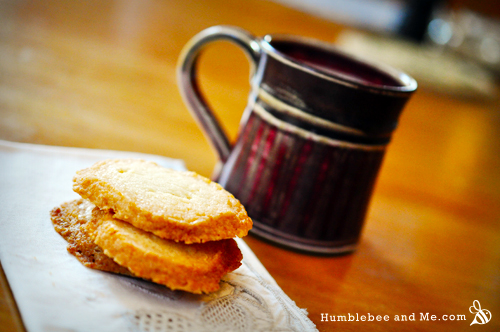 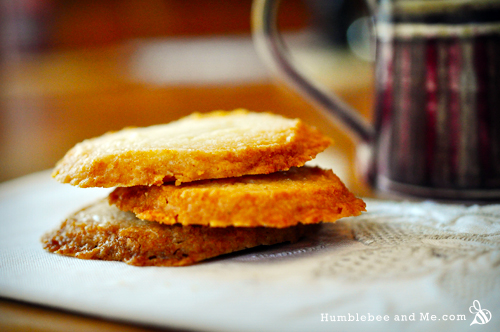 Beyond shortbread’s rich, crumbly deliciousness, I also love the tins it comes in. They’re adorable. All wee and plaid, in cute shapes, and always rather heavy with butter and promise. And you can get them in crumbly stick, and they always show up at Christmas potluck buffets. And if you’re me, you might just hang around until the end of the party with the hope of making off with the tin and any leftover shortbread (no? That’s just me? Ok…). 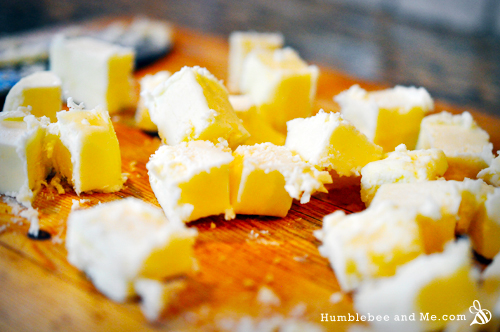 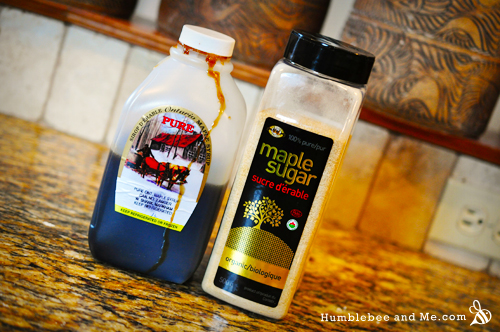 Anyhow, I got this recipe from an old Scottish lady I interviewed for a 7th grade social studies project… and she got it from the cornstarch box. Ha. She actually cut out that step of giving me the recipe and just said “aye, I just use the one on the cornstarch box”. Alrighty then. That was both easy and a bit of a letdown as I’d been hoping for a copy of a weathered family recipe card. 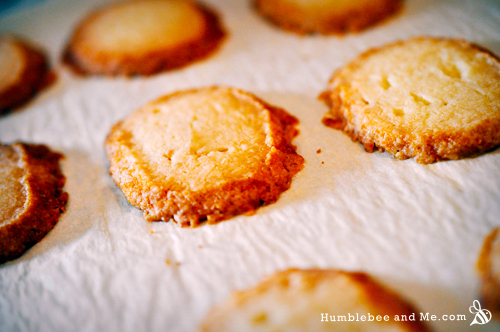 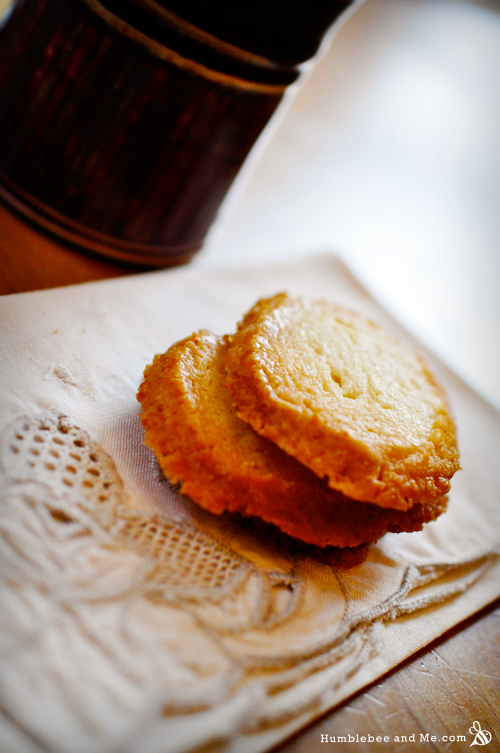 Well, since the 7th grade I’ve made a few changes. They’re good changes, I promise. I started off by deciding to infuse the shortbread with a bit of Canadiana. After all, Canada has heaps of proud Scottish heritage. Both Calgary and Banff are named for Scottish towns of the same names (among many other Canadian towns, cities, and lakes), and it’s not a Canadian tourism video if there isn’t at least one shot of a dude playing the bagpipes. Anyhow, maple syrup was the obvious choice for my Canadian flavour infusion. Be sure to use the super dark stuff so you get loads of maple-y flavour without too much added moisture. I also encrusted the shortbread with maple sugar, because it’s delicious. 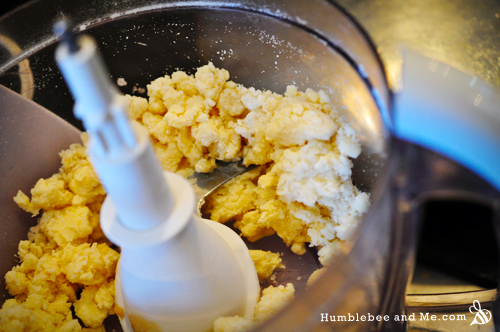 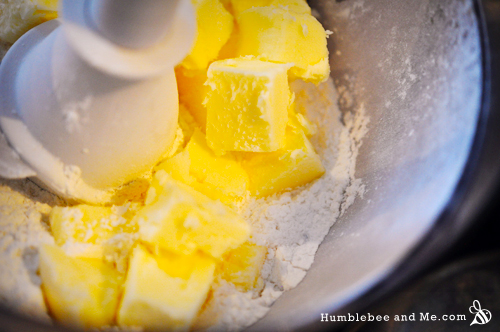 When I went to grab the precise recipe off the cornstarch box recently, I was surprised to find it wasn’t there anymore (I suppose it has been well over a decade…). Anyhow, I set off to find it via Google, and was surprised to find that putting cornstarch in shortbread is considered to be a very Canadian thing. How interesting, I had no idea—it’s so commonplace here, and works so well to produce delicate, crumbly shortbread that I assumed everybody did it. 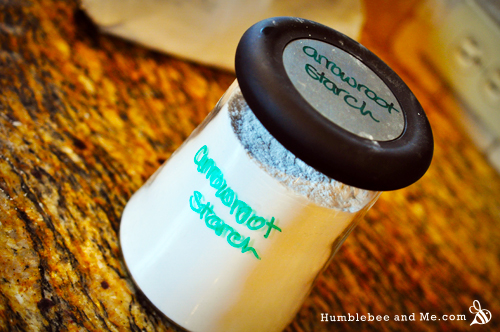 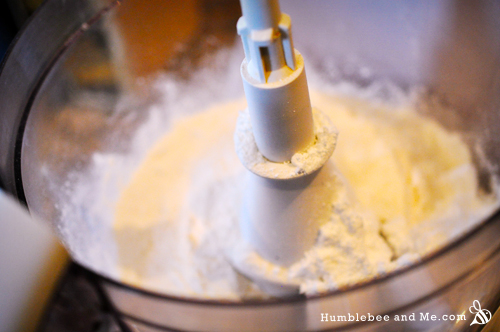 Anywho, I decided to replace the cornstarch with arrowroot starch. You’re welcome to use cornstarch if you like, or if it’s all you’ve got, but arrowroot starch has a lower glycemic index, and is far less likely to be genetically modified (though, of course, there’s a good chance your icing sugar has a bit of cornstarch in it as an anti-caking agent, so watch for that if you’re really fussed). I’ve also always had a soft spot for arrowroot biscuits, despite never being able to quite recreate their characteristically delicious flavour. 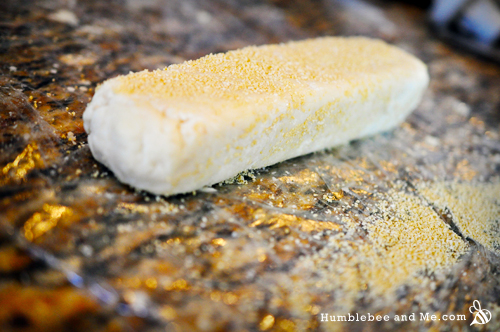 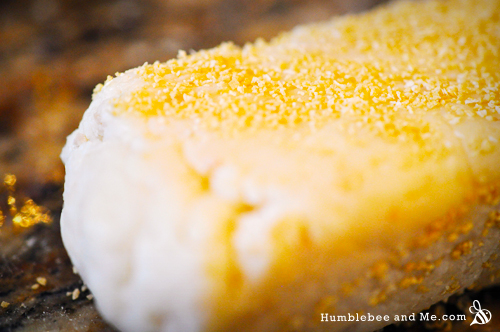 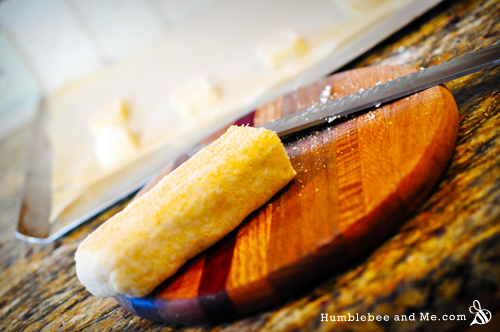 The final shortbread biscuits are just divine. Sweet, and buttery, with a delicious hint of maple. Perfect with a spot of tea… or a wee dram of scotch 😉 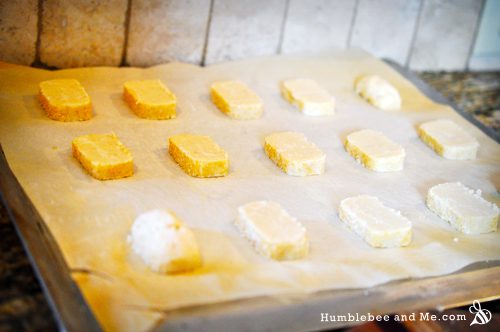 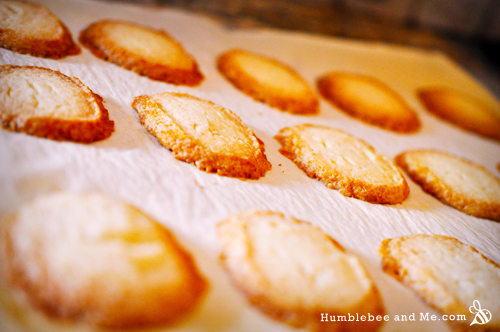 Blend the arrowroot starch, icing sugar, and flour together in a food processor.

Add the butter, maple syrup, and vanilla, and pulse until you have big clods of dough.

Turn the dough out onto a sheet of clingfilm and form it into a log, square or round.

Sprinkle the clingfilm with maple sugar and press it into the log, coating it. Once that’s all done, wrap it up in clingfilm and chill for at least 20 minutes, and up to 24 hours.

When you’re ready to bake, preheat your oven to 300°F and line a baking sheet with parchment paper.

Slice the log of dough into 1cm (1/3″) slices. Place the slices on the cookie sheet and bake for 20–25 minutes, until lightly browned.

Let cool on the cookie sheet for 10 minutes before moving to racks to cool completely. Enjoy! 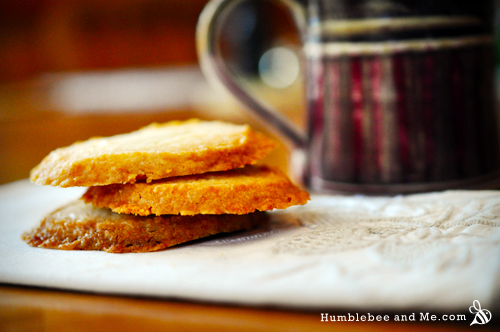 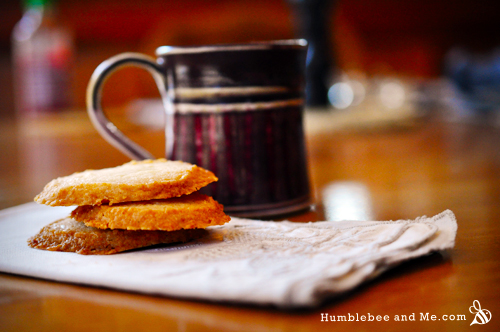