This simple formula stars a few beautiful plant-sourced oils to create a vitamin rich, antioxidant packed, anti-inflammatory skin serum. With its velvety skin feel, soft nutty scent, and rich slip it’s become a quick favourite in my nightly skincare routine. Like all oil serums it’s pretty simple to make, too—we’re merely mixing together a few beautiful oils. After that it’s all about letting the ingredients shine as part of a medley of fantastic plant-derived goodness.

If you’ve been hanging out in DIY/natural skin care circles for long, you’ve almost certainly read about sea buckthorn oil and how amazing it is. How it’s rich in vitamins, loaded with beta-carotene, and is very likely the thing standing between you and the glowing skin you’ve always dreamed of. So you order some! And whoa—they weren’t kidding about that beta-carotene. Did you accidentally order a bottle of highlighter ink? Wowza. You try a drop on your arm. Despite your best efforts to blend it in, you now glow with the light of a thousand tanning beds. Hmm. This isn’t quite the glow you had in mind. 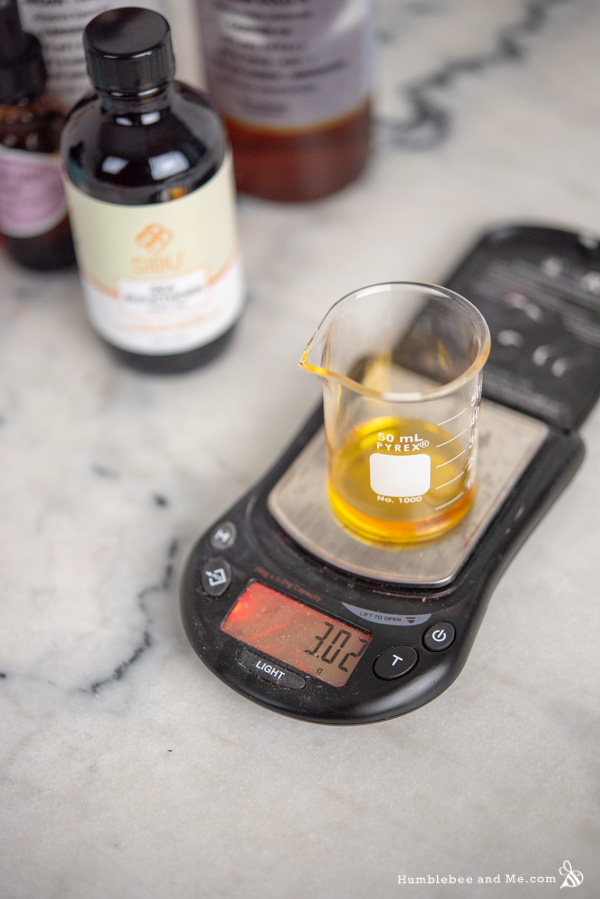 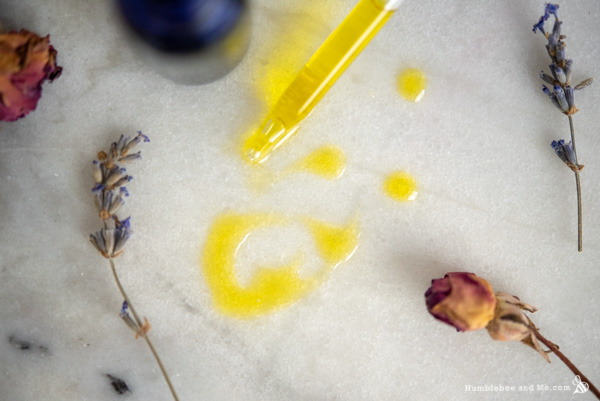 I’ve owned several bottles of sea buckthorn oil over the years, both fruit and seed. The fruit oil seems to be the most common, and is definitely the most orange. I’ve got a bottle of the stuff right now that can’t be used much higher than 1% without compromising the skin tone of the end user! The seed oil is typically more useful, with significantly less of an orange punch, but it’s usually still pretty potent. 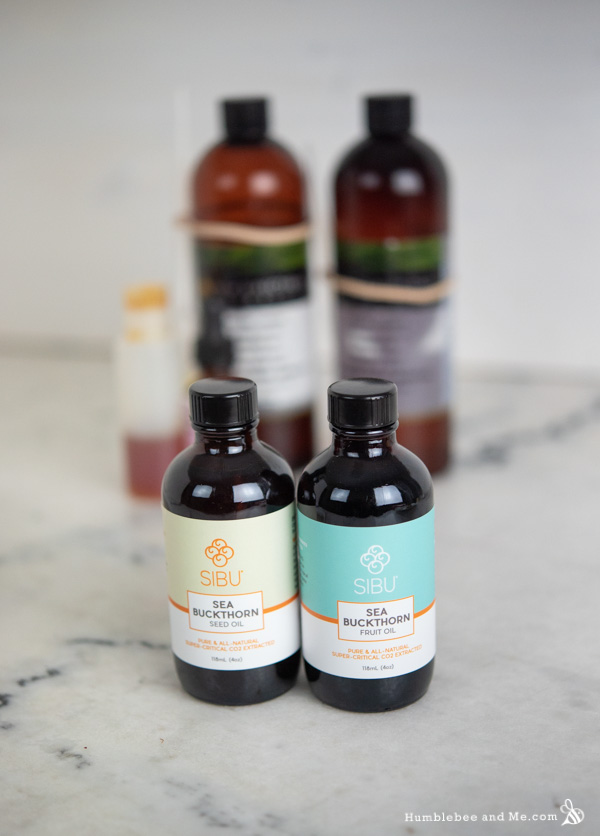 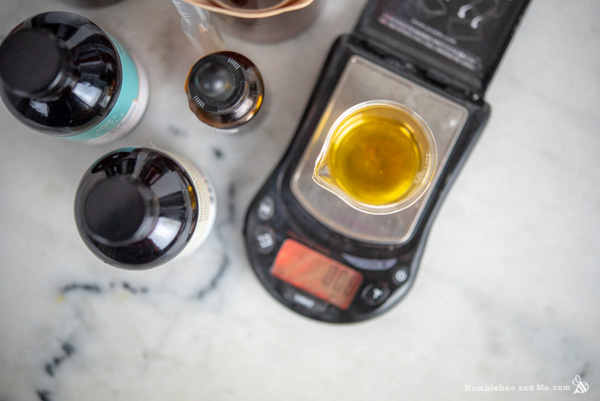 As you can probably guess from the names, the fruit oil is pressed from the pulp of the sea buckthorn berries themselves, while the seed oil is pressed from the seeds, which contain up to 12.5% oil (source). The fruit oil, being vibrantly orange-red, is very rich in carotenoids and contains more omega 7 fatty acid (palmitooleic acid) than any other vegetable oil at 30–35% (source). The seed oil is rich in tocopherols (vitamin E) and plant sterols, as well as omega 3, 6, and 9 fatty acids (source). While both oils can be used on the skin, the vibrant orange factor of the fruit oil makes the seed oil much easier to use. 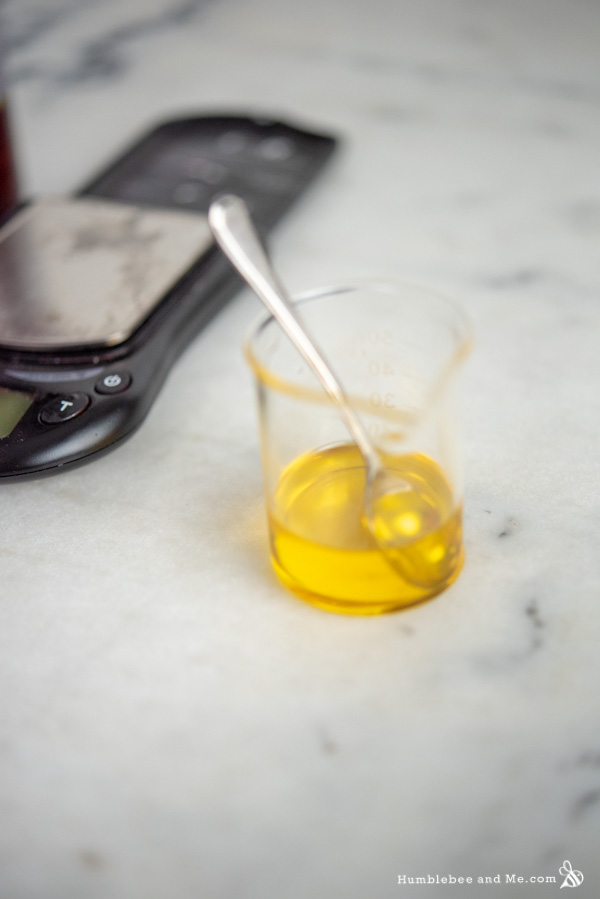 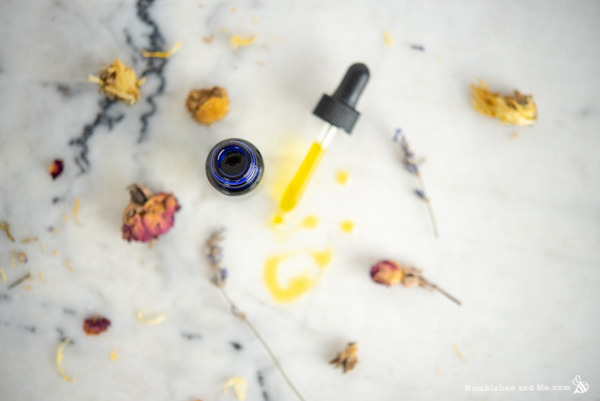 The sea buckthorn oil I’m using today is SIBU brand, and was a gift. SIBU sea buckthorn oil is harvested in the Himalayan highlands, and the company takes care to harvest sustainably—both environmentally and socially. Their products are fair trade—they employ local women to harvest the berries using traditional methods and pay them well, and after the harvest the berries are carefully processed to maintain as many nutrients as possible. If you want to learn more about their brand and products you can do so here. The oils were gifted, but SIBU has not paid me to share this post or create this recipe—all thoughts & impressions are my own.

Save 25% on sea buckthorn oil and everything else at SIBU with coupon code HBAM25
Code expires September 24, 2019. Cannot be combined with other promos/codes. Canadians are asked to call SIBU directly at 1-800-710-7428 to redeem. 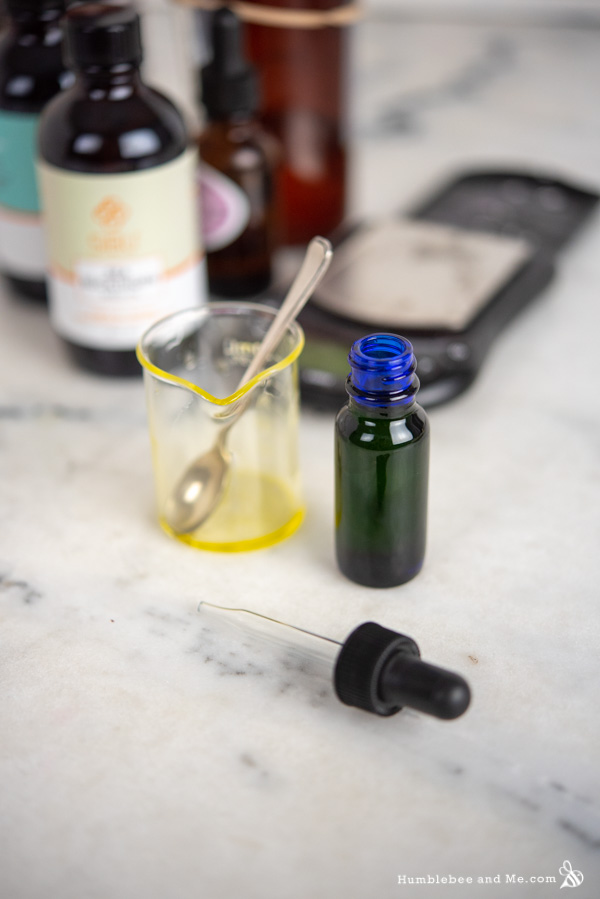 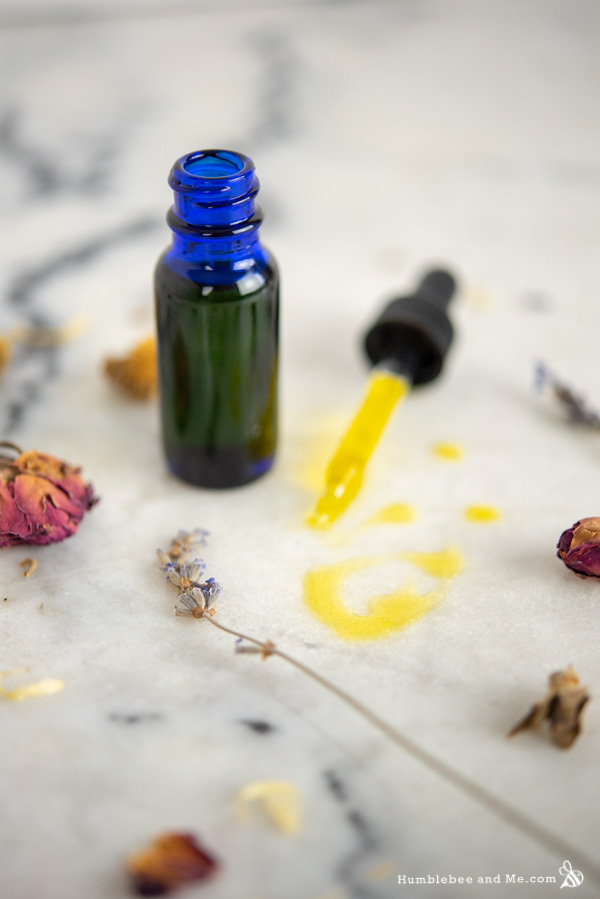 Fun fact: The botanical name for sea buckthorn is Hippophae rhamnoides. “Hippophae” is from the Greek “hippos” (horse) + “phaos” (shiny) as the ancient Greeks used to feed sea buckthorn to their horses to make their coats shiny! (source)

The rest of the oils in this blend compliment the sea buckthorn seed oil nicely. There’s some nutty, antioxidant rich argan oil, some anti-inflammatory red raspberry seed oil, and silky jojoba oil, which is high in vitamin E. The finished serum is a light, golden yellow that doesn’t colour the skin at all. It has a slightly nutty scent, and a soft, satiny skin feel. Try it at the end of your skin care routine, after all your watery serums. I think you’ll love it!

Weigh all the ingredients into a 15mL/half ounce glass bottle with a dropper top. Cap, and shake to combine. That’s it!

To use, smooth a few drops over your skin after your watery serums and actives.

Because this serum is 100% oil based, it does not require a broad-spectrum preservative (broad spectrum preservatives ward off microbial growth, and microbes require water to live—no water, no microbes!). Kept reasonably cool and dry, it should last at least a year before any of the oils go rancid. If you notice it starts to smell like old nuts or crayons, that’s a sign that the oils have begun to oxidize; chuck it out and make a fresh batch if that happens. 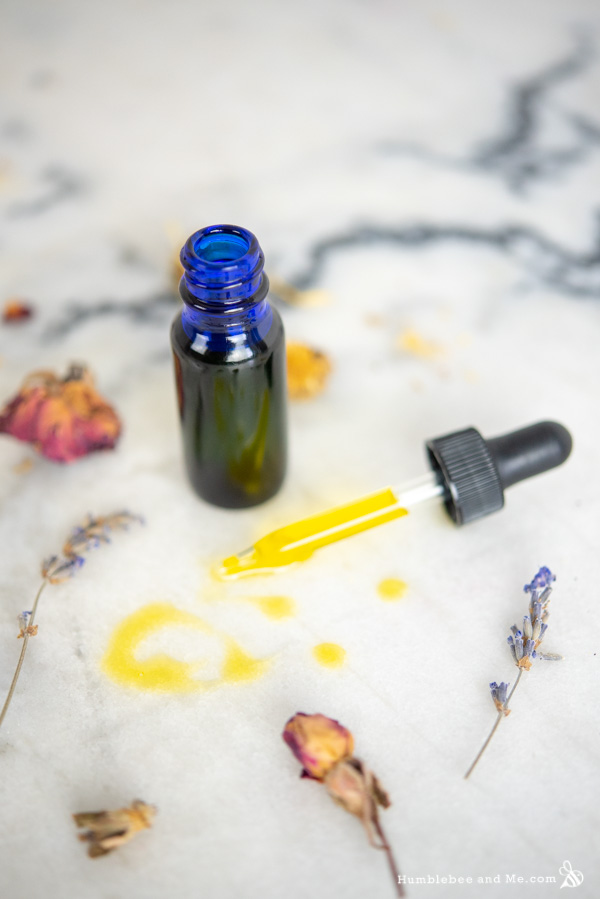 The sea buckthorn seed oil was gifted by SIBU.