This Second Skin Cream Foundation was borne of some very early morning I-can’t-sleep-any-more YouTube makeup tutorial watching. Being the sucker I am for all things Kate Winslet I clicked on a thumbnail for a tutorial titled “Trying to do my makeup like the movies… so you can’t see it” from RawBeautyKristi (the thumbnail featured a shot of Kate in The Holiday). I then proceeded to watch, mesmerized, at 5:30 am, as Kristi expertly transformed her face into seemingly makeup-free perfection. The product in the video that really caught my attention was the foundation she used—a cream product from RCMA. As Kristi worked her expertise application magic, exclaiming over how the product was ultra skin-like, I knew I needed to know more. To the Google!

My sleep-addled brain was halfway to ordering one of their five-shade mini palettes out of the USA before I took a look at the ingredients and boooooooyah—they were really simple! The base is a simple combination of isopropyl myristate (IPM) and castor oil that’s thickened with a combination of carnauba wax, candelilla wax, and ozokerite, plus a preservative (Propylparaben), antioxidant (BHT), and a pigment-dispersing/spreading agent (Sorbitan Sesquioleate). After that came the “may contain” list of all the pigments used across the product line—powder foundation in every colour imaginable, basically. 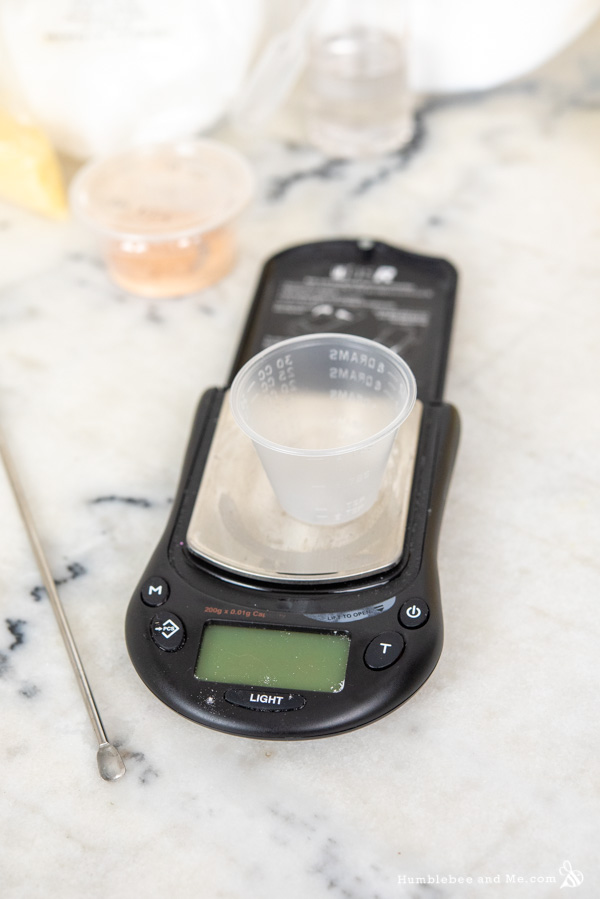 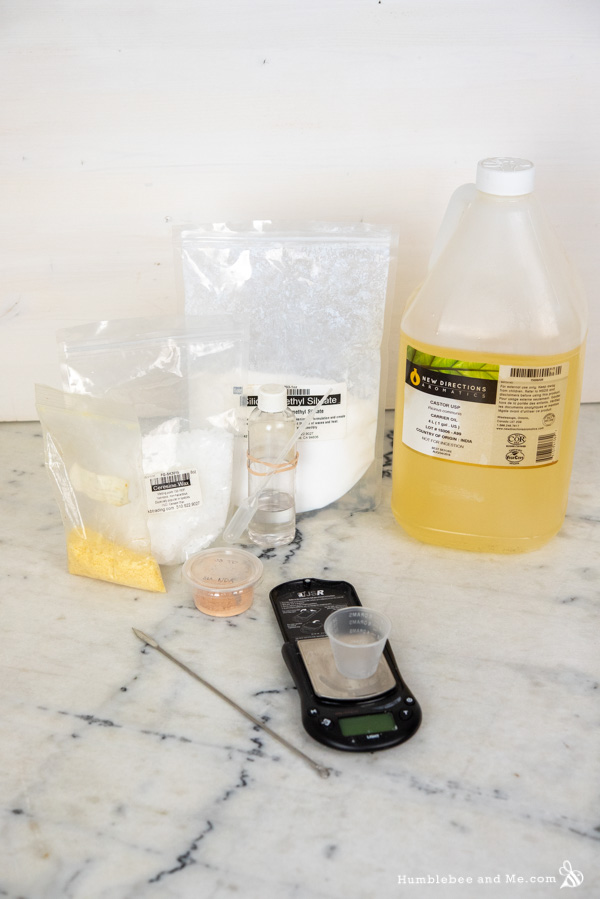 I quickly drafted up a formula and was measuring and melting up a storm in my studio well before 7 am.  Thanks to my previous experiments with waxes I was able to hit on a good balance of liquid to thickener to mineral makeup quite quickly. I used some of my custom-blended mineral makeup from my book, Make it Up: The Essential Guide to DIY Makeup and Skin Care, to instantly and easily create a bang-on colour match. 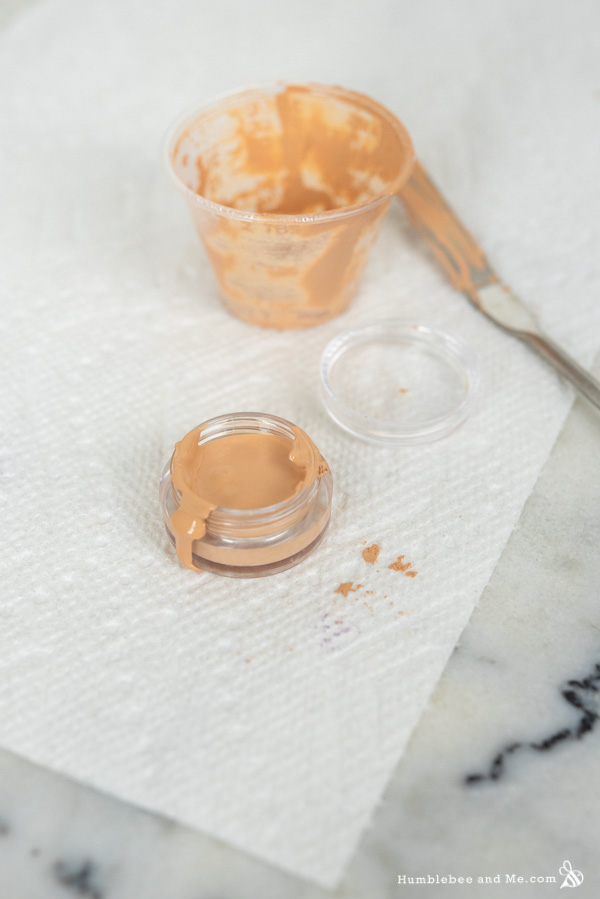 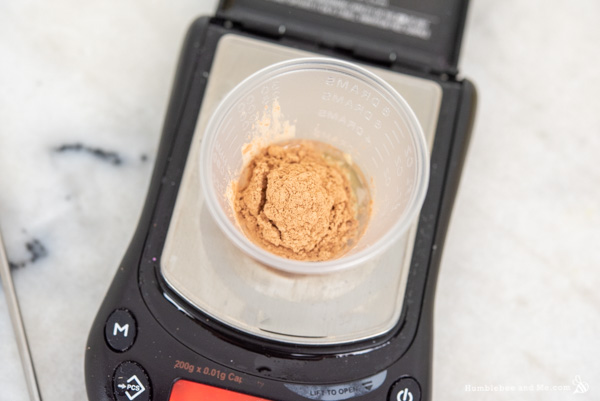 My ingredient list is fairly similar to the original. I kept the isopropyl myristate (IPM) and castor oil, but I did change the waxes a bit. I dropped the carnauba wax in favour of more candelilla wax as I find them to be very similar, and I chose ceresine wax instead of ozokerite wax as I find ozokerite to be quite irksome to melt. I also dropped the preservative as there’s no water in the formulation, and used vitamin E for an antioxidant instead of BHT. For a bit of additional fun, I also included some Silica Dimethyl Silylate (SDS)—a product I purchased ages ago from TKB Trading and have had a ton of fun playing with! I really recommend giving the Humblebee & Me Encyclopedia entry on it a read, but the general gist of it is that it thickens oils, helps reduce pigment settling in cosmetics (into fine lines and whatnot), and reduces the oily feeling in things. It has a few characteristics in common with silica microspheres, but if you love making colour cosmetics I would highly recommend having both! 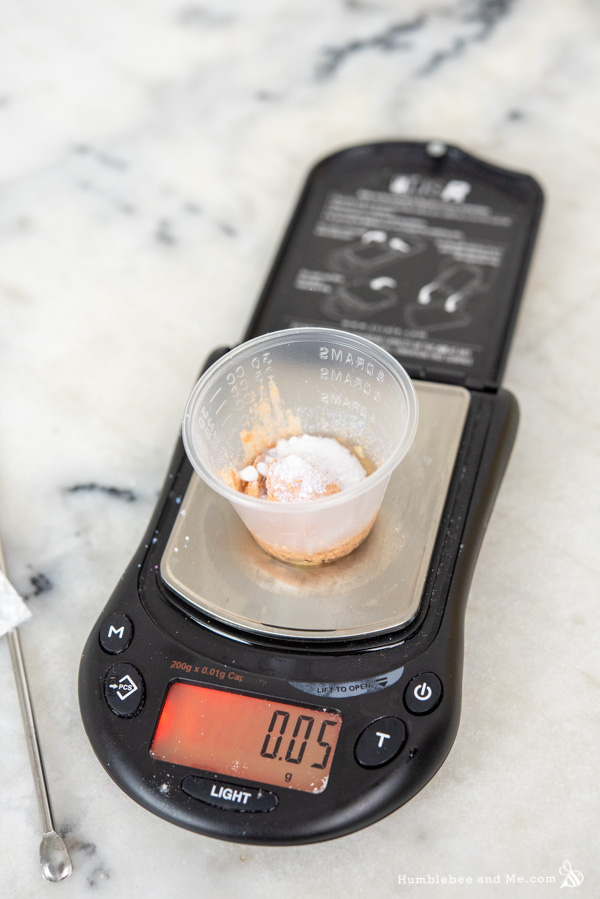 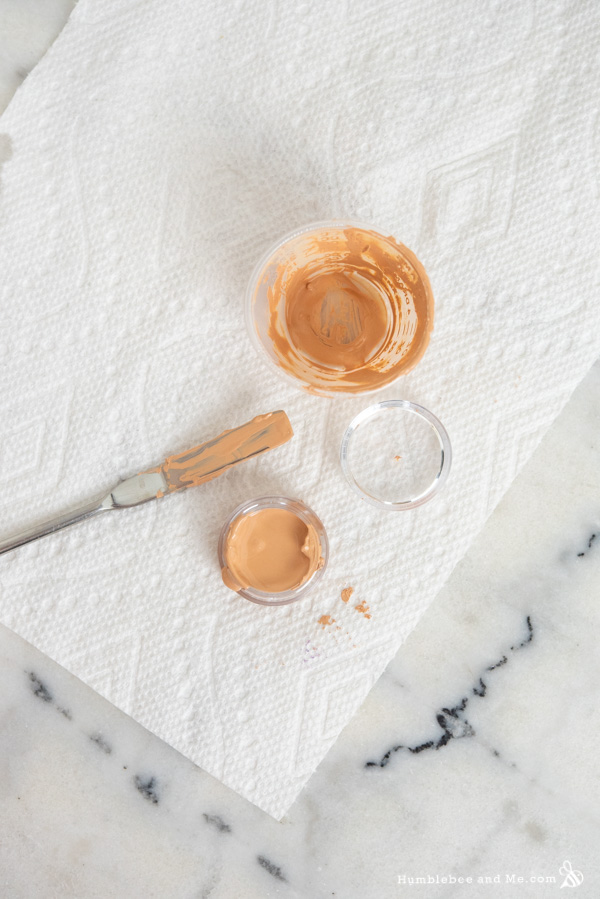 Making this is very simple—we’ll gently melt everything together (stirring in the vitamin E once it’s off the heat), stir to combine thoroughly and pour it into a wee jar to set up. The 5g batch I made months ago is still going strong, with barely a dent in it, so you’re going to want a very precise scale here (0.01g precision) so you don’t make a two year supply of foundation in one fell swoop. 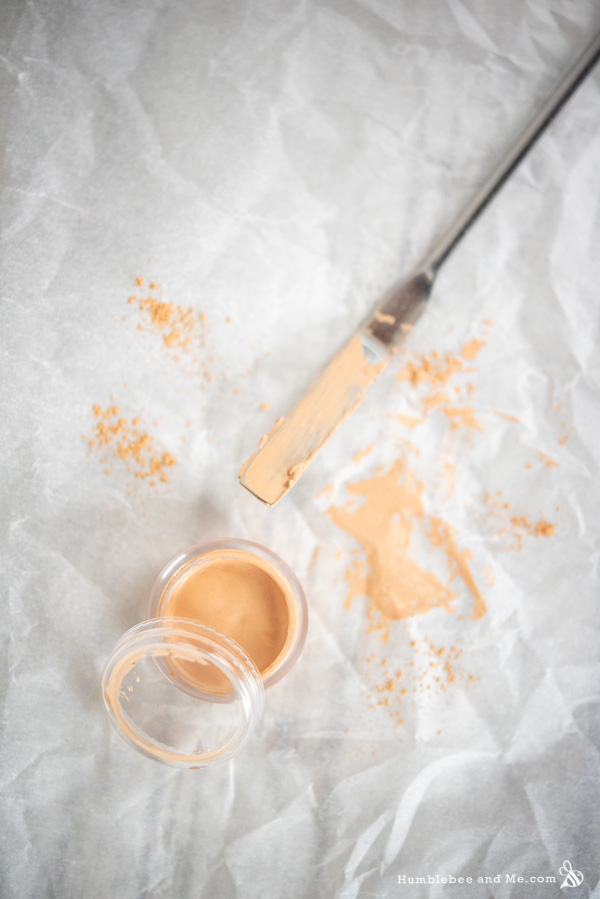 When it comes to application I’d recommend gently working it into the skin with your fingertips. I also experimented with brushes and sponges, but I find the finger application gets the most skin-like look in the end, really helping the product melt into the skin. I hope you enjoy this Second Skin Cream Foundation as much as I do!

Want to see this foundation in action?

Prepare a water bath by heating about ~0.7–1cm of water until it’s just steaming in a wide, flat-bottomed sauté pan.

Weigh the heated phase ingredients into a small plastic mixing cup (USA / Canada). You could also use a small glass bowl or beaker, but I find I like the little disposable cup—the small scale is great for a small batch, the shape and flexibility are great for smashing everything around with a small metal spatula, and I can squeeze the edges when pouring to create a bit of a spout.

Place the measuring cup in your prepared water bath to melt everything through. You’ll want to stir as it melts (maybe three or four times—it doesn’t need to be constant) to make sure everything has melted and break up any clumps.

Once the mixture has melted through you’re ready to move onto the next step. Make sure you have your container ready (I recommend a little 5mL jar or a makeup pan) and your scale turned on. Remove the melted makeup from the water bath, quickly weigh in the vitamin E, stir to combine, and pour it into the jar. I find this sets up pretty quickly so only the first ~70% of the pour will be nice and smooth, and after that, you’re scraping out soft-solid blobs and dropping this in on top. If you’re not fussed about the appearance of the surface (which’ll be pretty well mussed up once you’ve used it a few times) you can leave it as-is, but if you want a smoother top you can blast it with a hot hairdryer to re-melt the surface and rap it sharply on your counter to even out the surface (I recommend wearing hot mitts if you’re holding the wee jar as I did [it was so light the hairdryer blew it away if I didn’t hold it, ha]).

To use, work tiny amounts of the foundation into your skin with your fingertips, layering it up to build coverage as needed (brushes & sponges also work, but I like finger application best for this foundation). Enjoy!

Because this cream foundation is 100% oil based, it does not require a broad-spectrum preservative (broad spectrum preservatives ward off microbial growth, and microbes require water to live—no water, no microbes!). Kept reasonably cool and dry, it should last at least a year before any of the oils go rancid. If you notice it starts to smell like old nuts or crayons, that’s a sign that the oils have begun to oxidize; chuck it out and make a fresh batch if that happens. 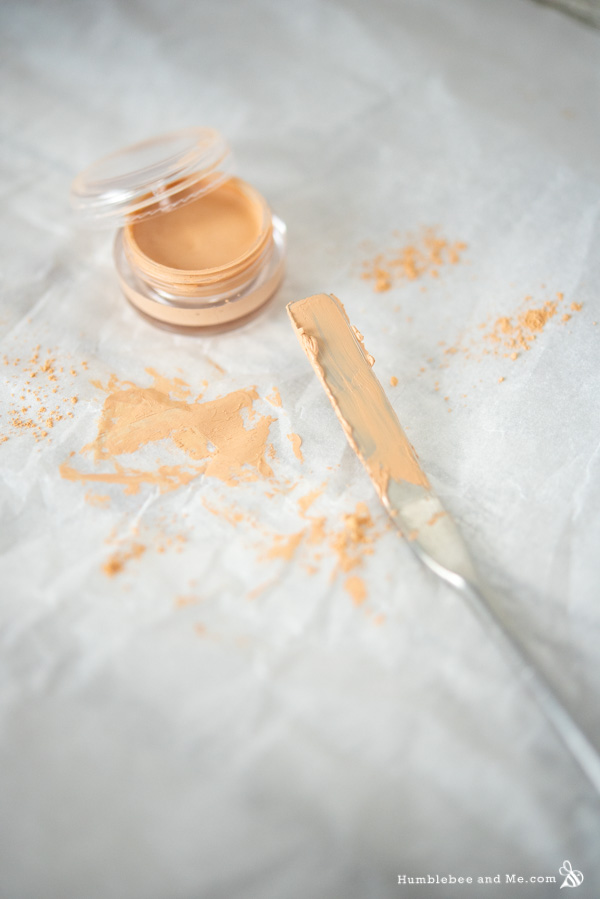