This snowflake theme has images of pearly white things and glitter dancing in my brain, so sugar scrub nuggets—with lovely bits of sparkly sugar—were an absolute must. These adorable little nuggets are brilliant for gifting—pop ’em in a cute cellophane bag with a nice bit of white ribbon for an adorable stocking stuffer, or perhaps as part of a larger snowflake themed gift set (heavens knows we’ll have more than enough recipes for that by December!). You’re guaranteed to make the day of anyone who needs a bit of time to chill in the bath and just needs a bit of an excuse to pamper themselves—and what’s a better excuse than some homemade Snowflake Emulsified Scrub Nuggets?!

After using my Pumpkin Spice Scrub Nuggets for a couple weeks I decided to tweak the base for these ones to make them a bit firmer, and with a slightly higher melting point. We don’t want them to be too hard—once we get there they don’t melt and emulsify well, and become a drain clogging risk. However, if they’re too soft they can be hard to gift and if they’re inadvertently stored near a heating vent they may cease to become scrub nuggets and instead become scrub puddles 😂 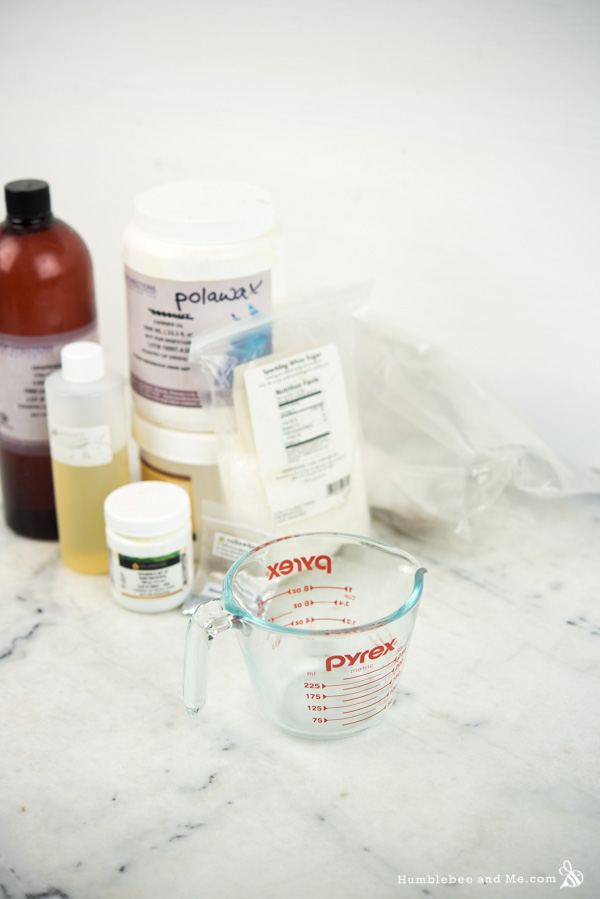 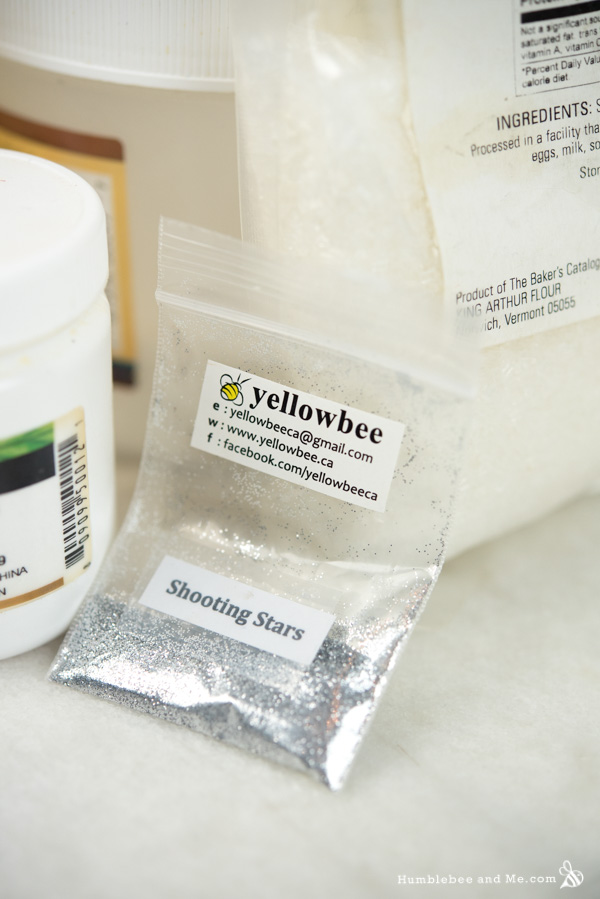 Maria sent in a recipe request with a link to some adorable little cube-shaped sugar scrubs, and I loved the look, so I attempted to emulate it. Emphasis on “attempted”, haha. I poured the batter into a flat bar mould and then sliced it into wee “cubes”, but the viscosity of the batter at the time of pouring (viscous enough to keep the sugar in suspension) meant the top of the bar was far from smooth, giving these a much more… rustic… look. You’re definitely welcome to use any kind of mould you want, just be sure to keep the nuggets to no larger than a single use size (about 20g), because once they’re wet they either need to be finished or thrown away. 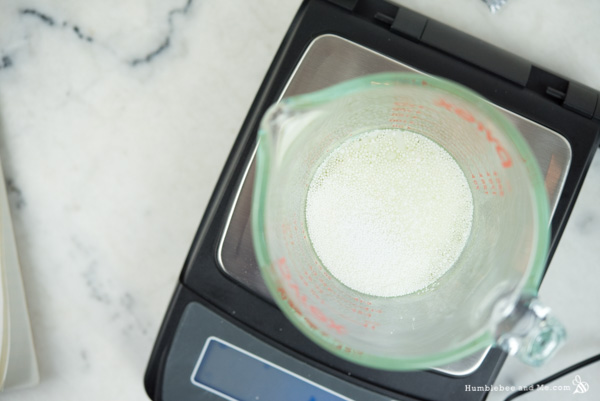 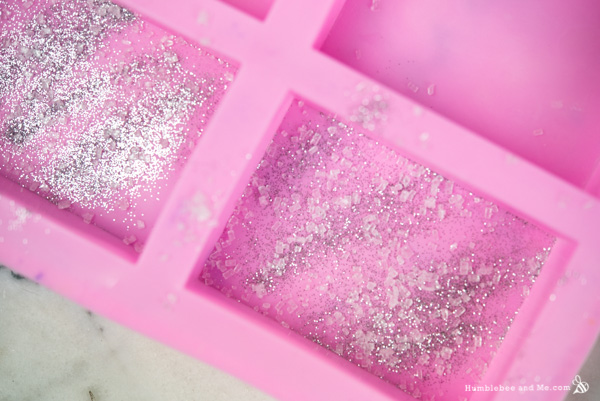 In keeping with our Snowflake theme these scrubs are unscented, with the emphasis being placed on sparkle instead! I’ve added a sprinkle of sparkle sugar and a touch of silver glitter to the top and bottom of these nuggets to make ’em sparkle like a snowflake. Both are technically optional as they are really just decorative (though the sparkle sugar will add some more scrubby action), but I love the added glitz ❄️ 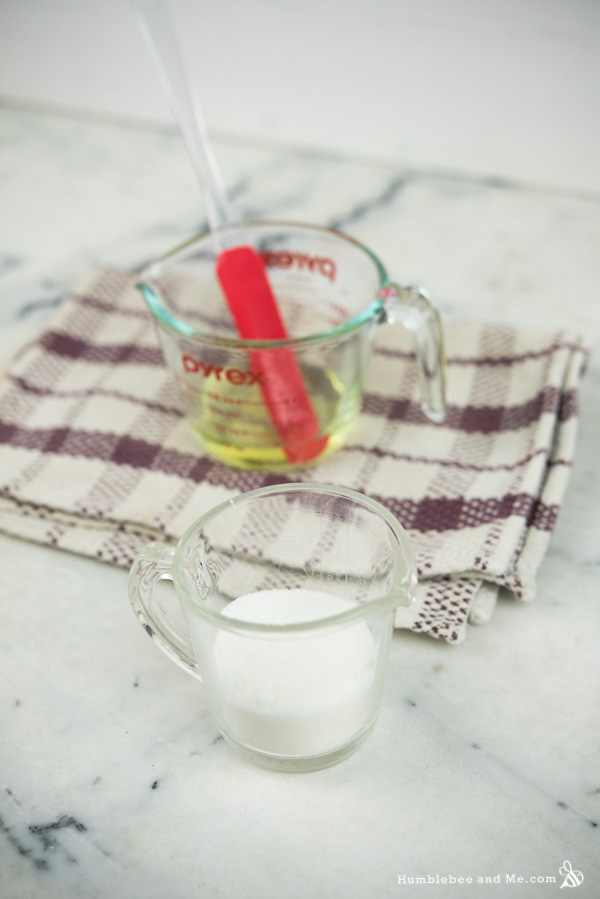 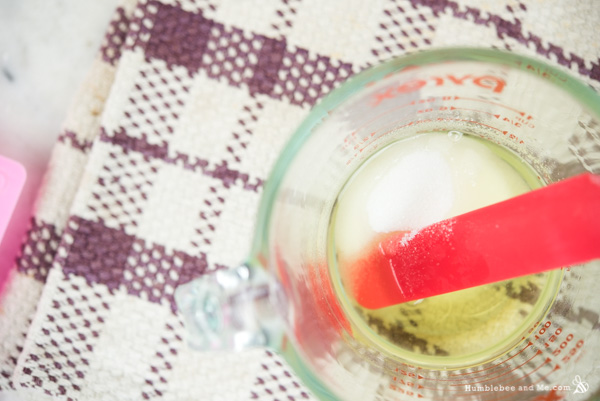 If you want to scale the recipe to make more, simply multiply up the weights of everything. The amounts of sparkle sugar and glitter you’ll need will vary with the surface area of your mould(s), so that’s a bit harder to predict, but you won’t need all that much of either since it’s just garnish. Now—let’s get scrubby! 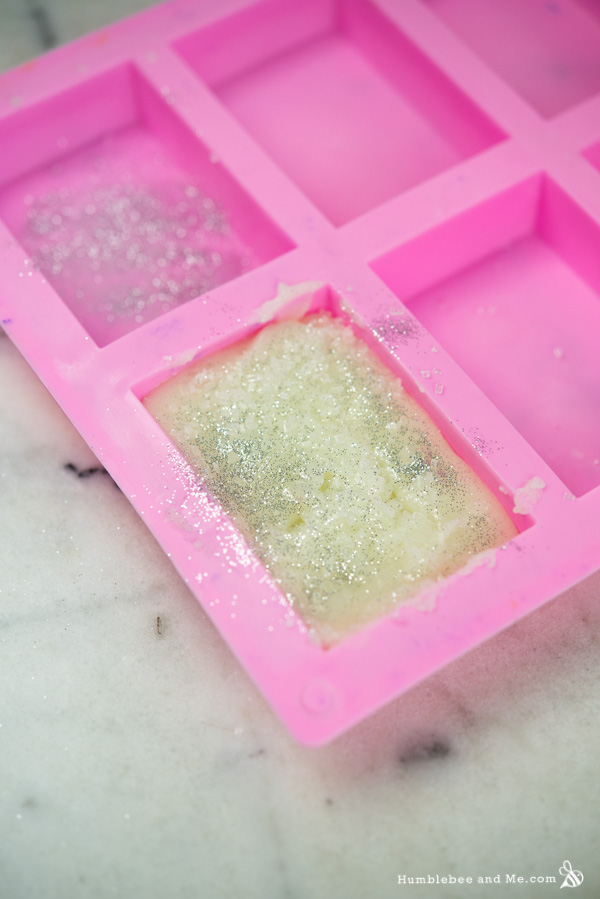 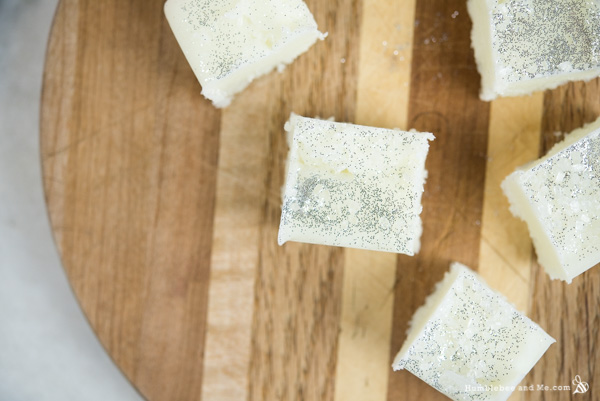 Weigh the polawax, polysorbate 80, rice bran oil, stearic acid, and cetyl alcohol into a small heat-resistant glass measuring cup. Place the measuring cup in your prepared water bath to melt everything through.

While the mixture melts, prepare your mould by sprinkling some glitter and sparkle sugar across the bottom of it.

Once everything has melted through, remove the measuring cup from the heat, dry it off, and stir it occasionally as it cools (an ice bath will help speed this along, though you’ll have to stir constantly if you go that route lest it set up solid before you can pour it!). As it cools, prepare your mould by putting it on a plate so you can easily carry it to the fridge (this is especially important for floppy silicone moulds!).

When the mixture has a bit of viscosity to it, stir in the vitamin E and granulated sugar. Keep stirring occasionally as the mixture cools (again, you can use an ice bath here, just be sure to stir constantly), until it has enough viscosity that the sugar doesn’t immediately settle out. At that point, pour it into your mould, sprinkle the top of the scrub nuggets with more glitter and sparkle sugar, and then quickly transfer the mould to your fridge to chill.

After about twenty minutes the nuggets should be all set up, though this will depend on the size of each nugget. Once they’ve set up, release them from the mould, taking care to handle them as little as possible—they melt quite readily on contact with skin!

Because these scrub nuggets do not contain any water, they does not require a broad-spectrum preservative (broad spectrum preservatives ward off microbial growth, and microbes require water to live—no water, no microbes!). Be sure to keep it dry to ensure it lasts as long as possible—don’t let any water get into the container and it should easily last a year. Each nugget is a single-use thing, so choose your mould size accordingly. Once the nugget gets wet, use it all up in one go! 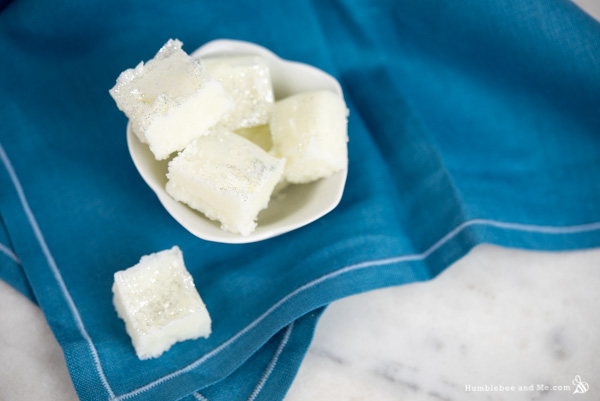 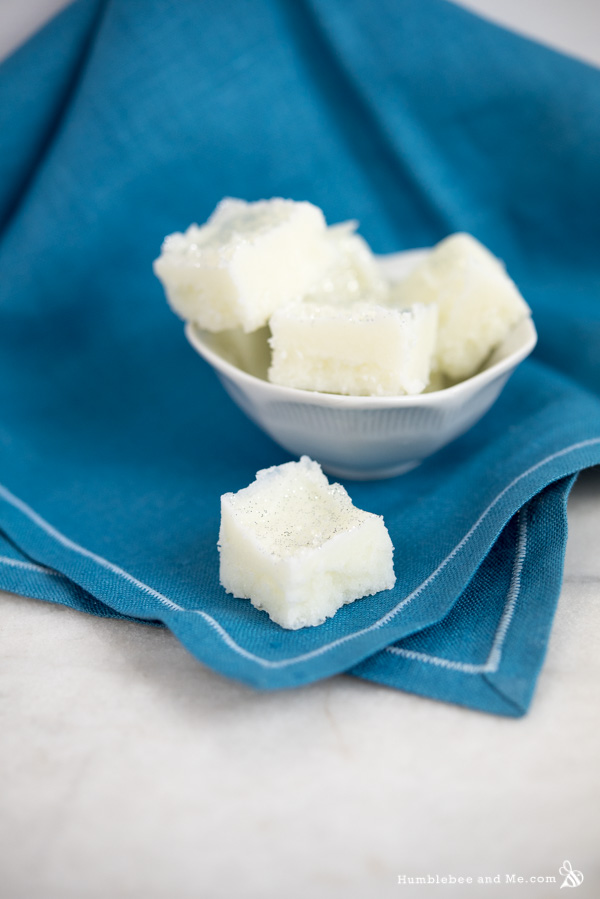