Today we’re whipping up a velvety cleansing oil that’s great for all kinds of facial cleansing, but especially brilliant for removing makeup. I created it with waterproof eye makeup in mind, as it likes to hold onto my lashline for dear life! This cleansing oil has a gorgeous, velvetty skin-feel and rinses off beautifully, leaving skin clean but not dry and squeaky. You can easily customize it to use up any older carrier oils you need to get through quickly, too! With just five ingredients (and it could be 4!), this Soft Velvet Cleansing Oil could hardly be easier. Let’s dive in!

I’m trying two new things with this formulation. Thing #1 is using PEG-40 hydrogenated castor oil as the solubilizer. In the past, I’ve used Polysorbate 80, Olivem 300, emulsifying waxes, and Cromollient SCE to give cleansing oils their rinse-off-ability, and they all work well, but I’ve had some PEG-40 hydrogenated castor hanging around for a while and figured it was high time I used it in something. I found some sample formulations using it as the rinse-off agent in cleansing oils and thought that would be a great place to start! The usage rate (3%) was also a lot lower than I’d usually go for when making a cleansing oil (generally around 10%), so that was another interesting thing to dabble with! You can learn more about this ingredient (and PEGs in cosmetics) here. 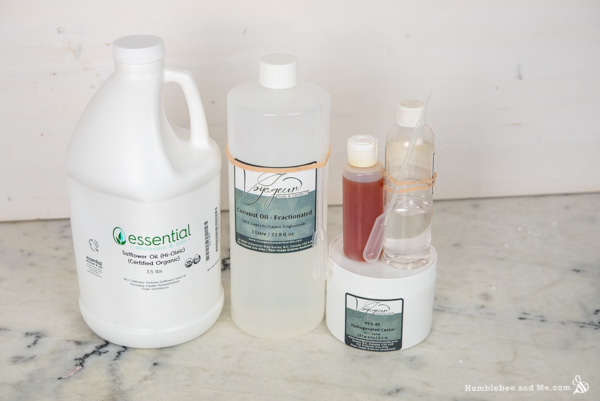 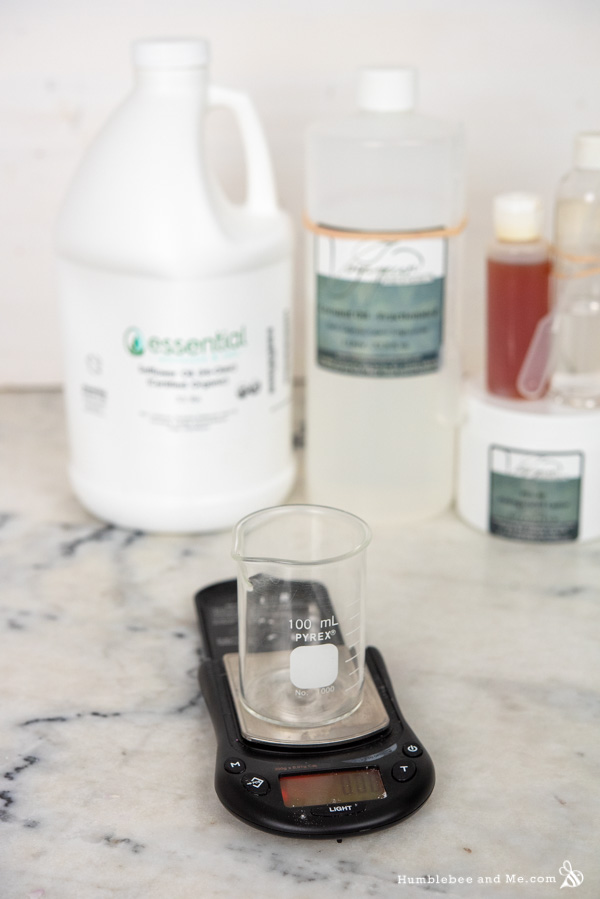 Thing #2 was the inclusion of isopropyl myristate (IPM). I’ve added isopropyl myristate (IPM) to products before to make them feel lighter/less greasy, but in my research, I also found it is used as-is as a pro-level makeup remover, especially for prosthetics. I’ve been wearing more makeup lately, including waterproof eyeliner, and that stuff can be a beast to get off. I’ll think I’ve done it and still wake up the next morning with dusty dark smudges under my eyes. So, I decided to include some isopropyl myristate (IPM) in this cleansing oil, though at a much lower rate than 100%! It helps give the cleansing oil a lovely, light, silky feel and also boosts the makeup-taking-off powers. 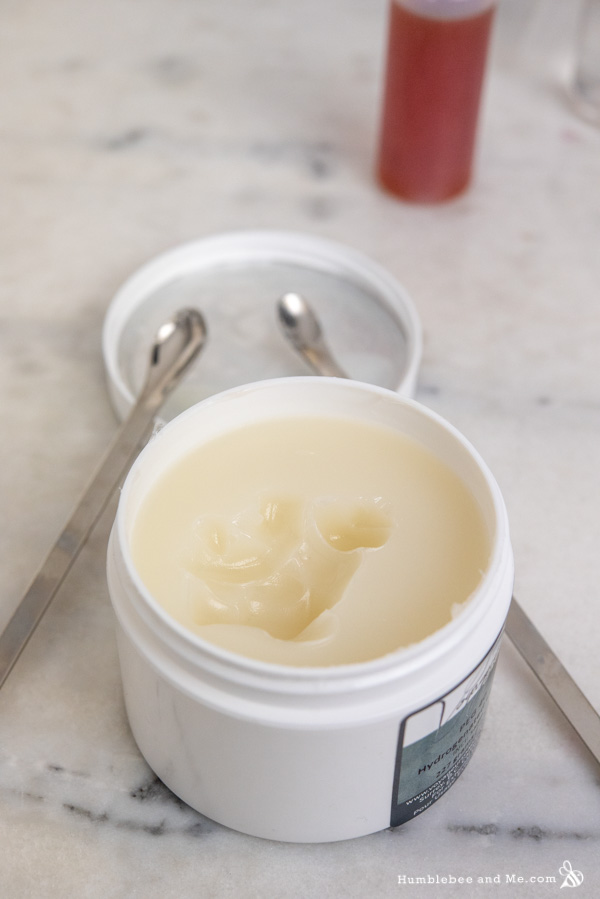 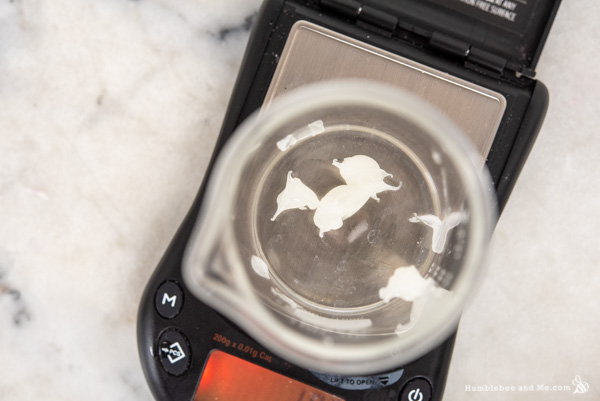 The rest of this cleansing oil is a blend of two inexpensive, lightweight carrier oils—safflower oil and fractionated coconut oil. I chose those two because I have lots of both! You can easily customize this formulation to use something inexpensive and lightweight that you’ve got a lot of. This is also a good way to start powering through older oils that you’re worried will go rancid soon—cleansing oils and balms use up oils really quickly. That’s not only because the formulations call for lots of oils, but also because you’ll likely be using the product twice a day (unlike a body butter, for instance). 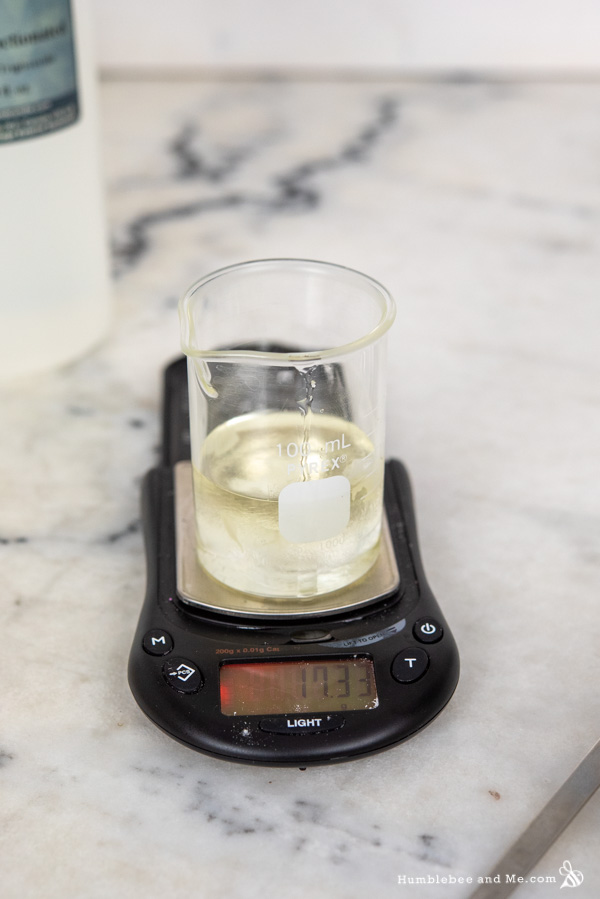 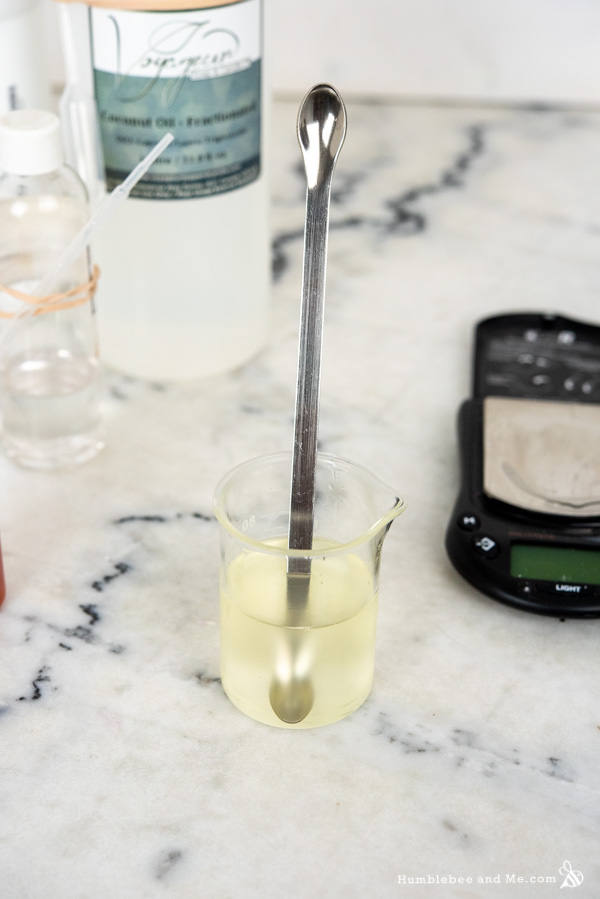 I opted to leave this Soft Velvet Cleansing Oil unscented as I knew I’d be using it to remove eye makeup, but it’s pretty easy to make some room for an essential oil or fragrance oil if you want to include one. Simply drop 0.3–1% of one of the liquid oils, and voila, you’ve now got room for 0.3–1% of something that smells pretty!

Once the PEG-40 hydrogenated castor oil has melted, remove the measuring cup from the heat. Let it cool, and then stir in the vitamin E oil.

To use, dispense a nickel-sized amount of cleansing oil into your palm, and work it up with a bit of warm water. Massage that into your face before wiping it off with a damp microfibre cloth.

Because this cleansing oil does not contain any water, it does not require a broad-spectrum preservative (broad spectrum preservatives ward off microbial growth, and microbes require water to live—no water, no microbes!). Be sure to keep it dry to ensure it lasts as long as possible—don’t let any water get into the container and it should easily last a year. 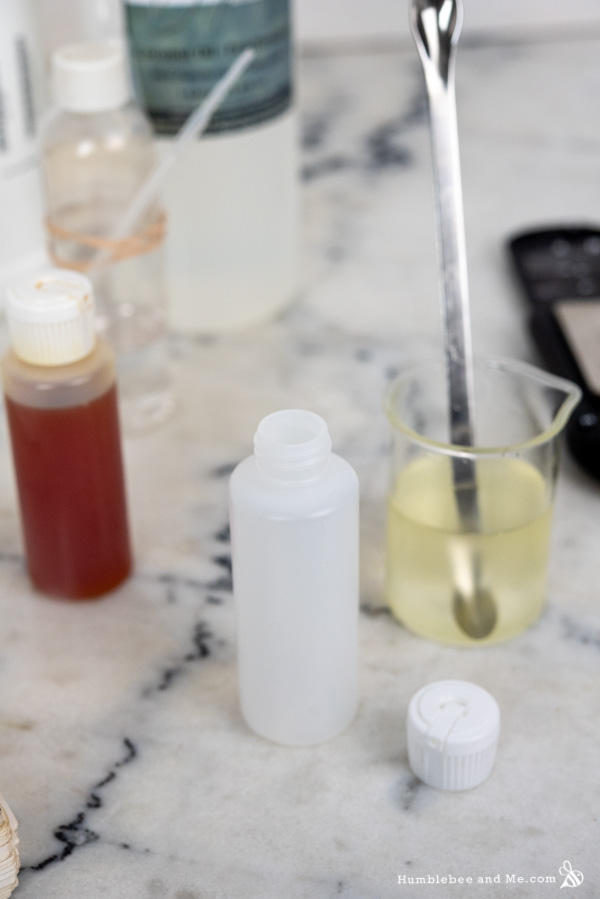 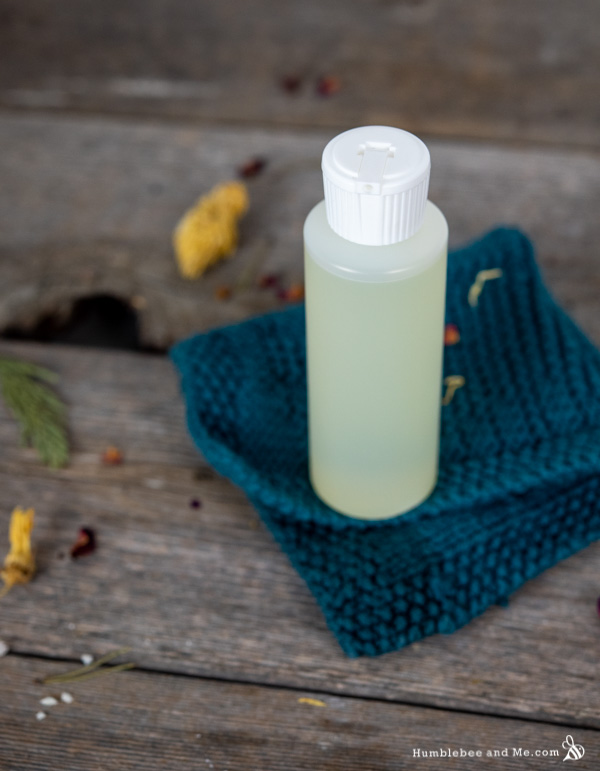 The safflower oil was gifted by Essential Wholesale.