Today we’re doing a thing that is long overdue—a Soothing Under Eye Gel! It’s part of our soothing series, and it is lovely. It’s also the first recipe I’m sharing using Aristoflex AVC, a very cool cold-process gelling agent and emulsifier that I’ve been working with for over three years now, but for some reason or another nothing has made it to the blog—until now!

The bulk of this Soothing Under Eye Gel is refreshing, hydrating watery things. There’s some super moisturizing hyaluronic acid, some calming chamomile hydrosol, and some refreshing cucumber distillate. You’ll notice there’s no aloe, even though it would be fitting—aloe contains lots of electrolytes, and Aristoflex AVC + electrolytes = instant runny slime. 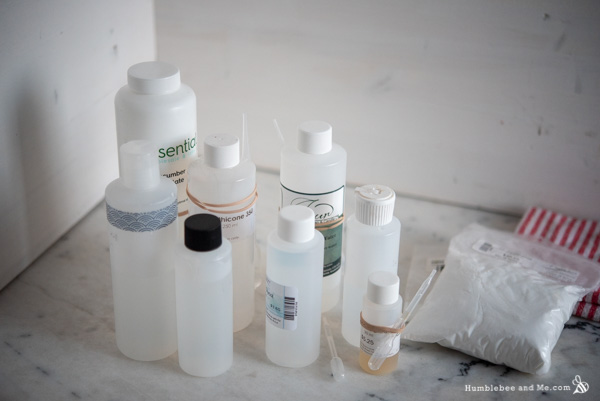 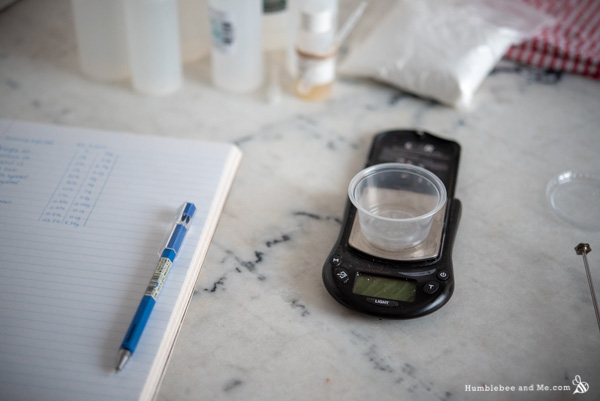 Propanediol helps further amp up the hydrating goodness of this gel, while panthenol brings regenerative, hydrating goodness. Some caffeine helps reduce puffiness, and calendula brings even more anti-inflammatory, skin-soothing goodness. I’ve included a touch of dimethicone 350 for two major reasons: firstly, it’s a good skin protectant and occlusive, but more importantly, I find it keeps this eye gel silky smooth. I find formulations that are mostly water tend to start to feel sticky really quickly—the dimethicone counters this with all kinds of super-slippy glidey goodness. If you are looking for a substitution, please read the substitutions list at the end of the recipe. 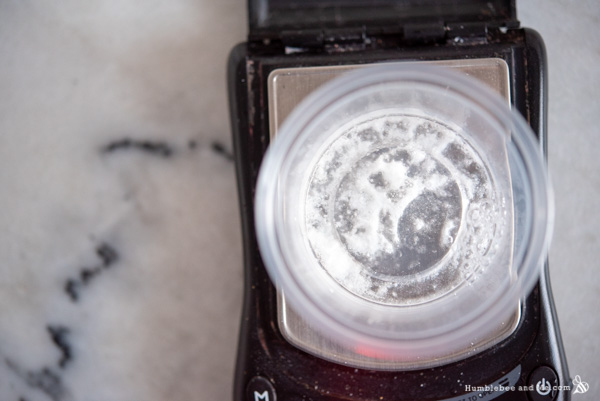 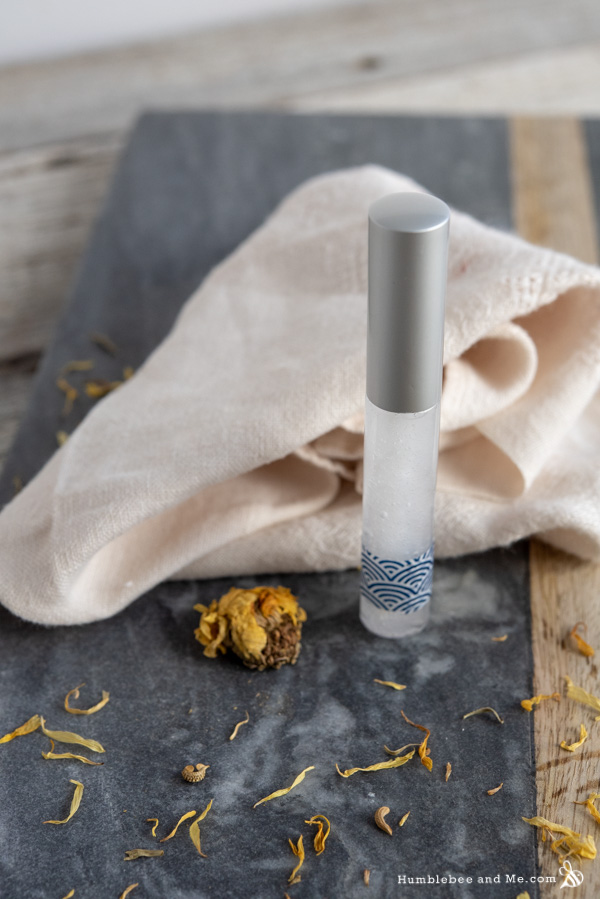 And now for the gelling magic—the Aristoflex AVC. We’ll sprinkle it over everything, blend it in, and watch the mixture turn into a silky smooth, thick gel in about a minute. It’s so freaking cool—you’re going to love it! 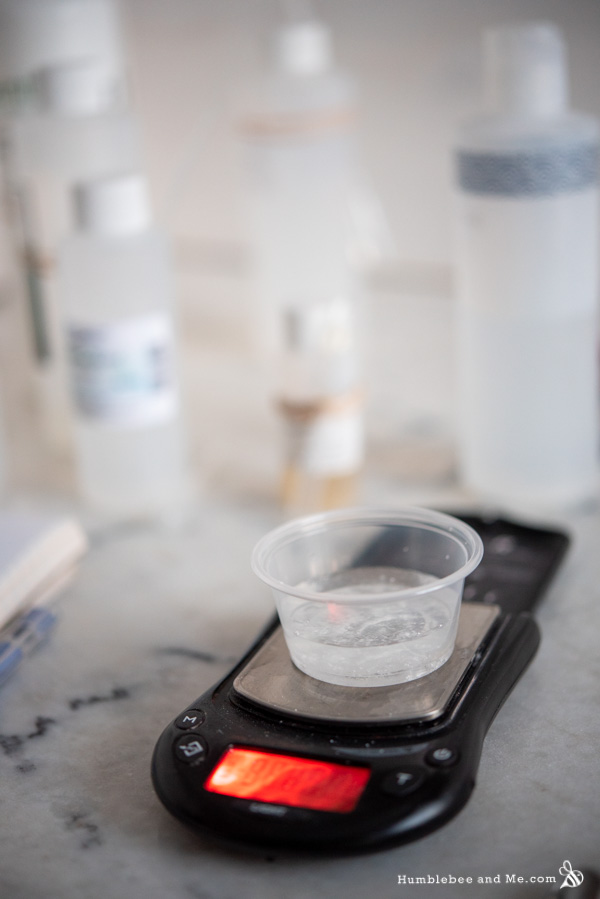 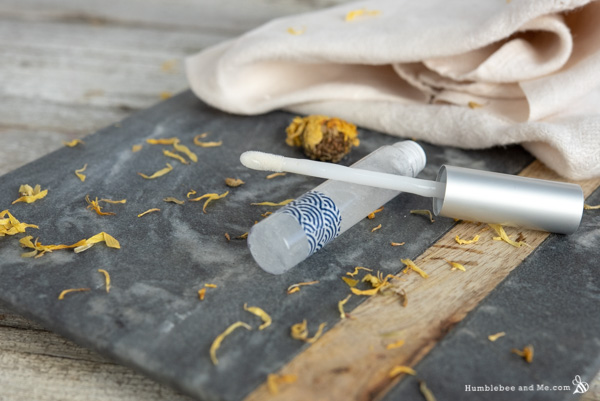 The finished gel is softly scented, silky and slippy, and ultra hydrating for that delicate skin around your eyes. The caffeine helps reduce puffiness and increase circulation, while the anti-inflammatory botanicals helps soothe the skin. Enjoy!

Save 5% on cucumber distillate (and everything else!) at Essential Wholesale & Labs with coupon code HUMBLEBEE

Weigh the first four ingredients into a small heat-resistant glass measuring cup or beaker and stir to combine. Add the next six ingredients and blend together until the powders have dissolved. The dimethicone won’t emulsify yet; that’s ok.

Sprinkle the Aristolflex AVC overtop and blend with a mini mixer or whisk until the entire mixture has thickened and emulsified. That’s it!

When made as written the pH of this gel is ~4.5. I would recommend checking yours and adjusting if necessary, especially if you make any changes.

To use, spread a small amount of the gel over your under-eye area.

Because this gel contains water, you must include a broad-spectrum preservative to ward off microbial growth. This is non-optional. Even with a preservative this project is likely to eventually spoil as our kitchens are not sterile laboratories, so in the event you notice any change in colour, scent, or texture, chuck it out and make a fresh batch. 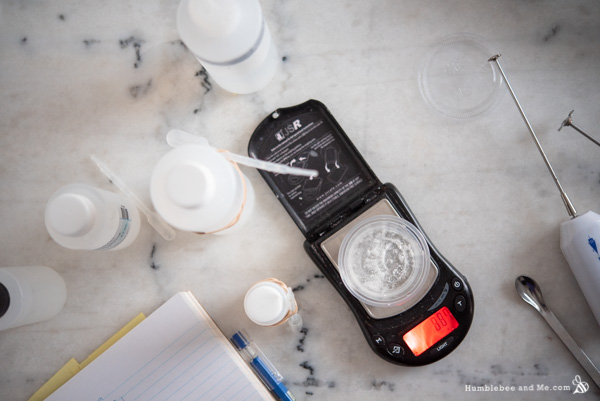 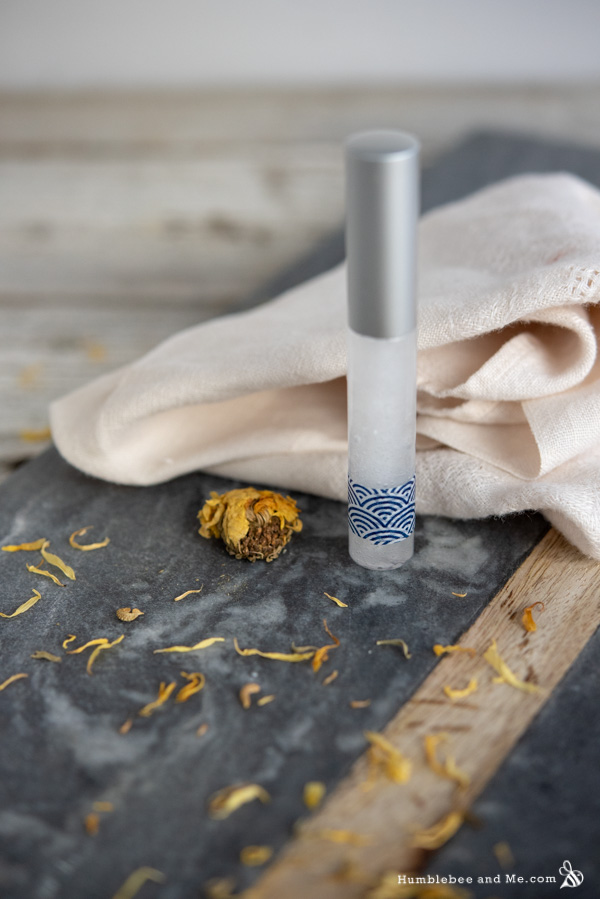