Welcome to our first Christmas 2018 soap—Sugar Plum Christmas Soap! Sugar plum will be one of our ongoing themes this season, and I’m really excited about all the different projects I’ve devised for it. We’re kicking off the theme with these stunning purple, swirly, sparkly bars—I had so much fun making these, and I haven’t been so excited to slice a soap in quite a while (well, until I made our other Christmas 2018 soap)!

So—what is a sugar plum? I knew the name from The Nutcracker and the Sugar Plum Fairy, but it turns out “sugar plum” originally referred to an expensive hard candy treat that had pretty much nothing to do with plums. The name, which is admittedly quite romantic, has given rise to some new desserts that fit the name, made from chopped dried fruits (like plums!) with nuts, spices, and sugar. I love that the name has inspired the creation of something that feels rather Victorian, but decidedly isn’t! Today we’re playing with the imagery of the sugar plum—purple and sparkles! 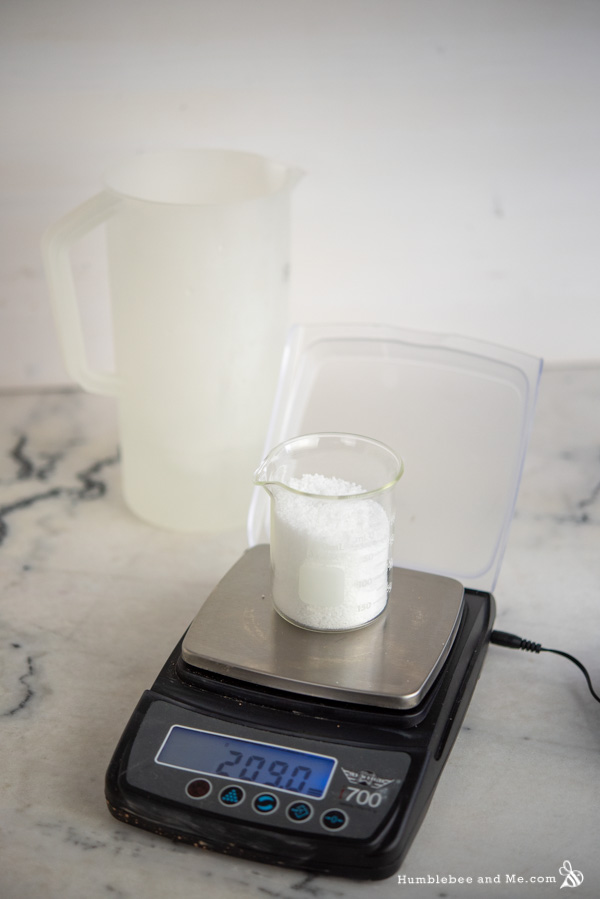 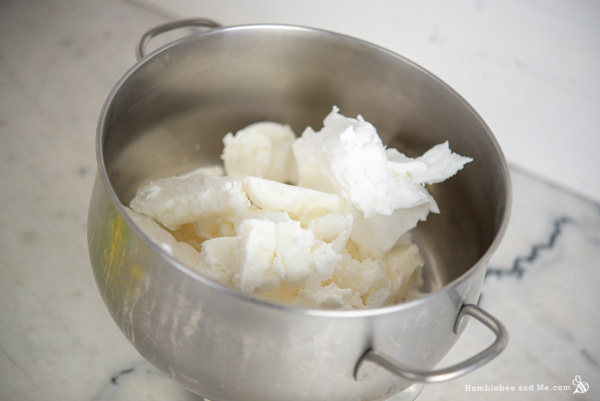 Our fat blend is designed to be relatively slow tracing so we’ve got time to swirl—I did make it a bit faster tracing than some previous fat blends, though, as I knew I’d want a bit of viscosity without waiting absolutely ages. I achieved this by swapping 10% of the canola oil for 10% shea butter. 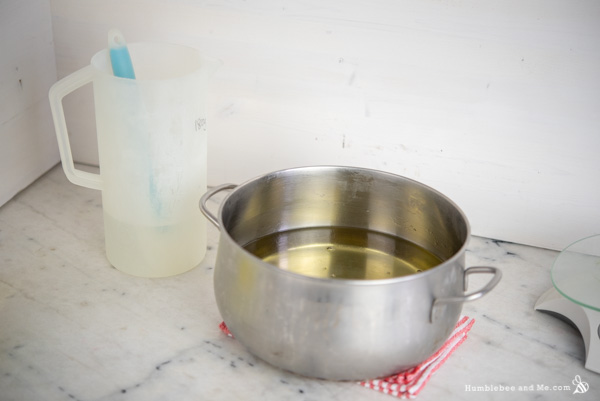 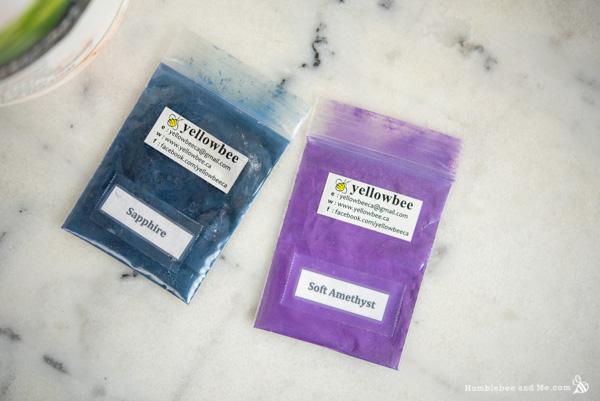 For colour, I used a blend of two micas from YellowBee—a purple and a dark blue—to get the cool, rich purple I wanted. I found several of the deep purple micas I had on hand weren’t suitable for use in soap due to the inclusion of pH sensitive pigments like carmine or ferric ferrocyanide, so make sure you’re checking the INCI on your micas so they don’t pull an unwanted magic trick on you! 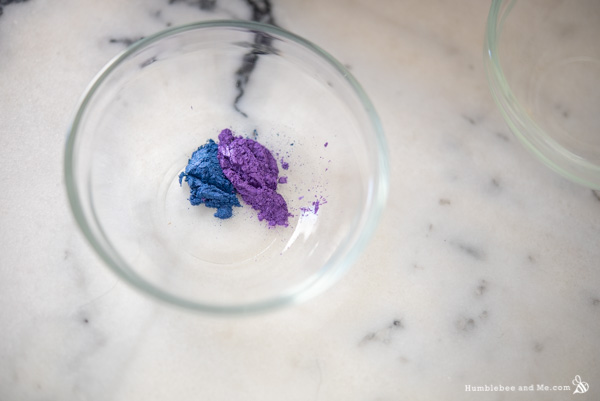 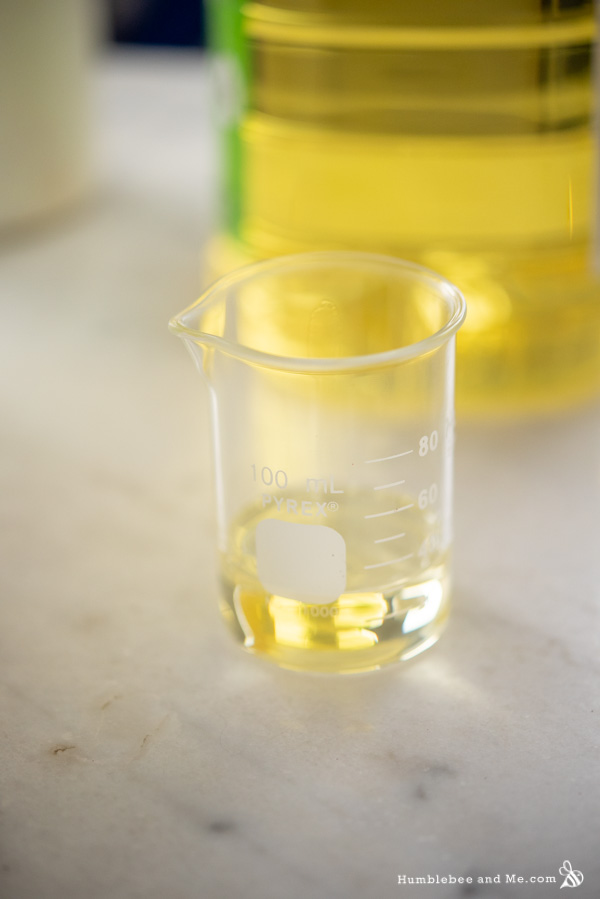 The scent for these bars is a bit out of sync with the rest of the series; I’m using “Sugared Spruce” fragrance oil here, but the rest of the series uses essential oils. Windy Point is selling it as part of their Christmas line-up this year, and it’s delightful. Wholesale Supplies Plus describes it as “a sweet and fresh blend of pine needles, orange, strawberry and a touch of sugared vanilla.” It’s clear and fresh and sweet and delightful. If you don’t want to use it, the essential oil blend for the rest of the series is a combination of benzoin (which smells like vanilla) and cardamom; you could use that blend here. I’ve been using approximately two parts benzoin to one part cardamom, so that would translate to 20g benzoin and 10g cardamom essential oil per 500g fats. 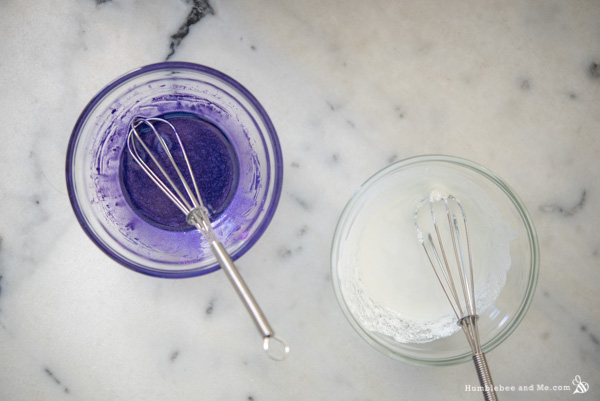 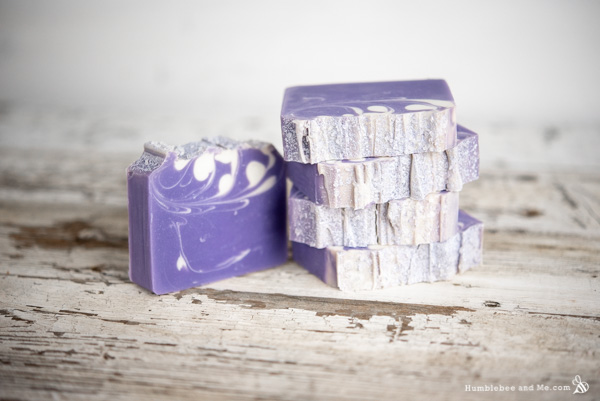 The shallow white swirl makes me think of ballerinas in its graceful, wispy loveliness. Our topping features a dusting of mica (I mixed a touch of purple into a silver-white mica for a faintly lavender mica—feel free to use whatever you think will look lovely!) and a sprinkle of large grain sparkle sugar. The finished bars are quite striking—crisp, cool purple contrasts with clean white. The top shimmers and sparkles, and the swirl adds some wintery whimsy. I love them, and I hope you do, too!

Prepare your mould—you’ll want a loaf mould for this soap. Melt your oils together in your soaping pot, and have a container with a pouring spout handy (I use these awesome funnel pitchers). Let your oils cool to slightly warmer than room temperature. Mix up your lye water and let that cool to just above room temperature (you can use ice for part of your water to speed up the cooling process).

While everything is cooling, weigh out your fragrance oil, and whisk the micas and titanium dioxide together with a bit of extra canola oil.

Once the melted fats and lye water are just slightly warmer than room temperature, follow standard soap making procedure to bring them to trace. When you have a relatively thin trace, blend in the fragrance oil.

Now it’s time to divide up our batter! Pour about 15% of it into the small pitcher and leave the remaining batter in the pot. Add some titanium dioxide to the 15% and blend to combine—you just want enough to make it look a bit pastel/milky. If you’re using the same fragrance oil as I used, it makes the batter turn really yellow. Don’t worry—that goes away during saponification, so don’t try to counter it with extra titanium dioxide.

Use purple mica to colour the 85% of the batter purple, and then pour about half of it into the mould. Drizzle a bit of the titanium dioxide batter overtop, and then top that off with the rest of the purple batter. Drizzle the rest of the white batter overtop. Using a gear tie that’s been formed into a long, shallow “U”, create some shallow hanger swirls (watch the video to see what I did). Leave it to set up for about ten minutes before sculpting the top up a bit—I used a thin spatula to create low, lengthwise ridges. Dust the loaf with mica and sprinkle with sparkle sugar.

Leave to saponify for 48. Remove from the mould and slice (slice it from the side so you don’t drag sugar through the soap), and then leave to age for at least four weeks before using or gifting. Enjoy!

The Sapphire and Soft Amethyst micas were gifted by YellowBee. 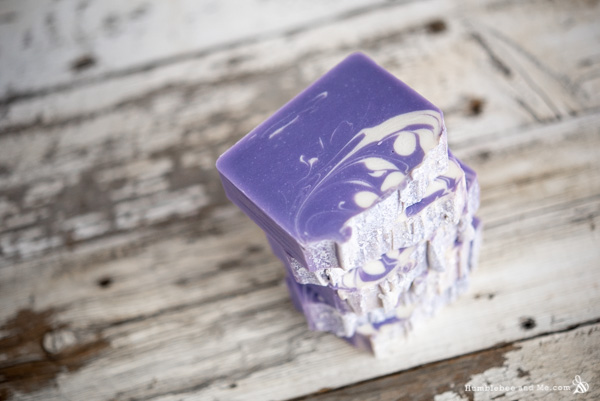 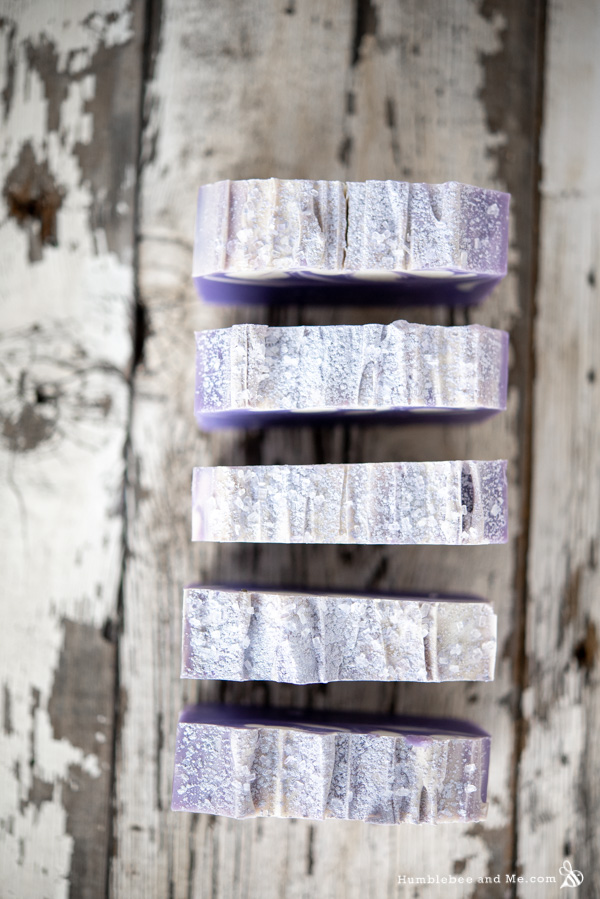