I’ve used a lovely blend of cocoa butter, mango butter, coconut oil, and sunflower seed oil to create a creamy base for our deodorant. I’ve also added a teensy amount of notorious neem oil, which is famous for smelling… yucky. My bottle of neem oil smells like a strange BBQ sauce, but I’ve also heard it described as smelling like old peanut butter and cabbages. If we’re being honest, nobody really has anything nice to say about the smell of neem (why we have deodorized cocoa butter but not deodorized neem oil is a mystery). 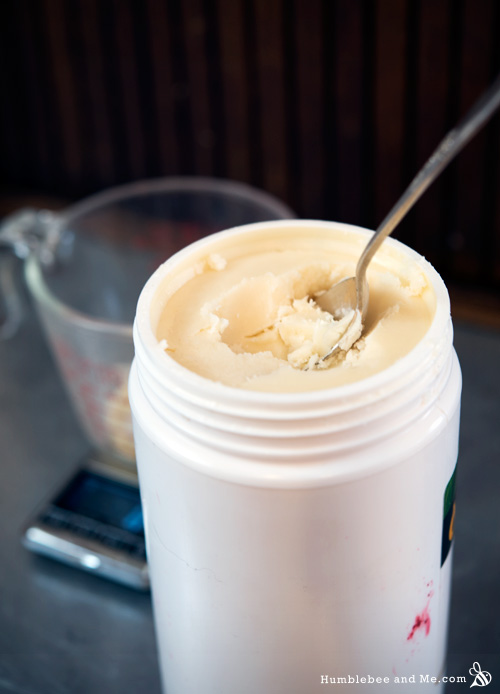 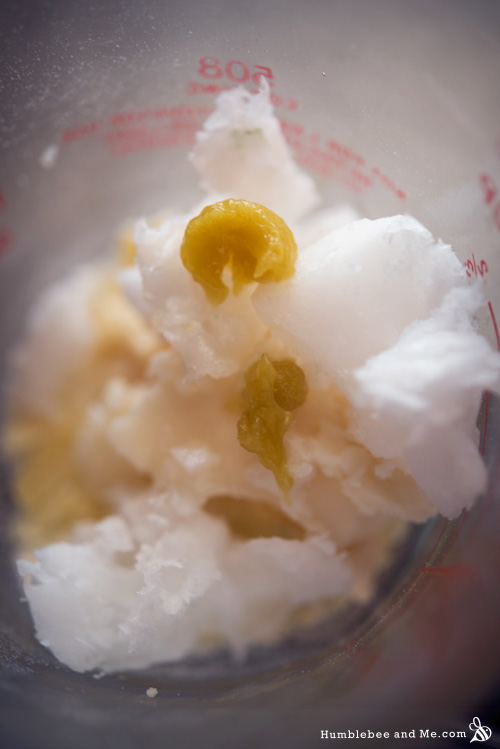 Other things in the neem department are great, however. It’s a great bug repellent (and people repellent, too, in high enough concentrations!), insecticide, anti-fungal, and anti-viral oil. It’s pressed from the seeds of Azadirachta indica, an evergreen tree native to India, and has been used in Ayurvedic medicine for hundreds of years to treat everything from acne to tuberculosis (no word on how successful it is as a TB treatment, though… I wouldn’t recommend trying it!). We’re mostly concerned with neem’s antibacterial effects, though, which give this deodorant a kick in the pants in the effectiveness department. Score. The essential oil blend keeps you from smelling like a nutty BBQ cabbage, too 😉 You can’t even smell the neem in the final product once it’s cooled down and the essential oils have been mixed in. 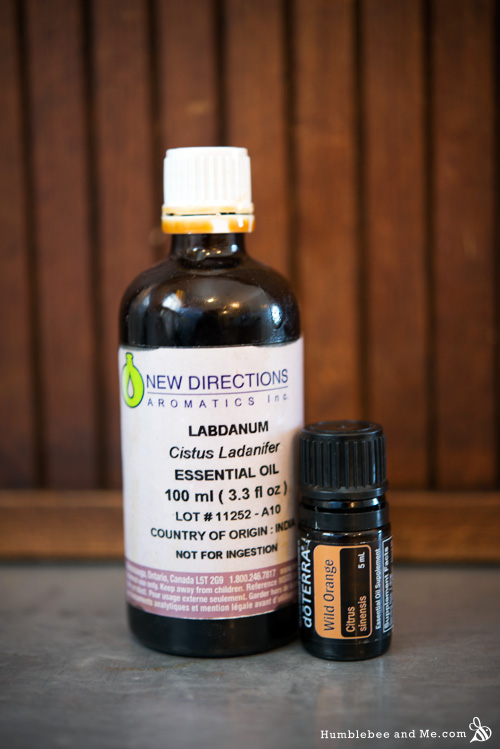 Say what you will about DoTerra—this wild orange essential oil smells utterly divine. 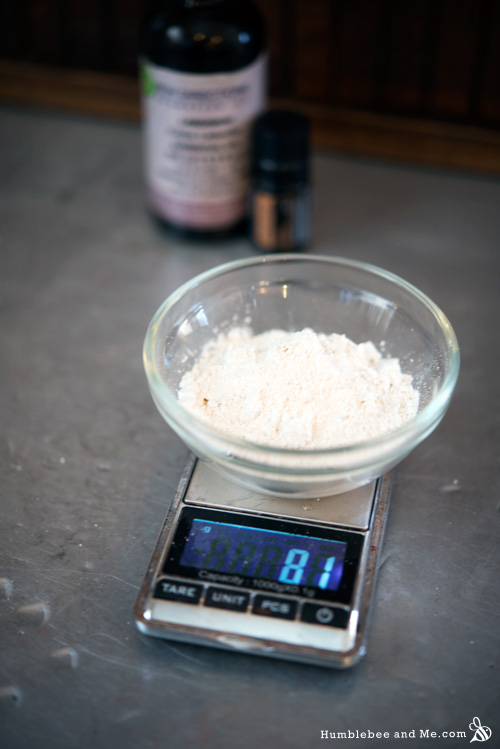 Our buttery sunshine vegan deodorant base is amped up with a powdery blend of baking soda, arrowroot starch, and white kaolin clay. The baking soda is the star of the recipe, turning something that’s basically just body butter into deodorant. If your pits are sensitive to the alkaline nature of baking soda, try swiping them with a bit of vinegar, letting that dry, and then applying your deodorant. I know lots of sensitive-pitted people who’ve had great success with this, so it’s definitely worth a try. 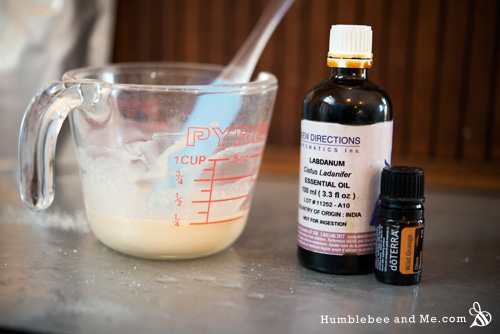 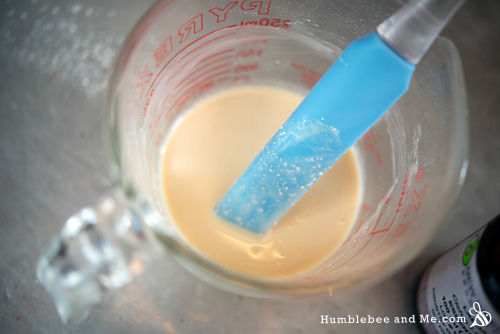 The arrowroot starch and clay help manage moisture. I really do recommend sticking with the white clay here—it goes on translucent, and won’t stain your clothes. I made a batch of deodorant using a clay that was the same colour as my skin and that ended up leaving brownish pit stains on a favourite white dress (sad), so I don’t recommend going that route! 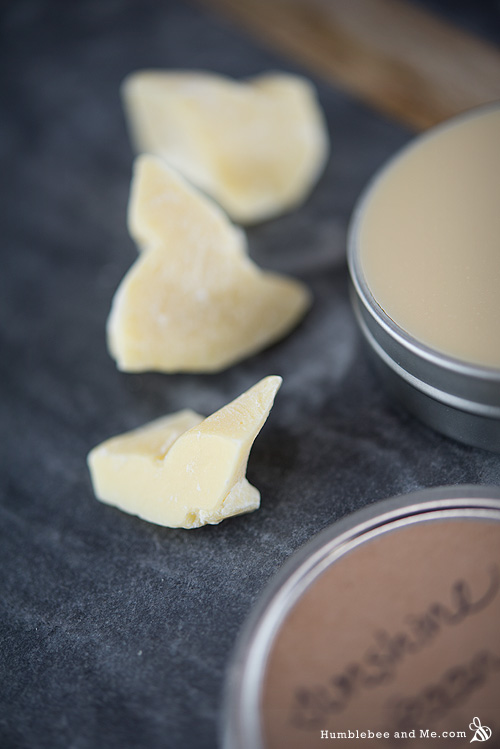 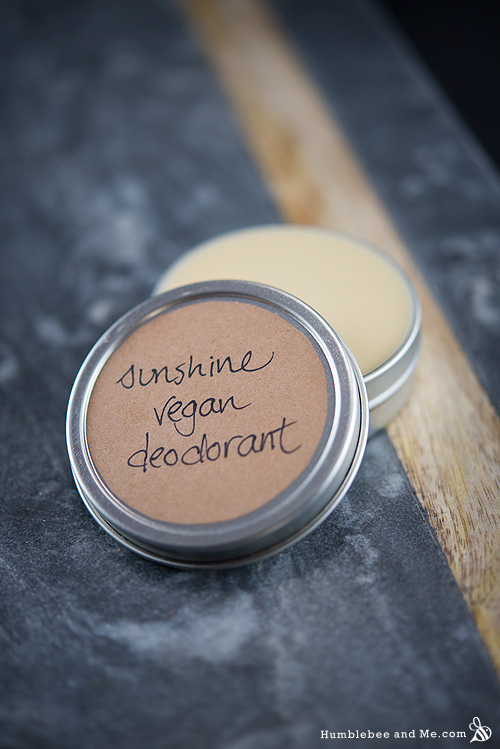 I’ve tested this deodorant through yoga classes, days at the office, and a day of very sweaty cross country skiing, and it performed beautifully 🙂 I’m sold!

I no longer recommend putting baking soda on your skin; read this for more information.

Weigh the cocoa butter, mango butter, coconut oil sunflower seed oil, neem oil, and vitamin E oil out into a glass heat resistant measuring cup. Place the measuring cup into a saucepan of simmering water to melt everything together.

While the oils are melting, weigh out the powders into a small dish. Once the oils have melted, add the powders and stir everything together until the mixture is nice and smooth before removing it from the heat.

Add the essential oils and stir. Let the mixture cool, stirring occasionally as it does to ensure the powders stay suspended. You’ll find it seems to stick at the heavy cream stage for ages, and then you’ll go away and come back to a solid. It takes ages to thicken because there’s no wax, just hard butters. Pack it into your tin at this point.

I like to store this deodorant in a 60mL/2oz tin, but it would also work in a push-up tube if you have one on hand.

Studies have shown neem oil can have arbotificant effects, so it shouldn’t be used by pregnant women or women trying to conceive. I doubt it would have an effect in quantities as low as in this recipe, but better to be safe than sorry! You can substitute the neem oil for more coconut oil. 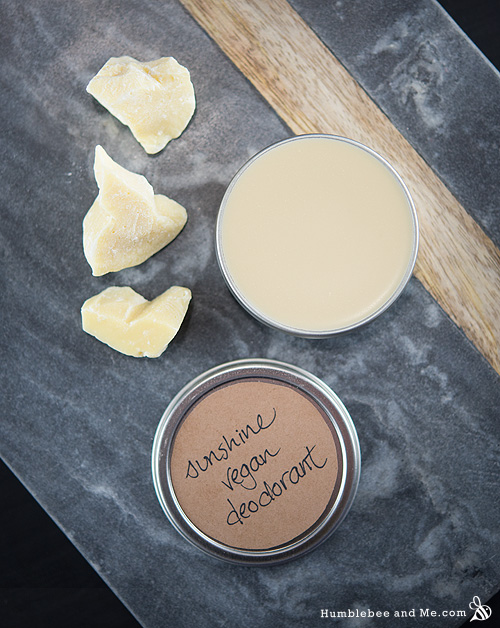