As anyone who lives in Calgary well knows, the air is about as humid as a lit barbeque, though usually not as hot. I don’t think anyone’s skin fares particularly well in such conditions, but I’m pretty sure mine fares worse than most. I’ve been carrying lip balm with my like an epi-pen since grade school, but it’s an awfully expensive habit if you want the stuff that actually works (ahem, Burt). I figured there was no way a 10g mixture of beeswax and oils was worth anything close to $5 unless the tin was made from unicorn horn, and I was right. 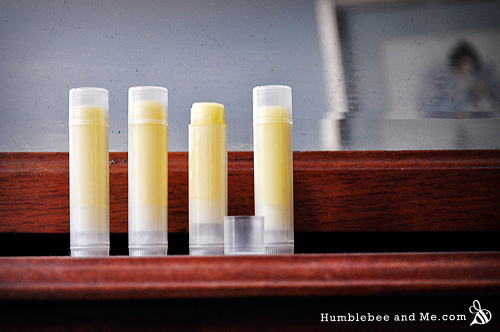 This is a stellar recipe for lip balm. It glides right on, works like a charm, and the most expensive part of each unit is the tube, and those are still only $0.25–$0.50 each, depending on where you get them and how many you buy (though, seriously, I wouldn’t pay much more than fifty cents per tube, that’s a bit of a rip-off). 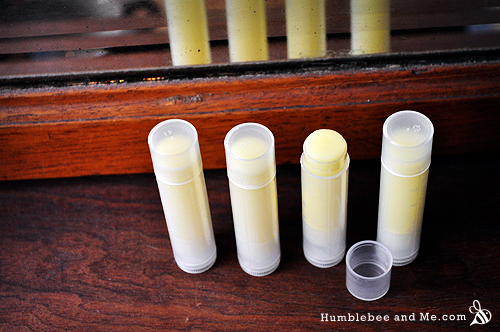 I’d recommend getting your ingredients from an online supplier, as most local ones I’ve found overcharge up the wazoo, and you’ll probably come out of it feeling like you’re not saving much money at all. Now, of course, you’ll have to make an initial investment of more than $5, but lip balm doesn’t go bad with much haste, and I’m sure you have friends (or a fridge). I like New Directions Aromatics for most things, though Canwax is good if you’re looking for smaller amounts of things.

Melt everything together in a saucepan over medium heat, and then pour into tins or tubes. I find the easiest way to do so is by using a preheated Pyrex measuring cup with a pouring spout. Just warm it in the oven at a low heat (200 degrees F) so the mixture doesn’t harden upon contact with the glass. Even so, you’ll probably still have to re-melt the mixture unless you’re extremely quick.

Regarding choice of essential oils; I’d recommend sticking to the field of the edible, and with essential oils. I’ve tried synthetic flavoured oils, and they all leave a chemically aftertaste. For mint, I personally prefer spearmint to peppermint. Spice oils can be nice, but be wary, as too much cinnamon can leave you feeling a bit burnt. The citruses sound like a great idea, but be wary of their photosensitive properties, which can quickly set you up with sunburnt lips if you wear a balm made with them outside.

Once packaged, the balm will harden up in a few minutes and be ready to use. I carry a tube with me everywhere, storing the extra ones in a cool, dry, and dark place. I usually have two or three tubes on the go at any given time, and find that a tube will last me about four months.

Makes about 23 tubes of lip balm—you might want to halve the recipe!