One of my favourite Thai restaurants, Bangkoknoi, makes the most incredible coconut rice. It is absolutely addictive, and I have gone there several times almost just for the coconut rice (though I do always get a curry to pour over it). It’s wonderful—creamy, sweet, rich, and utterly delicious. 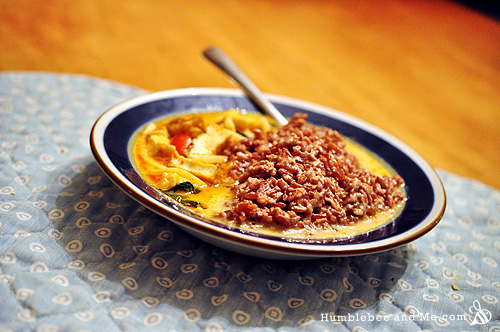 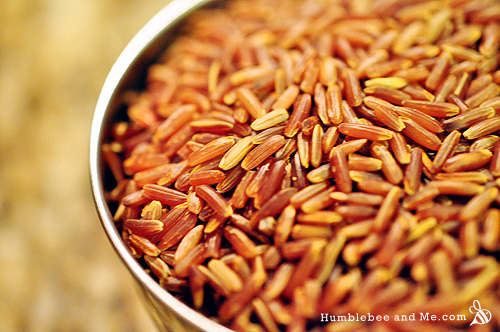 This coconut rice was inspired by theirs, though it isn’t the same at all. It’s still sweet and coconutty, but because red rice is a whole grain, it’s much chewier, and not nearly as creamy. The last time I ate there the waiter told us that all there was in the rice was rice and coconut milk, but there is no way that’s true unless their rice comes spiked with sugar—no rice (or plain coconut milk) is that sweet on its own. 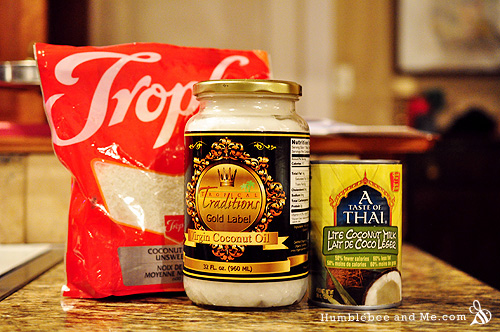 I decided to load up some red Thai rice with every coconutty thing I had around—extra virgin coconut oil, shredded coconut, and coconut milk. Mmm. I also added a tablespoon of sugar, as sweetness really brings out the flavour of coconut (I have a feeling the rice at the restaurant uses far more sugar than that, but I couldn’t bring myself to add any more than a tablespoon). 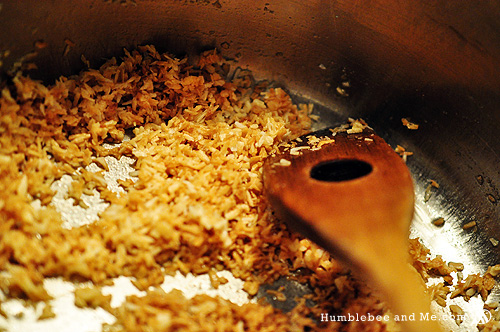 Heat the coconut oil over medium heat in a large, heavy-bottomed saucepan. Add the shredded coconut and toast, stirring, until light brown. Add the rice, the coconut milk, and the water. Stir in the sugar, bring to a boil, lower to a simmer, and cook on low for 40 minutes, until all the liquid has been absorbed.