The Oil Cleansing Method (or OCM)

The Oil Cleansing Method has been getting some attention on the internet as of late. A quick Google search turns up thousands of blog entries and forum posts, as well as the official website of the OCM. There’s plenty to read about it if you’re in the mood. You’ll find people that love it, people that hate it, and people that think it’s a big fat load of hooey. What did you expect? You’re looking on the internet. Anyhow, I thought I’d add my thoughts to the mix. I’ve been using the OCM since June of 2011, playing around with different recipes, and I think I’ve figured a few things out. 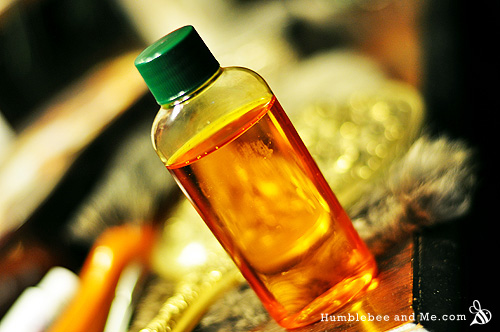 The basic idea of the OCM is the idea that oil dissolves oil—the oils in the OCM solution dissolve and carry away the oils in your pores. I thought it made sense, so I decided to give it a try. All you have to do is mix up a mixture of castor oil (USA / Canada) and a carrier oil, massage a generous amount into your face for five to ten minutes, and then steam it off/out (read the official instructions for more details). It didn’t sound too difficult. And it isn’t. Maybe a bit boring, but that’s easily solved by watching a bit of a movie or some television whilst you massage away.

The official website recommends a 10:90 castor:carrier oil ratio for dry skin, 20:80 for normal skin, and 30:70 for oily skin. Apparently the castor oil (USA / Canada) is the active ingredient, and is quite drying. I have dry skin and live in a very dry city, so I went for something like 8:92. I started using apricot kernel oil for the carrier oil, and have since switched to safflower oil, with an approximate 12:88 ratio. 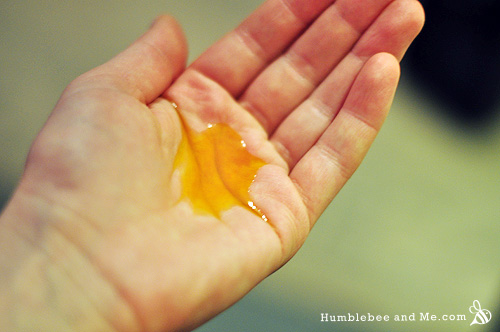 At first, I can’t say I noticed any astonishing results. I did, however, notice that despite rubbing a tablespoon of oil into my face, my skin was extremely dry after steaming it out, and I suppose that proves the “oil dissolves oil” assertion in the context of my face. After a few months of doing the OCM about twice a week, I started to notice that as I was massaging, what felt like little grains of sand would suddenly appear under my fingertips. Now, seeing as I live quite a ways away from the nearest beach or sand desert, I’m fairly certain that those little granules are bits of nastiness emerging from my pores. Gross. But better that than staying in my skin, I suppose.

I’ve always been blessed with fairly cooperative, mild-mannered skin, so I can’t say I noticed a huge difference in the condition of my skin. It does, however, seem to be clearer, and is certainly no worse off. If you have problem skin, I’d definitely recommend giving it a try.

Here’s the formula I’ve been using of late. I quite like it, and think it works better than the standard recipe, but if all you have is castor oil (USA / Canada) and a carrier oil of choice, don’t let this decked-out recipe discourage you!