The Tale of the Curdling Body Wash

Today we’re doing something a bit different; I wanted to walk you all through the experiments I did while I was working on last year’s Christmas Tree Body Wash as The Tale of the Curdling Body Wash. It was a really interesting puzzle that I worked at for quite a while—I managed to isolate the trigger, but I still don’t know exactly what is going on, so my only solution for avoiding the curdling is avoiding the trigger. I thought I’d share my process and my results, and maybe we can crowd source a better answer!

This story starts last autumn as I was wrapping up my Formula Botanica course work. I developed a simple body wash using Caprylyl/Capryl Glucoside and Cocamidopropyl Betaine. I wanted to increase the lather, and I remembered reading somewhere that Hydroxyethylcellulose could help with that, so I swapped the xanthan gum I had been using for some Hydroxyethylcellulose (HEC). Magic! Not only was the consistency of the body wash dramatically improved, but the lather became absa-freaking-loutely amazing. Swoon. I made a few versions (different scents and different colours), bottled ’em up, and headed off to Europe.

Here was the formula at that point:

Process: Whisk together HEC and glycerin. Add water, surfactants, and colourants, stir gently. Heat in a water bath, gently stirring relatively frequently (~once every 2–3 minutes) until thickened. Remove from heat, stir occasionally until cool, stir in cool down ingredients. 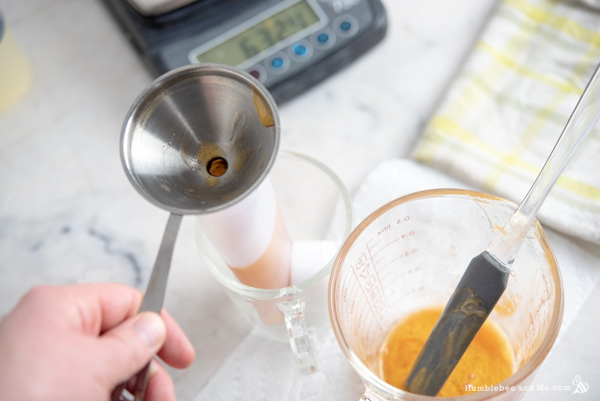 Once I got home I needed to wrap up my Christmas series, and I’d planned a Christmas Tree Body Wash. My experiments from earlier in the fall were looking great and seemed like the obvious choice for the base for the Christmas Tree Body Wash. So, I whipped up two versions: one with an essential oil blend, and one with a fragrance oil, as I’d been doing for many of the Christmas Tree series. Everything seemed to go swimmingly until I went back to the bottled body wash after twenty minutes or so… and they had both separated. There was a thin, watery liquid floating on top and a blob of gelatinous goo at the bottom. What on earth? The original samples from my coursework were still stable—crystal clear, silky smooth, and definitely not separating curdled disasters.

This was roughly the formula at this point: 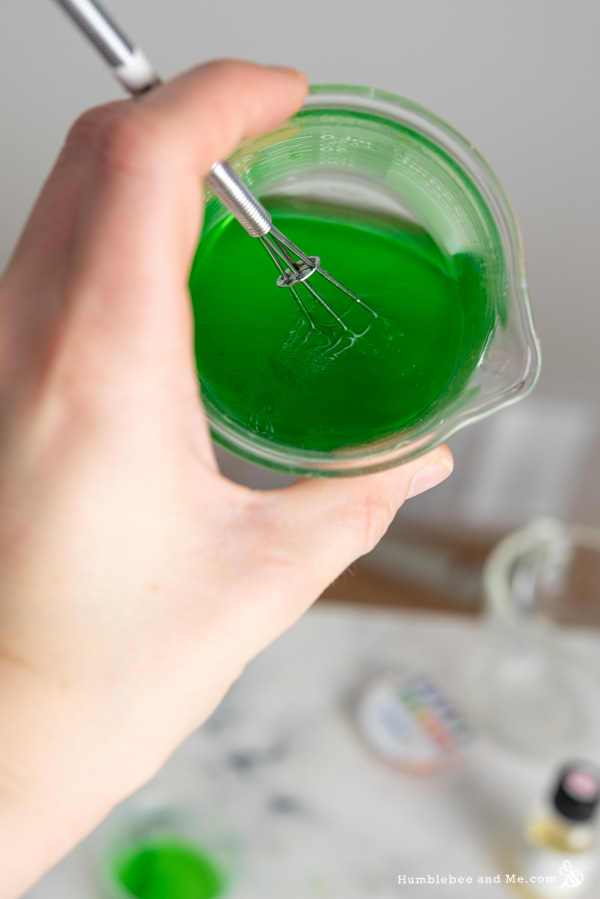 In this photo you can see the separation—the liquid floating on top and the blob at the bottom. 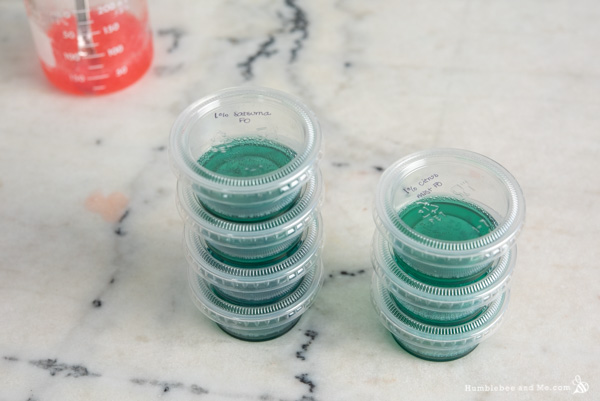 So many different experiments. 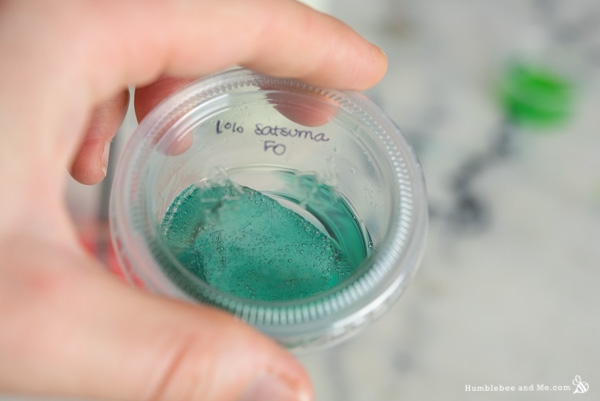 Failure! You can see the thin liquid seeping out of the jelloid blob. 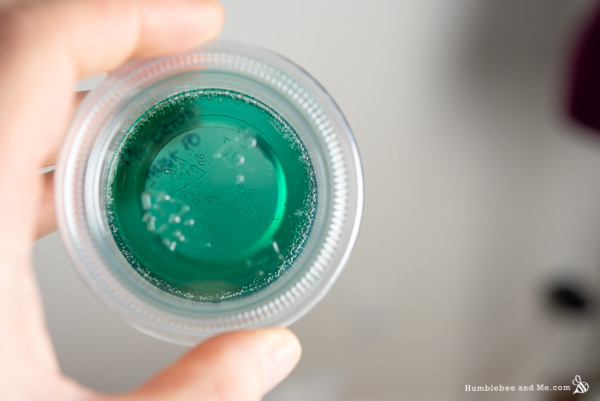 So, at this point I know what is causing the curdling, but I still have no idea why. I decided to broaden the experiment. I tried a slightly different version using an anionic liquid surfactant (Sodium Laureth Sulfate, pH 7.5) instead of a non-ionic liquid surfactant (the Caprylyl/Capryl Glucoside), adjusting the amount of surfactant and water to keep the active surfactant matter the same. Hydroxyethylcellulose is non-ionic, so its charge shouldn’t be a factor, but who knows!

This experiment split/curled before adding any fragrance or essential oil, so in this one it’s the Sodium Laureth Sulfate that’s the problem. That’s… weird. Maybe the charge of the surfactant is part of it? I did more experiments.

I made a batch of the first body wash, but without the primary surfactant (the Caprylyl/Capryl Glucoside). 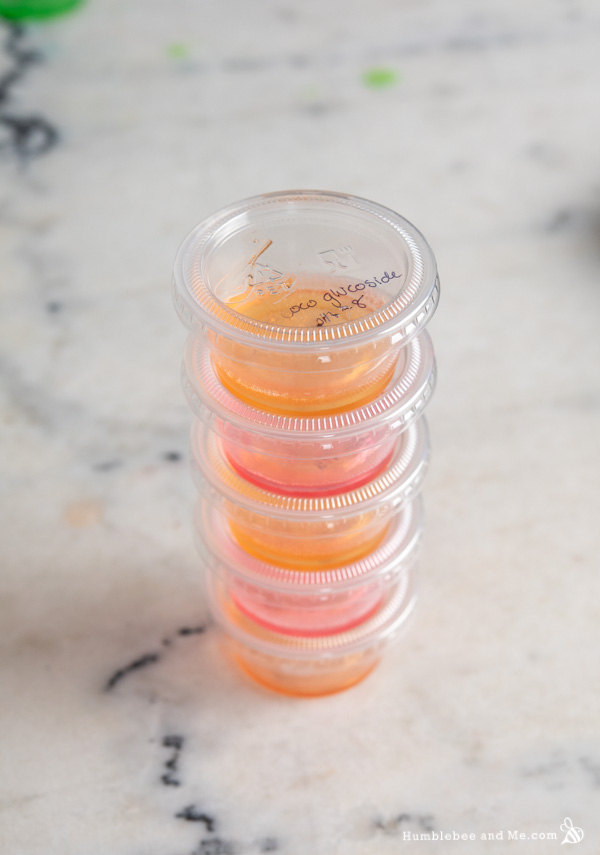 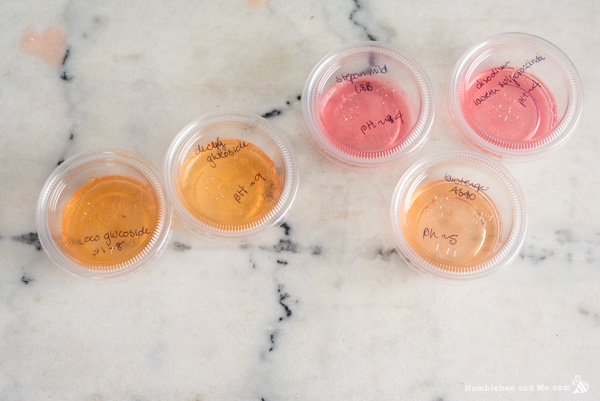 I then divided it up and added 15% of a variety of surfactants:

I chose these surfactants for the variety of charges and pH values, and because they’re all the liquid surfactants I own. They all have ASM values that are quite a lot lower than Caprylyl/Capryl Glucoside so it definitely wasn’t an even ASM challenge, but from previous experience I was pretty sure anything that was going to split would, regardless of ASM, as fragrances with 10% benzyl benzoate split as effectively as fragrances with 80% benzyl benzoate.

Without adding any fragrance of any kind, these were the results:

So… now the non-ionic surfactants are breaking things, and the anionic ones are fine. This is counter to my first two experiments, where the non-ionic Caprylyl/Capryl Glucoside was stable without fragrance, while the anionic Sodium Laureth Sulfate split. Thinking it might be pH (since the basic ones were splitting while the acidic ones seemed stable) I weighed out some of a successful unscented batch using Caprylyl/Capryl Glucoside and added 1% triethanolamine to raise the pH to ~8.5 to see if it would split. It didn’t. 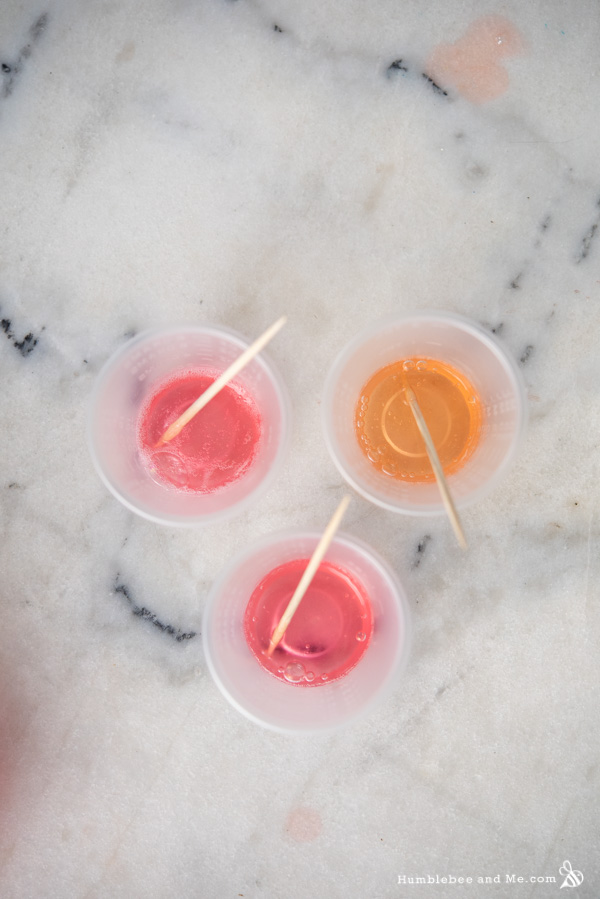 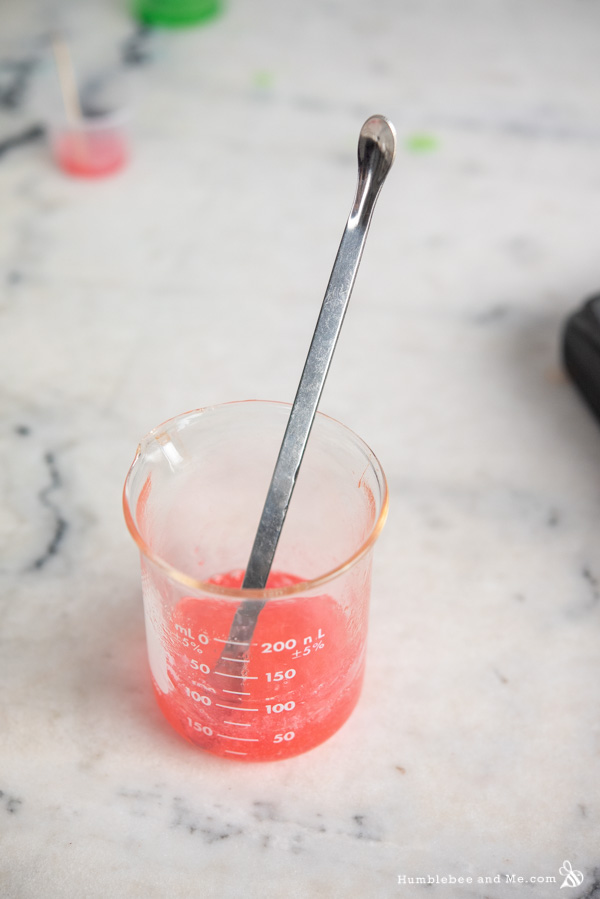 I adjusted the original formula to use Sodium C14-16 Olefin Sulfonate with the same active surfactant matter:

After making the base I divided the it in two and included 1% fragrance oil to one half and 1% essential oil blend to the other. Both fragrance blends contained benzyl benzoate and caused the Caprylyl/Capryl Glucoside version to split very quickly. Both versions very initially stable, but then split after about four days (vs ~20 minutes for theCaprylyl/Capryl Glucoside version). 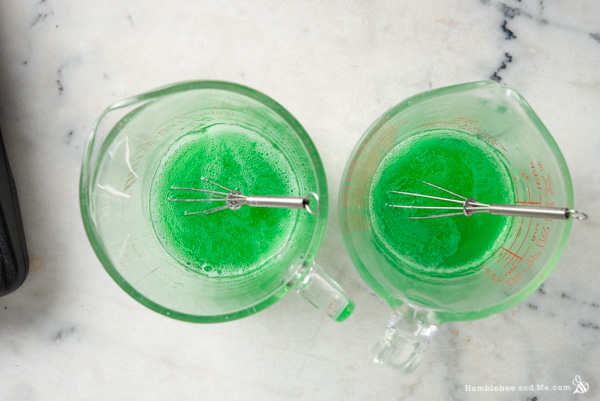 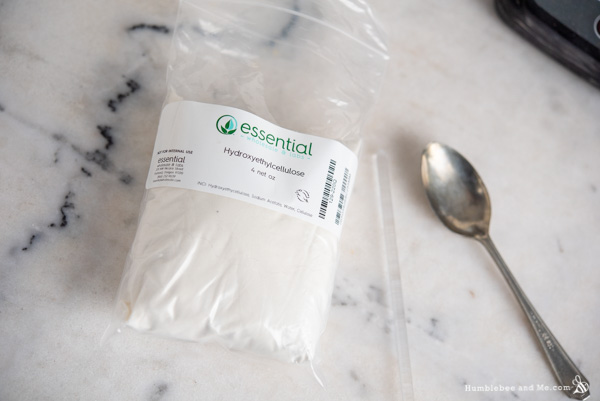 So, what’s going on?

That’s where I’m at. If you have any insights I would love to hear them!