I set out to make a Halloween soap last year, but it just didn’t happen. Whoops. This year, however, I’m on it. I thought Tigger Soap sounded nice—orange and black stripes, but something playful and fun instead of creepy and scary. Well, inasmuch as a bar of soap can be creepy and/or scary… whatever. I feel like this is the kind of soap that kids could get excited about (again, inasmuch as kids actually care about soap, but humour me here), and hey, I like it, so that’s that. 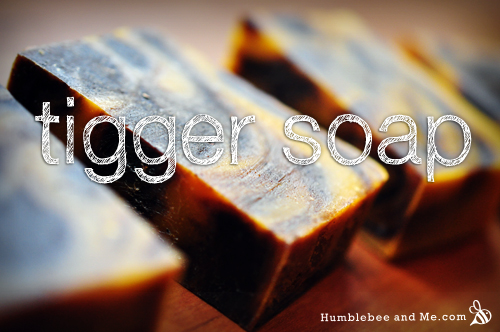 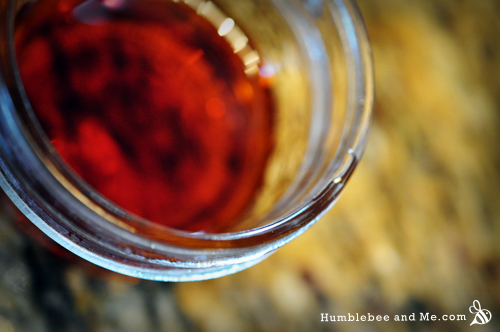 The orange stripes get their colour from buriti oil. It’s a bright orange carrier oil that supposedly has a host of benefits and what not, but I’ve never really liked it for anything other than its colour in soap (mostly because its colour in anything else is quite overpowering). 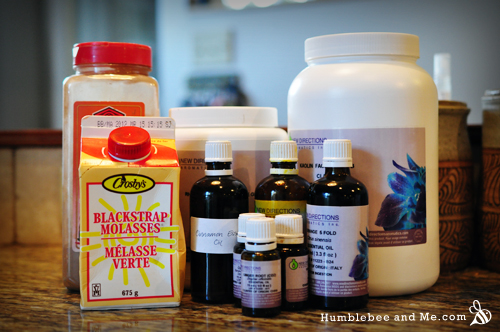 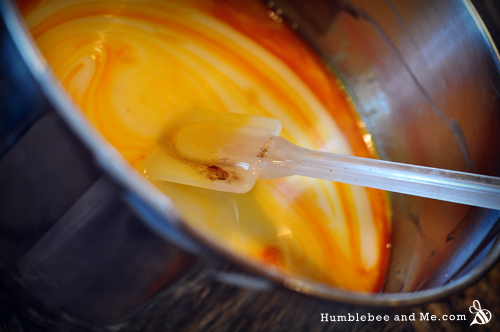 The dark stripes come from some dark clay, cinnamon, and blackstrap molasses, adding a bit of exfoliation and overall awesomeness. The soap smells of orange and gingerbread, so it is perfectly warm and spicy for autumn. 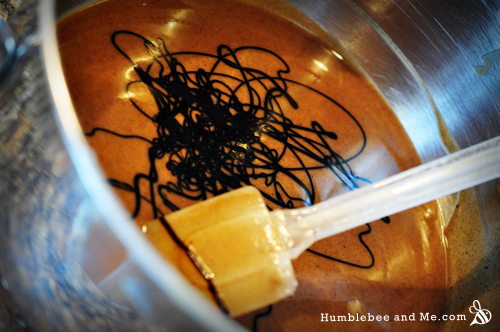 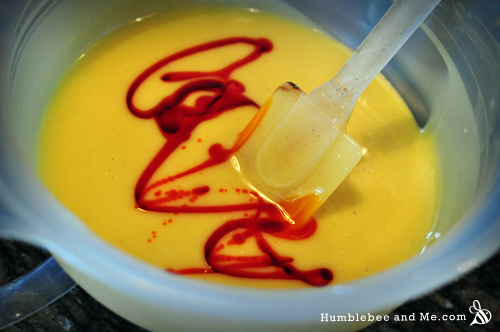 Follow standard soap making procedure. Because of the blackstrap molasses in this soap, you need to let both the lye water and the melted oils settle down to room temperature before combining. When you reach a fairly thick trace, add the essential oils. Divide the soap in half.

Stir the white kaolin clay (USA / Canada) and buriti oil into one half.

Stir the rhassoul clay, ground cinnamon, and blackstrap molasses into the remaining half of the soap. You may need to warm the molasses a little to get it to pour, but do not let it get hot or the batch can curdle. Slowly drizzle it over the soap and stir it in. Don’t add too much at once and work slowly!

Swirl the two halves together in the mould. 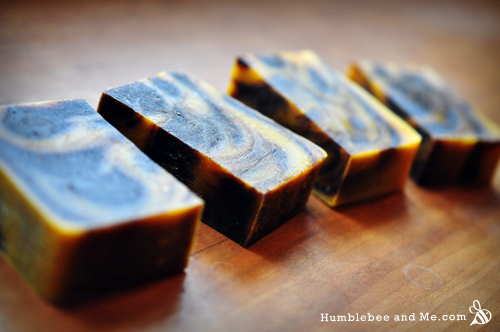 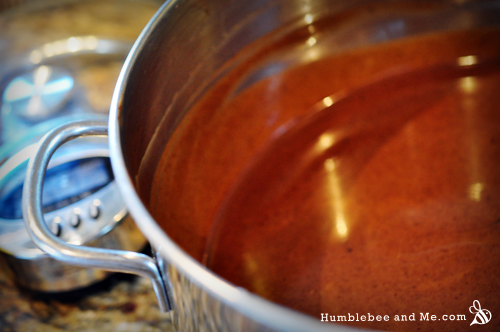 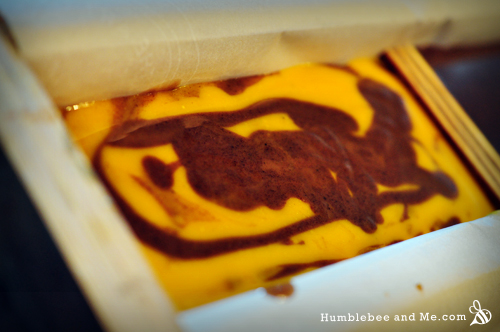