Oatmeal is, perhaps, the quintessential Scottish breakfast, meaning it’s in my genes to love it. It’s always been a classic weekend breakfast in my house, served with fresh fruit, milk, and lots of brown sugar. Yum. As I’ve grown up I’ve branched out into other toppings (maple syrup, granola, yoghurt, and even peanut butter!), but there’s still nothing quite like a warm bowl of porridge on a chilly morning. 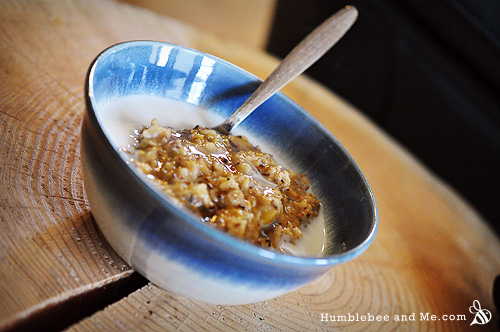 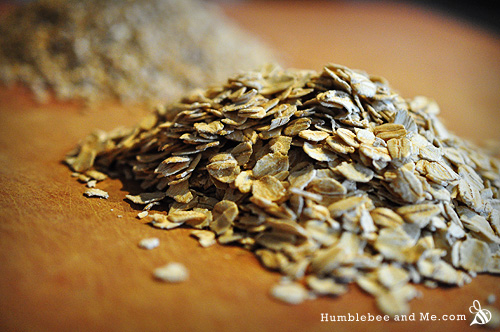 Whole grain rolled oats; see how they’re round-ish, and the flakes are bigger than 5-minute or instant oats?

Instant and quick cooking oats are the lowest on the rung as far as oats go. Rolled, whole oats are my favorite compromise oat—quick cooking, but with great texture and lots of fibre. 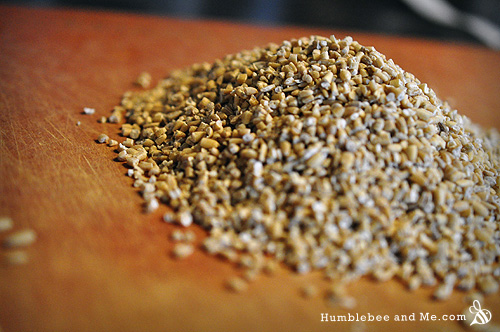 Then there are steel cut oats, which are chopped up oat groats. Since they haven’t been steamed and rolled, they’re like little pellets. 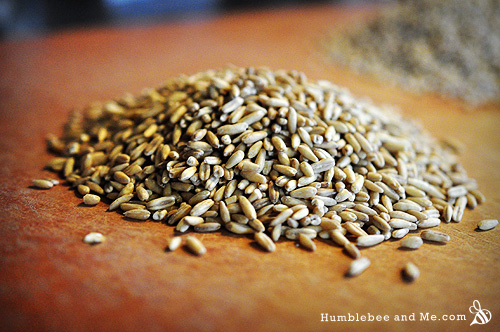 Hulled oat groats—note how you can’t see the indigestible husk hanging out in there? That’s good. I once bought un-hulled oat groats and they were awful!

Then, oat groats; about the closest you can get to what comes off at harvest time without getting whole oat groats, which still have the husk on them (which makes for very poor eating, which I know from a very chewy experience or two). 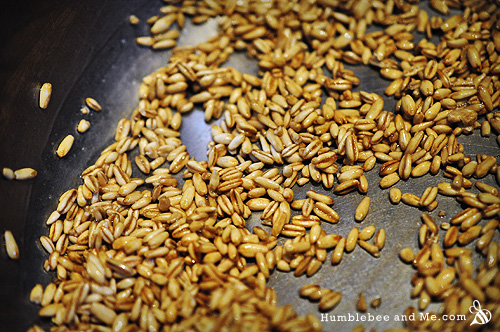 I developed this Trifecta Oatmeal to use my three favourite kinds of oats; rolled whole, steel cut, and oat groats. It’s got a wonderful variety of textures and lots of great, oaty flavour. I toast the oats before cooking them to ensure lots of great, toasty tastiness. 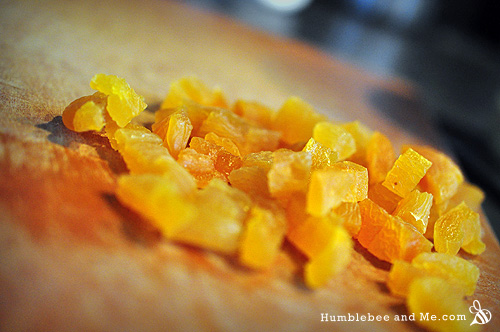 I like to add some chopped dried fruit to the pot as the oats simmer—it helps naturally sweeten the porridge.

The different types of oats require different cooking times, so there’s some staggering (and a bit of babysitting), but it’s totally worth it. I tend to make a big ‘ol batch and eat it over the course of the week with different toppings. 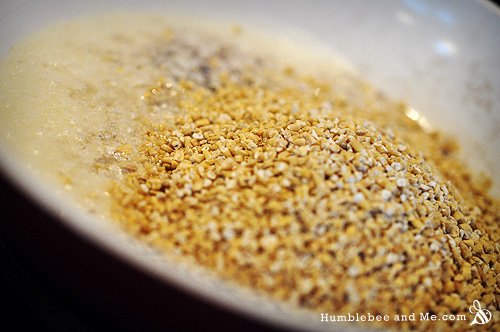 The final porridge will be thick, creamy, and chewy. My favourite part about it, aside from the awesome flavour and the presence of texture (something most porridge lacks), is how this oatmeal isn’t at all gluey. Oatmeal made from plain rolled oats has a tendency to sit in my stomach like a lump of papier mache. Not so with this stuff! 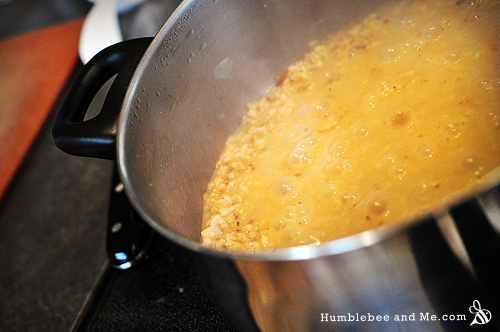 Top with milk or cream, fresh fruit, and a drizzle of maple syrup or honey. Yum yum yum. 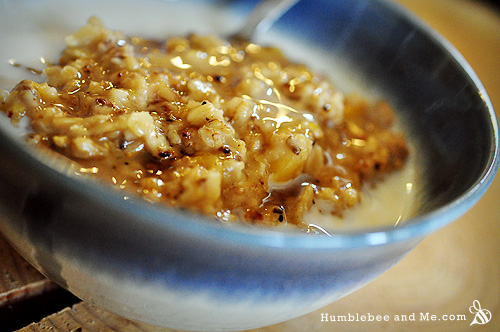 Butter, for toasting
Water, for cooking

You’ll need two pots for this one; one heavy bottomed sauce pot for cooking, and a cast iron frying pan for toasting the oats.

Begin by toasting the oat groats in butter in the sauce pot until they’re golden and fragrant. Add two cups (500mL) of boiling water and simmer for 20 minutes. Keep an eye on the porridge, stirring, and adding more hot water as needed.

Toast the steel cut oats in butter in the cast iron frying pan until they’re golden and fragrant. Transfer to the sauce pot and add some more water. Simmer another 20 minutes, stirring.

Toast the rolled oats in butter in the cast iron frying pan until they’re golden and fragrant. Transfer to the sauce pot and add some more water. Simmer a final 20 minutes, stirring, and adding water as necessary.

Taste to ensure the oats are tender. Top with milk, fruit, and maple syrup. Enjoy!

TIP: Add some chopped dried fruit or a chopped over-ripe banana to the porridge while it simmers. It will mostly dissolve and give the porridge a nice, natural sweetness.