Vinolia Soap Re-Creation (The Soap on the RMS Titanic)

It was only a matter of time before my love of Titanic merged with my new soaping hobby. The first class soap on the RMS Titanic was called Vinolia—Vinolia Otto Toilet Soap. The “otto” being for the type of rose, I presume, as the soap is said to have smelled of lemon and rose. 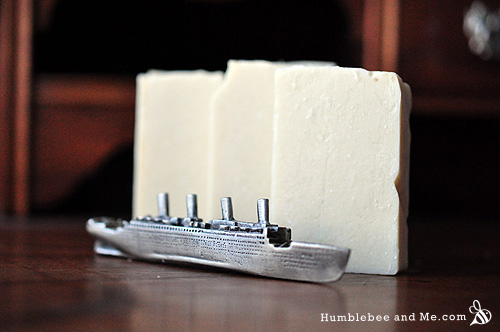 The ads say the soap “is perfect for sensitive skins and delicate complexions. Its rich, cleansing lather soothes and softens, and for regular Toiler use there is no soap more delightful.” It retailed for 35¢ a bar in 1912. You can still buy it today, but the formula has changed. 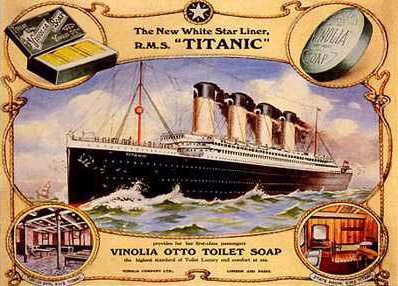 The term “toilet” soap referred to the fact that the soap was gentle enough for use on the face. Not in the oils used, but in the amount of lye being appropriate for the amount of oils so there was no leftover lye leftover in the soap to singe an unsuspecting user! In the days before digital scales and Soap Calculators, it was a lot easier to end up with a soap that would burn more than bubble. 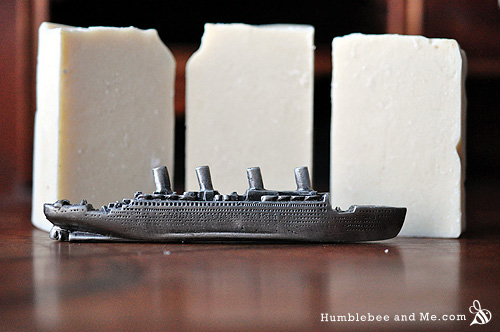 Vinolia is now made with coconut oil and cheap petroleum based oils. Though petroleum jelly did exist back in 1912, I have a hard time believing it would have been used in fancy, expensive soap for the first class passengers on the nicest ship in the world. 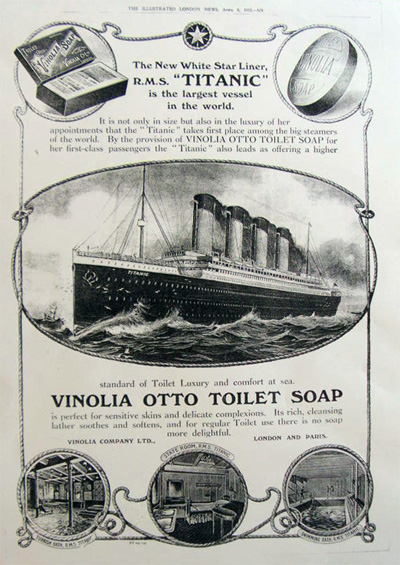 Tallow and lard would have been common ingredients for soap, though, being readily available and very traditional. This PDF of Antique Soap Recipes mentions “cocoanut oil”, and though I’m not 100% certain, I’m going to assume they’re talking about coconut, not cocoa nut, as coconut oil is very useful in soap making. There’s also mention of castor oil (USA / Canada), olive oil (pomace) (USA / Canada), palm oil, linseed (flax) oil, and a wide variety of essential oils. The only mentions of petroleum are reserved for things like dog soap and machine soap—the finer “toilet” soaps are all plant based. 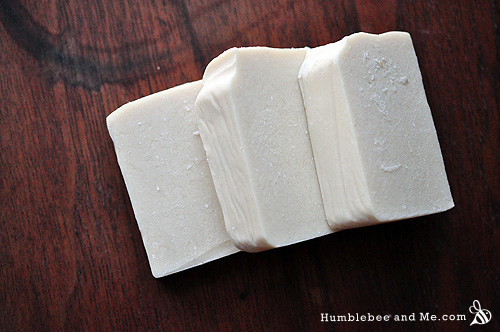 So, I based my recipe on the description of the soap in the ads, my knowledge of what oils were in use at the time, and my moderate soaping experience. I settled on a recipe of olive oil (pomace) (USA / Canada), coconut oil, lard (I’m out of beef tallow), castor oil (USA / Canada), and unrefined shea butter (USA / Canada). I have no evidence of unrefined shea butter (USA / Canada) being in use for soap or other body products at the time, but it makes a lovely bar of soap, and I feel like using it is in keeping with the spirit of a beautiful bar of soap. If you want to be extra authentic, replace it with more olive oil (pomace) (USA / Canada).

I added some white kaolin clay (USA / Canada) and titanium dioxide to make the bar white (or whiter than it would have been), as it is in the illustrations. I used lemon essential oil, but I will confess I did use frangrance oil for the rose—15mL of Rose Otto essential oil is $272.40, and I would have needed around 25mL for this batch of soap (I made a 700g batch). Ouch!

Calculate to a 5% superfat (or lye discount)