Why is my body butter not whipping?

Have you ever whipped up an utterly decadent body butter, only to find it transformed into a hard, crumbly brick when left overnight? Or perhaps you were whipping up a gorgeous blend of butters that suddenly collapsed into soft gloppy mess? Whipped body butters are absolutely decadent, but they can also be a bit finicky. Today we’re looking at the common reasons why your body butters aren’t whipping (or staying whippy) and how to fix that! 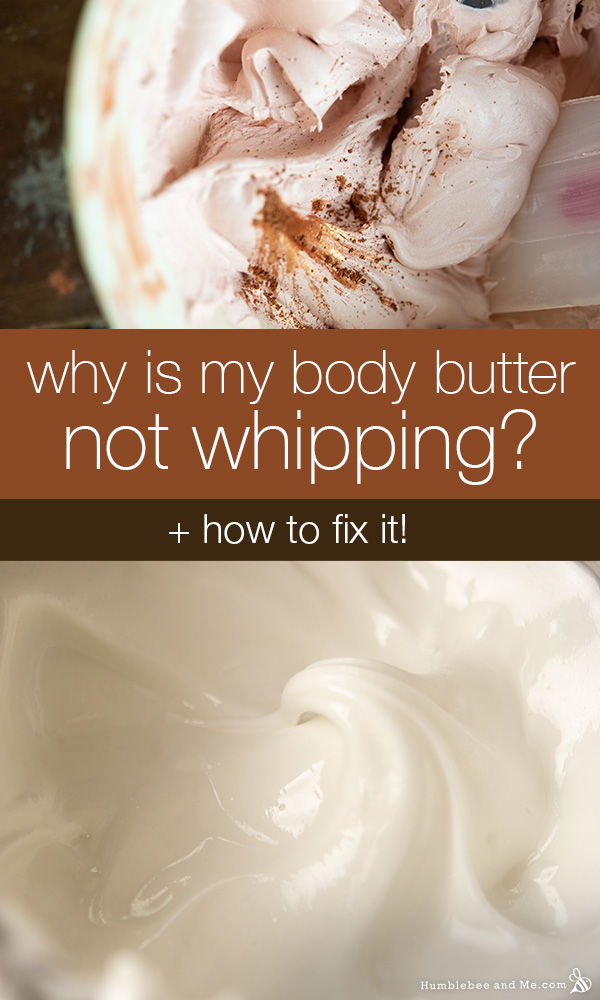 What is whipped body butter?

For the purposes of this article, whipped body butter is an anhydrous (water-free) skin moisturizer. It is a soft solid that has been whipped to incorporate air, resulting in a light and fluffy finished formulation that is softer and melts faster than un-whipped body butters. 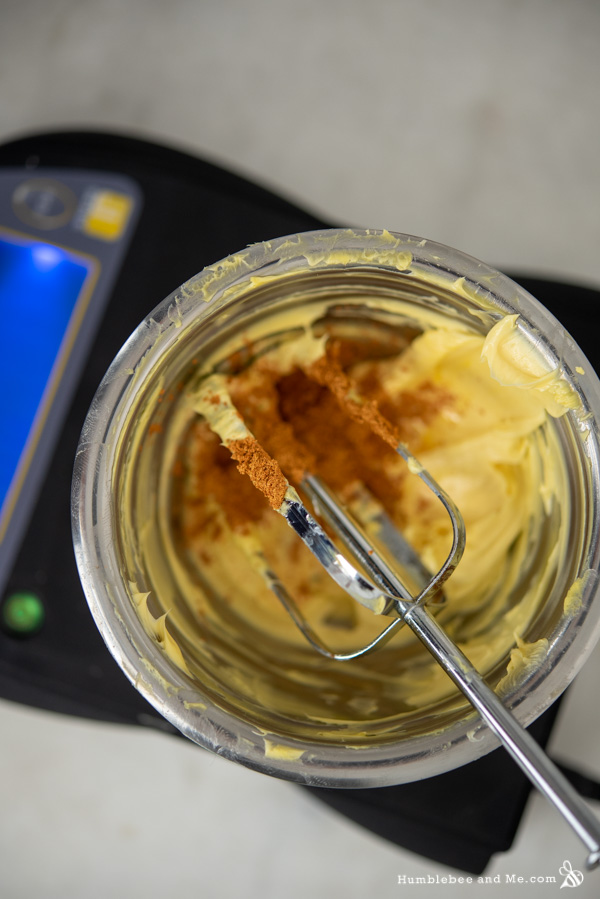 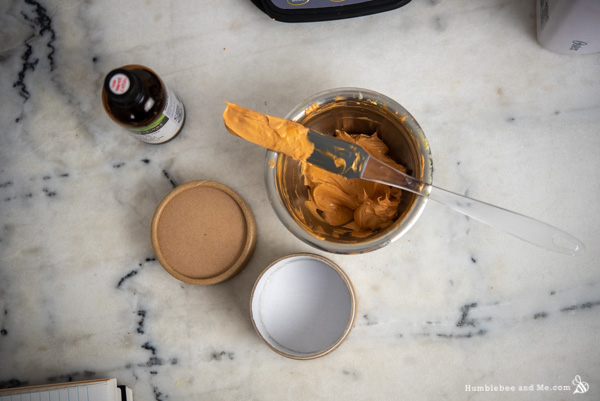 How do you know your body butter isn’t whipping?

The first one is obvious straight away as you are trying to whip the butter: you are whipping away with your beaters and the body butter is just pooling at the bottom of the bowl instead of getting all light and fluffy.

The second whippy flop takes a couple hours to a couple days to set in; this is when you come back to use that beautiful butter you whipped up earlier and it’s seized and gotten all hard and crumbly. Bummer 😕 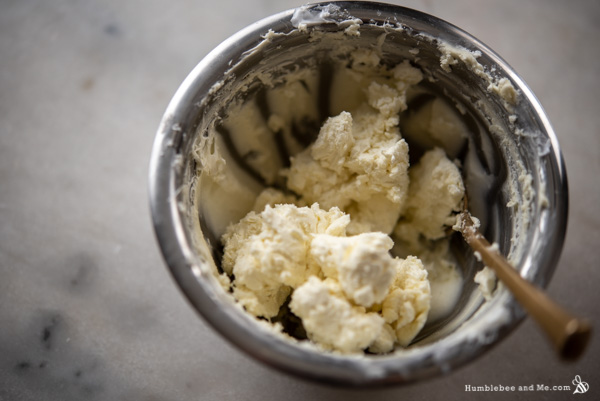 Why isn’t it whipping?

There quite a few different reasons a whipped body butter can rebel; let’s look at the different causes (and fixes). These reasons can be broadly separated into formulation and manufacturing/technique.

The fat blend is too soft and can’t hold air in it.

In order to be whip-able, your fat blend needs to be a soft solid at room temperature. If it’s so soft that it tends towards liquid, you won’t be able to whip any air into it. If your body butter liquifies in the bottom of the bowl from the get-go, you need to increase the percentage of solid ingredients and reduce the percentage of liquid ingredients.

“Too soft” is very dependent on the ambient temperature where you live; you may encounter this with formulations created by other formulators if you live somewhere warmer than the original formulator does.

Learn more: Why is my body butter melting? 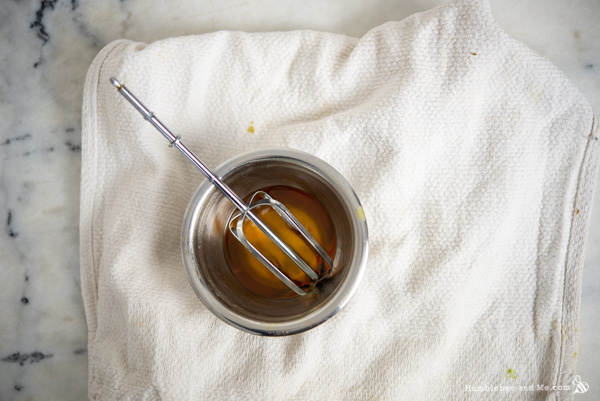 The fat blend is too hard.

This is generally the problem when your body butter becomes hard and crumbly when left to sit. I’ve found you can whip up almost any mixture of solid butters if it’s solid enough; the challenge is if it stays soft and whippy. Just as with “too soft”, “too hard” is very dependent on the ambient temperature where you live. What is “too hard” for me might be “too soft” for you if you live somewhere quite a lot warmer than I do (and vice versa!). 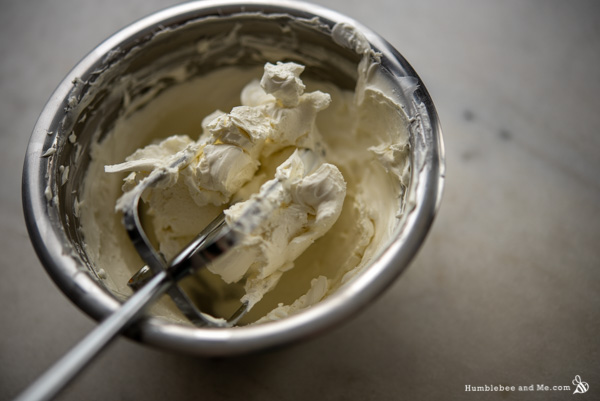 This has heaps of cocoa butter in it; it whips up beautifully but gets hard and chunky when left to sit.

In order for whipped body butters to be soft, they need to be made up of mostly soft, squishable butters—butters that are malleable at room temperature. Popular choices include shea butter, mango butter, murumuru butter, and cupuaçu butter. That soft butter (or blend of soft butters) is then softened to a just right point with liquid ingredients like liquid oils and esters. It needs to be solid enough to whip, but soft enough to stay soft and whippy. If the solid base hasn’t been softened enough (and “enough” is very dependent on ambient temperature!), the whipped body butter will seize up when left to sit. If this happens you’ll need to shift the balance of the formulation to include a higher percentage of liquids and a lower percentage of solids.

If your fat blend contains a high concentration of ingredients that are brittle at room temperature, like cocoa butter or waxes, that could be why your body butter is getting hard and crumbly when left to sit. Brittle-hard butters and ingredients will want to revert to being brittle-hard, and if there’s enough of them in your formulation they’ll make your body butter brittle and crumbly as they do that. It’s definitely possible to make whipped body butters that contain brittle ingredients, but you’ll need to experiment to find out how much your formulation can handle while still maintaining its light, whippy consistency. Check out my Chocolate Cherry Whipped Body Butter for an example.

The mixture is warming up too much as you whip it

The friction of whipping warms the butter; this is why it’s possible to whip up a too-hard fat blend and have it seem perfect, only to seize up when left at room temperature. This is also why your body butter whipping might be going brilliantly and then—whomp—your fluffy body butter collapses into a sloppy soft liquid. 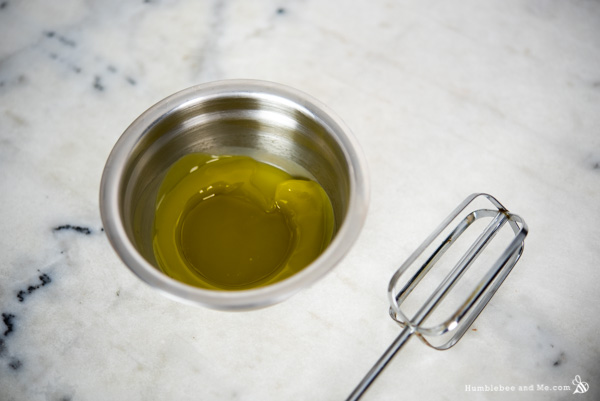 Melting your fats together vs. simply whipping them together at room temperature can result in fat blends with surprisingly different levels of hardness. If the formulation you’re following was designed to be cold-processed and you opt to melt everything together first, that might not work out well at all. This one isn’t a sure flop, but if you’ve made this swap and the body butter isn’t working out, this might be why. 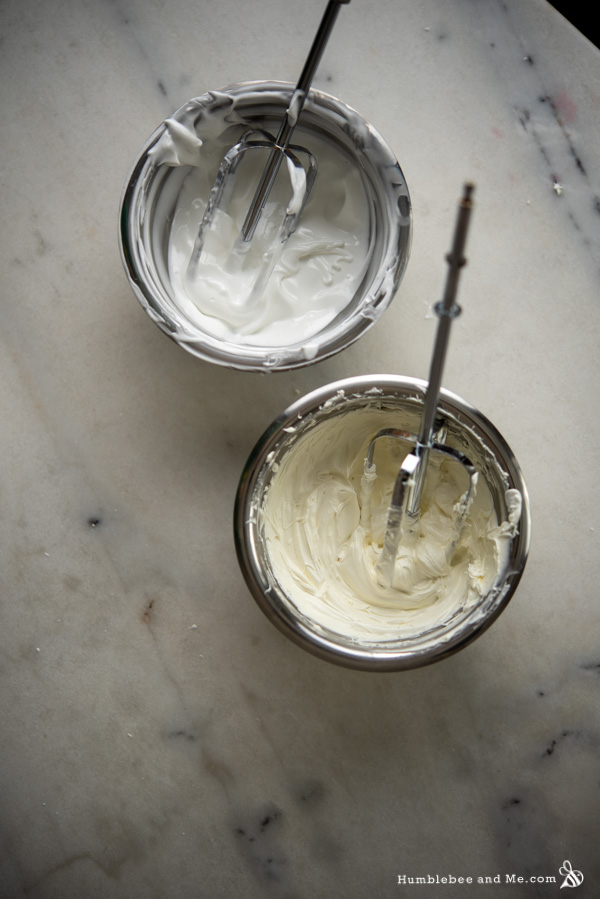 This is another “not a sure flop, but if you’ve done this and the formulation isn’t working out, this might be why” thing.

Fall 2022: Want to learn more about natural lotion formulation? Formula Botanica is currently offering a free formulation masterclass that will teach you about using natural actives and more! You can sign up here 🙂

How can you fix it?

Your un-whipped fat blend needs to be soft at room temperature; if it’s too hard, your body butter won’t stay soft and whippy. If your formulation features lots of brittle/hard solid ingredients try reducing the percentage of those for ingredients that are soft solids. It doesn’t have to be 50%+ soft butters by any means (it varies with ambient temperature, the specific butters, and whipping methods)—but there should be soft butters, and those butters will play a meaningful role in the experience of the finished formulation. 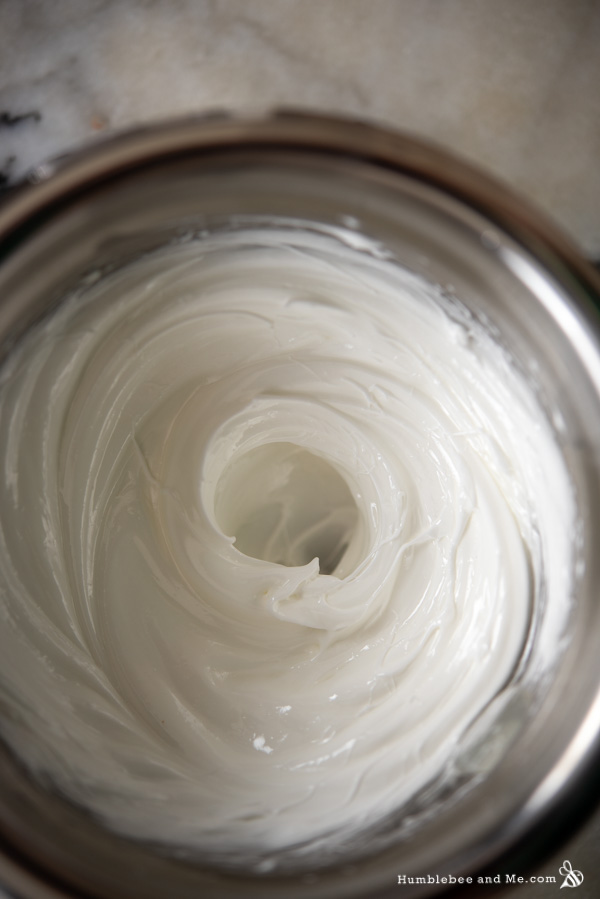 Tweak the balance between the soft solids and the liquids

The perfect balance between soft solid and liquid will vary with ambient temperature and the specific butters you’re working with. If your fat blend is too soft (and it’s not because it’s warming up too much while whipping), adjust the fat blend to include more soft butters and less liquid oils. If your butter is getting too hard when left to settle, adjust the fat blend to include more liquid oils and less soft butters. 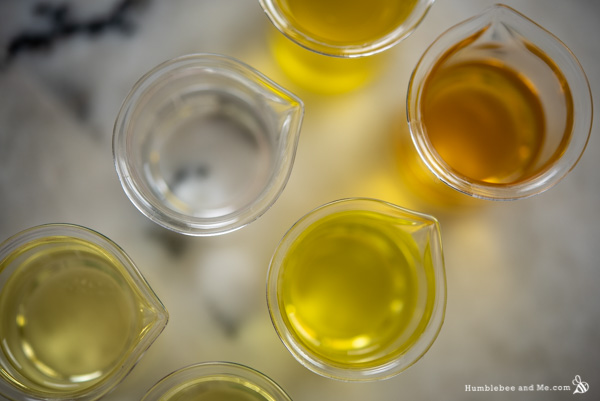 If you aren’t sure, give it time. Whip and wait. I never declare a whipped body butter formulation “done” until it’s proved that it stays soft for days at room temperature. It can also be helpful to whip up a few different ratios so you can compare them side-by-side, as I did here. 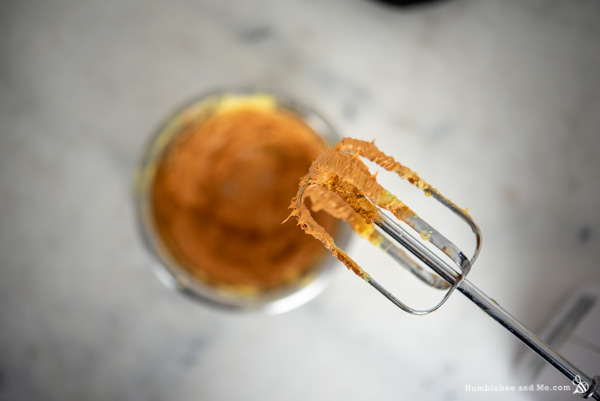 If you find your butter is getting too soft as you’re whipping it, experiment with different ways to keep it cool while you work.