Here in Calgary, December 21 is a short, dark day. The sun rises at 8:37AM and sets at 4:32PM, giving us a whopping seven hours, fifty-four minutes, and seventeen seconds with which to go about our daylight requiring business. That’s less than half the daylight we have on the summer solstice in June. We’ve got nothing on the far north, but even somewhere comparatively close (latitude-wise, at least) like Toronto gets noticeably more daylight than we do on the darkest day of the year. 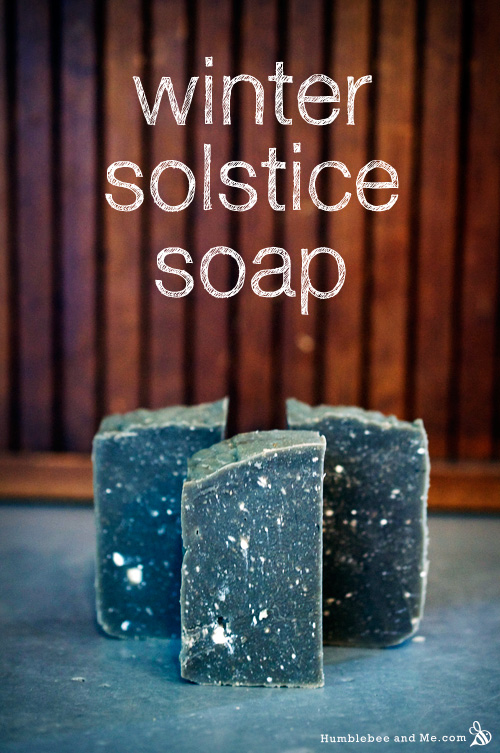 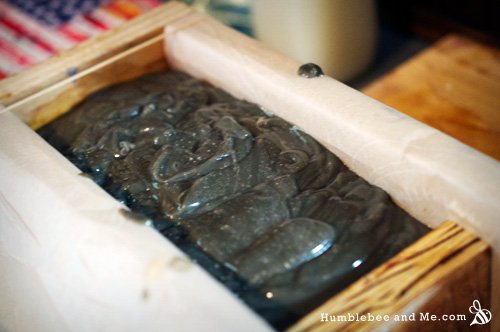 This winter solstice soap is my sudsy tribute to this, the darkest day of the year. With Dead Sea mud and Australian black clay to darken it up, and some clods of white clay and titanium dioxide to act as stars, it’s a striking bar. 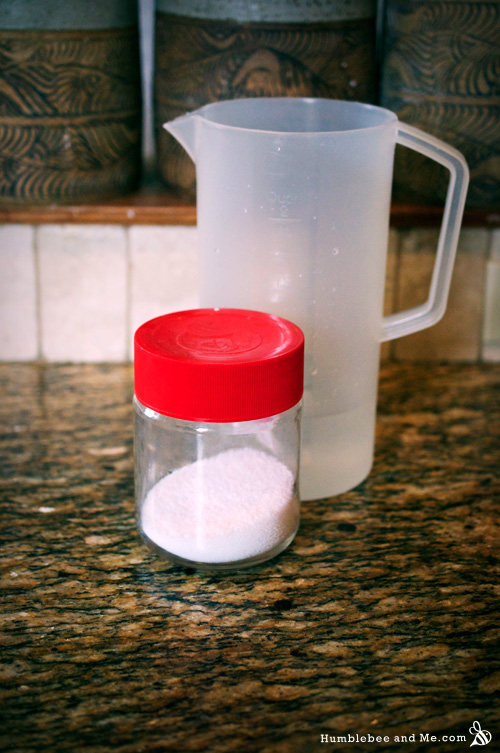 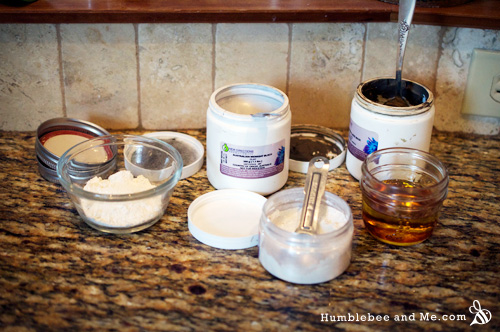 I’ve scented it with cajeput and eucalyptus for their clear, cool scents—like that of cold air on a dark winter night. I’ve also added a hint of cade for some smoke, for who wouldn’t want a fire on a night like tonight? 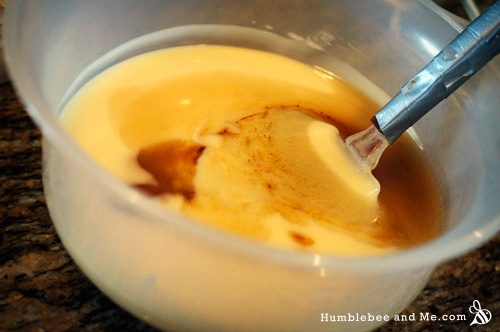 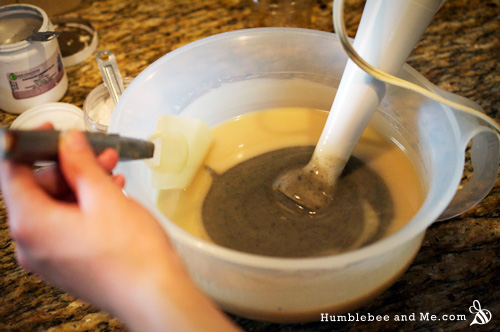 As you might have guessed, this bar can leave a bit of darkness behind. I don’t recommend pairing it with white washcloths, but my test subjects haven’t had any major complaints. 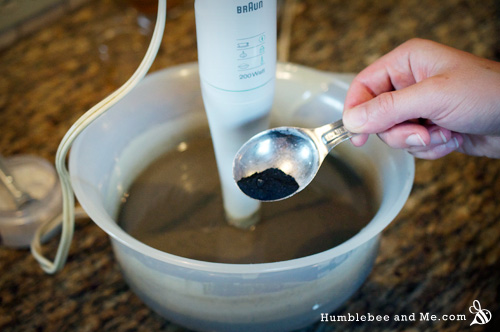 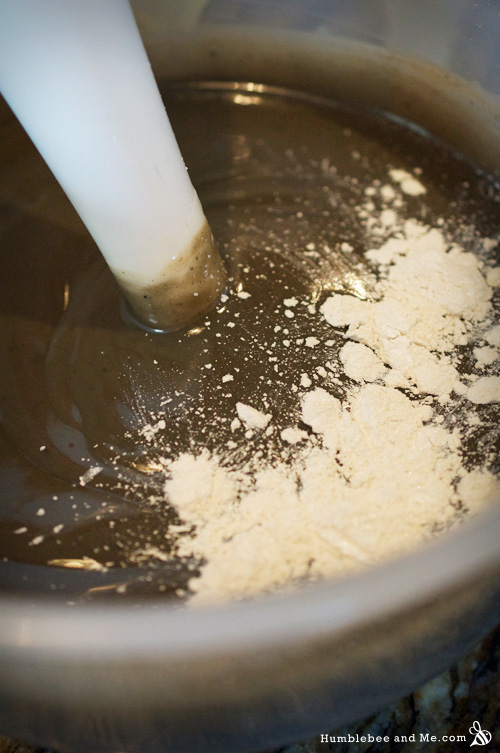 These bars are smooth, smokey, and pretty darn cool. The menfolk I’ve gifted it to love the smokeyness, describing it affectionately with memories of camping trips and smoked meat. I love it, and I think you will, too. 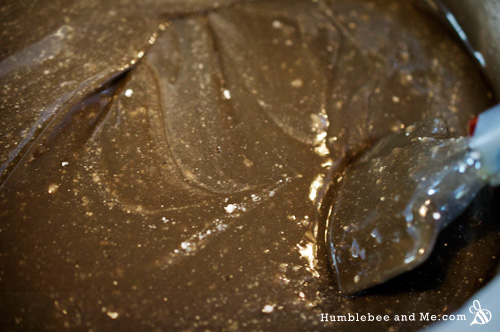 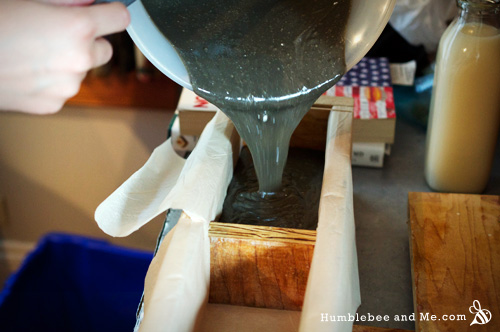 Follow my standard soap making instructions. When you reach trace, blend in the essential oils, the Dead Sea mud, the Australian black clay, and the silver mica. You should have a dark grey bar—we’re not aiming for pure black to spare you some cleaning. Be sure to use your immersion blender here to get a nice, smooth, even grey tone throughout. Take the batter to a medium trace, like pudding.

Now for the stars. I devised this way of getting stars into the bar from previous lazy clay blending efforts. Basically, clays and oxides like to clump in soap, and unless you blend them in with an immersion blender you’ll get suspended little blobs in your soap. That’s usually not desireable, but it’s exactly what we’re going for here—little white blobs and dots in our “night sky”. So, put away your blender and use a spatula to lightly stir in the white kaolin clay (USA / Canada) and titanium dioxide. You should have lots of little white bits and blobs.

Pour the soap into your mould, tapping the mould on the counter to knock out any air bubbles. Lightly insulate and let saponify for 24 hours. You’ll want to slice these bars with some dental floss or fine wire rather than a knife as the knife drags and will blur/streak your “stars”.

Age for 3–4 weeks before using. Enjoy! 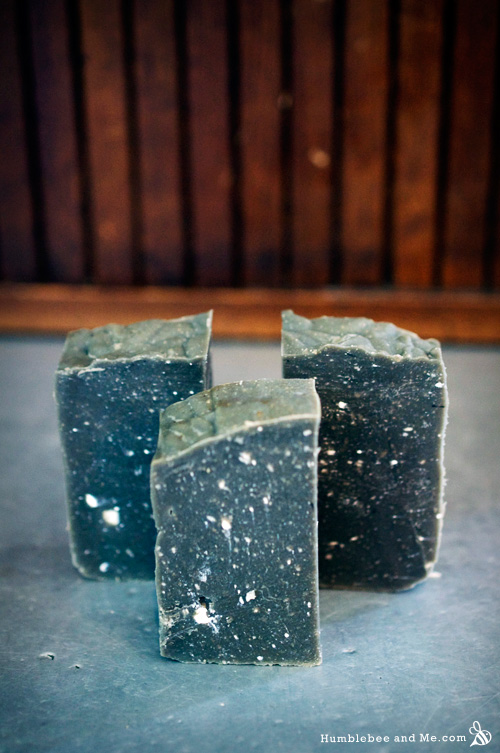 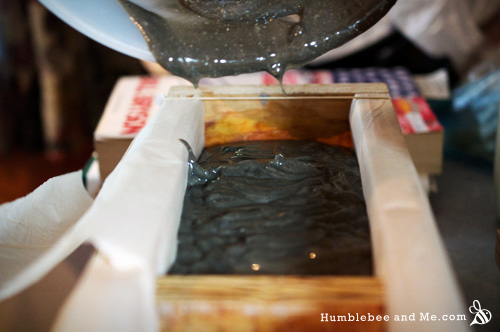